BlazBlue is a fighting game franchise near and dear to my heart. The original BlazBlue: Calamity Trigger marked the start of both my college and competitive fighting careers. I’ve been there for every high and low the series has had, from horrible infinites to one of the most emotional EVO finals out there. BlazBlue: Central Fiction is the supposed last game in the franchise, at least within the immediate future. This has been one hell of an eight year journey for me and many other fans, and I can’t think of a better closing game to the series than Central Fiction. 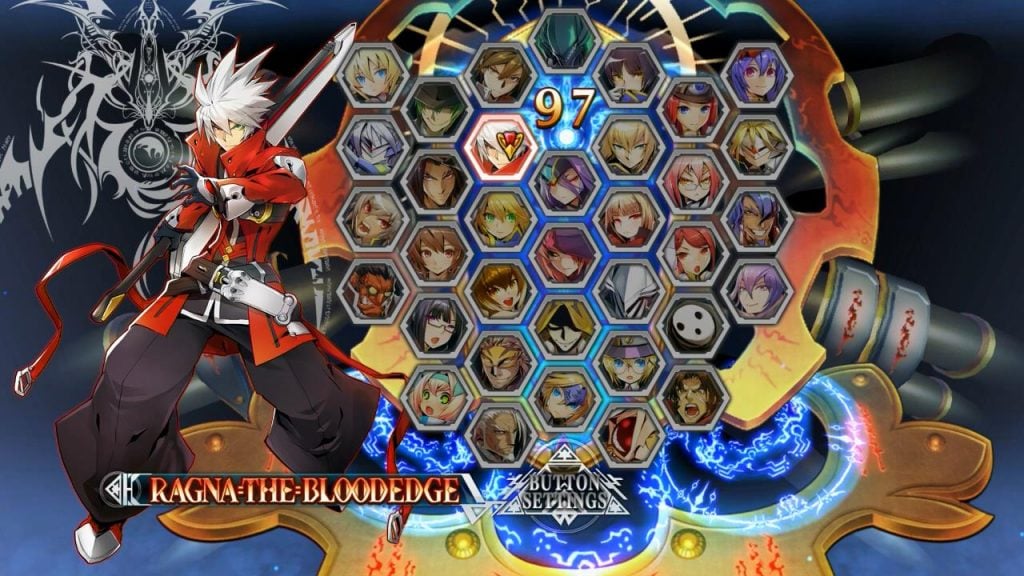 BlazBlue’s playable cast has grown from a meager twelve to a sizable thirty-five over the past eight years. Each character stands out, and even those that look similar play in wildly different ways.  The large cast remains varied thanks to the game’s “Drive” mechanic, which gives each character their own exclusive gimmick. For instance, Nu-13 and Lambda-11 are robot-like characters with the exact same visual design and similar move sets, but very different playstyles. Nu is a ranged character, and her drive shoots projectiles that help her zone her opponents out and stay out. She’s a slippery fighter that does best at range, but falters in close-quarters. Lambda is the exact opposite. She has a similar drive to Nu, but her projectiles are much smaller, and are better for punishing other zoning characters since most of her damage comes from her melee-ranged normals. 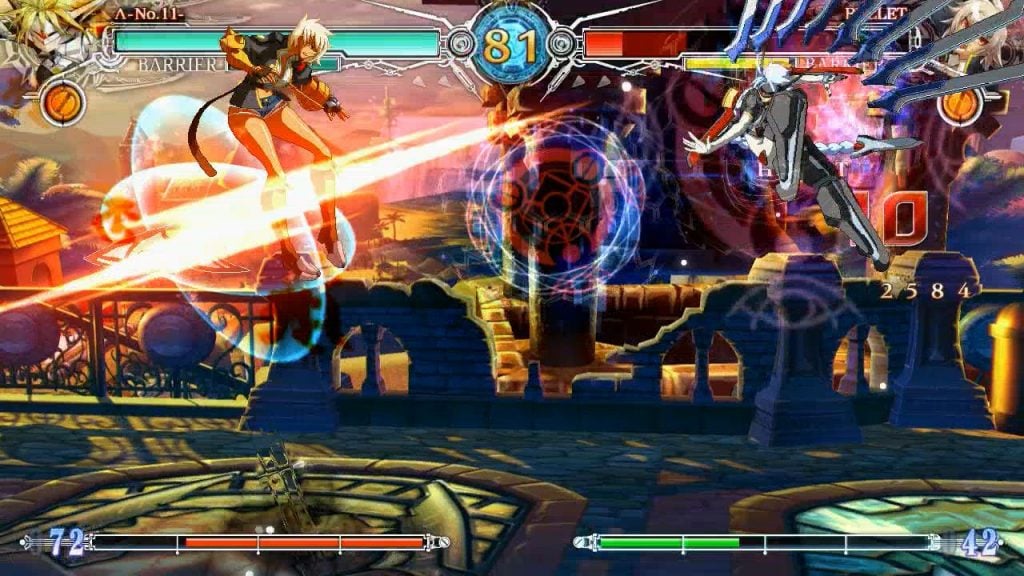 Behind the large cast and varied playstyles is an “easy to pick up, but hard to master” system. Damage is equalized for most of the roster at the lowest level of play, making it easy to jump on anyone and feel like you’re doing something. The game also has a “Stylish” mode, which takes away special inputs but adds in auto-combos. It limits your options compared to the classic fighting game layout, but serves as a nice doorway for newcomers or casual fighting game fans. These elements do not detract from the overall depth Central Fiction has, and the reward for actually learning how to play a character and the game far outweighs the limited options Stylish mode gives you.

BlazBlue often overhauls one aspect of its core gameplay with each new major release, typically some aspect that deals with rewarding aggressiveness. In Continuum Shift this was the “Guard Primer” system, and in Chrono Phantasma they removed this and instead added guard breaking moves and offensive Overdrives. Central Fiction’s “Active Flow” system builds off of Chrono Phantasma’s mechanics rather than reinventing them. Active Flow rewards players that continually force their opponent onto defense by increasing their damage output, the rate at which their Overdrive recharges, and other properties of their moves. This system makes matches much faster and aggressive. In Chrono Phantamsa it was often better to save your Overdrive for a defensive burst that would reset pressure, but in Central Fiction it’s better to use it offensively since you can quickly use and gain your Overdrive back in the same round. 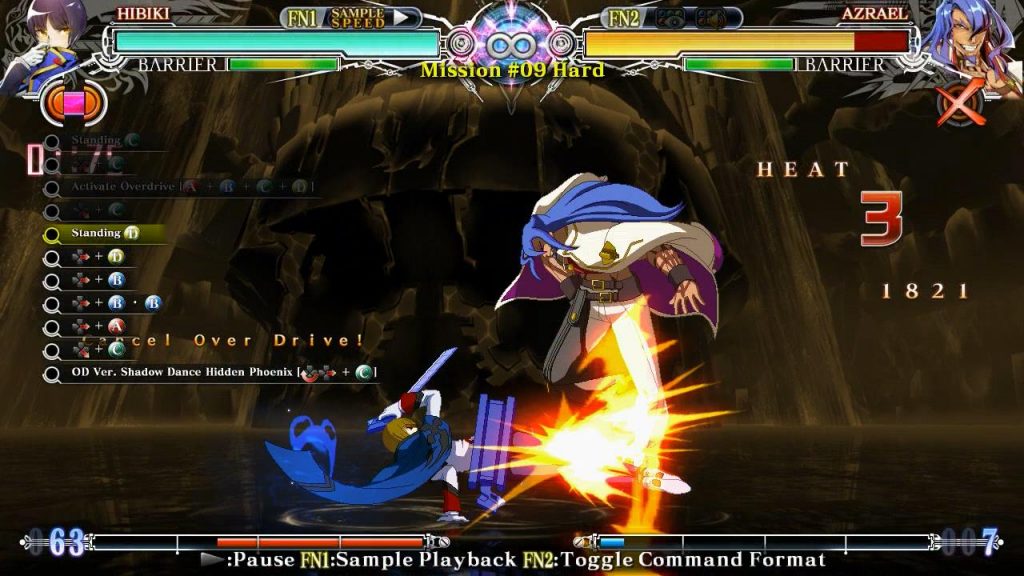 Central Fiction boasts a large amount of tutorials and modes to help players learn the game’s mechanics. The base tutorial comes in chapters that breakdown not only the basics of specific characters, but also those of fighting games in general. Challenge mode is the next step, where players can learn a character’s specific combo routes, even if the combos demonstrating them are sub-optimal. There are of course fighting game staples like training mode, arcade mode, and score attack, but Central Fiction still manages to bring variety to these. Arcade mode has multiple paths, each inspired by different patches that the Japanese arcade version received over the course of the last year. Central Fiction also has Grim Abyss mode; It’s a weird fighter/dungeon crawler hybrid that allows the player to buy stat upgrades for their character of choice while continually fighting harder and harder opponents in a survival-like match.

One of BlazBlue’s most unique aspects is its story mode. The series helped start the stronger focus on fighting games receiving fully-fleshed out characters and plotlines, and Central Fiction doesn’t disappoint on this end. It is hard talk about the actual main story without delving into spoilers, but the game does provide a nice conclusive ending to Ragna’s journey that started eight years ago in Calamity Trigger. That said, this really isn’t a newcomer-friendly story. Despite having a nice, optional, thirty minute recap in its first act, the game doesn’t touch on everything and everyone within the BlazBlue universe. There’s an encyclopedia of sorts in the game’s gallery that explains some terms, characters, and locations, but anyone interested in delving into BlazBlue’s world is better off tracking down the now cheaper prequel games and playing through the story first hand.

Story mode’s biggest weakness has to be its lack of an English dub. Scenes play out like a visual novel. There’s not much actual “scene” and instead it’s mostly character portraits talking to each other, or still images representing what’s going on. Despite there being an option to turn on a function to name who is talking, it’s very easy to get lost in who is saying what if you’re not familiar with the Japanese cast. It’s a little depressing to not hear the English voice actors reprise their roles for the potential final entry, but it doesn’t negatively impact Central Fiction in any way other than its story delivery. 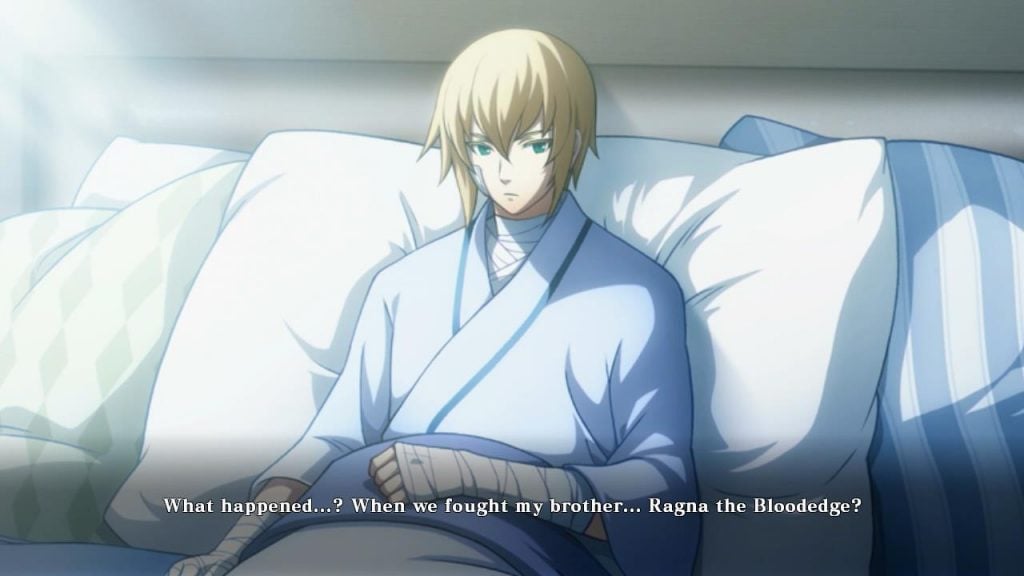 Every mode gives in-game currency that can be spent on a variety of things such as extra color pallets, music, and decorations for the game’s online mode. It’s pretty cool, as in the past these things were often locked behind paid DLC walls. BlazBlue’s soundtrack is an interesting mix of rock and pop, and really shows off the wide range musical talent that series composer Daisuke Ishiwatari has. Many tracks have been remixed over the game’s lifespan, and it’s nice that Central Fiction gives an easy way to listen to the original mixes of older theme songs through its shop system.

Central Fiction’s online experience is one of the best not only for the series, but of fighting games as a whole. It copies a lot from Guilty Gear Xrd, another ArcSys franchise, and it really pays off. Players can face each other in online ranked matches or in a variety of player match setups, the best being the global online lobbies. Lobbies allow for cross-console play between the PS4 and PS3 versions of the game. Normally a PS3 player cannot receive a game invite from a PS4 player, but lobbies circumvent this by allowing people from either console to join the same room. Lag is minimal, if even present. I’ve been playing the import for the past month, and in my time I’ve play against people from the North East and West Coast with practically no dropped inputs or frame skips. Even when playing with people across the Pacific, lag was minimal and would typically clear itself up quickly. 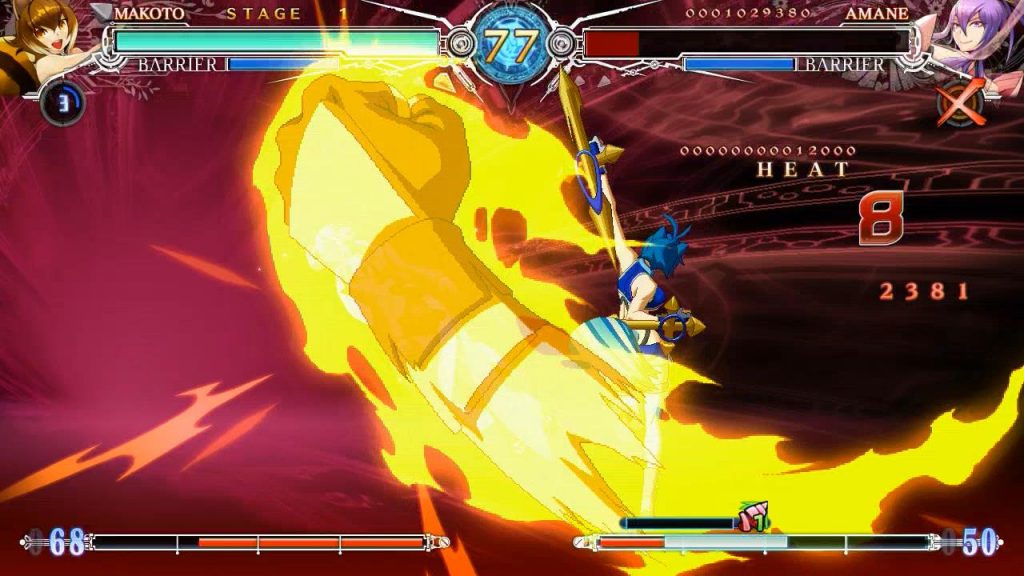 BlazBlue: Central Fiction is an excellent example of a solidly constructed fighter. The game’s large roster and polished mechanics make it the strongest entry in the series. The fast-paced combat of the series feels like it has reached its peak. The new Active Flow system keeps combat fluid and rewards aggressive players. Its visuals and audio are perfectly demonstrated by the game’s diverse cast, second only to Guilty Gear. The story mode provides a nice conclusion to a journey that’s been eight years in the making. BlazBlue: Central Fiction is the fighter I, and many others, have waited several years for, and is a must-have for any fan of air-dasher or combo-intensive fighting games.