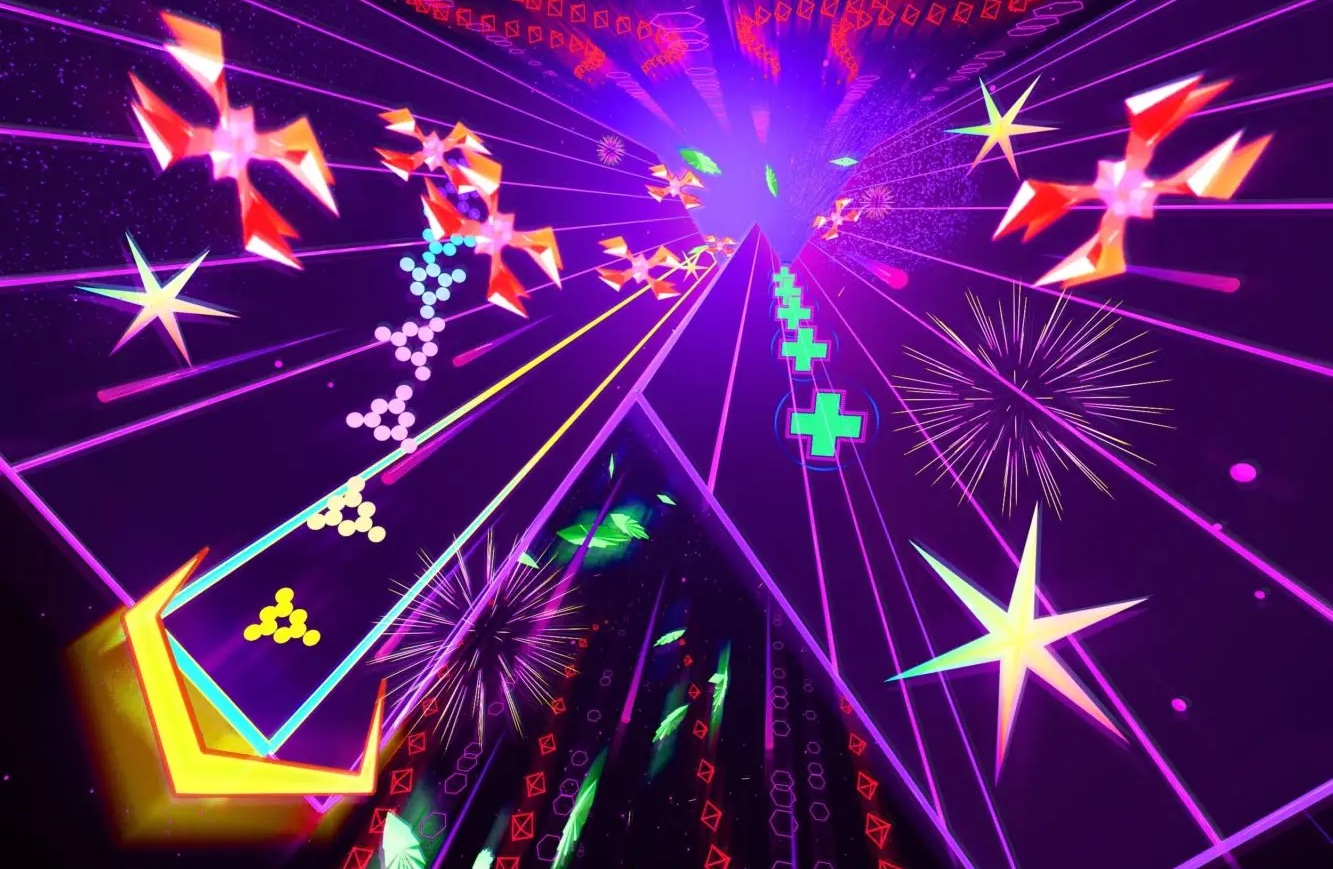 There is nothing like the simple buzz of adrenaline associated with doing well in a classic arcade game. From Galaga to Pac-Man and even Pong, there is a joy to be found in mastering a system and racking up a high score. That said, going back to the originals can be difficult from an aesthetic perspective, as not every retro game looks and sounds as visually stunning as they may have been upon their first release. And then there’s the issue of hardware: many games from the eighties, particularly those featured in arcades, were specifically designed for certain consoles and control schemes. Fortunately, there is Tempest 4000, which originally debuted in 2018 and was recently re-released on Nintendo Switch. Hypnotic, fast-paced, and downright transportive, Tempest 4000 is a stunning reminder that old-school arcade action is still alive and well, no matter the form factor.

Tempest 4000 is technically the next in a line of sequels to the classic 1981 Atari arcade title Tempest. The structure of the recent version is extremely similar to the original: the game is a “tube shooter”, a still-unique way to think about arcade shoot-’em-ups. Imagine a piece of paper, rolled up into a tube. Enemies appear from the far end of the tube and work their way towards the other.

Enemy aliens travel down lanes, occasionally shooting projectiles toward the player, who controls a little staple-shaped craft in the foreground. Instead of only thinking in terms of left and right, or up and down, the player must also consider forward and back. Players must destroy enemies in their lanes before getting hit or touching an enemy themselves. One hit is all it takes to lose a life, and extra lives are few and far between. Dodging incoming fire, collecting powerups, and generally trying not to die; the goal is the same as it ever was. But Tempest 4000 adds a handful of more player-friendly modes and has dazzling visual and audio design that makes the entire experience feel modern and exciting.

It is easy to compare the original Tempest to Space Invaders, but the structure of Tempest feels immediately more engaging. The simple switch of enemies coming towards the screen instead approaching from the top down is instantly more compelling. Tempest also had interesting pacing, changing up stage layouts frequently to test the player. Tempest 4000 takes the base concept of the original and amplifies everything, creating something extremely immersive. The tube shooter lives on, but now there is a layer of neon insanity to the proceedings that make Tempest 4000 a true standout.

Seeing Tempest 4000 in action, it is easy to be overwhelmed by the colorful vectors and nonstop momentum. It will take a handful of “game over” screens to find the flow, but arriving there is half the fun. Stages are surprisingly short, lasting only a few waves of enemies before transporting players to the next layout and configuration. There are 100 levels to overcome, and players only have a few moments to comprehend the layout of a new stage before the game starts flinging different varieties of enemies down the lanes.

Tempest 4000 is interested in recreating short-term thrills, over and over again. Powerups reset at the beginning of every new stage. This sounds like it would be frustrating, but it feels exciting to start from scratch since stages are short anyway. The most useful powerup is the jump ability, which lets players spring towards the screen and leap over enemies who have arrived at the end of a lane and blast down at them. Also helpful is the A.I. Droid, which essentially doubles firepower and massively increases survivability. And if players are skilled enough at defeating foes and increasing their score, they’ll earn coveted extra lives. There is also a screen-wiping super laser that is only available once per stage, which must be used strategically for maximum destructive effect. The formula is great and holds up incredibly well.

This game looks and sounds unbelievable on a Switch OLED. In handheld mode, the action feels frantic but never gets so chaotic as to be unintelligible. Things look crisp and clean, from the lanes and layouts themselves to the simple yet easily discernable enemy designs. Being able to spare a glance towards upcoming foes and looping around the tube to blast them to oblivion always feels great, and the game rewards the player between stages with more chances to increase their score by flying perfectly through rings. The music and visuals sync perfectly, creating something mesmerizing. The game feels akin to Rez or even Sayonara Wild Hearts, providing a similar feeling of multi-sensory satisfaction with a more streamlined focus.

There is nothing quite as awesome as a synthetic voice repeating “YES YES YES” or a text overlay reading “EAT ELECTRIC DEATH” flashing over the screen. Tempest 4000 is relentless, but overcoming the challenge brings an adrenaline rush that only a certain type of game can provide. Llamasoft has captured the spirit of the arcade and transported it to modern consoles. Mastering the unique structure of Tempest 4000 is a delight to the senses, and well worth the time on the Nintendo Switch.