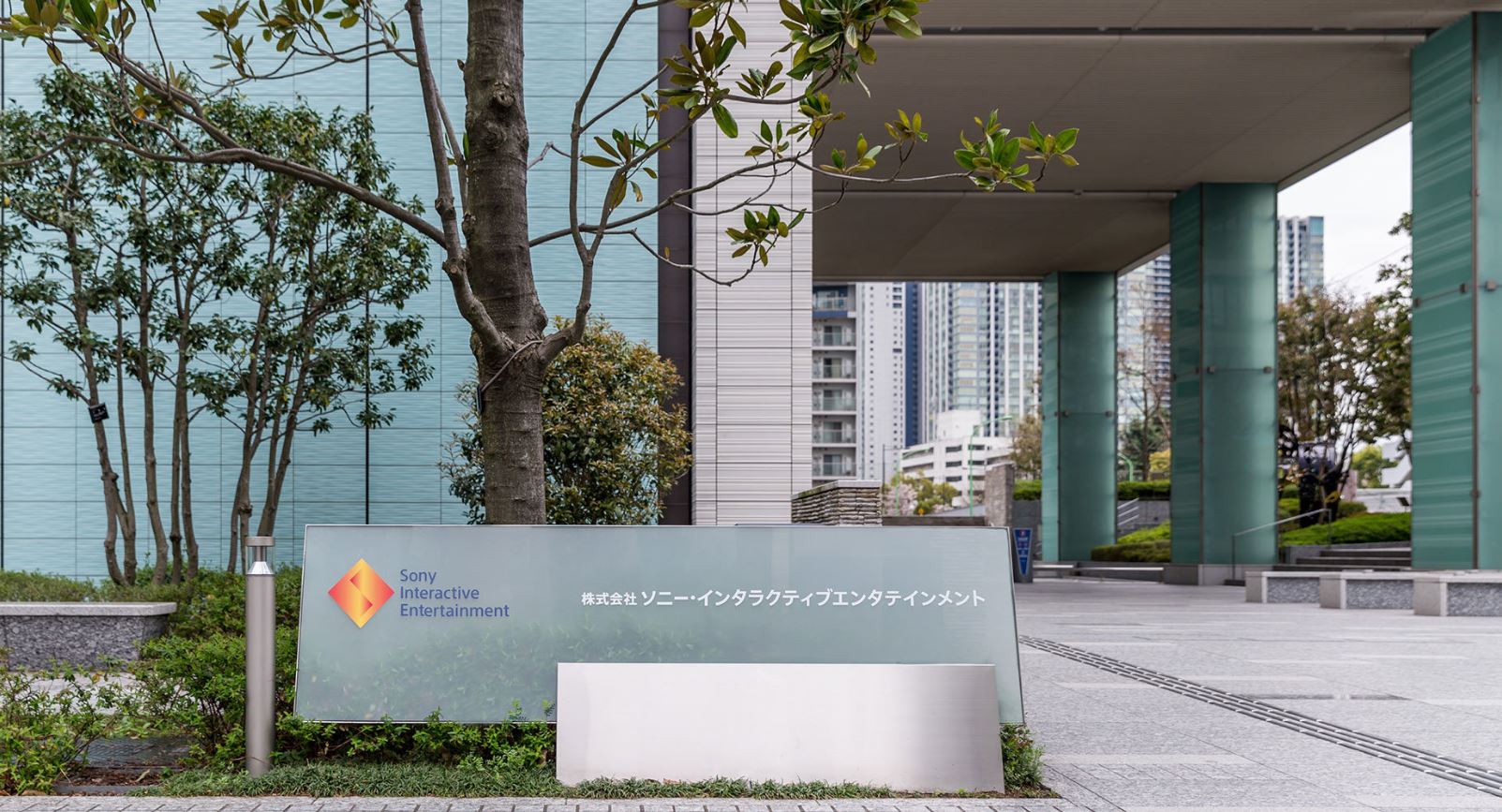 Sony feels like a very different company today than it did even just a decade ago. A gaming brand that once thrived on both quality and variety appears to have taken a more conservative approach with its output in recent years, with a much larger focus on AAA blockbusters over smaller, more experimental titles. Not only has a recent Bloomberg article more or less confirmed this to be the case, but the news also comes amidst a high-profile reshuffling of Japan Studio, one of Sony’s most prolific first-party developers. The studio is now being centered around Astro’s Playroom developer Team ASOBI, which will likely hold back its ability to create distinct first-party products significantly, and numerous developers are already planning to leave the studio as a result. Although the restructuring and the focus on AAA gaming are unlikely to hurt Sony monetarily, especially in the short-term, they are nonetheless disheartening developments that will likely stifle creativity and take away what made Sony as a brand so appealing in the first place.

What Sony Used to Be

It’s difficult to find players who owned either a PlayStation 1 or a PlayStation 2 and didn’t have incredibly fond memories of those systems. When looking at their game libraries, the reason why is obvious. The creative output for those systems, particularly the PS2, was at a level that few other consoles have been able to match, and Japan Studio was one of the driving forces behind that output. Most gaming studios work on specific games and genres that they feel comfortable with, but Japan Studio rarely stuck to a single genre, resulting in an impressively varied repertoire. In the PS1 days, the cartoony platformer Ape Escape, the JRPG epic Legend of Dragoon, and the procedurally-generated rhythm game Vib-Ribbon were all released during the same year, and Japan Studio was at least partially involved in all three. Near the end of the PS2’s lifecycle and the release of the PSP, Japan Studio was involved in the development of both LocoRoco, a quirky puzzle-platformer, and Shadow of the Colossus, a richly-detailed, contemplative “boss rush” game. Their contributions to these systems were immensely valuable, and this is not even getting into the titles they were involved with well after the PS2’s lifecycle ended, like Gravity Rush and Demon’s Souls.

As important as Japan Studio was to the success of Sony’s early systems, it was ultimately only one part of the bigger picture, as Sony allowed many more creative endeavors to thrive. It’s true that Sony benefitted from AAA blockbusters that were at least somewhat akin to those seen today. One of the PS1 and PS2’s biggest franchises, for instance, was Metal Gear Solid, a goofy, surreal, yet relatively grounded military stealth action series with unparalleled production value and a heavy focus on narrative and themes. But Sony also benefitted from surprise successes like Katamari Damacy, a wonderfully unique, bizarre game about rolling up a clump of junk that couldn’t be further removed from the cinematic grit of Metal Gear Solid. Even major Western-developed games that Sony pushed were brimming with variety. Big platforming franchises like Crash Bandicoot and Spyro the Dragon enjoyed great success on Sony’s platforms, and the futuristic racing series Wipeout was a Sony staple that effectively catered to a niche market. The magic of Sony’s old systems was that every player could find a title from either library that appealed to them, and players with a broad set of interests had an almost overwhelming number of unique, memorable experiences to try out. Sony’s willingness to support these titles was one of their biggest strengths, and although the PlayStation 3 saw a more homogenized collection of grungy AAA titles, it nonetheless had its fair share of standouts like the Little Big Planet series.

What Sony Is Now

Nowadays, Sony’s output looks barely anything like how it used to. Its modern consoles still enjoy a healthy array of multiplatform and indie games, but Sony’s core output has become noticeably sterilized. Many of Sony’s console exclusives sport a photorealistic art style built to show off their respective systems’ power, and although the actual gameplay of these titles can vary, many of them tend to stick with certain design trends. Games like The Last of Us Part II and the new God of War are both linear, over-the-shoulder action games with emotional stories about a father or father figure, for example, and other titles like Insomniac’s Spider-Man and Ghost of Tsushima follow the ever-growing open-world action-adventure game trend. The issue isn’t with these titles individually; they are all well-made games with remarkable talent behind them. But there’s an undeniable air of sameness to them, one that can be difficult to describe but can be clearly felt. There is always a place for these sorts of titles in the gaming industry, but it’s hard to get excited about them when most AAA titles follow these same trends.

This is why the decision to downsize Japan Studio’s role is so problematic. Japan Studios was one of the few first-party developers for Sony that, even well into the PS4’s lifecycle, were pushing out genuinely standout titles at a relatively high budget. The reshuffling of Japan Studio by itself isn’t the problem—the fact that, to accomplish this, most of Japan Studio’s staff were let go while the remainder are being left to, as one Sony spokesperson put it, “focus on a single vision and build on the popularity of Astro’s Playroom“ is the real twist of the knife. To be clear, both Astro’s Playroom and its predecessor Astro Bot Rescue Mission were relatively unique, polished titles in their own right, and it’s great that both games were successful enough to warrant more follow-ups. But Astro Bot is only one IP; Japan Studio has proven time and time again that it is capable of working on multiple original projects that satisfy multiple niches. To constrain a developer into only working on one franchise is an unbelievable waste of creative talent, and by doing this, Sony is effectively signaling that it wants less originality in its output, not more.

Paying the Price for Innovation

Of course, there is a very simple reason why Sony is hamstringing Japan Studio in this fashion, and that is because, at least by Sony’s metrics, Japan Studio’s products have not been very financially successful as of late. Japan Studio reportedly focused on catering to the Japanese market first, while hoping for global appeal at the same time, which went against Sony’s desire to push for games that focused on attracting global appeal from the outset. It’s unfortunate that Japan Studio’s recent output was not as commercially successful as it could have been, and it’s not inherently wrong for Sony to express disappointment over this, but effectively disbanding a longtime developer seems like a disproportionate response to the problem. Not every game needs to be a financial juggernaut like The Last of Us, and allowing Japan Studio to focus on smaller titles while setting sales expectations appropriately could really benefit Sony in the long run. Unfortunately, Sony has doubled down on a “go big or go home” approach that almost exclusively encourages safe AAA experiences, and the company is investing even more resources into heavy-hitting studios like Naughty Dog that, frankly, don’t need the extra support.

The Sony of the PS1 and PS2 years and the Sony of today are effectively two entirely different companies. The former garnered financial success and consumer trust by supporting developers’ creative endeavors and allowing them to cater to every kind of niche imaginable. The latter is a business obsessed with the short-term, willing to significantly constrain its developers’ creative freedom in order to cultivate the next mega-hit. Considering that this new Sony is willing to throw the fate of over two decades’ worth of gaming history into uncertainty just to reduce short-term costs, throwing a team of hard-working developers under the bus should come as no surprise. This isn’t meant to evangelize the old Sony, which has undoubtedly made its fair share of bad decisions. But with the new Sony intent on perpetuating the AAA gaming industry’s creative stagnation, it’s hard not to wish for the old Sony to return in some form. At the very least, the old Sony would have allowed developers like Japan Studio to flourish and shape the gaming landscape into more than what it is today.