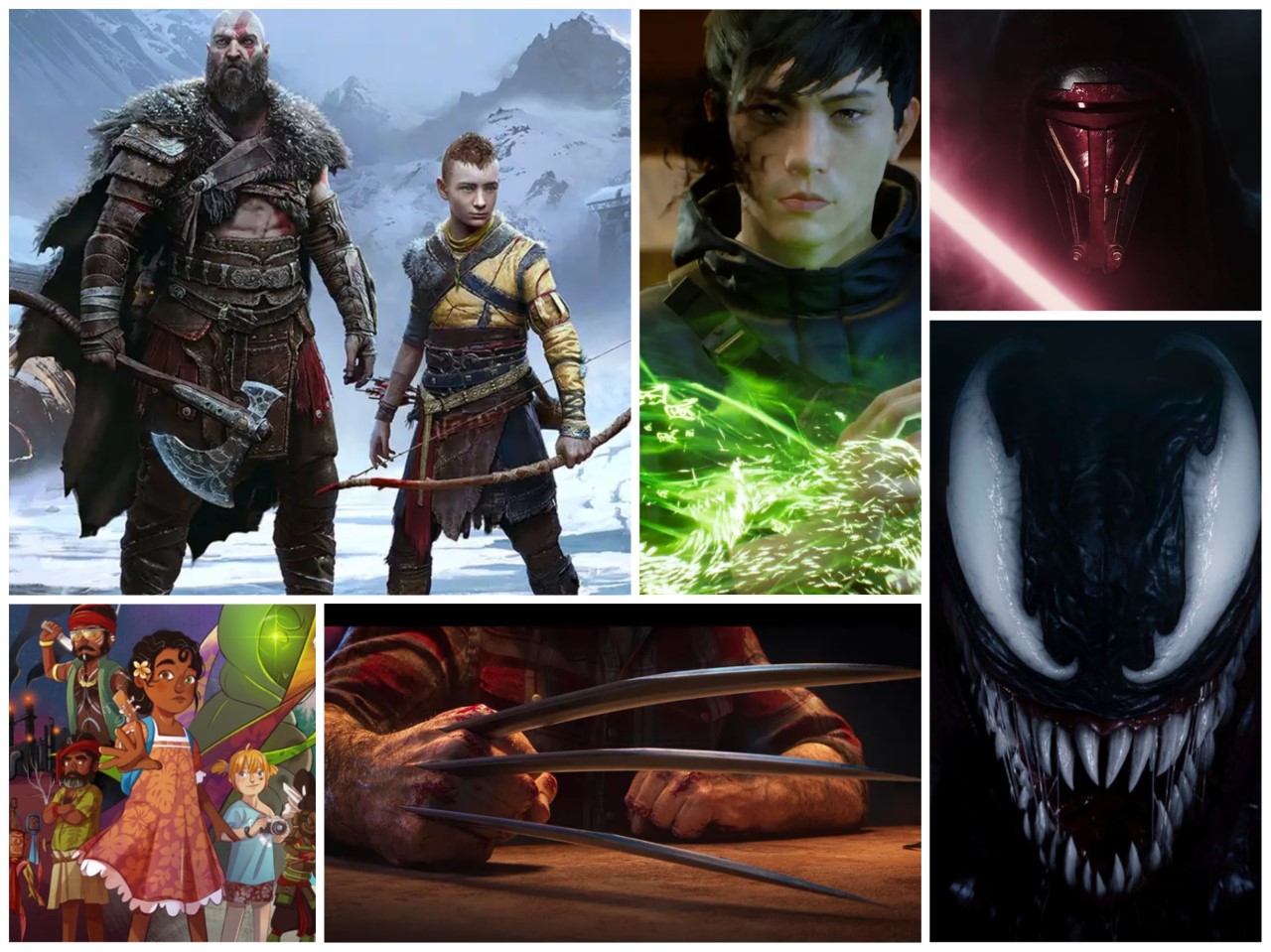 The PlayStation Showcase event showed off tons of content for all sorts of games coming to the PlayStation 4 and PlayStation 5, including trailers, release dates and new gameplay videos for titles such as Project Eve, Tiny Tina’s Wonderlands, Gran Turismo 7, Marvel’s Guardians of the Galaxy, Forspoken and more. We’re going to be taking a look at six reveals in particular, some of which we already knew were coming but didn’t have much information on and some of which were all new announcements. These six were particularly eye catching ones, so let’s get started.

This open world adventure game from indie studio Awaceb was certainly the most wholesome looking game of the PlayStation Event, making it one of the more noteworthy games. The game is set in – as the title states- New Caledonia, an archipelago which is a part of the Melanesia sub region in the Pacific Ocean and part of the French overseas settlements. It is a territory administered by France despite being outside of Europe. According to the PlayStation blog, the games directors are childhood friends who grew up in New Caledonia and with Tchia, they wanted to honour the culture of their homeland whilst also creating a fun and accessible game. The adorable aesthetics of the game are incredibly pleasing visually but there is also an element of the gameplay that stood out here and that was Tchia’s ability to “soul jump” into different animals, taking control of their form briefly. The ukulele gameplay also looks interesting as does the use of the traditional languages used in the game. Tchia looks to be an indie game that is both enjoyable and cultural, offering a look at the New Caledonian history.

As one of the most beloved Star Wars games released to date (and a beloved game in its own right), it is no surprise that Star Wars: Knights of the Old Republic is getting a remake. Honestly, it’s more surprising that it took this long to be confirmed. Bioware were the studio behind the original RPG but this time around the remake comes from Sony Interactive Entertainment, Aspyr and- of course- Lucasfilm Games. Whilst there was no actual gameplay- just an eerie trailer with some narration and a cool lightsaber shot-there is still a ton of hype for this one. Check out the PlayStation Blog article on the Knights of the Old Republic remake here for more.

This reveal was an unexpected- but definitely not unwelcome- announcement. There was talk of Insomniac Games- the team behind the highly successful PlayStation game Marvel’s Spider-Man– making another Marvel game for the console. This was confirmed during the PlayStation event with the short but captivating cinematic trailer for Marvel’s Wolverine. I really hope that they go all out on the R rating with this one. Spider-Man was very much a PG game- as would be expected from the character- but Wolverine is a gritty and vicious character who suits a more mature audience in both the comics and the movies. The same could definitely be said for a game (no matter what that yellow spandex might suggest), so here is hoping that we will be able to slice and dice bad guys into a bloody pulp with this one.

The upcoming spooky, supernatural game Ghostwire: Tokyo– from Bethesda Softworks- got a more detailed gameplay trailer during the PlayStation event. What seems to be particularly interesting about this title is the infusion of a modern day Japan with the myths and legend of Japanese culture. We see creatures and spirits that correspond to Japanese mythology and the games villain dons a Hannya mask, a specific cultural item in Japan that was used in traditional Noh theatre to represent a female demon soul. Even the characters movements are rooted in Japanese culture, as the player character (who we see through a first person perspective) develops supernatural powers and uses them via Kuji-kiri. Kuji-kiri is a practice in traditional Japan that has links to various martial arts. It focuses on the use of nine specific hand gestures which all have different meanings. The one I recognised being used in the trailer was “Zai”- palms facing outwards and fingers spread apart- which means “creation”.  Some of the other meanings of the eight remaining Kuji-kiri include knowing others thoughts (Jin), directing energy (Pyo) and healing (Sha). Perhaps these indicate the sort of powers that the players will gain if they use these gestures in the game? In case you couldn’t tell, I am quite a large fan of mythology and ancient practices from all over the world and so if this is the case with Ghostwire: Tokyo– as it seems to be-, I am one hundred percent on board.

We all knew this was coming at some point but it was still awesome to see it officially revealed. Much like Wolverine, Insomniac’s Marvel’s Spider-Man 2 only had a cinematic trailer to offer at the event but it was more than enough to get the fans of the first game excited, especially a particular reveal surrounding Venom who looks to be the primary antagonist. His design is as creepy as ever and his appearance suggests that the sequel might be taking a darker route than its predecessor. You know, since Venom likes to eat people alive and all that. We also see Peter Parker and Miles Morales tag teaming bad guys together so maybe we will get to choose which Spidey we are playing as or get to switch between them at will? It could be a deuteragonist situation, with the player switching between them throughout the campaign. Either way, this brief glimpse of Venom and of Peter and Miles working together was enough to make me thoroughly excited for Insominac’s sequel. Side note: Insomniac basically carried this event. It had to be said.

Honestly, I was hoping for a little more information on the God of War sequel- God of War: Ragnorak– but I wasn’t expecting a full blown gameplay trailer for it. Sony Santa Monica are returning to develop the sequel and in the trailer, we see Kratos’s son Atreus looking all tall and teenagery- complete with angst- raging as his father wants to sit out the infamous Ragnorak event of Norse mythology (a war that will mark the end of the world basically). Atreus, however, wants to stop it and help people in the process by any means necessary. In the trailer, he even remarks to Kratos to stop “being like a father and start being like a war general”. Ah the irony. If you’ve played the 2018 game, you will know that this is a whole new level of character development. There are glimpses of other characters too- such as returning ones like Freyja and Mimir and new guys Thor, Odin and the Norse God of War, Týr. The gameplay itself looks set to be just as engaging as the first game but with some all new elements intertwined, such as the permanent return of Kratos’s trusty Blades of Chaos and some kind of summoning spell for Atreus who we see riding a ghostly looking deer during combat. This is definitely a game to be excited for as the first one- the reboot of the franchise from 2018- was the perfect example of how to start over with a franchise whilst not completing ignoring its origins and taking away what made the series so momentously memorable in the first place. Hopefully, the sequel will be equally ground-breaking and improve on everything that the first did so well.