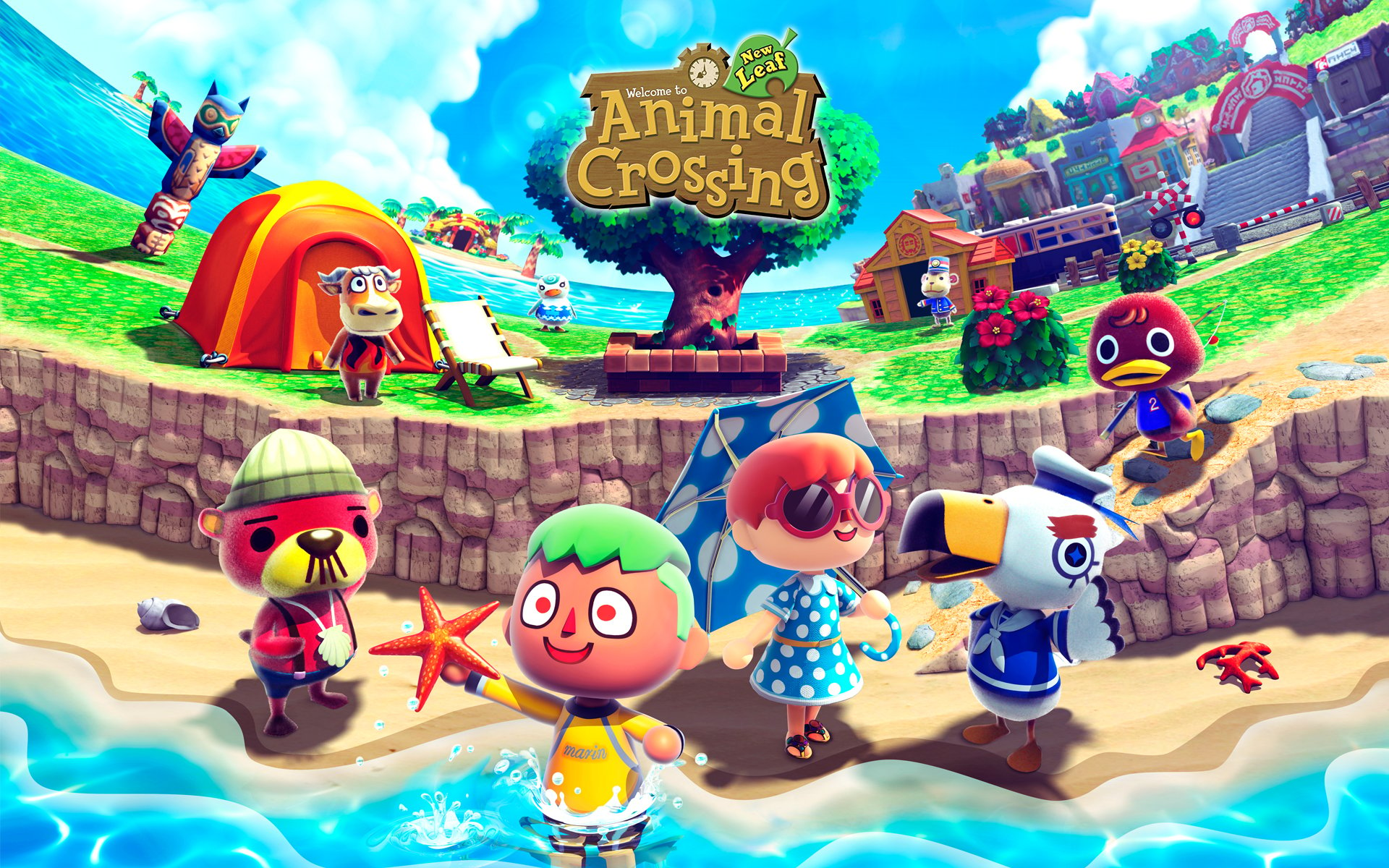 In the summer of 2013 Animal Crossing: New Leaf made up a large part of my life. It took the obscenely addictive template of the series and mastered it, creating a small ecosystem that I would base my daily schedule around and taking up a worrying amount of my time. Every morning the first thing I would do before eating, showering or crying at the existential loneliness of my existence would be to check for new fossils in the ground, new fruits on the trees, and new clothes in the shop. The game became part of me, but that was almost three years ago now, in which time I have not set foot in Dystopia. After finding myself useless and bored one Sunday I decided (with some trepidation) to see what had become of the once great town I resided over.

The first thing I was greeted by was Isabel passive-aggressively telling me that she had been doing all the work around town while I was away. I don’t know what work she’s on about; everything looks the same as I left it. The only thing that has changed is that the café has finally been built, although the coffee rates are extortionate. I suppose that’s what happens when one person has a monopoly for the entire coffee industry. Most of the animals seem happy to see me despite initially almost spasming with shock upon laying eyes upon my Villager for the first time in 3 years; they all seemed to assume that I was dead. The game also treats my character as if he has been in cryosleep this whole time. He now has permanently messy bed-hair, which makes me think he is suffering from the world’s worst hangover. I suppose the last thing you want when your trying to get yourself together after a heavy night is to be greeted by talking animals.

The only resident that was annoyed by my disappearing act was Frank, a flowery-shirted parrot. He was incandescent with rage about my lax attitude towards the town’s well-being. The phrase “us all left behind” even left his beak as he was trying to lay the guilt on me, making it sound as if I had abandoned the town after some sort zombie apocalypse. To be honest, I’m not sure how exactly the animals were able to cope when I wasn’t around without resorting to cannibalism or mass-hysteria. On their own they are completely incompetent, not to mention incredibly tight (after 3 years away they still haven’t found the bells to fund the building of a lighthouse. If a ship crashes into the town and kills all the residents they can only blame themselves), but also they are socially inept. A cat called Rudy called me over during one of his conversations with another villager and asked me what he should say is his reason for training. I said to build your body, which was deemed the ‘wrong’ answer and ‘too obvious’, leaving him in a terrible mood. Rudy would be terrible at dinner parties.

Though Dystopia is in a remarkably good state given the Mayor has been AWOL for about 30 months, I was worried that some extremist, militant regime would form in the absence of leadership. I reckon Frank would be the most likely to assume control, ruling the town with an iron-wing. For instance, when I decided to fast-forward my DS forward to the year 2099 and play a futuristic version of Animal Crossing: Wild World, the town looked more like the Capital Wasteland than anything found in a Nintendo game. Half the residents had moved out, you couldn’t move for weeds, the remaining residents were all unhappy and bordering on tears, Tortimer was suffering from dementia, and Brewster had converted his café into a drug den. I always found this punishment for not playing jarring when compared to the overall tone of the game. It’s as if Nintendo was saying “hey, go fishing, catch bugs, collect fruit, talk to animals, do whatever you want at your own pace,” while also saying; “if you don’t play everyday everyone you love will leave you!” New Leaf is much more friendly and accepting to the fact that players will eventually get bored and move on. While there were weeds scattered about over the place there weren’t anywhere near as many as in Wild World, although admittedly much longer had passed. In fact, they even turned weeding into a mini-game where a timer was put up and the HUD displayed the amount of weeds left in the town. This shows how Nintendo had thought about people dropping in and out of the game, rather than ruthlessly deciding that players should play it everyday for the rest of the lives, like some weird, elongated torture method.

What struck me most about playing Animal Crossing again for the hour or so that I did is how little time it took to sucked me back in. It is the perfect “I’ll just do this thing and THEN I’ll turn it off” game. I want to finish my fish collection, pay off the extension on my house, build a new bridge all over again. These sort of games often leave a bad taste in the player’s mouth once they are done with it because there is no ‘endgame’ to be found, and the player simply stops playing when they are bored of it, meaning there is always a sense of dissatisfaction once finished because your last memory of playing the game is being bored by it. While too much time has passed for me to really feel connected with Dystopia once again, my nostalgia trip has made me genuinely look forward for the inevitable installment of Animal Crossing on the NX.