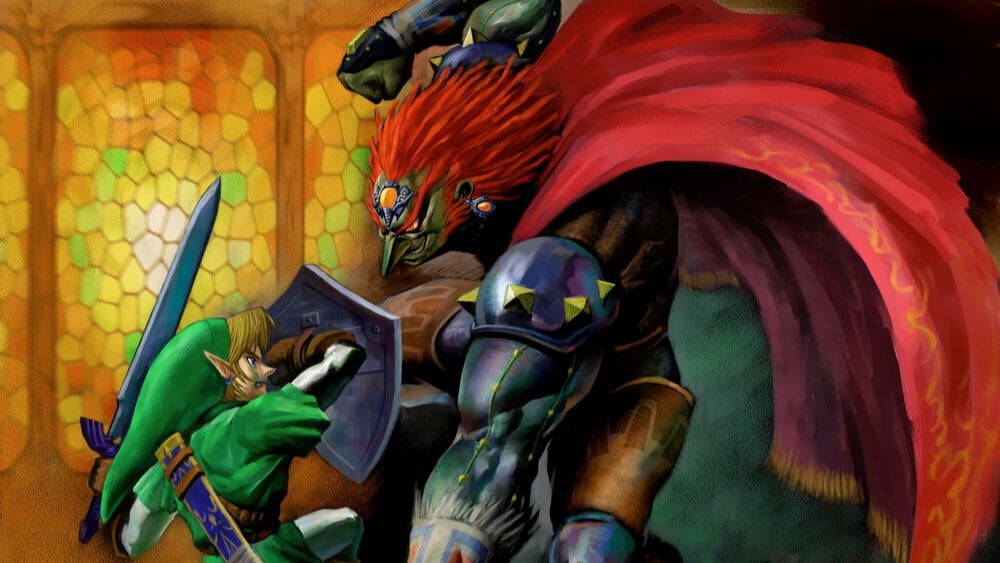 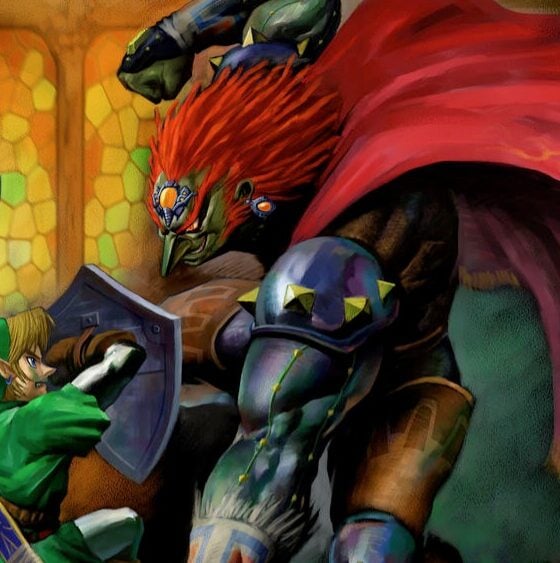 Ranking The Legend of Zelda: Ocarina of Time Bosses

The Legend of Zelda: Ocarina of Time is always near the top of any list ranking the best games of all time, and usually holds the title of the highest ranking game on Metacritic with a score of 99. The first 3D Zelda game is beloved by many gamers for its masterful blend of exploration, action, puzzles, and story. One of the most memorable aspects of Ocarina of Time is its bosses. The Legend of Zelda franchise is known for its creatively designed bosses that require the player to not only attack the monster, but also consider puzzle elements. Ocarina of Time’s bosses are iconic for their creative strategies, but which one is the most iconic? This list determines which bosses help make Ocarina of Time into the greatest game of all time, and which bosses are not up to The Legend of Zelda’s standards.

Morpha is easily the worst boss in Ocarina of Time, and possibly one of the worst in the entire series. After an extremely difficult dungeon as well as an amazing miniboss fight against Dark Link, the player finally reaches the end of the Water Temple. After such a hard dungeon, it can be assumed that the boss of the temple would be equally as hard. However, many players were let down by this fight against a red core that creates tentacles out of water. There is no impressive boss design. Not only is Morpha incredibly boring to look at, but the fight itself is ridiculously easy. If the player manages to corner the red core, they can complete the entire boss battle in a matter of seconds. Perhaps it was intentional to have a breather boss after the player undoubtedly spent a long time in the temple, but it comes across as an uninspired and lazy boss.

King Dodongo, like Morpha, is quite easy. However, it still provides much more of a challenge than Morpha does. While it is understandable that the second boss of the game would be simple following Gohma, King Dodongo has less of an excuse to be so straightforward. Not only is it quite easy to defeat, but it also has a bland design compared to the rest of the bosses in the game. However, one of King Dodongo’s redeeming features is that it is inspired by Dodongo from the very first The Legend of Zelda game. King Dodongo uses expanded mechanics compared to Dodongo, but still uses its famous “Dodongos dislike smoke” weakness. The lore connection is the best part of the battle.

Befitting of the first boss, Gohma is very simple to understand and does not require too much strategy. While it appears to be underwhelming compared to future bosses in Ocarina of Time, it is the perfect example of a first boss fight in the Legend of Zelda series. Though it is not difficult and the player is unlikely to lose on their first try, it still cements the formula that the rest of the bosses follow. Gohma establishes that Link must use the dungeon item to defeat the boss and is the boss that kickstarts the entire plot. While there is nothing particularly noteworthy about Gohma, it is one of the most nostalgic bosses because it shows the player exactly what kind of game Ocarina of Time is.

The first phase of the final boss is a battle against Ganondorf on several platforms. This is the first-ever fight against Ganondorf in the series, as well as the first fight against him in the official timeline. For such a momentous occasion, the fight falls flat because of its repetitive nature. Most players will probably be knocked off the platforms one or two times, resulting in them having to climb back up to Ganondorf. Having to repeatedly climb every time Link gets knocked down lessens the impact of the fight and makes it feel like more of a chore than a legendary boss battle. If this fight took place on solid land or the climb was a bit shorter, the fight would be one of the best because of its mechanics and its importance.

Barinade is the most interesting boss that Link faces as a child. Though the dungeon it dwells in is one of Ocarina of Time’s weakest, the boss makes up for what the dungeon was lacking. This boss can actually pose a threat unlike Gohma and King Dodongo with its somewhat hard to avoid attacks. But what makes it fun is not its difficulty; its creative mechanics of using the boomerang to make it fall from the ceiling. This mechanic was later used again in The Wind Waker, so it is clearly interesting enough to be used again in a later game. While it is not quite as amazing as other bosses in the game, Barinade does its job well and ends Jabu-Jabu’s Belly on a high note.

Twinrova, composed of the twins Koume and Kotake, make use of the Mirror Shield in their boss battle by forcing Link to reflect their attacks back at them. This comes after the fight against an Iron Knuckle, which is one of the hardest enemies in the game that does a massive amount of damage. Since Twinrova comes after this miniboss battle and the Spirit Temple is usually the last dungeon that the player navigates, it may be believed that this fight would be difficult. It is actually quite easy but manages to still be engaging because of its mechanics as well as the story behind the boss. Fighting the surrogate mothers of Ganondorf is one of the most lore-based battles in Zelda history, besides that of final bosses. Twinrova feels truly connected to the narrative in a way that other bosses are unable to achieve.

Volvagia is an unexpected boss; after acquiring the Megaton Hammer, players would probably never think that it is meant to be used against a dragon. When walking into the boss arena and seeing holes in the ground, the hammer suddenly makes sense. That is, until a dragon emerges. Volvagia is an example of Ocarina of Time’s creativity in gameplay design, showing that two things that seem unrelated can be combined into an amazing boss fight. It is not difficult by any means, but it is incredibly fun and features a unique mechanic that makes the most of the dungeon item. Volvagia is one of the most memorable bosses in Ocarina of Time simply because of its unexpected weakness that manages to make complete sense.

3. Evil Spirit from Beyond: Phantom Ganon

After traversing one of the best temples in the game and searching for Poes, Link is met with yet another spirit: Phantom Ganon. This boss is specifically created by Ganondorf to prevent Link’s progress, and takes the form of a masked version of Ganondorf on a horse. Not only is it very fun to fight a version of Ganon so early in the game, but the mechanics of this fight are also incredibly inventive. This battle follows the pattern set up by the Poes, where Link must shoot a painting. However, Phantom Ganon takes it a step further by attacking from the paintings and requiring the player to figure out which one he is hiding in. This fight also foreshadows the battle against Ganondorf and allows the player to practice their skills before facing the real Ganondorf himself. Somehow, though, this battle of preparation surpasses the true fight against the demon king.

The Shadow Temple is one of the most memorable dungeons in the game because of its distinctive atmosphere. After facing many invisible traps and enemies, Link must face a boss that is entirely invisible without the use of the Lens of Truth. This boss requires the player to juggle multiple tasks; ensuring that the Lens of Truth does not run out of magic, shooting Bongo Bongo’s weak spots, and trying not to be jostled too much by the boss’ drum skills. There are so many aspects to this fight that make it one of the best, from the fact that the battlefield is a bongo that the boss itself is playing to the eerie design of Bongo Bongo. It is an amazing end to an equally wonderful temple.

The battle against Ganon is the most atmospheric boss fight in Ocarina of Time, if not the best in the entire Legend of Zelda series. After the lackluster fight against his Gerudo form, the battle against his monster form redeems the final boss battle and turns it into something truly memorable. The first phase strips Link of his trusty Master Sword, forcing the player to utilize his other tools, such as the hookshot or Biggoron’s Sword. It seems like a hopeless battle, as Link has lost his most important tool. The music and atmosphere reflect this feeling of hopelessness, and the fact that Ganon is difficult to see in the ominous lighting increases the tension significantly. Once Link finally gets the Master Sword back, the atmosphere remains the same. Yet instead of feeling like this is an impossible battle, it now feels like defying the odds and restores the player’s courage to match that of Link’s. This final fight against the king of evil perfectly encapsulates the Legend of Zelda; an epic struggle between courage, wisdom, and power that results in the light coming out victorious no matter how difficult the journey is.