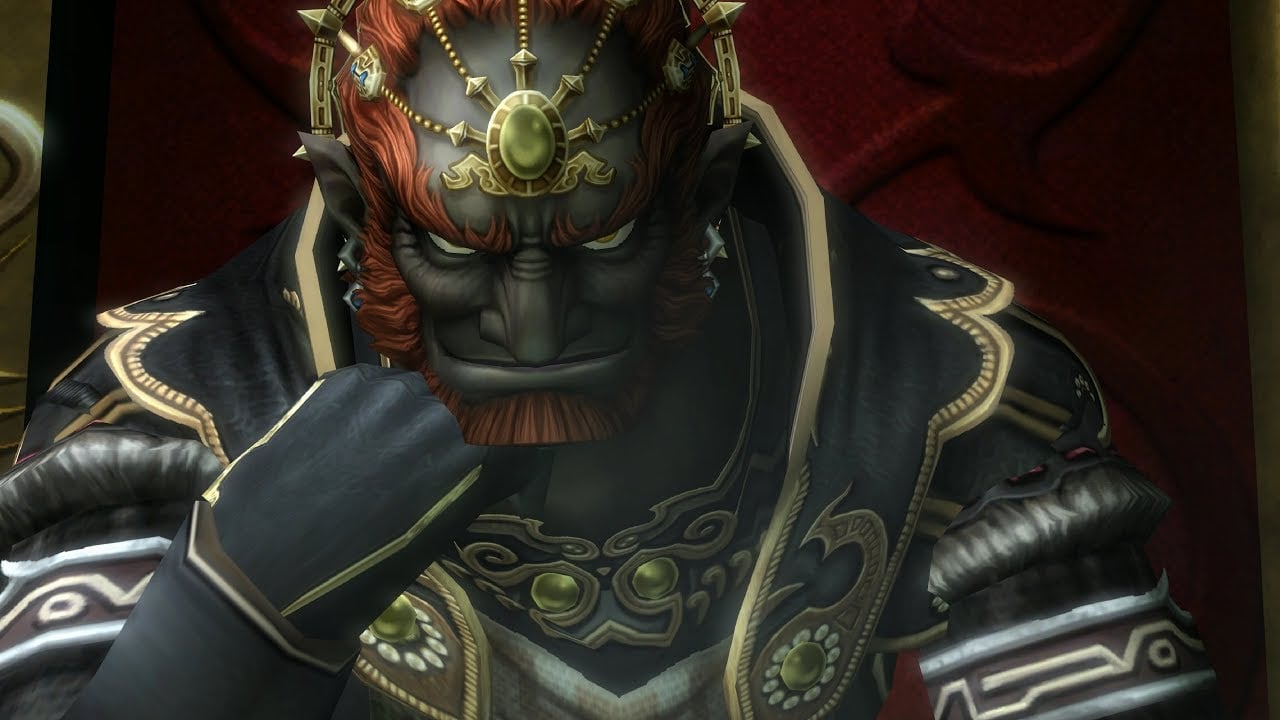 There are many brilliantly designed, dynamic boss encounters in the Zelda franchise.  When discussing Zelda boss battles, however, no enemy can quite hold a light to Link’s arch-nemesis and the third piece of the Triforce, Ganondorf.  The principle antagonist of the entire Legend of Zelda franchise, the Gerudo King Ganondorf, or, in his beast form, Ganon, is one of the most iconic villains in video game history, perhaps second only to Bowser of the Mario series.  No title quite captures the menace of the wielder of the Triforce of Power quite like Twilight Princess.  By revisiting and revising familiar mechanics from the series’ history, while implementing new and unexpected twists and turns throughout, the final encounter with The Great King of Evil in Twilight Princess remains one of the most memorable in Zelda history.

The player has just scaled the foreboding halls of Hyrule Castle, utilizing every tool in their arsenal to arrive at the throne room. Seated upon the throne is none other than Ganondorf, patiently awaiting the hero of Hyrule, with Princess Zelda herself mysteriously lifted above him.  Rather than an immediate engagement with Ganondorf himself, replicating the climax of Ocarina of Time, Link is pitted against a possessed princess, “Ganon’s Puppet: Zelda.”  The opponent might be an unexpected surprise, but the game is the same.  Undoubtedly addressed by fans through the ages by a multitude of names, the one that always seemed most appropriate to me was “tennis.”  Similar to the fight with Ganondorf himself in LoZ: OoT, the primary mechanic in the battle between Link and the possessed princess is volleying a ball of energy generated by Zelda back and forth until it strikes Zelda.  No need to strike her with light arrows, or run up and slash her when she is incapacitated, three blows from the energy and part one of the clash comes to a close.

The battle is far from done at this point, however.  Once the darkness has been ousted from Zelda, it quickly reforms as the “Dark Beast Ganon,” a more animal take on Ganondorf’s boarish, monster form.  The conflict begins similarly to prior boss battles, perhaps most similar to the setup of Link’s fight with Phantom Ganon in Ocarina of Time.  Ganon rampages around before finally teleporting, and the player has to find the proper portal the beast will reemerge from and deftly deliver an arrow to his forehead before slashing at his weak point.  Before too long, this method of engagement proves useless, and the battle must be settled beast versus beast, Ganon versus Link in his wolf form.

After some brilliant cut-scenes, Link and Zelda escape to Hyrule field before the castle explodes in the distance.  Ganondorf is not far behind mounted on his dark steed.  Thus begins the peskiest segment of the boss fight.  Utilizing Link’s horse, Epona, the player must chase after Ganondorf while locked on so that Zelda, riding with Link, can shoot Ganondorf with light arrows.  Then Link must match speed with Ganondorf and slash him while he’s stunned.  Certainly a thrilling setup, but perhaps a little too tricky to keep Ganondorf in your sights as he blasts magic at the Hero of Time.

Eventually, Ganondorf is knocked from his horse.  He rises and draws his sword, commenting “An impressive looking blade…but nothing more,” evaluating Link’s strength and his legendary Master Sword.  Lightning clashes in the distance, the twilight hour gradually waning into night.  Link meets Ganondorf, sword drawn.  Thus begins the final showdown with the “Dark Lord Ganondorf.” The fun swordplay that made Twilight Princess shine brilliantly caps a Zelda title to be remembered for more than its dark and foreboding tone.  With the entire course of the fight enhanced by an exciting score, rendered beautifully, and a perfectly maintained atmosphere, Twilight Princess‘ conclusion is one for the history books.

Nothing quite says “Grudge Match” like the feud between Link and Ganondorf.  Twilight Princess adeptly captures the continued conflict between the Triforce of Courage and the Triforce of Power.  Thrilling and fun, the final moments of this Zelda title are masterfully crafted and well worth revisiting or experiencing for the first time. (Even if Ganondorf can only be undone by the Master Sword in the end.  I tried to defeat him with the spin top, the ball and chain, and just about every other tool at my disposal.  Humorous, but ineffective.)  The final fight in The Legend of Zelda: Twilight Princess is one of the best in the franchise, doing justice for Hyrule, the series, and video games everywhere.