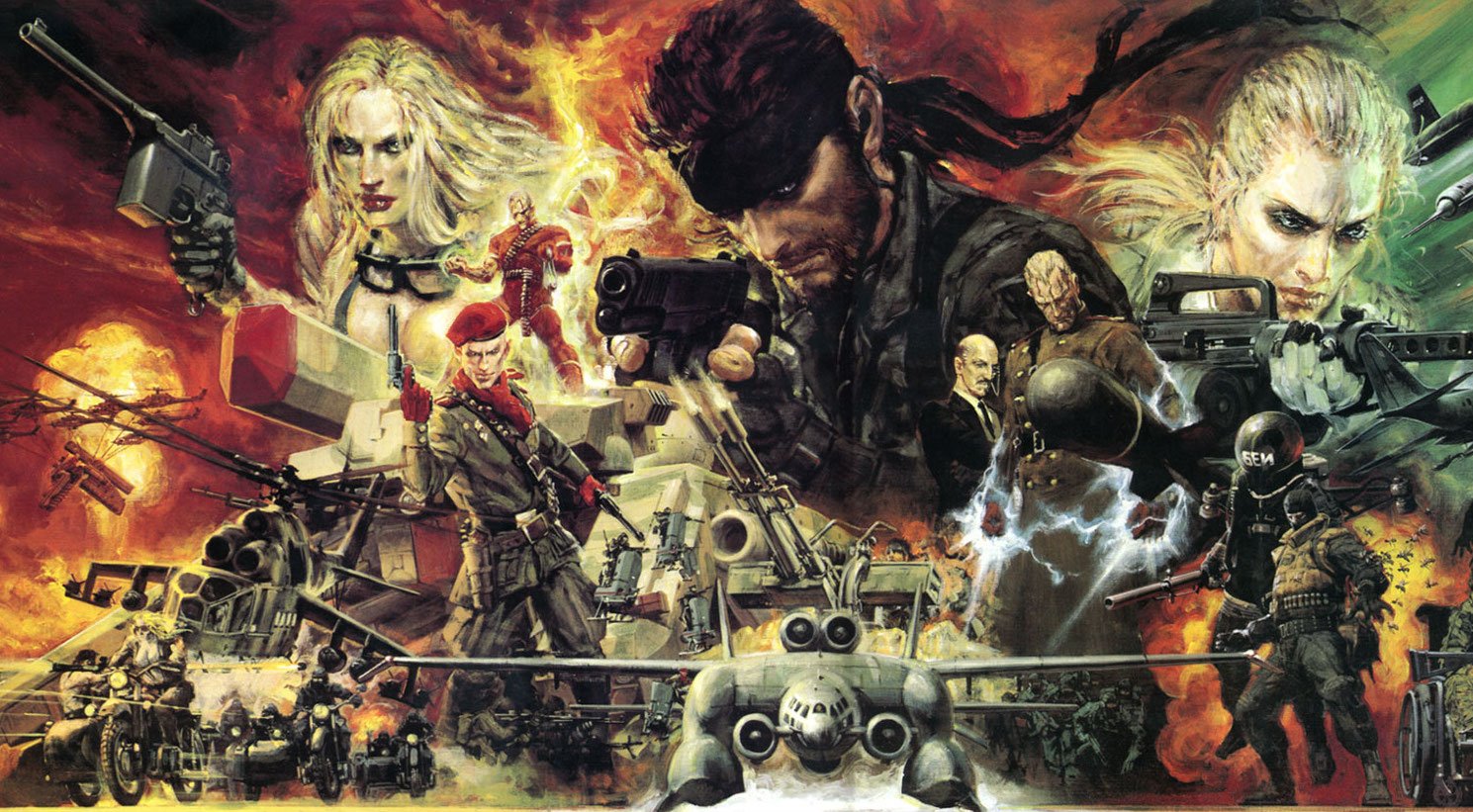 Each game in the Metal Gear Solid series is lauded for its intense and inventive boss battles. Of course, Metal Gear Solid 3: Snake Eater is no exception. Though this retro throwback throws a bit of a narrative wrench into the ongoing saga of the series, that doesn’t mean it’s a slouch when it comes to its boss fights. On the contrary, this spy story may have the best enemy encounters of the entire series, and we will, of course, be ranking them all below just for you. With that in mind, we hope you like your enemies well and truly exploded while yelling their emotions because there’s going to be a lot of that!

Like with Metal Gear Solid 2: Sons of Liberty, the third entry in the series breaks the player in with an unavoidable enemy encounter that forces them to take advantage of the new in-game mechanics to succeed. In this scenario, Naked Snake finds himself surrounded by the Ocelot Unit from all sides in an isolated shack. How the player chooses to deal with the unit is up to them, but they must incapacitate all the foot soldiers in order to continue the story. The player’s new camouflage techniques and Close Quarters Combat [CQC] can go a long way in this battle as their options are still relatively limited in this early section of Operation Snake Eater.

In Metal Gear Solid 3: Snake Eater, the player battles six members of the Cobra Unit over the course of their adventure. While all of the Cobra Unit’s bosses are memorable, one was bound to be at the bottom of the list. Utilizing reptilian camouflage and movement, The Fear is worthy of his name as he can hide almost anywhere and pop out unexpectedly, catching the player off guard in the process. However, a mixture of spoiled food, fire, and other easy strategies will make relatively short work of this foe. Conversely, the player can just knock him down with stun grenades and blast away. Whichever strategy you opt for, The Fear is arguably the least exciting encounter of the main boss fights.

The Pain is a classic case of “uh-oh, how do I fight this maniac?” It’s a pretty regular occurrence in the Metal Gear Solid series, but fighting the weird hornet man is definitely the sort of high strangeness that almost no other espionage franchise could possibly get away with. Luckily the player can dive into the water to avoid the sting of this fight as they figure out the best strategy to take from there. Again, just like the prior two bosses on this list, there are a ton of options to consider but two popular ones are smoke grenades to drive off the insects and high impact or explosive attacks to eliminate his body armor.

If you thought Revolver Ocelot was ridiculous in the first two games, Metal Gear Solid 3 leans in even harder to the tongue-in-cheek silliness of the gunslinging character. From using his revolvers to spin and kill hornets to making a totally absurd cat’s meow noise to signal his troops, Ocelot is all camp in his youth. As for his fight, it plays out similarly to the one from the original MGS, only with the player and Ocelot now separated by a wide crevasse. The player can lean into his egotism to lead him astray or even shoot down a nearby hornet’s nest to distract him amidst his fancy shows off spinning and reloading his revolvers. There are plenty of ways to get the best of this narcissist.

The only true puzzle fight of Metal Gear Solid 3, The Sorrow takes players back to the Psycho Mantis battle of the original game with the question being: “what am I even supposed to do here?” While the basic battle boils down to an exercise in player choice and a measured critique of violence in video games, the real trick is what to do after the player has finished going down the river. Of course, the length of the fight depends on just how many people the player has killed on their playthrough, making the punishment of replaying the fight extra brutal for particularly lethal players.

Like a handful of the other battles in Metal Gear Solid 3, the boss fight with The Fury is somewhat reminiscent of another familiar encounter from the first game: Vulcan Raven. The difference here is that The Fury attacks with a long-range flamethrower rather than a gatling gun. Again, how the player wants to tackle this fight is completely up to them, but many players will opt for the knife and CQC combo strategy for the thrill of it. Naturally, conventional weapons will work as well, but as the flames spread and the arena shrinks, this boss fight can get especially intense. Watch out for that flying, flaming ghost head at the end, either way!

If you’re noting a theme in terms of freeform battles, Volgin takes this notion to its natural conclusion. While the battle is more confined than the fight with The End, the player still has plenty of options regarding how to tackle him. Whether you decide to let it rip with a neverending barrage from the Patriot in a second playthrough or opt for dodging Volgin’s attacks and hitting him with the Mk. 22 pistol, you’re going to have to avoid his electrically charged bullets and lightning blasts along the way. In this boss fight, there’s also a fun easter egg the player can use to distract Volgin by donning the Raikov camouflage mask, but watch out for his temper when he realizes you’re impersonating his lover.

The boss fight with The End is one of the most audacious experiments in video game history, particularly for its time. Essentially a battle of attrition between two single combatants, players do not beat The End with quick reflexes and sudden moves so much as patience and gradual exploitation. Players who have a knack for camouflage and the right stealth approach can sneak up on him, but they can also use goggles to pick him out of his own camouflage or even shoot his trusty parrot to get an emotional response. As far as options go, this fight is by far the most open-ended, also making it among the most satisfying.

Without a doubt, the Shagohod boss fight is the most epic battle in Metal Gear Solid 3: Snake Eater. As the fifth iteration of Metal Gear chases Snake and Eva on a motorbike for the first section of the fight, the player will have to blast away at it with a rocket launcher, further damaging its rear section in hopes of immobilizing it. However, when Volgin takes matters into his own electrified hands, they will have to work with Eva to distract him while taking well-aimed shots at the superweapon. After Volgin has left the safety of the hull, the player can finally snag the occasional shot on the colonel himself, putting Thunderbolt down for good… or at least until the ’80s.

Though Metal Gear Solid 3: Snake Eater is filled with thought-provoking and awe-inspiring battles, none of them come close to the epic majesty and emotional gravitas of the final battle with Naked Snake’s mentor, The Boss. Set in a beautiful field of flowers with all of the weapons and camouflage you’ve collected at your side, this final encounter is the ultimate experiment in the freeform boss battles of the game. To cap off its emotional weight, the fight ends by forcing the player to complete their mission and pull the trigger on The Boss. The final button press is made especially heavy and meaningful by isolating it from all the action.

The gorgeous transition from white to crimson as the fight comes to an end and the poetic nature of The Boss’s scar turning into a Snake offer a powerful and sorrowful end to Snake Eater’s climactic finale.