It’s been long-awaited. For months, the Pokémon fandom had been teased with trailers and new pokémon additions in the run-up to the launch of Pokémon Sword and Shield. With the ability to play a mainline Pokémon game on the big screen for the first time since using the Game Boy transfer pak on a copy of Pokémon Stadium, Sword and Shield were going to pioneer a new adventure for the Pokémon series, and they have to some extent. The problem is, for all their wholesome charm and stunning graphics, Pokémon Sword and Shield are the weakest entries into the series to date.

There’s no denying that Pokémon Sword and Shield are full of personality. The English inspiration behind this generation has been interwoven beautifully, from the way the NPCs talk, to the red letterboxes in Wyndon. The whole journey is bright, gorgeous, and full of detail never seen in a Pokémon game before. It’s all rather wholesome, but lacks the animosity that drove previous entries, such as Team Rocket murdering the Marowak, or the genocidal ambitions of Lysandre. Indeed, the most that happens is a rather unfortunate power cut.

Since Pokémon X and Y, Game Freak has tried endlessly to add new mechanics to pokémon battles, a part of the game that didn’t need modifying.

This might seem overly critical of a series that relies more on the post-game pokédex completion and multiplayer battles, but in previous entries, there has always been substance to the story writing. Pokémon Sword and Shield lack what previous entries had in abundance: a worthwhile antagonist. Where there were once Team Aqua and Team Magma fighting for world domination, there is now Team Yell, who has been relegated to cheerleading one of your “rivals.” Where there was once Giovanni creating a pokémon of mass destruction, there is now a chairman wearing Hawaiian shorts. The game wants to merely rush you through the eight badges without much of a roadblock in the way.

Obviously, a Pokémon game isn’t just about the story, and the gameplay is terrific. Catching pokémon has never been better, with random encounters for the most part gone, utilizing the success that Pokémon Let’s Go had with roaming pokémon in real-time. This certainly helps to avoid the nonsense of Zubat after Golbat after Geodude in caves, helping the trainer choose which wild pokémon they wish to encounter. That said, it isn’t always easy, and the personality of every pokémon is shown in the tall grass. A Liepard will chase you and likely catch up if you don’t have your wits about you, while a Shuckle will barely move at all. Even the battles have improved, with much more vibrant animations and interesting new moves that keep them fresh.

Dynamaxing and Gigantamaxing, however, feel like they’ve been added for the sake of new content. Neither adds anything meaningful to the gameplay, with both becoming more of a frivolous finale rather than a tactical decision to be made by the player. Since Pokémon X and Y, Game Freak has tried endlessly to add new mechanics to pokémon battles, a part of the game that didn’t need modifying. Mega Evolution in X and Y at least had some tactical substance that complimented the gameplay, but Z-Moves in Sun and Moon and Dynamax in Sword and Shield have both been obstructions to the gameplay rather than welcomed additions.

The issue is that the wild area in Pokémon Sword and Shield, which is a fantastic region in the center of Galar that is full of powerful pokémon, relies on the Dynamax, and subsequently the Gigantamax, concept. The addition of Dynamax raids as a new multiplayer function is an admirable attempt to introduce new multiplayer content for players, but ultimately it barely feels like a Pokémon game at all. A Dynamax raid allows a group of four players to battle a Dynamaxed pokémon, with the hope of catching the almighty beast. The gameplay itself feels like a boss battle from the Zelda series, which becomes a novelty that wears off before the first raid finishes. Unfortunately, it becomes a tiresome feature that didn’t need to exist at all.

And here lies another problem with the storyline, and consequently, the gym battles: Pokémon Sword and Shield are built around a mechanic that is, for the most part, boring. Every gym leader has a Dynamax band, and will use it on their last pokémon; the Champion’s cup and any battle with an important NPC suffer the same repetitive routine. However, the difficulty curve has improved, with gym leaders and other trainers providing a much sterner battle than before. Admittedly, not Whitney’s Miltank difficulty, but enough of a challenge to ensure that the player isn’t just going through the motions.

From the ice cube head penguin Eiscue to Grimmsnarl who looks like he was dancing with David Bowie in the Labyrinth, so many of these designs have been inept.

This is where the strength of the wild area also blossoms. It’s entirely uncompromising, and a delight to see. The game forces the player to travel through the area twice during the story, and it’s entirely possible to encounter a pokémon twenty levels above your own, ensuring your demise is swift. There are a lot of rare pokémon there too — usually from previous games, which is terrific, because the new pokémon designs range from lackluster to downright disastrous.

It’s often asked whether Pokémon has run out of ideas when it comes to designing pokémon. X and Y made it easy to argue against that idea, as there were so many amazing designs; likewise with Sun and Moon. Unfortunately, after Pokémon Sword and Shield, the drop in the quality has been a complete freefall. From the ice cube-headed penguin Eiscue to Grimmsnarl, who looks like he was dancing with David Bowie in the Labyrinth, so many of these designs seem inept. There’s even a Mr. Mime evolution called Mr. Rime, who looks like he was taken from a Pringles’ tube and given a pimp cane. The pokémon additions in Sword and Shield have been beyond woeful, and it doesn’t end there.

This includes the starter pokémon, whose final evolutions are easily the worst in the series. While Rillaboom has limited redeeming features, the Sobble evolutionary lineage is a parody of an emo rock band, while Cinderace looks like its powered by a Duracell battery. Usually, there’s a standout starter that you can expect to be the focal point of the animé, such as Froakie from X and Y or Chimchar from Diamond and Pearl, but in Pokémon Sword and Shield, you’d count yourself fortunate if you remember any of their names.

Pokémon Sword and Shield aren’t bad games; they just don’t live up to the expectations that are now demanded from Pokémon.

Customization of your character is back, which is always a nice addition. While it’s never going to be a game changer, personalization is always encouraging, particularly with the multiplayer capabilities of the Pokémon games. Much like in X and Y, you can splash some of your hard-fought money on some clothes or a nice, new trim. Each town offers new clothes and accessories too, so exploring the world of Galar really opens up new opportunities to customize your character.

Pokémon Sword and Shield do suffer from occasional lag when moving around some of the more clustered areas. It doesn’t affect the game too much, but it can become more frequent when the servers themselves are overloaded. You’ll know when the servers are overloading when the online functions won’t load, including Mystery Gift. This can be a problem for long periods (up to 24 hours in some cases), which means sometimes playing the game will be impossible.

This is unfortunate, as for the most part, Pokémon Sword and Shield aren’t bad games; they just don’t live up to the expectations that are now demanded from Pokémon. They are enjoyable enough, but for the most part, employ functions that have been staples since Red and Blue. What’s new in Sword and Shield is genuinely lackluster, unexciting, or utterly forgettable, and it’s a shame because they had all the ingredients to be truly spectacular. 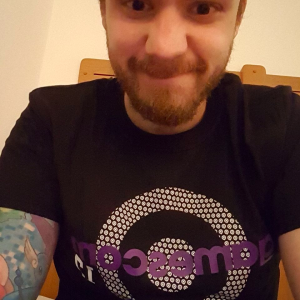 Which starter Pokémon is actually the best? To celebrate newcomers Grookey, Scorbunny, and Sobble, I'm ranking all eight generations of starters to decide once…

NXpress Nintendo Podcast 274: Should We Be Excited for Pokémon Gen 9?

How much is too much?…

We Don’t Need Pokémon Scarlet and Violet This Year

Think of all the Detective Pickahus that could have been...…

‘Death Stranding’ Review: A Mixed Bag of Wonder and Frustration