The Pokémon community as a whole had overwhelmingly negative opinions about Pokémon: Let’s Go Pikachu/Eevee, coming out on Nov. 16, 2018.

Even though many have admitted that they will still be purchasing the game out of loyalty for the franchise, they don’t appear excited to add this to their collection. This is because the parts of the games being enthusiastically announced in the trailers are all things that the majority of Pokémon players find to be blaring issues.

Despite some enticing nostalgia with the use of first generation Pokémon, the Pokémon Yellow remake boasts a lot of things that have made it clear to Pokémon players that this is a game for newcomers that prefer the casual mechanics of Pokémon GO. And while many parents have expressed how excited their children are for the game’s release on the Switch, it has felt like a huge slap in the face for Pokémon players who have been involved since the beginning.

“There’s no need to make the games easier,” said Anthony Kelly, a 27-year-old who has been playing the Pokémon VGC competitively since 2008. “They continuously redo generation one over and over because nostalgia sells. But it’s really jarring how they don’t care about the fans at all and just want to make money.” 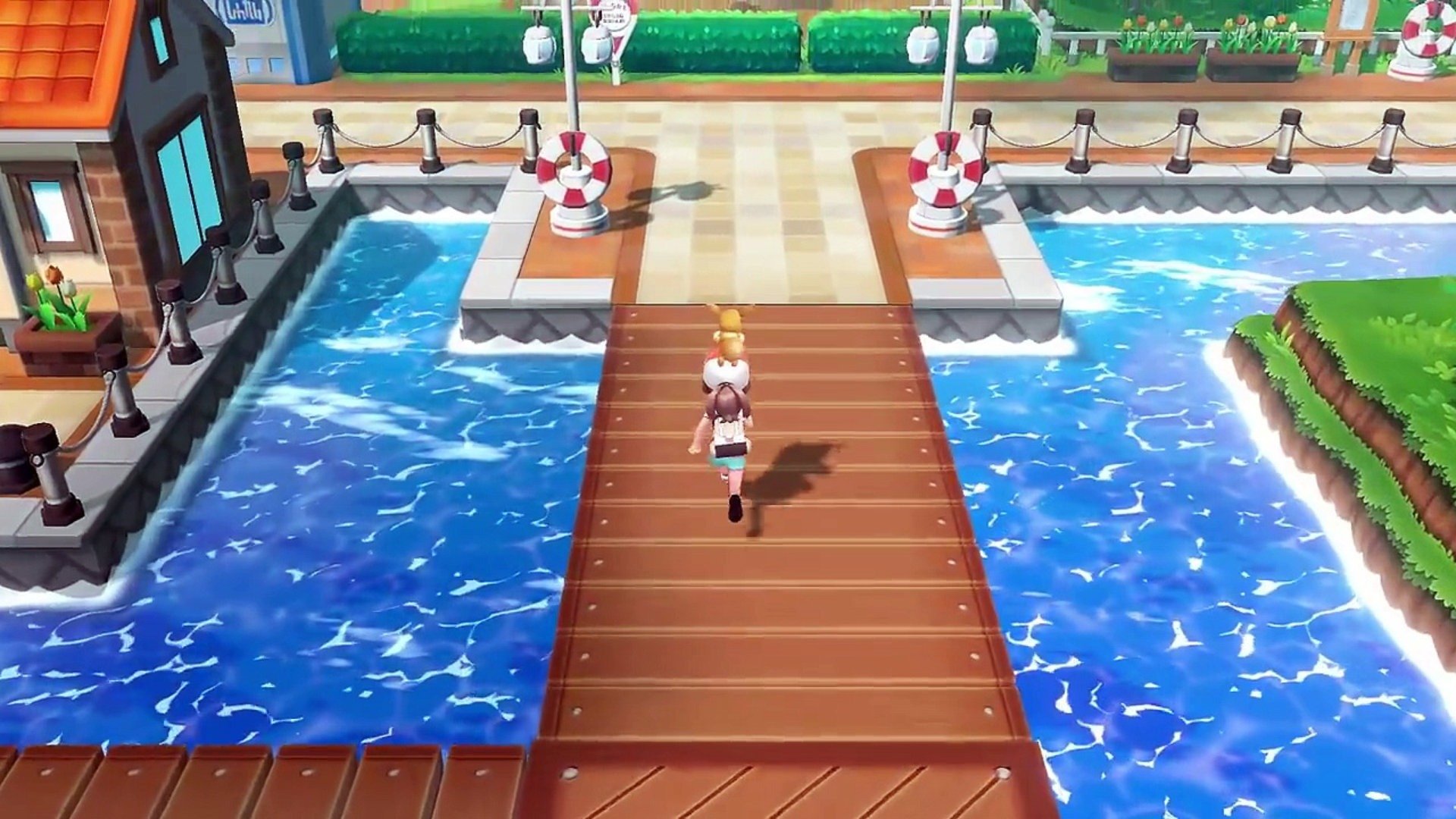 Many readers are probably thinking that Kelly and other competitive gamers are in the minority when it comes to Pokémon. It’s a game for kids. An anime for kids. But no matter what Pokémon had in mind for its target audience, it’s become very clear throughout the years that casual kid players are becoming the minority.

In 2010, it was gamers between the ages of 19 and 24 who purchased the majority of the Black and White games. Knowing their loyal fans were getting older, Nintendo had consciously targeted them with these more challenging titles. Later, in 2014, pre-order purchasers of Pokémon Omega Ruby and Alpha Sapphire were primarily in their 20s, young adults who grew up playing Super Smash Bros. Melee and older Pokémon titles.

Then in 2016, it was reported that the Pokémon US National Championships had set a new record for “highest attendance for any Pokémon tournament to date.” And the competitive group that had seen the largest numbers? The Masters Division (18+ players), which saw over 1,000 players join the tourney. And it’s been growing exponentially each year to follow. On a smaller scale, most local Pokémon TCG tournaments keep attracting more and more Masters, while the Junior and Senior Division stay scarce. Their divisions are often so small they have to be combined, or even thrown into the Masters, to even legally run a tourney for the younger crowd. 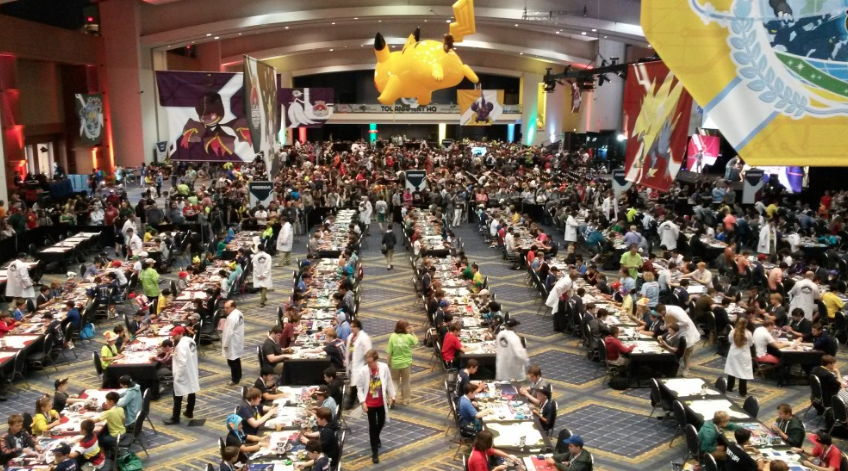 Despite this trend, Pokémon has been focusing on a younger crowd in recent years. Continued Kelly: “The games are already super casual, and they have been for a while. Ever since generation six – maybe even five – the games have been getting so easy. The games are basically put on ‘easy mode’ from the start.”

Pokémon fans were already feeling neglected and ignored by Nintendo despite their consistent brand loyalty throughout the years, so it comes as no surprise that a game pandering to a younger audience being revealed at E3 felt like a low blow. Even though a more serious core game title has been announced for sometime in 2019, avid Pokémon players felt betrayed by the company’s choice to reveal Pokémon Let’s Go as its first-ever Pokémon game for the Switch.

This was a game they had been waiting for since the Switch was released. But it wasn’t supposed to be like this.

Even though the game has not yet been released, speculations have been formed based on multiple trailers and even gameplay revealed at E3.

“Let’s Go is exactly the game I never wanted to see. However, I will play it because I’m Gamefreak’s little bitch,” said Pokémon TCG player Davi de Sousa. “Kanto was one of my favorite regions, but from what they’ve shown they are streamlining way too much of it. The Z-Move, Mega-Evolution, and GO catching mechanics make this game become a big gimmick fest.”

That’s what it boils down to for most Pokémon gamers: The battle and catching mechanics. And taking catching mechanics from GO is a, well, no-go for fans loyal to the franchise. Even older Poké fans who expressed excitement for the game’s colorful graphics and cute buddy addition have said they highly dislike the motion-controlled Joy-Con “throw” system.

Unlike the core games, wild Pokémon will appear visibly on the map, sometimes even with auras around them, instead of popping up in tall grass. Having that choice to side-step a Pokémon is definitely the easy way out in many players minds.

And while the battles with other players or CPUs are not using the same Joy-Con system that’s used on wild Pokémon, the battles themselves have also appeared underwhelming to the older audience. For the young adults who make up the majority of Pokémon’s current players, the game seems impossible to lose. There are no stakes. No challenges. No struggles outlined in the gameplay footage.

Earlier in June, Pokémon Let’s Go allowed people a closer look at the game’s gym system, a huge part of the game because it’s admittedly one of the only times players can battle their Pokémon. In the footage, they head to Brock at Pewter City Gym, where they’re promptly greeted by a sharply dressed man with a bowtie who states, “Pewter City Gym only allows Trainers who know the type of matchup to enter!” He goes on to say that you will need a water or grass-type Pokémon to challenge Brock’s rock type.

You may not even enter the arena unless it’s basically guaranteed you won’t lose.

Hopefully, this is just for the first gym only. But it’s just a further simplification of the game. Another handicap. Like how Pikachu learns Double Kick at level nine, a never before seen Pikachu move that was put into the game specifically to allow players to plow through Brock’s gym while holding the developer’s hand. A move that Nidoran learned at level 43 back in Pokémon Red, Green and Blue. 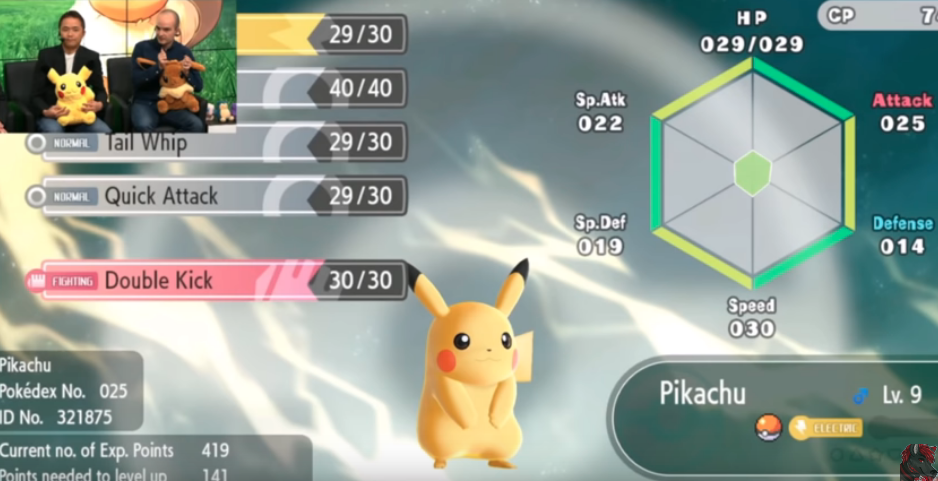 Another point of controversy for older gamers is the graphics, which seem to appeal to a younger set, with characters that look straight out of a bubbly mobile game for kids. But most people have agreed that having Pokémon to scale within the game is an exciting way to revisit the first 151 Pokémon that got it all started. Seeing the trainer ride a giant Onyx through town was never a sour point for anyone, and it seems that despite its extreme casualness, the game may redeem itself as a relaxing escape into the world of Pokémon.

“It will be fun to explore the Pokémon world in better graphics, seeing the Pokémon more fully realized,” said long-time fan Karl Molluska, who is married with children. “I’m excited to see familiar characters again. Pokémon RPGs are always fun, especially when it comes to building teams and challenging gyms.” 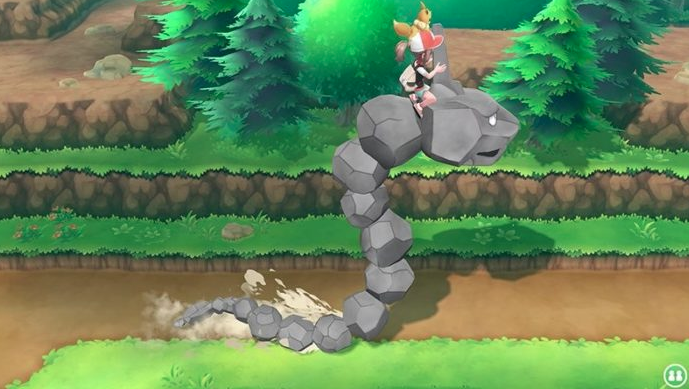 The anger that the community feels as a whole about Let’s Go Pikachu is often met with: Don’t buy the game. Just wait for the core game that’s coming out in 2019. And while those are valid statements, it misses the basis of why a game like this is upsetting to lifelong Pokémon players: They feel duped. They waited hungrily for a Pokémon game for the Switch and were teased with the idea of the first-ever non-Game Boy/DS core Pokémon game before E3. And the reveal was a letdown. They feel ignored.

Despite becoming a larger and larger portion of Pokémon‘s consumers and players and tourney attendees, older Pokémon fans seem to be less and less of the franchise’s target audience throughout the years. Luckily, there’s still a chance for redemption come 2019.