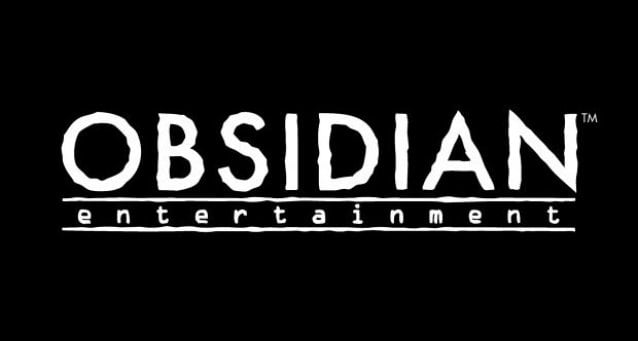 When it comes to great RPGs, there are only a few developers with a better mastery of the genre the team at Obsidian. Founded in 2003 by former Interplay employees who cut their teeth on games like Baldur’s Gate and Fallout, among other legends, Obsidian have quickly become one of the biggest names in classic RPG games. In anticipation of their next game Tyranny, here’s a quick rundown of Obsidian’s library, starting from the bottom: 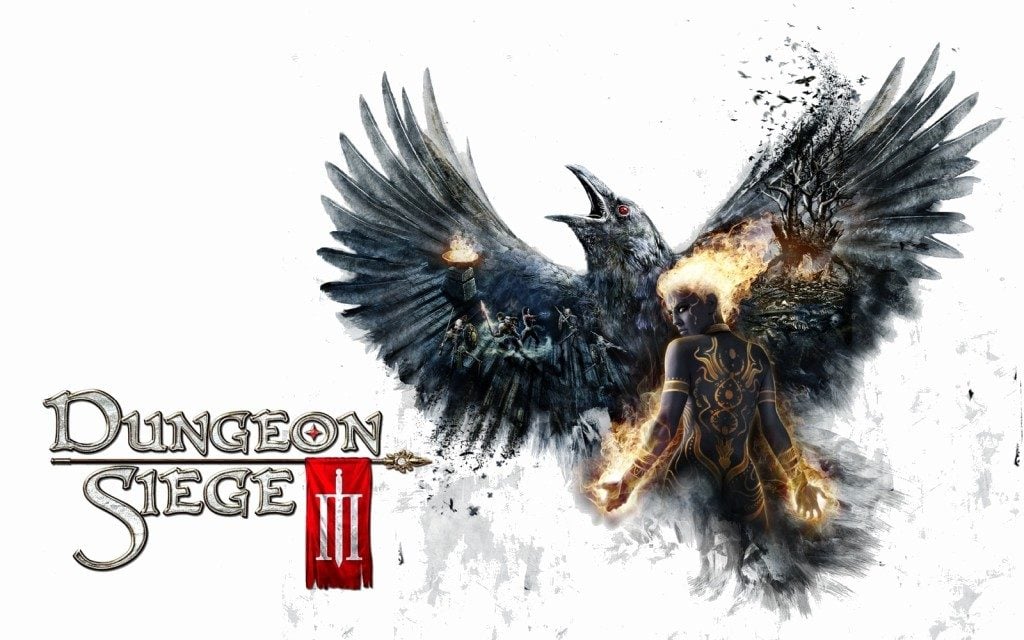 Obsidian have a reputation of working on sequels to already established franchises, and as this list will prove they usually hit it out of the park. Unfortunately, the follow-up to Gas-Powered Game’s RPG franchise is not an example of this, even despite series creator Chris Taylor taking charge. Lackluster writing, repetitive gameplay, and boring loot drops squander what potential this dungeon crawler may have had. It’s saving grace is its colourful and vibrant visuals, and its great couch co-op mode that was so good it was included in the game’s TV spots. It sold well enough to warrant an expansion pack, but since then the IP has been dormant, gathering dust in the bowels of Square Enix. 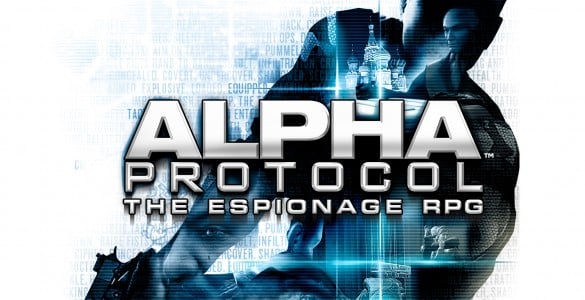 Is this Obisidian’s most underrated game? That might be debated until the end of time. One thing that is clear is it’s easily the most difficult Obsidian game to actually recommend. Taking a lot of gameplay queues from the Mass Effect games, Alpha Protocol is a game of choice and consequence. The issue is that seems to be the only thing it has going for it, to the point where most players felt they didn’t experience a complete story until two, three, or four playthroughs. On your first or second run of the game it just feels jumbled and incomplete, and it can take a long time for the brilliance of the games systems to sink in fully.

Unfortunately most players won’t make it that far, thanks to unsatisfying shooting mechanics, annoying and overpowered stealth mechanics, some of the worst RPG bosses of the last console generation, and bugs upon bugs. For those that stick it out though, Alpha Protocol offers some of Obsidian’s most interesting ideas, too bad the core game is an almost constant drain on this stealth espionage title.

Another sequel to an established franchise, and Obisidian’s first game as a newly formed company. A unique blend of the Star Wars universe and DnD style dice-rolling RPG mechanics, set thousands of years before the films, and five years following the first game. You play as an exiled Jedi, kicked out of the order for crimes against The Force itself, and find yourself battling through abandoned space stations, corrupt planetary governments, evil gangs, and of course Sith warriors. Like the previous game before it, and the Mass Effect series after it,  there’s a subtle focus on choosing the path of right or wrong, and entire sections of the game can play out differently.

Unfortunately, KOTOR 2 started a trend with Obsidian’s games, namely being released to early and missing content. Not that the final product was bad, but it was noticeably cut down and suffered for it. Thankfully after a decade PC gamers got the full version thanks to the Restored Content mod, which also came with around 500 bug fixes. Still, as far as Star Wars-based RPGs go, this one is easily second best, and as their first game it immediately put Obsidian on the stage for great RPGs. 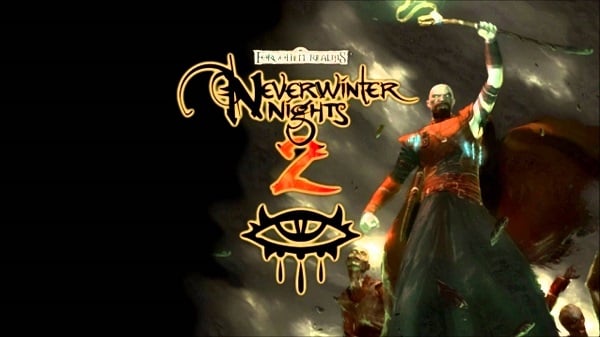 Going from the depths of space, Obsidian’s second game was a return to the fantasy worlds of old. Really old. Specifically the DnD 3.5 universe of 2002’s Neverwinter Nights by fellow RPG masters Bioware.

Built on the strong foundation of the first game, along with their work on Interplay RPGs like Baldur’s Gate and Icewind Dale, NwN2 is one of the most faithful recreations of DnD on the market. This is RPG of the ultimate hardcore, with everything from crafting a backstory for your character to assigning stat points and getting special skills. There’s dozens of classes to play as and plenty of customization within each class. You can play the game single player with AI partners, each with their own backstory and motivations, or with friends thanks to the game’s multiplayer suite.

The main story isn’t exactly great but there’s two expansion packs that add a wealth of features and story, as well as the modding community that’s still active today. It might not be a certified classic like the Interplay RPGs, but for a more modern attempt at an honest to god DnD 3.5 campaign it’s pretty great, and the game plus it’s expansion packs have since been bundled into a gold collection. 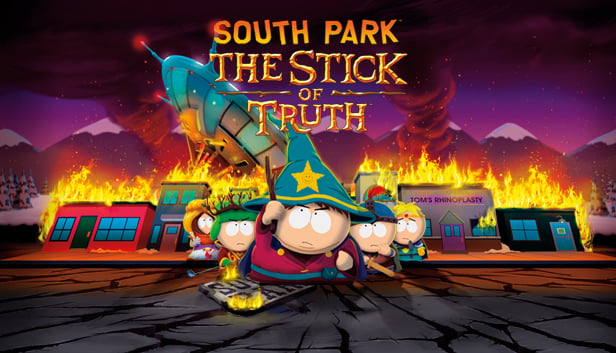 There were so many things working against Stick of Truth. First is not only the historical failure of licensed games, but the specifically terrible history of South Park games. Then it was pushed back a few times, to the point where South Park itself made fun of the shifting release dates. Finally in March of 2014, after five years of development we got to see what happens when one of the best TV shows meets one of the best RPG teams.

The result is easily one of the funniest games in a long time, and a genuinely faithful adaptation of the source material. Nearly every frame feels like a reference to the show, and the game as a whole feels like a season of South Park episodes jammed into one sitting. You play as the New Kid in the titular town, invited to play fantasy make-believe with the familiar cast of characters. In regular South Park fashion things quickly take a turn for the weird as you battle Nazis, aliens, and the US government with an insane variety of weapons and specialty fart magic.

It may not be a long game, clocking in at just 12-15 hours even with side quests, but it makes the absolute best use of every second, with top notch writing from the shows creators and animation pulled straight from the reels as well. It’s some of Obsidian’s best work, and the game that South Park always deserved.

Fans of the Fallout franchise went wild when it was announced that Bethesda had handed the reigns of the IP back to it’s original owners for this follow-up to Fallout 3. After all, most of the guys at Obsidian had helped create the Fallout franchise, and this was their baby. New Vegas is half expansion pack, half sequel, and 100% proper Fallout role-playing perfection.

There’s so many layers to what makes New Vegas work. The cowboy aesthetic of the Mojave desert surrounding Las Vegas gives the game a distinct western vibe, while the various improvements to gameplay, like proper iron-sights, weapon modifications, built-in survival mode, and better use of player skills in NPC interaction offer further improvement and integration There’s a reactive world that changes with your every decision, meaning no two playthroughs are ever totally the same and over 65,000 lines of spoken dialogue leaving each character with a unique and memorable personailty. The list goes on and on, but the point is that this is one of the greatest RPG experiences on the market, and a lot of people would still argue that it’s better then its own sequel.

It’s not perfect, and like Alpha Protocol you need to wade through some murk to enjoy this game. First, in 2010 the engine New Vegas was built on was ancient and showed its age terribly, and the game is downright ugly. Worse, it was developed over just 18 months, and as a result it was buggy to the point of being nearly unplayable at launch. Patches and mods have fixed that, but it remains something of a bear to get running smoothly for extended periods of time.

Still, this is the game Fallout fans wanted, a proper sequel to the older titles and the near perfection of the ideas Fallout 3 had laid the ground work for. It remains a great game and it’s DLC packs offer some of the best writing in any modern RPG. An absolute must for fans of the genre.

The game Obsidian was meant to make. Pillars isn’t just a love letter to the Interplay RPGs Obsidian started out on, it’s an absolute usurping of their thrones. Taking the ideas from games like Baldur’s Gate 2 and Icewind Dale, along with the accumulated knowledge of all of their games prior to it, Pillars of Eternity is PC role-playing perfected.

The setup is deceptively simple, giving you one quest: find out why you can suddenly read people’s souls. From there you’ll take your hand-crafted character through the Dyrwood, a land overflowing with political, racial, and religious tension thanks to a huge and expansive back-story. You’ll uncover plots and create more then a few yourself, and even become the owner of a modifiable castle during the absolutely massive 70 hour campaign.

Like New Vegas there are endless layers to why Pillars is amazing. One of the best features is how its attributes work, with each attribute affecting a variety of different factors. Its wholly possible to have a mage character with a focus on Might and Dexterity since being strong allows you to channel bigger spells, and being fast allows you to cast them quicker. Inversely you can have a raging barbarian with a focus on Intelligence and Perception, since being smarter makes them more resilient and Perception helps for getting critical hits. There’s no wrong-way to build a character and while you have your customizable main character, the game also allows you to deck out your party with supporters of your choosing as well.

Of course then you’d miss out on the fantastic and memorable NPC companions that live in Pillar’s world. From the crazed pyromaniac priest to the repentant soldier, the lone wanderer ranger and a gun-wielding bard, or the multiple personality wizard and the mysterious cypher. Like in the RPGs of old, each has a series of advenures to uncover and will voice their opinions on quests, locations, and even other companions of yours.

So there you have it, a primer on the games of Obsidian Entertainment, and some of the finest RPGs ever released. Obsidian have become masters of the craft, and while a lot of people were hoping their next project would make use of their parent company Paradox’s recent acquisition of Vampire: The Masquerade, there’s little doubt that whatever their next game is, it’ll at least be interesting.