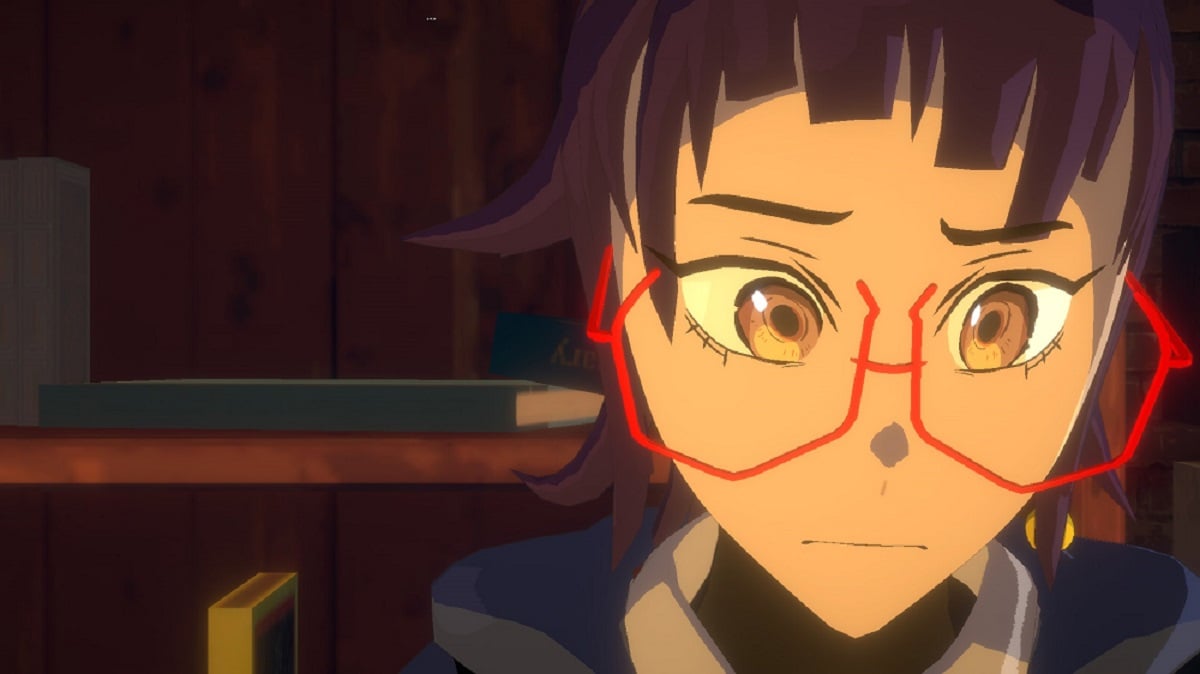 As far as video game genres go, the visual novel might be the most “love it or hate it” one out there. Despite being host to some of the most captivating stories in the medium, the static format of most VNs and the sheer amount of continuous reading they demand often bottleneck the potential audience. Necrobarista nimbly avoids both of these hang-ups and triumphs as a VN that feels cinematic and atmospherically rich while delivering a gripping, down-to-earth story about the stages of death, grief, and eventual acceptance.

A Tale of Life and Death

Necrobarista is set against the backdrop of a café called the Terminal that serves both the living and the recently deceased. This café acts as an in-between for those who’ve just passed; people have 24 hours to enjoy the coffee and come to grips with their death before they have to move on. It’s essentially the bank of the River Styx, and Maddy, the titular necrobarista, is in charge of attending to patrons and keeping everything running smoothly. However, it’s clear from the opening minutes that the Terminal isn’t as clean an operation as it appears on the surface. Some strange magic is at play here, and Maddy and her mismatched crew are at the helm.

Instead of taking place during the start of Maddy’s tenure at the café or at the heights of her exploits, Necrobarista is very much a story of reflection and reckoning. By the time the game opens with the newly-deceased Kishan wandering into the café, Maddy and her mentor Chay have been running the Terminal for years. They’ve seen hundreds of souls come and go, and Kishan is no different. Being introduced to the crew at this phase of their lives and having to learn more about how they got there creates an air of mystery and intrigue and ropes the reader in from the jump.

Though having character backstory drip fed got me hooked initially, it was the fleshing out of these characters that kept me invested. Route 59 did a brilliant job of infusing personality into the entire cast via a mix of clever writing and delightfully expressive character models (more on that later). Everyone has layers, be it the self-assured but deeply flawed Maddy or the surprisingly mature kid genius Ashley. All of them are dynamic enough to feel realistic and distinct enough to be memorable, and though I only spent about seven hours total with them, Maddy and Chay quickly became some of my favorite characters in recent memory.

Visuals to Die For

Alluded to previously, what sets Necrobarista apart from many other visual novels is its rich, cinematic take on presenting the text. VNs typically follow the same stylistic format of setting character portraits (sometimes animated) against still backgrounds with boxes of text at the bottom. It’s a design philosophy that plays directly into the name of the genre; these are novels first and foremost, and the character sprites and art are meant to compliment the thousands of words of text.

Necrobarista, on the other hand, fuses 3D visuals with dynamic camera work to meaningfully enhance a given scene’s gravity, drama, or comedic effect. The character models rarely perform complex movements, but a perfectly-timed zoom into a grin or a shot that pans up into a look of shock goes a long way in bringing scenes and characters to life. Seeing text next to faces as opposed to being under a different name in a text box successfully mimics dialogue in a show or movie. Instead of the visuals serving to accentuate the “novel,” the two are given equal importance, and this combined with yet another toe-tapping score from Kevin Penkin feeds into the intoxicatingly moody anime aesthetic Necrobarista is going for.

While the Terminal’s beautifully dreary visual design is best communicated within the VN itself, there’s a more interactive way for players to experience the world of the Necrobarista. The end of every chapter is punctuated with a first-person exploration mode where players can traverse the Terminal themselves and go to highlighted points of interest for stories, tidbits, and journal entries about the world, characters, and more. These range wildly in how meaningful they are to the lore; they can be anything from exciting accounts of past patrons to needlessly drawn out diatribes about poppy seeds. Each chapter opens up a new area of the Terminal and a new set of lore to discover. At their best, these snippets do a great job of breaking up the main story and provide some extra worldbuilding to those who’re looking for it.

However, iffy artificial gatekeeping holds this novel idea back from being great. At the end of each chapter, players have to choose seven words from a group that appeared in dialogue during said chapter. Each of these signify a different token (Death, Food, Terminal, etc.), and a specific group of these are needed to unlock the bonus scenarios. The limited number of tokens per chapter and the unsure nature of guessing which phrases will equate to certain tokens inevitably leads to many situations where players simply won’t have the tokens necessary to unlock bits of lore. It’s a system that feels wholly unnecessary and even frustrating for especially engrossed players. Once invested in these characters and the café as a whole, it’s disappointing knowing so much extra content is locked away. Necrobarista also isn’t especially replayable, making the design decision that much more confusing.

Quibbles about extra content aside, however, it’s tough to look at Necrobarista as anything but a triumph of storytelling in the visual novel genre. Seeing the pain on a character’s face when told bad news or watching genuinely funny exchanges hit thanks to on-point comedic timing simply wouldn’t have had the same impact if it was delivered in the standard form factor. It’s on the shorter side compared to many other VNs, but Necrobarista’s length feels perfect for the story Route 59 wanted to tell here. It’s an unflinching examination of death, grief, and true friendship, and it’s one I can’t recommend enough.