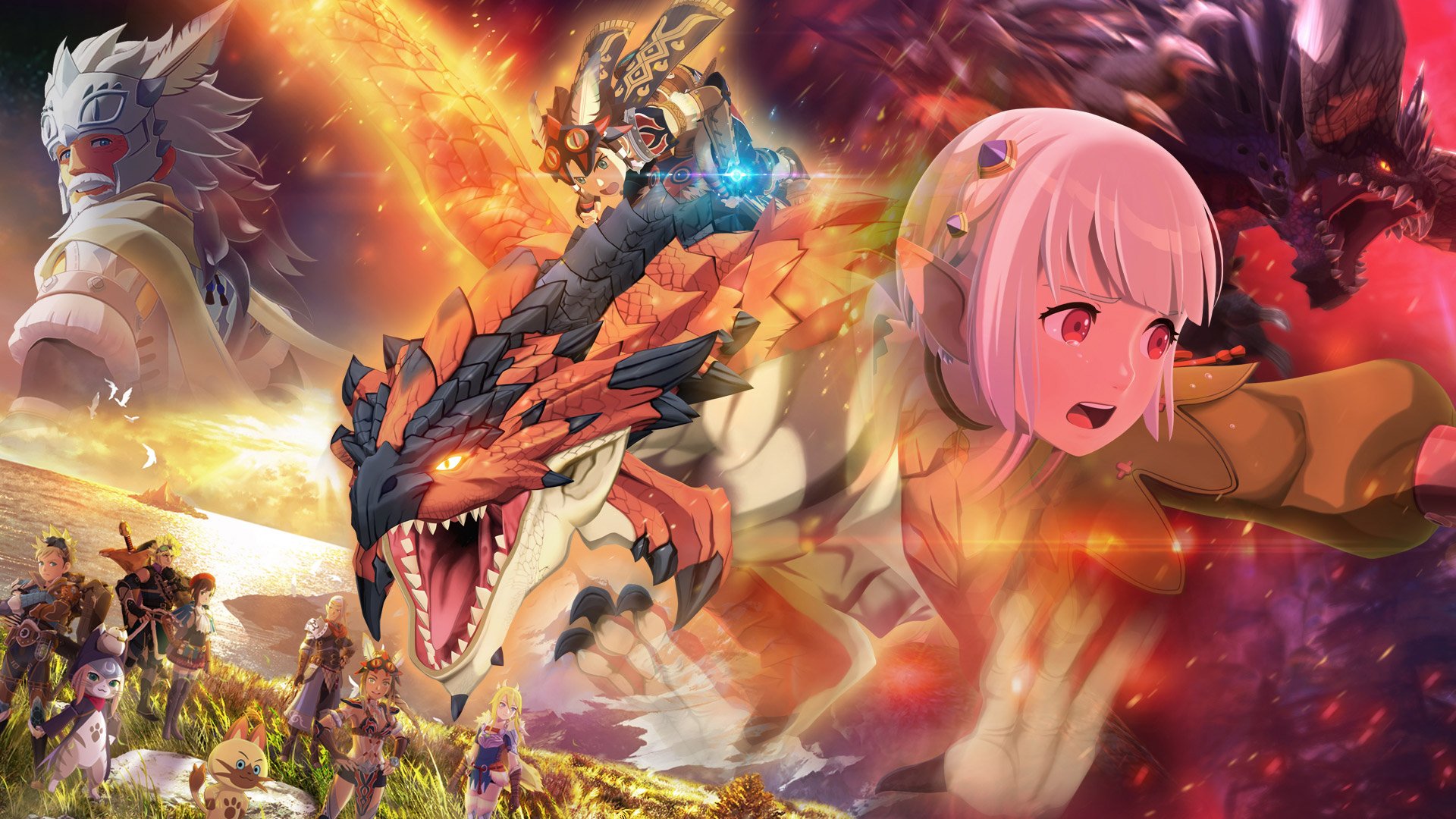 With its jump from the 3DS family of systems and onto the Nintendo Switch, returning fans would expect as much and more from Monster Hunter Stories 2: Wings of Ruin. Capcom initially transformed Monster Hunter into something different with its first handheld spinoff as it tackled a narrative-driven focus with turn-based role-playing elements. Between beast-building and indulging in a foreign form of monster-hunting combat, Wings of Ruin excellently builds upon its predecessor’s already notable establishment. However, in terms of technical performance and the larger picture of its narrative, the same cannot be said as it slips on its grand hunt to victory. The culmination of its updated combat system, aesthetic overhaul, lackluster story, and rough framerate lead to an experience that is both on par, better, and worse than the original Monster Hunter Stories. Despite even some of its most bothersome flaws, though, Wings of Ruin is still able to fight for a strong victory in Capcom’s growing franchise.

Unlike the mainline Monster Hunter entries, the Stories games spotlight narrative and characters over actual monster hunting as they pass on real-time depth and open-world creativity for an experience that caters towards developing arcs with heavy dialogue and cutscenes. That is not to say that Wings of Ruin loosens up on gameplay, but for Monster Hunter fans looking for an experience closer to Generations, World, or Rise, they will not find that here. That same cat and mouse thrill of the hunt is not what Wings of Ruin is focused on. Picking up a few years after the original 3DS entry, Wings of Ruin tells its own original narrative that occasionally pulls characters from the first story into the mix. As it focuses on forging a new league of riders, the game sticks to telling a simplistic tale that further delves into Monster Hunter’s mythology and universe.

Wings of Ruin’s story is substantial at times, but ultimately not one of the game’s selling points. For what is supposed to be the highlight of the journey, the gameplay certainly overshadows the characters and plot when looked at all together. In comparison to its predecessor, Wings of Ruin lacks the heart but still has the energy of Monster Hunter Stories. Ideas such as the right of Kinship and the importance of strong bonds and trust still hold true, but they are never explored as well as the first entry. The setpieces and enemy entrances are as gloriously bombastic as ever, yet the characters and their wits have sadly become stale and eye-rolly. Oftentimes the plot and writing can fall into cliche tropes as it evidently provides a story more aimed at children than everyone — which is not terrible by any means, but nonetheless a shame because Wings of Ruin wastes a potentially beautiful opportunity to expand on Monster Hunter’s world. Monster Hunter is a series that constantly dabbles between goofiness and seriousness, but Wings of Ruin is never able to multi-task both.

When the game is not focusing on the silent protagonist and his palico partner Navirou, the story is doing far better with its cast of other leads and minors who face actual trauma and have desirable goals. The two main characters often feel like the narrative’s biggest hindrance. As the story begins to switch up its characters and have you explore different regions, the player’s silent avatar and their mouthpiece pet quickly become stale templates for introducing newcomers and veterans at a constant rate. They are neither annoying nor poorly written, but their usage in the overall plot quickly wears thin. The story constantly finds itself repeating the same mistake: reusing a lot of its setups. Whether it’s a character who knew the player’s grandfather or a friend being pushed into danger, the story annoyingly repeats the same beats to connect its characters and build relationships until it is finally able to get interesting. It almost comes off as if the developers wanted to explore the Monster Hunter universe but were not allowed to continue using a complete cast of veteran characters.

Overall the script and plot structure are not entirely unenjoyable, but it does grow tiresome rapidly as it slowly inches towards getting better. While the complete story may be disappointing, Wings of Ruin’s real problems stem from its struggle in technical performance that can be downright bothersome. While the game is certainly not unplayable, the framerate and load times can noticeably break the overall immersion. The framerate can be miserable at times as the game fails to hit a consistent showcase during both gameplay and cutscenes on the Nintendo Switch. Oddly enough, the title runs at an uncapped framerate that can range from the high tens to the low forties depending on specific scenarios. While some of these drops are not as noticeable in battle, it is an unavoidable distraction when simply walking around the hub worlds, hatching new monsties, and specifically watching cutscenes.

While it does look better in handheld mode, Wings of Ruin is not a Monster Hunter game that runs smoothly when blown up on a large screen. It is a shame because the title is graphically impressive for its hardware. The environments are lush, the character designs are refreshing, and the monsters are as awesome as Monster Hunter can get. For a game packed with fascinating visual choreography and a cinematic story-heavy focus, Capcom absolutely should clean up the larger technical bugs in the cutscenes on Switch at the very least and add a capped framerate option for the gameplay. Additionally, the amount of texture pop-in can be noticeable at times. From simply grass in cutscenes to environmental obstacles and interactive objects in a short range, the game can occasionally struggle when trying to pump out as much detail as possible. On Microsoft Windows systems these problems may not exist, but they are impossible to ignore on Switch.

While the technical performance and narrative are indeed disappointing, where Wings of Ruin thrives and succeeds outside of its atmosphere is in its spectacular gameplay. What really saves the game in its entirety is the turn-based combat system that constantly pushes players to think before they act. The weapons triangle from Monster Hunter Stories returns in its full capacity, yet it has been expanded upon with extra mechanics that help forge a more immersive experience. From head-to-head battles to now having four characters to look after instead of three, Wings of Ruin builds upon what Monster Hunter Stories accomplished by adding more depth to its already great gameplay routine. Players are no longer just thinking about what the right type of move to use is. The sequel often throws more deliberate patterns and strategies at the player as monsters now have damageable body parts and weaknesses from various items or specific weapon types that are found in the modern mainline Monster Hunter games.

On top of the standard combat though, Wings of Ruin also asks players to explore its world at their leisure and enjoy building their own team of monsties. Between the regular open wilds and the various monster dens placed around the environment, Wings of Ruin is always giving players enough variety as long as they make an effort to stray from the linear plot path. Within the world are hidden items and areas that can only be accessed by using a specific type of monstie. It is a shame the world does not utilize its ridable monsties more often, but it is satisfying when the game tries to get players to think about their approach to entering the wild outside of just weapons. Overall, Wings of Ruin truly comes off as a Monster Hunter game turned into a full-blown JRPG — and that sentiment really blooms when looking at just how much there is to do in the game, too. Between Subquests, Trial Quests, and Online quests, there is a ton of enjoyable objectives to tackle outside the main campaign that provides a welcoming number of legitimate challenges.

Monster Hunter Stories 2: Wings of Ruin offers a charming sequel to 2017’s first narrative-driven Monster Hunter spinoff, albeit one that misses out on its story’s potential. Even in the face of its technical problems, the thrill of its turn-based hunts and exploration keep Wings of Ruin constantly soaring to its endgame. It may not be the most sophisticated Monster Hunter title or role-playing game out there, but it certainly has an admirable amount of complexity in its core mechanics that are easy for newcomers and casual audiences of the genre to digest yet satisfying for determined riders to master. For fans of the first entry, Wings of Ruin will surely leave them satisfied in terms of gameplay and visuals as the latest sequel ups the antics of its predecessor. Even if the story is filled with faults, it is impossible not to be glued to the monster and character designs in the spotlight. Monster Hunter Stories 2: Wings of Ruin manages to ride on to success thanks to its core experience.