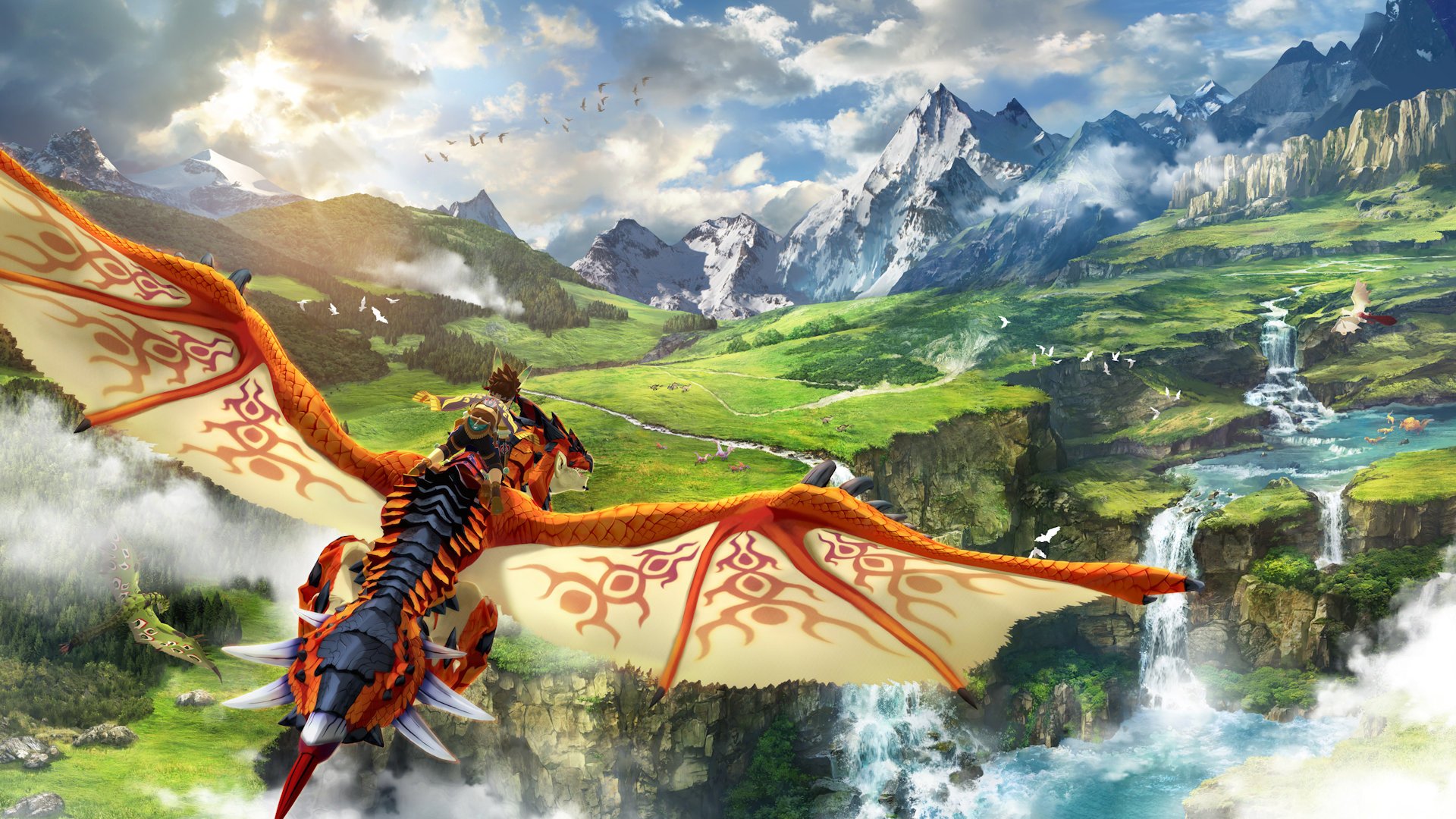 Four years after its debut, the 3DS surprise hit Monster Hunter Stories has finally made a comeback with its sequel for the Nintendo Switch and PC. While it may carry over quite a bit of the same gameplay elements, the latest spinoff in the Monster Hunter franchise is a mildly more complex entry than its predecessor. As it expands on combat, hunting, and everything there is to do with fighting alongside the player’s collection of monsties, it offers a meaty chunk of information for newcomers to pick up on. Before you can hop on your Velocidrome and go headfirst into battle, these are some essential tips every rider should take into the fray before starting Monster Hunter Stories 2: Wings of Ruin.

Know The Weapon Triangle by Heart

Whether you are looking at the original Fire Emblem’s armory or the three starter types from the Pokémon franchise, weapon triangles are nothing new to role-playing games. Like those aforementioned series, Monster Hunter Stories 2: Wings of Ruin inherits a simple weapon triangle from its predecessor. Players should memorize the system as soon as possible. The three elements of combat involved in the weapon triangle are speed, power, and technical. Speed beats power, technical beats speed, and power beats technical.

In case you need to visualize that, imagine a triangle where technical is at the top angle, speed is on the right, and power is placed left. Each monster typically uses one or two of the elements. If the player knows what to counteract each monster’s attack with, then they should easily be able to gain the upper hand without having to worry about losing a head-to-head fight or taking damage from using the same move as their opponent.

Pay Attention to The Other Characters in Battle

The user interface of Monster Hunter Stories 2: Wings of Ruin is undeniably on the simplistic side of the series’ design when it comes to menus and battle. Unsurprisingly enough, it also manages to be the most helpful when it comes to conquering its turn-based strategy gameplay. Paying attention to teammates and enemies through the user interface’s text is a key aspect in learning attack patterns and racking up the most amount of damage through combos. The UI is seriously the player’s greatest ally. Of course, what players need to pay attention to is what type of move their monstie or enemy is using, however, there are other nuggets of information to keep an eye out for.

For example, some teammates may occasionally heal the player when their health is low. Signs such as this are clear indicators that you should continue on the offensive front. Be sure not to accidentally waste a turn by double down on herbs or portions because it will happen a lot, especially during the game’s opening hours! Read before you write your plan of attack.

Equip One Weapon Type From Each Category

Unlike the first Monster Hunter Stories, Wings of Ruin contains three different weapon types to utilize in battle rather than two. However, like the previous entry, two individual weapon categories are part of each of the three weapon types. Great Swords and Hammers are slash-type weapons, Swords & Shields and Hunting Horns are blunt-type, and finally, Bows and Gunlances are pierce-type. You can equip up to three weapons at a time so it would be wisest to take one of each type with you into battle. During the first few hunting missions, the player will be provided with both slash-type weapons (the weakest Great Sword and Hammer). Collecting weapons that are blunt or piercing as soon as possible may help you breeze through the game’s opening hours faster if you can timely master their abilities.

Spend That Zenny and Put Those Materials to Use

If there is one aspect where the opening hours of Monster Hunter Stories 2: Wings of Ruin can be overwhelming for newcomers, it is when introducing players to every feature of the village they eventually are required to use. The game opens up by giving players an Iron Great Sword, Standard Hammer, and Rider Armor, but why use all that when you can probably get far better equipment after your first few plot-related quests? After capturing your first two or three monstie eggs, collecting items along the way, and doing some occasional grinding in between, the player will more than likely be able to afford some better weapon and armor upgrades. While the standard two weapons and gear set are usable for a few hours, the player should try and replace their starting gear as soon as possible.

On a side note, while the shop does indeed sell herbs (one of the key healing items that are on the cheaper end of the zenny spectrum), the collectible can be found readily while out in the wild. If you are short on zenny and desperately want to upgrade your gear, be sure to only spend currency on the poison herbs as you may need them! For other healing items, collect herbs, open chests, and use what is given because there are other necessities to focus on that can only be obtained with coins.

Check The Quest Board

One of the best ways to quickly gain experience points and zenny is, of course, by completing what every Monster Hunter game has the player spearheading outside of the mainline story: Subquests and Trial Quests. While Subquests are objectives completed out in the wild, Trail Quests are challenging battles that can be accessed only and instantly at the Quest Board. There is no limit as to how many Subquests the player can accept at a time, however, some of the tasks are timed events that must be completed during a set period of the narrative. Each Subquests page contains up to ten entries (both completed and in-progress) so be sure to flip between them so you do not accidentally skip over one! When you feel confident in tackling a Trial Quest, just look at the task and begin! On a side note, be sure to check in on the villagers of each town location too. Some of the NPCs will provide you with Subquests to tackle.

NPC Subquests can be found by speaking with characters who have a blue exclamation mark over their head. They are easy to miss if you are focusing on the story and not exploring each new location. Take a few minutes to find these extra Subquests before they permanently disappear!

Grind Rather Than Glide

If there is one tip all players picking up Wings of Ruin should note, it is the fact that they absolutely need to put some time into grinding rather than simply jumping from objective to objective. Monster Hunter Stories 2 is packed with enemies to fight on the game’s overworld. Often the story will try and coerce the player into avoiding a fight with most species found in the wild. Rather than listening to the plot’s linear directions, do not be afraid to traverse off the path at hand to discover items and fight monsters immediately during the game’s opening hours. You can recuperate in a town at any time, and the penalty for death is only a detriment when holding a monstie egg that has not been cracked open or saved after a previous run.

Nothing is stopping you from fighting any of the wild monsters that are in your path! Grab that Great Sword and get exploring!