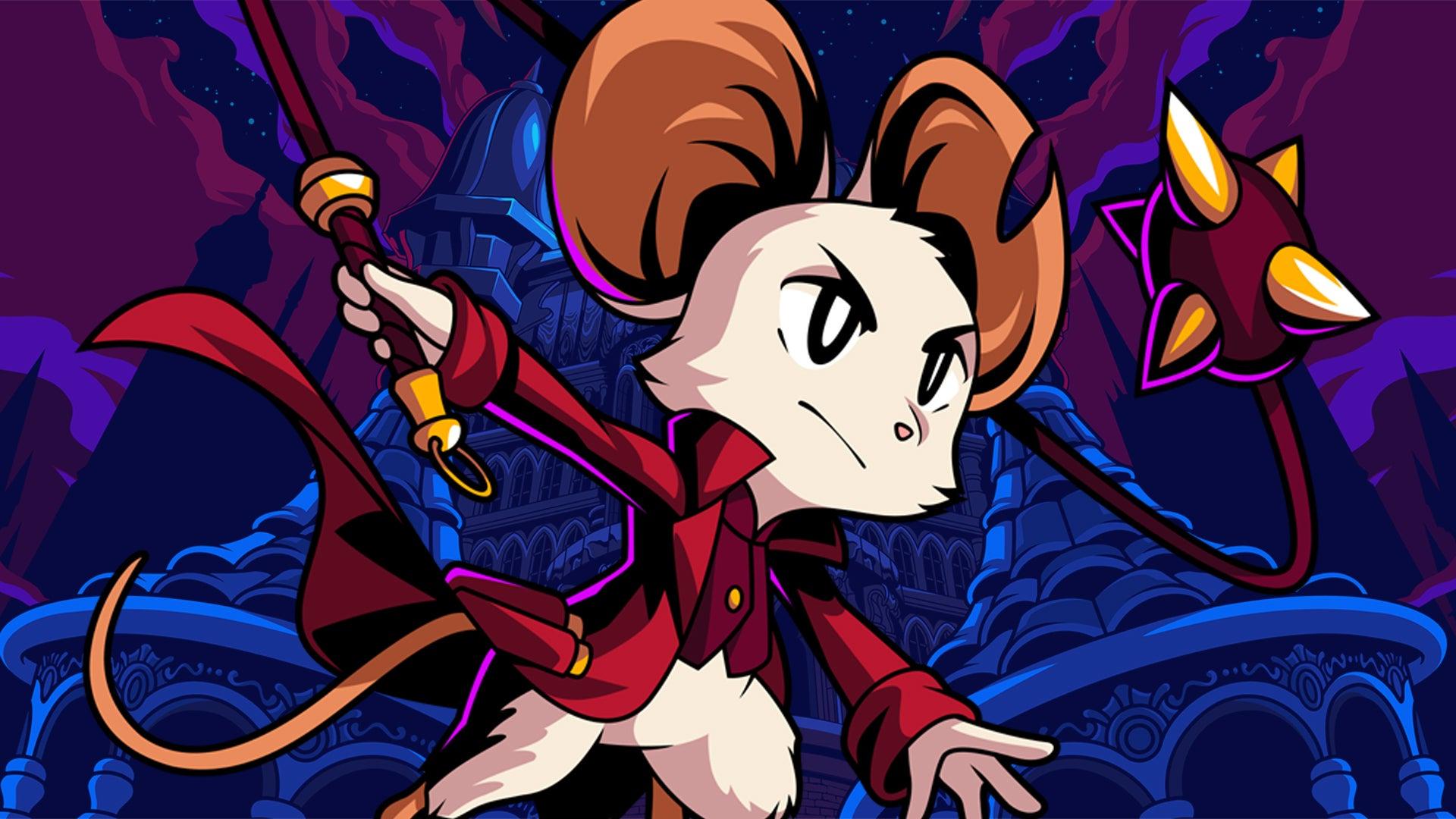 The games slated for release this winter and early spring are almost universally vast. While not necessarily a negative, it is easy to feel overwhelmed by the sheer number of systems and mechanics in epics like Pokemon Legends: Arceus, Horizon Forbidden West, and Elden Ring. Restraint in game design seems to rapidly be turning into a lost art, particularly among AAA developers. And then there’s Yacht Club Games, who have proven multiple times that there is ample appetite for retro-styled games with easily digestible mechanics that don’t give in to bloat. Their first new IP since the genre-busting Shovel Knight, Mina the Hollower is retro-inspired, forward-thinking, and has all the ingredients necessary to make it a classic.

Mina the Hollower announced its Kickstarter campaign during a stream on the recently-rebooted G4 network, and met its funding goal in under twelve hours. It’s easy to see why: the studio known on the development side for Shovel Knight and its many expansions and on the publishing front for Cyber Shadow and Shovel Knight Pocket Dungeon has proven that it takes crowdfunding seriously. The announcement trailer promised mystery and gothic violence in a world dripping in a Game Boy Color aesthetic. Mina the Hollower is so stylistically self-assured that there seems to be little risk in the game being finished, a common fear for Kickstarter skeptics. The only questions remaining are many stretch goals Yacht Club Games will fulfill by the time funding is over.

Those looking forward to Mina‘s eventual release can rest assured that the game plays fantastically. There are countless top-down, pixelated adventures that claim to be inspired by video games of yore. Mina the Hollower fulfills its promise in just a brief gameplay demo. Players control Mina, the titular Hollower, an adventuresome mouse who wields a spike-tipped whip. She moves similarly to Link in classic Zelda titles, but the Tenebrous Isle is more Yarnham than Hyrule. Dark and dingy, gothic and imposing, Mina’s world is full of corpses, crypts, and cobblestone streets. But the game is far from depressing. Most NPCs are animal-themed, from a camel coach driver to a slippery snake spelunker. Mina herself is adorable, the very definition of little, but fierce.

Running at a smooth 60fps, Mina the Hollower plays like how players remember Game Boy Color games playing, without any of the technical limitations of the time. While the reality of revisiting games from the past is often disappointing, Mina feels like a long-forgotten gem. It looks like how 90s kids remember their Game Boy games looking, but feels modern and snappy.

Yacht Club Games has doubled down on an incredible central mechanic for their main character. Mina the mouse can thwip her whip and toss secondary items a la Castelvania, but her greatest strength is her ability to burrow underground after a simple jump. After taking a hop into the air, by holding down the jump button, players can have Mina delve into the earth and emerge a few moments later. It’s a move that feels as natural as bouncing on an enemy’s head with a shovel, an instantly iconic signature move that characterizes everything from combat to puzzle solving.

In the Mina demo, players receive a taste of what to expect from the full release. There is the barest amount of exploration in a city area, then players are thrust into the overworld before eventually entering a spooky crypt. There are dozens of enemies to defeat, from leaping slimes to shambling skeletons, but Mina is more than equipped to handle her foes. Combat is quick and instantly engaging. The whip is just the right length to attack enemies from a safe distance, but enemies themselves also charge into the fray quickly. Mina can dive into the ground to avoid attacks and emerge just far enough away to deliver a finishing blow. Rather than the instantaneous satisfaction of swinging the Master Sword in a Zelda game, Mina’s whip has the slightest hint of a windup, which makes positioning all that much more important. But Mina is sturdy, with a decent-sized health bar, and can heal herself via an ingenious potion mechanic that heals for more depending on how many attacks she’s landed.

Yacht Club has implemented a leveling-up system for Mina, where players collect bones from defeated enemies or dig them up in the overworld. Gather enough bones, and Mina will “bone up”, prompting players to invest those bones in greater defense or more effective secondary weapons. Mina can also bank those bones; after all, the bones are her money, which can also be spent a special shop for useful trinkets that function like charms in Hollow Knight. The demo presents just a taste of trinkets, but it is easy to imagine developing different builds for Mina depending on available trinkets and tools.

The Zelda influence is clear, but Mina the Hollower is carving its own path. The demo’s gameplay is completely compelling, and players will be pleased by the flourishes packed into every frame of animation. Yacht Club has always paid granular attention to the smallest details; watching Mina pull on minuscule gloves to climb a rope is one of the cutest things ever rendered in a video game. Mina the Hollower is shaping up to be a personality-packed adventure and a worthy follow-up to Shovel Knight.

The Kickstarter campaign for Mina the Hollower is live until March 3, 2022.