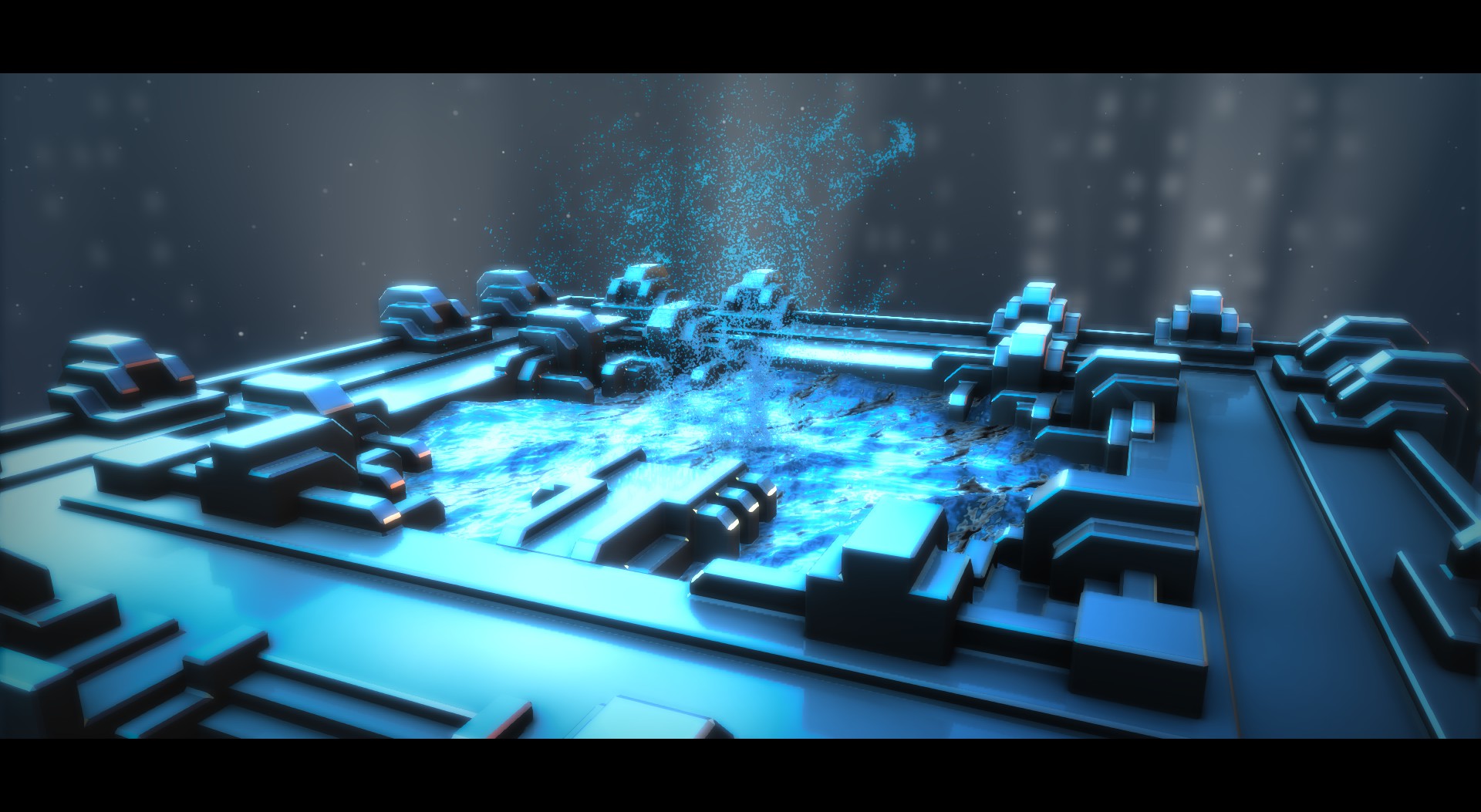 There’s a pretty decent chance, if their sales numbers are correct, that at some point in your life you’ve heard of or played with Lego, or some brand of connecting brick toys. Building blocks are probably one of the staples of human enjoyment, and it’s no secret they’ve been influential in gaming. Games like Minecraft, Terraria, and Starbound are built on the idea of connecting blocks together to form things. But these are often inert, static objects that grow boring. Wouldn’t something that moves be more exciting? That’s the question posed by MechoEcho, a blend of Portal-esque puzzle solving and basic mechanics. Does it work together, or should this engine end up on the junk pile?

Like many other indie-puzzle games the plot of MechoEcho is slowly doled out via text boxes at the end of each level along with collectable data slates that show perspectives from various characters. There’s also the occasional cut-scene that stands out because they’re so few and far between. It tells the story of a failed colony and a science experiment run amok that’s led you to where you are now. There’s very little in the way of notable characters, and following the story can be difficult, especially in the early stages before it starts to come together.

MechoEcho is a puzzle game, and as such each level presents you with a problem to solve and the means to do it, provided you can put two and two together. To overcome each level’s tasks you’ll be building a vehicle to solve the problem, be that an ultra-thin motorcycle to drive over a skinny bridge, or a forklift to remove an obstacle in your path. You construct these vehicles from a selection of blocks, each level limiting you to a certain number per block, and when you feel you’ve built a vehicle up to the challenge you pit it against the course, taking direct control and managing your components as necessary. Later levels task you with advanced techniques, like building two cars at once.

That may sound easy, but the devil is most certainly in the details here, and while you can build your own variants, it quickly becomes apparent that each level requires one specific build type. Guessing what that build looks like will take up most of your time as you examine the challenge ahead and try to visualise what you need. It can certainly be frustrating at times, but as the nature of the genre often goes, finally solving a puzzle is really its own reward as you bask in the few fleeting moments of glory before descending the elevator to the next level.

Weirdly, the difficulty curve is all over the place here, and some levels, especially those that introduce new mechanics, are noticeably more difficult then others. The game also often fails to expand on concepts it forces you to learn, made all the worse by the incredibly sparse tutorials on offer. The game basically introduces you to a new block type, like pistons or 90° swivels, and says “you figure this out” without any further instructions. Yes, it does make the pay-off of finishing a level that much more sweet, but the journey there is often frustrating as you go through trail and error, testing out vague ideas of what to do.

That’s if you don’t just break a level by accident. While there may be specific ideas in place for levels MechoEcho, it’s often all to easy to exploit. Building a spider-like vehicle to take advantage of the wonky physics and just bounce to the end works better then a carefully constructed machine, and building some sort of grabbing device goes faster then a gondola like the game wants. At times this was more satisfying, as the game just sort of had to play along and go with it, and often felt more enjoyable as my twisted, child-like nightmares conquered what should have been a challenging level by sheer stupid luck.

Hands down the biggest issue with MechoEcho is the camera, which is atrocious. The camera is rotatable around your vehicle, with an option to freely explore while in humanoid form at the beginning of a level. Unfortunately, this camera feels too loose, and properly positioning it can often be a hassle, especially when it gets caught in the environment or decides to zoom way too far in on an object for no reason. Much worse is the camera while building a vehicle, with both the locked rotation and the free-look proving completely inadequate for the task. Trying to attach items to the underside of your vehicle can be aggravating at times and adds frustration to an already frustrating game. Don’t be surprised when you accidentally misplace many of your components because you can’t move the camera where you need it to be. Glitching your way through some levels may be easier then actually solving them.

Graphically, MechoEcho evokes memories of the art design from Bioshock, with big, blocky structures jutting from an underwater-looking world, illuminated by bright show lights and an unseen sun. The levels look great and the game makes good use of depth of field and muted colours to deliver a specific look. Vehicle components all look unique, which really helps to tell them apart while building, and its especially easy to tell what direction a component is facing, important for mechanics like pivots and pistons. There are a lot of cool little touches too, like the trail of past versions of yourself you leave as a wake, or small sparks coming off your brakes when you work them too hard. For a small game built on something like Unity, MechoEcho‘s visuals punch way out of their league, and the game looks amazing because of it.

There’s less to speak of on the audio side however. What little music there is sounds great, with techno tracks that help to ease the tension of building the vehicles, but there’s only music while building, so the second you hit DRIVE, you’re plunged into near silence. This does a lot to create a mood, especially in conjunction with the underwater visuals, but you may find yourself spending more time in the build menu just to hear the music. Other than that, there’s very little in the way of sound effects, save for the whir of your engines and the clinking and clanking of various components. Again, all of this really helps sell the mood that the game is going for.

Overall a recommendation for MechoEcho depends on your tolerance for puzzle games of this nature. If you enjoy being given a list of tools and asked to figure something out, then this is the game for you. Others may find its spikes in difficulty and horrible camera off-putting, and the plot might not be enough to grab you. Still, it’s an enjoyable—if challenging—game and definitely worth it for fans of the genre.