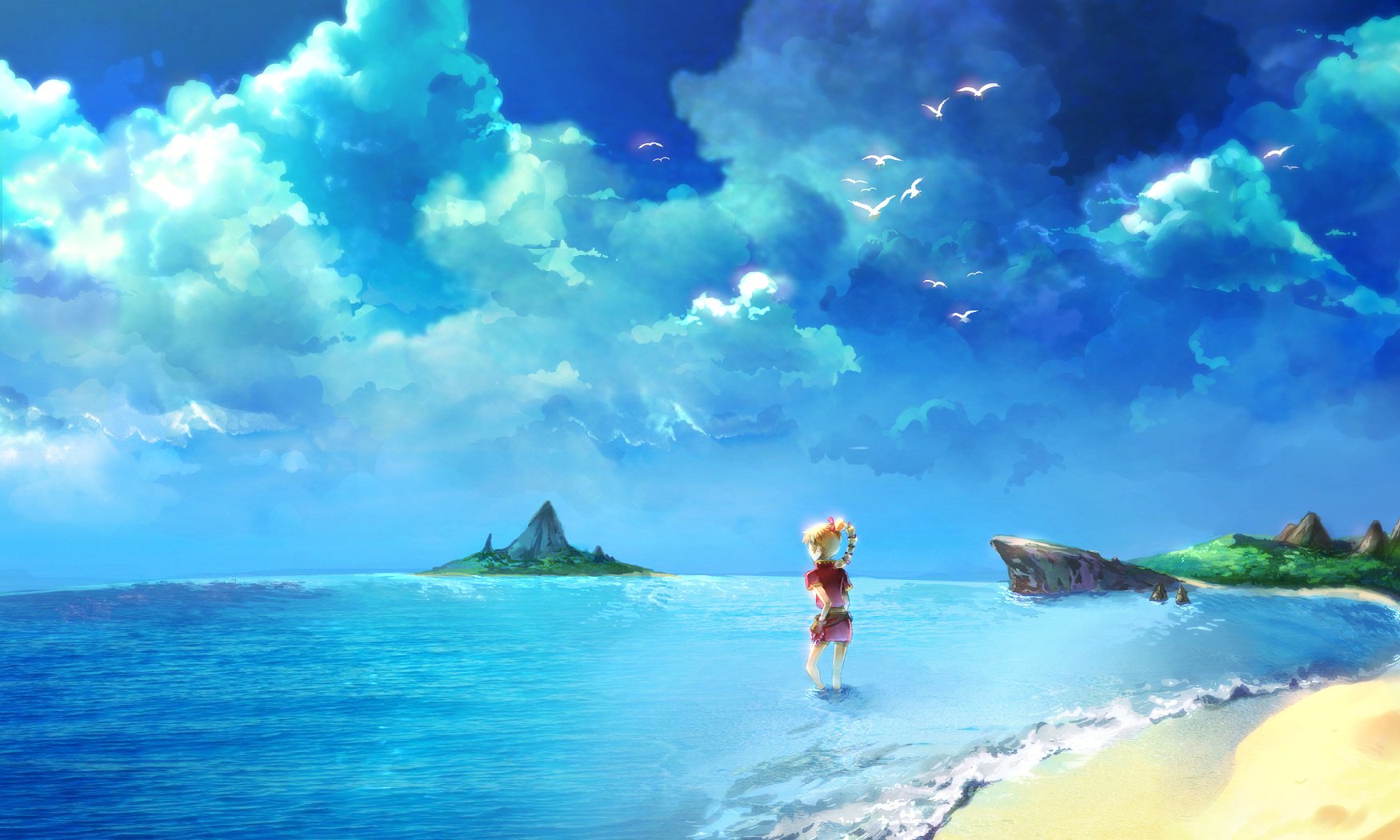 Generally when a sequel is in the planning stages, things are fairly vague. The themes are uncertain, the setting is unclear, and many of the narrative hooks have yet to be worked out. One thing that’s always a given, though, is the characters. As the driving force of the original story, the characters are always the first thing that people will think of when they hear about a sequel. So what happens when a so-called ‘sequel’ jettisons the original cast almost completely? Well, to this day, Chrono Cross remains an intriguing answer to that question.

Being the successor to the much beloved classic, Chrono Trigger, Chrono Cross had a pretty strong pedigree preceding it, and, as such, a great degree of hype in turn. However, when the game was first unveiled, the atmospheric medieval setting of the original had shifted to that of a tropical island, and not a single recognizable face was on display. Subsequent previews were even more baffling, revealing a cat-human hybrid as the main villain and the ability to recruit over 40 characters, none of whom were in the original game. With these facts in mind, the question soon became: what does any of this have to do with Chrono Trigger?

As it turned out, actually quite a lot. While Chrono Cross did indeed take place in the same universe and timeline as Chrono Trigger, it had been planned on a vastly different scale, and executed in a wild new direction. While Chrono Trigger centered on the concept of time travel, and its ripple effects in other eras, Chrono Cross took that idea and compounded it. Taking place on another continent of the same world, some 20 years after the events of the original, CC instead focused on the world that had been created in the wake of the original adventure, and how each decision made had created its own reality. Not alternate timelines, but alternate dimensions altogether. 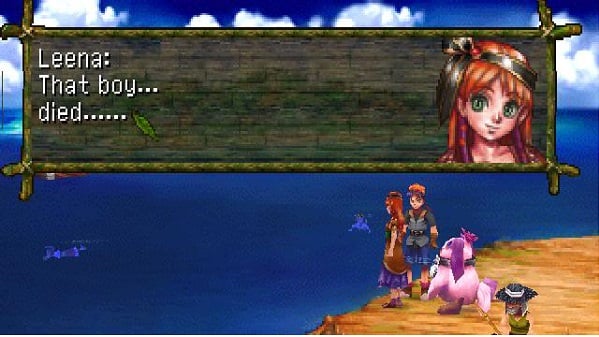 While the new plot began simply enough, with the story of a quiet young boy on a tropical island, it quickly spiraled off in a dozen different directions, each more jarring and disparate than the last. For example, the protagonist’s first excursion into an alternate dimension is concerned primarily with the fact that he doesn’t even exist there–because in this reality he’s long been dead. The unsettling scene that follows this news concerns itself with the hero, Serge, reading his own grave stone in an eerie silence interrupted only by the crashing of waves far off in the distance.

This leads invariably to the crux of the narrative, which is the idea of choice. In time, the players do finally meet with the heroes of the original title, but we actually find ourselves at odds with them, due to the fact that we’ve changed their story, and erased their destiny. Whether the subtext implied by this advent is intentional or simply coincidental is questionable, but with the talent involved, its hard not to lean towards the former.

Despite its strong reviews and critical acclaim, Chrono Cross remains a very divisive title to this day. While some respect the game for going in it’s own direction rather than being a cheap cash-in that absorbed itself in rehashing the conflicts of CT, others believe that it bastardized the narrative of its predecessor, and corrupted the trail that it had extended through its very existence. 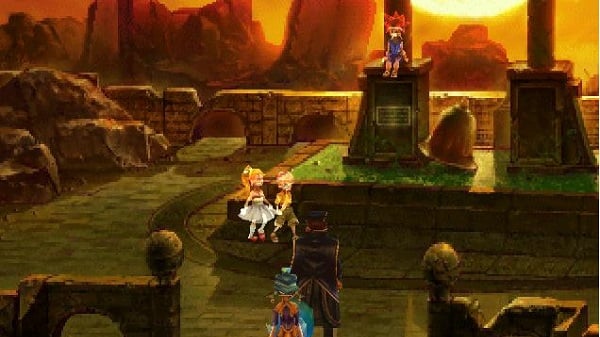 Players from either side of the fence were able to agree on a few things, though, mainly the games other strengths, outside of its plot. The battle and experience system were unlike anything that had ever been seen in the genre before and made for a unique experience in and of themselves. The gorgeous pre-rendered environments looked like painted masterpieces and the music radiated the mind from its lonely violin lamentations to its orchestral renderings of joyful energy and unending zest.

Even with these given advantages, Chrono Cross still invokes heated debates in many of the invariably dark corners of the internet. As an avid fan, I imagine another dimension: a place where everyone just lets Chrono Cross be what it is, and adores it accordingly.

But then I wonder, which reality is more interesting?