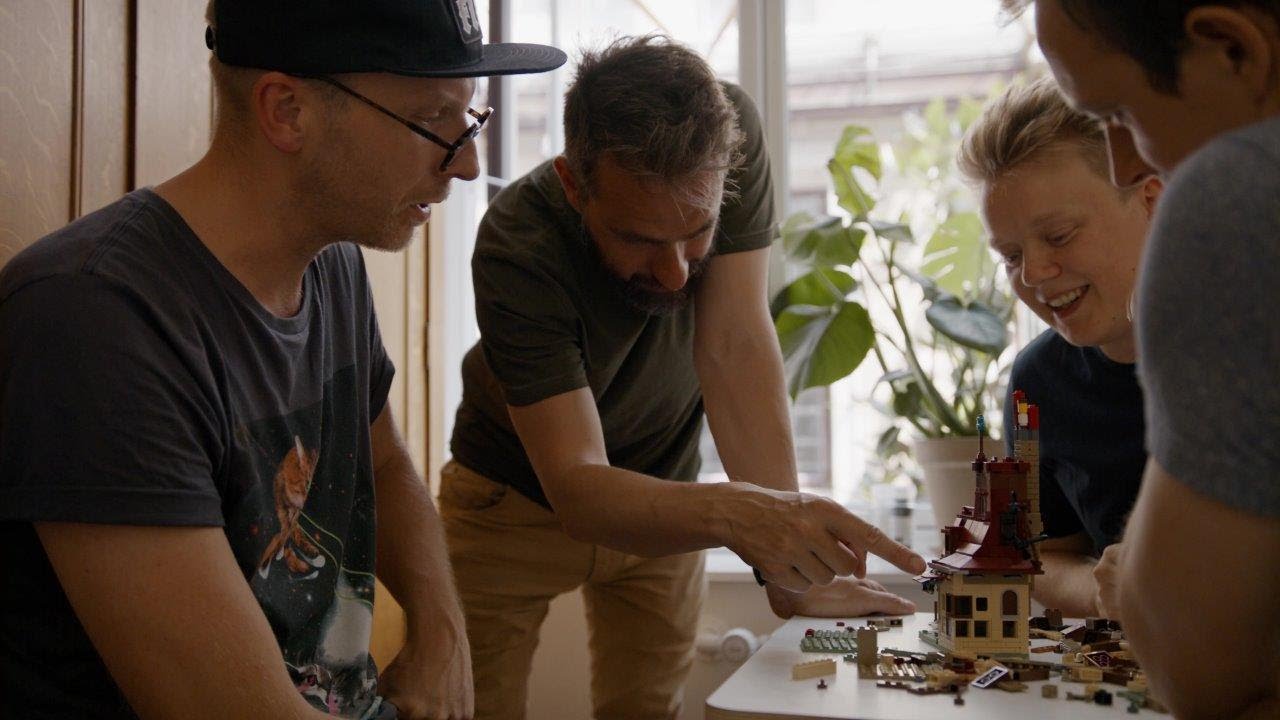 Founded by The LEGO Group in hopes of creating new and original virtual products, Light Brick Studios set out on a mission: to build more beloved video games revolving around the company’s globally iconic bricks. LEGO Builder’s Journey from Light Brick Studios initially premiered on Apple Arcade to critical acclaim as it took home plenty of accolades throughout 2019’s award season for mobile titles. Two years since its launch, the game has finally broken from its exclusivity chains and has made its way to both the Nintendo Switch and Steam. Goomba Stomp had the chance to interview Karsten Lund, the Managing Director at Light Brick Studios and Creative Director on LEGO Builders Journey, after the launch of the game’s latest ports. In our interview with Lund, the director touched on subjects of diversity, creativity, staying true to the LEGO brand, and more.

(Please note that edits were made for both brevity and clarity within the following interview.)

Lund: The story is ultimately about play, and the notion that we should spend more time playing together. When we play we’re being creative and imaginative, we invent new things and discover a lot about ourselves. It’s healthy for people of all ages to play more.

GS: When I reviewed the game, one idea that I brought up was the fact that the characters of the game are both genderless and ageless. While the characters do look like a father and son, they can really be interpreted as anyone. The LEGO Company has always strived to be as inclusive as possible in terms of gender and accessibility. Did Light Brick Studios have this in mind when developing LEGO Builder’s Journey’s characters and story?

Lund: We wanted to create a nonverbal experience where players interpret the layers in the narrative and get their own meaning. We’ve designed the character to support the ideas of that narrative and let the player put their own emotions into them. Playing is without gender or age, so hopefully players will immerse themselves in the story and reflect on the game’s message.

GS: How did Light Brick Studios ensure that LEGO Builder’s Journey would stay keen on keeping the brand’s key philosophies intact? Was there a creative challenge in ensuring that the game stays as accurate as possible to playing with actual LEGOs?

Lund: We had to dig deeper into the actual choices you make when playing with bricks, not just the audio, visuals, and haptics, but also brick choice and layout of levels. The challenge was to make it feel as intuitive as playing with bricks, with minimal guidance. We tested the game a lot to get to the meditative feeling of flow in the game.

GS: The latest port of the game to the Nintendo Switch and Steam comes with a few additional levels. Why add extra content to the game now? We’re these previously unfinished levels or did the team expand the game for another particular reason?

Lund: We received so much positive feedback on the game, and wanted to emphasize certain elements of it, and make a stronger version of the narrative. Some of the levels are inserted into the original experiences and some are added on at the end. We feel that we’ve successfully enhanced the game without losing the essence of what Builder’s Journey originally was.

GS: Did the team have any particular LEGO sets or products that inspired some of the levels and design choices of the game? Do they have any favorite pieces they did not get to utilize?

Lund: We’re inspired by all the master builders who use elements in a creative new way. If you look closely at the models in the game, you’ll spot a lot of interesting use of elements, like sausages for branches in trees and cherries as leaves. Building dioramas in this microscale really sparked our imagination. Sometimes constraining yourself creatively actually sets you free. I think playing with LEGO bricks is like that. You use the elements you have at hand to go where your imagination takes you.

GS: The LEGO Company works with dozens of different original and ongoing intellectual properties that are known on a global scale. Is the team at Light Brick Studios interested in tackling one of the properties they work with for a puzzle adventure game that is like LEGO Builder’s Journey? Perhaps Batman, Star Wars, or even the City brand that has expanded into other games (LEGO City Undercover)? Or is the studio sticking to entirely original projects?

Lund: The Brick is the star of the show in Builder’s Journey, and currently, we have no plans for any external IPs. We want to make original content and explore innovative ways to use the LEGO brick in new kinds of playful experiences.

GS: Can you tell us anything about what’s next for Light Brick Studios? Do you have any last message for our audience?

Lund: I can’t really get into any details at the moment, but I can say that we’re working on new games. We’re having a lot of fun with it and can’t wait to show you what we’re up to next.