League of Legends has evolved quite a bit since its debut in 2009. The game receives patches practically every month with minor tweaks and adjustments, but veteran players know that the big changes take place in-between seasons. With Season 6 scheduled to kick off on January 20th, Riot has unleashed patch 6.1 on the live servers, and as expected, there’s a plethora of changes. There’s the usual stuff you’d expect in a huge patch: lots of buffs and nerfs to champions, item changes, and adjustments to both summoner spells and masteries, but the biggest change this year is the huge overhaul of the champion select phase. In theory, a lot of the changes they’ve made seem good, but in practice, the new champ select has an overabundance of flaws, and both high and low ELO players alike are already voicing their displeasure.

First things first: the new champ select looks and sounds fantastic. The new layout, graphics, and animations are all great. With that said, looks can only take you so far. 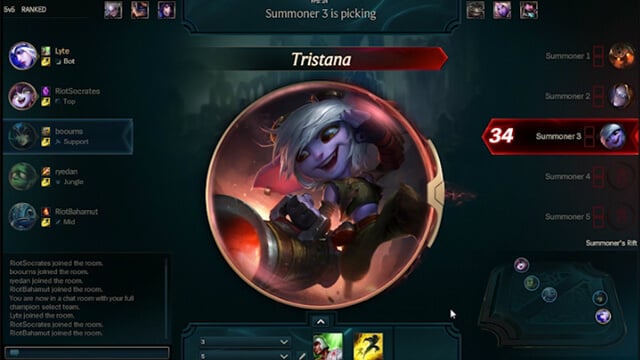 There are several big changes to examine, so let’s start off with Riot giving players the ability to select their roles before entering the queue. Players can now specify a primary and secondary role, and the system guarantees to place them in one of those two roles. In theory, this seems like a great change, as many games have been lost simply because of players being put in off-roles. The problem is, at the end of the day, this change doesn’t actually guarantee anything. Let’s say Player X queues up with jungle as his primary role, and top as his secondary, but he really only wants to play jungle. If the system gives him top, but makes him first pick, there’s nothing stopping him from locking in a jungler, and saying “jungle only” in chat. Within the first hour of playing with the new champ select, I ran into a person who did this. You can make the argument that these types of players would do this regardless of the new champ select, but that’s not necessarily true. Last season, the person who got first pick was free to chose any role they wanted. Now, the system may give you first pick, but at the same time tell you to play your off role rather than your main. There may be plenty of people willing to honor the new system, but there are still tons of people who believe pick order trumps all. Expect many arguments to breakout before the real game even starts.

Before the banning phase begins, players now have to sit through what Riot is calling the “Pick Intent” phase. During this time players hover over the champion they intend to play. Again, this may seem like a logical addition, as it allows teams to plan out their composition, but in actuality it’s nothing more than a waste of time. During my first handful of games on patch 6.1, everyone selected a champion during the pick intent phase. Not surprising, as the feature was new and exciting. But that excitement died quickly. Less than 48 hours after the patch hit, I experienced 50% of people simply AFKing during pick intent, and 20% of people picking completely random things which they didn’t actually intend on playing. This may not seem like a big deal, but the wasted time adds up. The pick intent phase lasts 35 seconds, and each pick and ban can now take up to 40 seconds. Plus, failing to lock in a ban or pick before the timer expires results in a queue dodge, forcing everyone to start over. As time goes on, people will become accustomed to locking in their selections, but that doesn’t change the fact that the new champ select seems to take almost twice as much time as the old one did. The fact of the matter is, “pick intent” has always existed, it’s called the chat box. And 40 seconds per pick and ban is way too much. Eliminate the pick intent phase entirely, and make it 25 seconds per pick/ban. The new champ select looks nice and all, but what we actually want to do is play the game. Get us onto Summoner’s Rift quicker please. 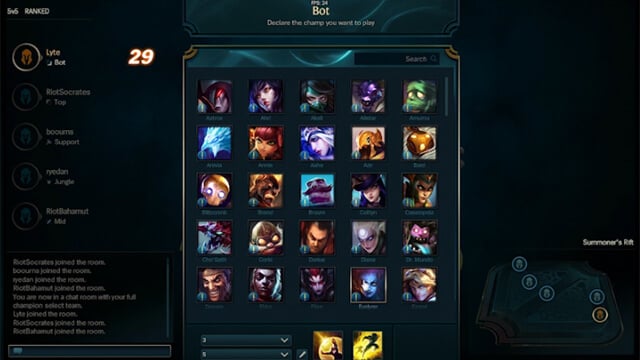 The biggest change, which Riot is calling “dynamic groups”, also happens to be the biggest problem. In the past, Solo Queue limited players to searching for games alone or in a group of 2, but now this new system allows any party size (1-5) to search for games in Solo Queue. The major flaw here should already be readily apparent: Solo Queue isn’t Ranked 5s, why are groups of 3+ allowed? With people queuing up as a group of 4, the teammate they’re matched with is automatically at a huge disadvantage. The group of will be using voice comms which their random teammate won’t be privy to, causing a communication issues, plus the group will always side with each other, and never listen to the calls made by the random element. There’s a very good reason the other big MOBAs (DoTA 2 and Heroes of the Storm) don’t let teams queue up as 4, it’s because the 1 random they’re matched with would be the scapegoat in every situation.

The biggest issue caused by dynamic groups is that Solo Queue is no longer a demonstration of individual skill. Whichever team has the bigger premade group has the odds heavily tilted in their favor. As a low diamond tier player myself, it’s been terrible getting matched against well coordinated 3 or 4 man pre-mades. It leads to exceptionally lopsided games. Players queuing up solo at the highest ranks are getting steam rolled by full LCS teams, and people at the lower ranks aren’t having much fun either. League has always had a Ranked 5 playlist for people who want to play with a team full of friends. Solo Queue, as the name implies, is for those who want to queue up alone. A tremendously large portion of the game’s user base plays the game solo, and they’ve been extremely vocal. Within 24 hours of patch 6.1’s deployment, the League subreddit was dominated by people voicing their displeasure about dynamic groups, and now all complaints have been compiled into a mega thread.

Each new season of League of Legends has had a transitional phase. There’s always at least a few people who object to the removal of a certain item, or the adjustment of a certain mastery, but the vocal outcry over dynamic groups is the largest since the proposed Lee Sin rework, which of course was cancelled due to negative feedback from the community. Will Riot adjust dynamic groups, or abolish it completely? Only time will tell, but as it stands right now, Solo Queue ain’t what it used to be.