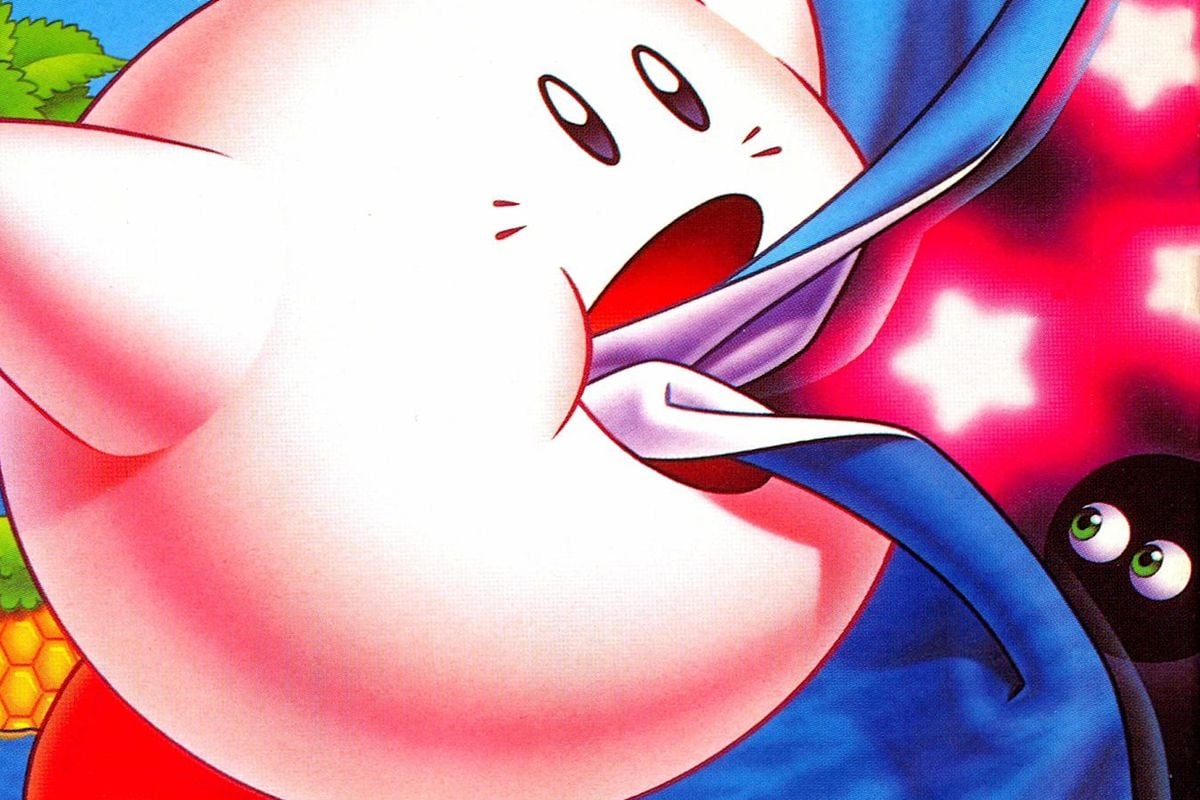 A brand new Kirby game is on its way, and for me, that brings me to reminisce about the first time I was introduced to Kirby, how much I loathed and despised him, and how an NES game made me change my mind completely.

The year is 2002, and I’m three years old, turning four in December. Me and my two older cousins, born in 1994 and 1991 respectively, are sitting in the bottom floor of my grandparent’s house, while the adults are upstairs, casually conversing about matters of which we were not concerned, due to us being aware that adults only talked about boring stuff, such as politics and the economy.  Luckily, we were sensible young men who knew very well that video games, potato chips and frozen pizza surpassed the importance of adult matters. Hence, we were feasting our eyes on an old TV, with three Nintendo 64-controllers clenched in our hands. The jolly, festively violent sounds of Super Smash Bros were almost drowned out by the sounds of buttons being mashed and joysticks being twisted out of proportion. I was the youngest, being born in 1998, and of course, I was losing against two seasoned veterans, but nevertheless, I was truly enjoying the time we spent together in front of the television, and I was enjoying the game as well.

The roster of playable characters in the first installation of Super Smash Bros is unimpressive compared to the latest installations, but back in the days, these twelve characters seemed to be an abundance of fighters. My personal favorite was always Luigi, possibly due to the fact that you had to work to unlock him. I did enjoy every other fighter as well, with one exception – that little pink, chubby ball that went around absorbing my powers, flying around in an obnoxious manner, turning himself into various objects rendering us unable to damage him for a while… I didn’t like Kirby at all. And that mindset stuck with me until 2015, over a decade after my first introduction to the character.

Last year, my very good friend came over to my house with his old NES. He had gotten it for his birthday a couple of years before, and he figured that as he seldom used it, we could place it at my house for a while. I was absolutely thrilled, because of my unrelenting love for old-school video games. So I started playing. I started off with the most obvious choice, Super Mario Bros. Then, I made my way through game after game, exploring titles such as Tetris, Bart vs. The World and Duck Tales, just to name a few.

After a couple of hours, I had tried out almost every game in the library, except for one. The cartridge was labeled Kirby’s Adventure, and depicted that despicable blob floating around, probably looking for some poor Smash Bros gamer to terrorize. Reluctantly, I inserted the cartridge into the NES, and the image flickered to the opening screen of the game. I started playing right away, and I never looked back.

The game is immensely colorful. You can’t help but feel happy when you play it, as you stroll on through a color palette that seems to be developed by the Gummi Bears. The graphics are nice for the time, and you don’t really seem to find any visual components that drag down your experience. The way Kirby controls made this game memorable for me. Finally, I see how much that absorbing power of his actually mattered for the franchise. Instead of being yet another NES platformer, really succeeded in making gameplay unique, and to this day, it still stands out from the other platformers I’ve played. In Kirby’s Adventure, you don’t just defeat the enemies – you use the enemies.

I do have a tendency to get impatient when playing games, but Kirby’s Adventure really got to me. I played the whole game in one sitting, with no regrets. After a couple of levels, I had started to grow fond of Kirby, and I almost started to regret my treatment of him in Super Smash Bros. The levels never got boring. There was always something innovative about it, that managed to keep you going. The boss fights were interesting, and the gameplay was never too hard, yet never too easy. I finished the game, and I had to sit down and think about it – I actually like Kirby.

This article can be considered my apology to Kirby. It’s a great character, it’s a great franchise, and you can rest assured that I will be buying the new game upon its release.