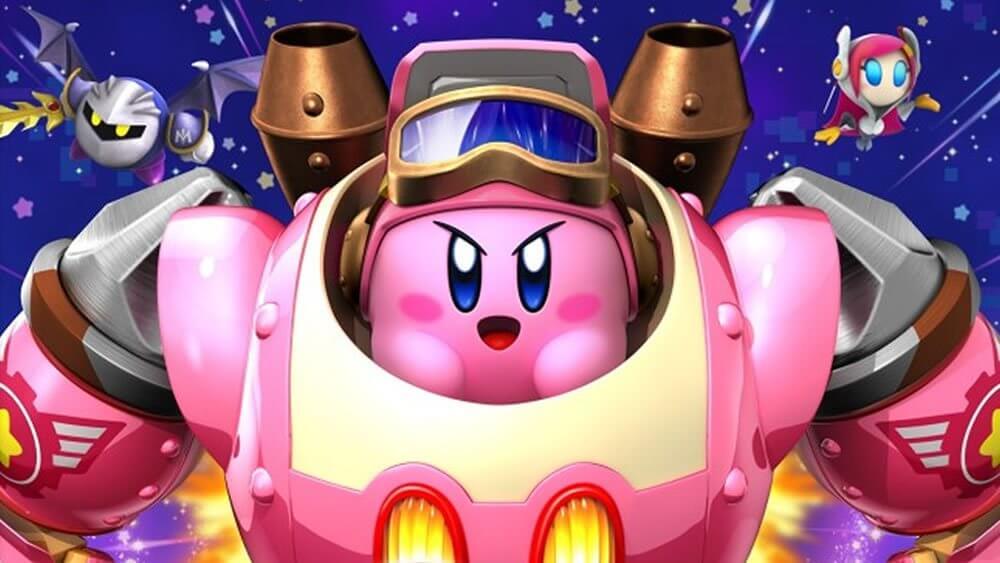 Being a laid-back platformer series that anyone can get into, the Kirby franchise is not known for deep storytelling. Each installment is laser-focused on its gameplay, and most story elements are usually relegated to the very end of the campaign. Kirby: Planet Robobot has a similar “gameplay-first” philosophy, but it has a noticeably stronger focus on its narrative than other installments. It is one of the few Kirby games that unifies its disparate ideas into a cohesive theme, and this theming is propped up by surprisingly strong presentational choices. These narrative elements greatly improve the overall experience, and they give players plenty to think about other than wreaking havoc with copy abilities.

The most evident way that Planet Robobot demonstrates its stronger narrative focus is with its cutscenes. Like other Kirby entries, the game is fairly light on cutscenes, and they barely appear during the first third of the game. When players reach the end of the third world, however, they will meet Susie, the secretary of the Haltmann Works Company and the secondary antagonist of the game. Susie provides the backbone of most of the game’s cutscenes, as she appears before every boss encounter from this point onward to thwart Kirby’s progress. This leads to more frequent, dialogue-heavy cutscenes than in most Kirby installments, but they succeed in providing only just enough extra context to raise the narrative stakes without bogging players down in cinematics.

The animation during these scenes is wonderfully expressive in its simplicity, and the cinematic camera angles add a fun layer of tension. Susie herself proves to be a compelling foil for Kirby; she has a polite, composed demeanor that masks her cold, ruthless nature, and this contrasts well with Kirby’s carefree lifestyle. It’s fun to reach the end of each world to see how she interacts with him, and since these scenes take place before each boss battle, they build the players’ anticipation beautifully before each fight. Boss fights in Kirby games typically start immediately with little prior context, so it’s commendable that Planet Robobot goes through the extra effort of creating buildup to make each boss feel like a real narrative payoff.

Adhering to a Theme

What really sets Planet Robobot’s narrative apart from those of other Kirby entries is it’s theming. The core premise sees the Haltmann Works Company mechanizing Kirby’s home planet. Not only does this premise immediately establish the main antagonistic force, but it also allows the antagonists to have a much greater presence and influence on the world compared to most Kirby villains. The mechanical and artificial locations Kirby visits throughout the game are a constant reminder of the Haltmann Works Company’s influence, and many of Kirby’s iconic enemies are equipped with cybernetic enhancements. Whereas most Kirby bosses exist simply for their own sake, every boss in Planet Robobot is connected to the major antagonists. Bosses like Whispy Woods and Meta Knight return in mechanized forms, and opponents like the artificial clone of Dedede serve to further remind players of what they are really fighting. Rather than being a random powerup for Kirby like the super abilities from Return to Dreamland, the Robobot Armors are enemy mech suits mass-produced by the company that Kirby hijacks for himself, which serves to bring a core gameplay element in sync with the narrative.

Kirby’s initial goal is to destroy the five legs of the Access Ark, the Haltmann Works Company headquarters, before heading inside it; throughout the game, players can see one of the legs far off in the distance, never letting them forget about their primary objective and the true culprit behind it all. Five of the game’s levels take place in the research facilities the Haltmann Works Company placed across the planet. Since one research facility is found in each world, these levels give the impression that the Haltmann Works Company deliberately spaced these facilities apart so they can analyze each part of the planet to aid in the mechanization project and general weapons development. Notably, the location of the second boss looks just like the interior of a research facility. Since this boss is a security system that creates holograms of previous bosses throughout the series, it can be inferred that the facility created this system to analyze the data of these bosses, which further aids the company’s research and weapons development goals. Small details like this really help the world feel purposeful, and they highlight just how dangerous the primary antagonists are.

The soundtrack further reinforces the game’s thematic approach. The music obviously features more electronic elements that suit the mechanical theme, but more noteworthy is the distinct motif that recurs throughout the game. Notably, this motif isn’t just Planet Robobot’s main theme; it also serves as the Haltmann Works Company’s theme song. Since this motif is all over the soundtrack, it further reinforces the idea that the company has completely taken over the planet. While most of the soundtrack features bits and pieces of this motif, the company’s theme is played in full during boss fights. This suggests that players are not just fighting a boss, but also the company itself, and by taking on these opponents, players have a chance to deal a direct blow to the company’s plans. This clever use of music really highlights how far Planet Robobot goes to reinforce its thematic approach, which makes the villains feel omnipresent and impactful.

Planet Robobot makes particularly good use of subtle storytelling when it comes to the primary antagonist, President Haltmann. Before players even meet Haltmann, portraits of him can be seen throughout the halls of Access Ark, which establishes him as being quite full of himself. When players finally meet him in his office, he initially presents himself in a calm, collected manner, and the background music is a soothing piano track not unlike what one would hear in a company advertisement or while on hold during a phone call. But both this theme and Haltmann’s demeanor are merely fronts to keep up a corporate image.

When the boss fight with Haltmann begins, he reveals himself to be an unhinged lunatic, moving around erratically while his boss theme features wildly irregular rhythms and tempos. During his final phase, he summons a group of guard robots only to immediately annihilate them with his own laser attack, laughing maniacally as he does so. Players get a vivid taste of Haltmann’s character thanks to these subtle storytelling tricks, and this is not even getting into his exploding drones shaped like Susie, which hints at a deeper story hiding under the surface.

The Secrets Behind Pausing

Experiencing the main campaign will only grant a surface-level understanding of the story, as extra bits of lore can be found in the pause descriptions. Normally, when the game is paused, players will see a brief description of the ability they are currently using. But if players pause in the middle of a boss fight, this will be replaced by a few sentences detailing the lore behind the boss currently being fought. These are fairly simple descriptions on an initial playthrough, but if players pause during one of the postgame boss rematches, a different, more insightful description will appear in place of the old one.

It is here where players can discover that Susie is actually Haltmann’s daughter who went mysteriously missing after an accident. Haltmann desperately tried to bring her back using the mother computer Star Dream, but the device he used to control it gradually sapped his memories until he could no longer recognize his daughter even when she started to work for him. Reading the pause descriptions during the secret final boss reveals even darker details, to the point where one of the descriptions is Haltmann’s last words as his memories and soul are being wiped out by Star Dream.

The series has become notorious for featuring uncharacteristically dark final battles, but this hidden backstory is exceptionally bleak, and the fact that players will only know about it if they bother to look for it makes it all the more surprising. This storytelling technique was actually used prior in Triple Deluxe, but Planet Robobot makes particularly good use of it. Whereas Triple Deluxe hides its major backstory exclusively through the Sectonia battles, Planet Robobot’s backstory is uncovered through multiple distinct boss battles, encouraging curious players to scope out whatever boss descriptions they can find to assemble the larger puzzle. Giving players a greater understanding of the story as a reward for exploring every aspect of the postgame is wonderfully clever, and it demonstrates the unique storytelling capabilities of games in general.

None of this is to say that Kirby: Planet Robobot is secretly a storytelling masterpiece. At the end of the day, Planet Robobot is a Kirby game, and Kirby games are about having fun first and foremost. But it does demonstrate that even a relatively simple title like this one serves to benefit from strong theming and storytelling techniques. Planet Robobot’s efforts to tell a fun narrative absolutely paid off and even more narrative-driven games can learn from what this title accomplished.