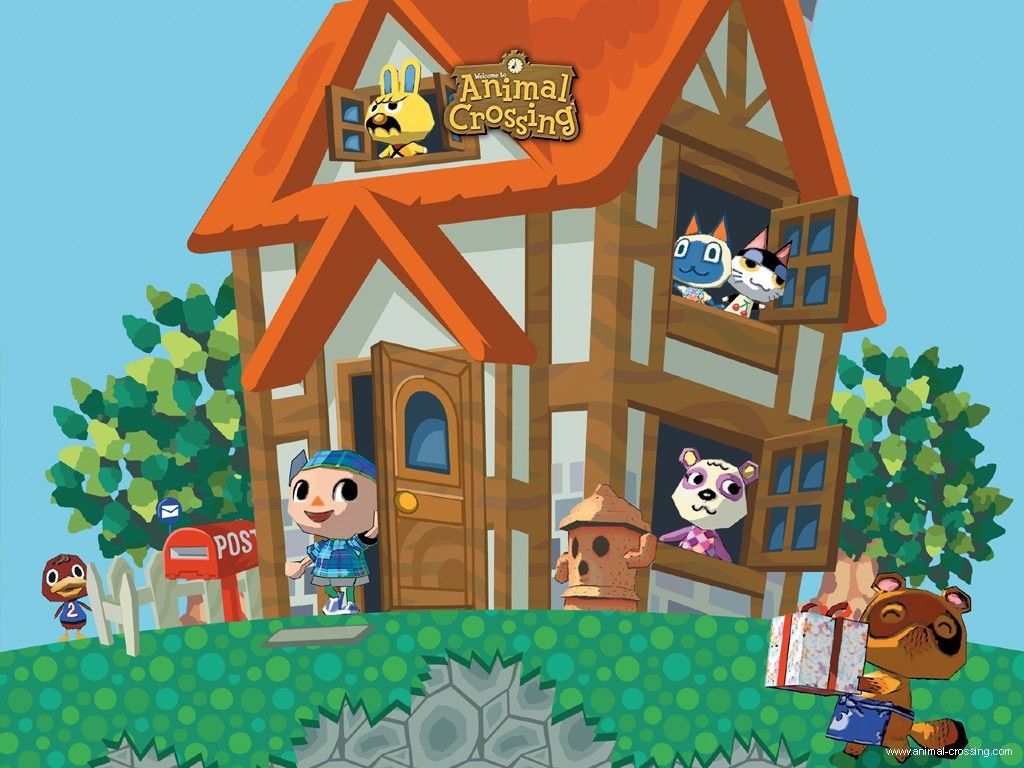 Looking Back at 20 Years of Animal Crossing

If you’re of a certain age, you might have a particular nerdy memory. So, there you are, at a party, behaving in ways which are both unwholesome and unbefitting of someone your age when suddenly it occurs to you: Tom Nook’s sale just started! It’s 10 pm, but you know the sale will be active until 11 pm, so off you go, teetering on your feet as you rush through the neighborhood streets. Since Animal Crossing operates on an in-game clock that mirrors time in the real world, you know you’d better hurry because you can’t cheat the system.

Before you know it, you’ve made it home just in time, and as you push the power button on a certain lunch pail-looking console, the light of your television shines across your face in the dark of night, and suddenly you’re playing Animal Crossing. You’re in your weird little town, populated with your anthropomorphic animal pals. There’s the owl who collects things, the dog who plays some tunes, and, of course, that stodgy loan shark disguised beneath the veneer of a sleepy raccoon.

This is the central selling point of a game like this. Whereas social sims that had come before it, like Harvest Moon, gave you a bevy of things to keep you endlessly busy, Animal Crossing was the first game of its ilk to make an art out of downtime. Whether you popped into the game for an hour or five minutes, Animal Crossing had something to keep you coming back again the next day.

The low stakes/low-stress approach of the game design made Animal Crossing feel like a whole new genre altogether, despite the aforementioned similarities to older games. Really your only motivation was your own drive to improve your home and dig yourself out of Tom Nook’s insidious debt scheme. Completionists might be tempted to fill out their bug, fossil, or fish collections, but those of a more idle disposition might spend hours simply designing their own unique set of clothes.

The best surprise in the game came with the ability to play older NES games within Animal Crossing. For those who wanted to wile away within their idle experience, this was an especially welcome distraction. It’s hard to overstate how chilled out you could feel playing a fun game from your childhood while playing an already relaxing game. Think of it like sipping a cup of green tea while soaking in a warm bath–in other words, bliss. Among the available games were undisputed classics like Donkey Kong and more unsung retro entries like Ice Climbers and Balloon Fight.

Adding further value, players could create multiple towns (albeit with another memory card purchase) or visit their friend’s towns for added benefits. Since this was the old days, you couldn’t use these features online but rather would have to go to your friend’s place, memory card in tow. Still, the benefits of doing this included new items, new experiences, and even new neighbors.

Yes, people from your town might decide to move to your friend’s village or vice-versa. Crazier still, if you visited them in their new homes and towns, they would still remember you, even though they now lived in your friend’s game. Like how most gamers wouldn’t notice or experience tiny idiosyncrasies like these in the Metal Gear Solid series, the fact that this amount of thought and effort went into Animal Crossing, to begin with, is frankly insane.

A totally unique game that would go on to spawn a wildly successful new franchise for Nintendo, Animal Crossing may have began its life as a small, humble experiment on the GameCube. Still, it has since gone on to craft a legacy befitting its own unique flavor and a strong sense of originality, and if that’s not the marker of a classic game, then what is?