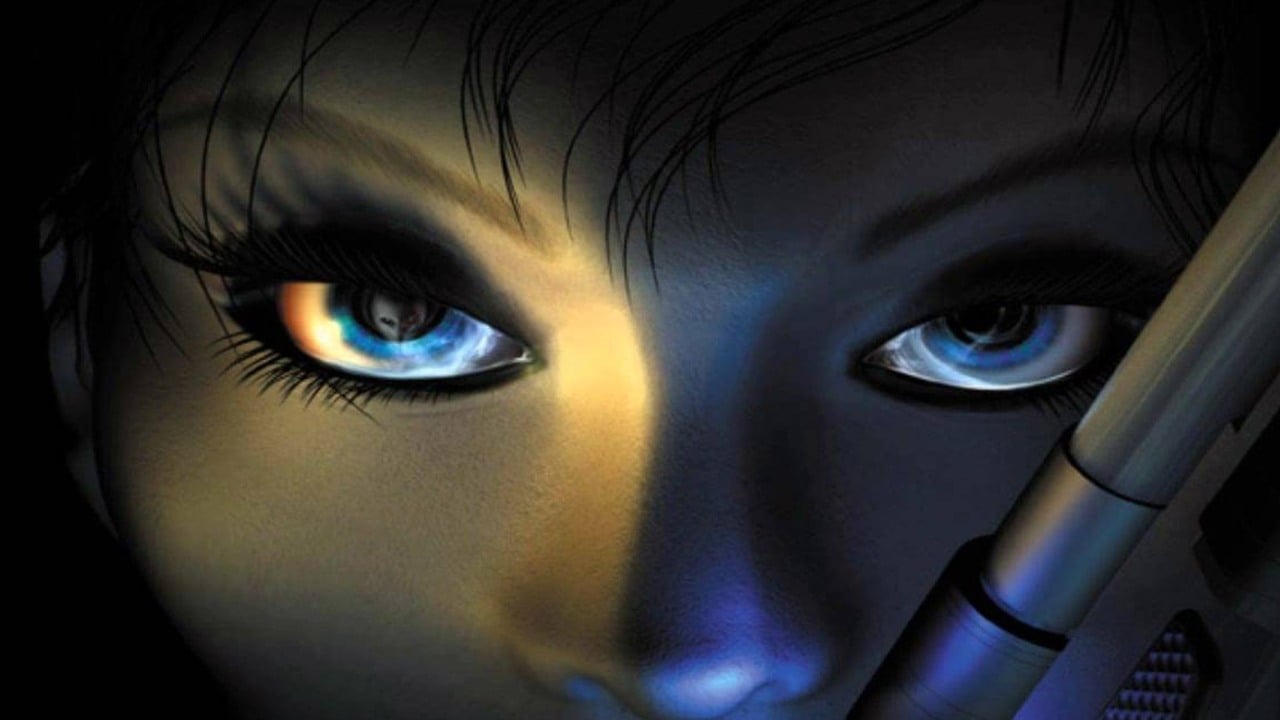 Perfect Dark and GoldenEye 007 Represent Two of the Best First-Person Shooters of Their Generation.

One of the most eagerly anticipated games released for the Nintendo 64 was none other than Rare’s spiritual successor to GoldenEye. After Rare and Nintendo lost the rights to the James Bond license in a bidding war with EA, the masterminds at Rare decided to flex their creative muscles with a completely new concept. Without the restrictions of a 007 license, Rare was able to implement whatever crazy ideas they had into the shooter genre. That game was Perfect Dark, and in my opinion, it is bigger, and better, than its groundbreaking predecessor. Goldeneye is a classic, and yes without it, Perfect Dark would never exist. It set the bar, and it was hugely important for the genre, especially for console gaming, but just because it came first, doesn’t make it the better game. Goldeneye may have set a standard, but Perfect Dark improves upon it, in every which way possible.

Yes, Perfect Dark borrows many functions from GoldenEye 007, the most obvious being the control scheme and general gameplay, but Perfect Dark also has more weapons, better production value, an original story, slick graphics, a killer soundtrack, tons of cheats, a trove of hidden secrets, a co-op mode, and even a counter-op mode, where two players can work against each other in the main missions. In fact, some would argue that Perfect Dark’s counter-Operative mode is more fun than Goldeneye’s multiplayer mode. In it, the player who chooses to play as the villains are able to respawn as another enemy until the mission is over. GoldenEye will always be fondly remembered for its exciting multiplayer modes, but Rare packed Perfect Dark with so many features, it had to be released with an expansion pack that added RAM to the N64.

The single-player campaign is divided into nine missions comprised of one to three levels each. In every level, the player must complete certain objectives and then exit the stage with the use of numerous high-tech gadgets. If Joanna is killed or fails an objective, the player must start the level again. There are also four bonus missions known as Special Assignments that are unlocked once the player has completed the respective difficulties of the campaign. Each level can be played in three degrees of difficulty, which changes the number of objectives that must be completed. The higher the difficulty setting, the better aim your enemies have, and the fewer chance players have of finding additional ammunition and protective gear. If all the levels are completed on the highest difficulty, an additional setting becomes available, titled “Perfect Dark” which allows players to customize various aspects of enemies, such as their health, their aiming accuracy and the damage they inflict.

GoldenEye 007 has a great multiplayer mode but Perfect Dark features three multiplayer systems. In Perfect Dark, you can customize your weapon sets, customize your character appearance, save and load player profiles and even customize the soundtrack. And let’s not forget, Perfect Dark allows players to add up to eight computer-controlled players, or simulants, each with its own personality and difficulty level. Having all of these additional characters running around at the same time only increases the levels of fun. Perfect Dark even has variations of all the best Goldeneye multiplayer stages, including Facility, Complex, and Temple. There are more settings you can apply to the multiplayer modes in Perfect Dark including the standard deathmatch, a capture the briefcase challenge, and a king of the hill contest. And that’s not all; in Perfect Dark you can run holographic training tests, practice your aim at a firing range, and unlock several cheats by completing the target practice stages and the numerous levels in the challenge mode. The number of things that you can unlock in the game is simply amazing given the limitations of the console.

Both Goldeneye and Perfect Dark feature an arsenal with a selection of pistols, rifles, and explosive projectiles. Goldeneye has classic weapons from the Bond movies such as the RCP-90, the golden PP7s, and the Moonraker laser, but Perfect Dark features its own set of unique items such as the fly-by-wire rockets, a laptop that doubles as an automatic machine gun, a curvy white pistol that shoots exploding rounds and my personal favourite, the FarSight XR-20, a one-hit-kill sniper rifle that could track through walls. Along with a cloaking device, shields, and slow-motion-inducing power boosts, Perfect Dark gives players more creative ways to maneuver around in a first-person shooter. Perfect Dark simply eclipses Goldeneye’s multiplayer department and that’s not all…

Beyond the bigger levels, the varied arsenal of inventive weapons, the simulants, the frenetic multiplayer modes, and the bonus material, Perfect Dark has a far more interesting premise. GoldenEye, by contrast, is an adaptation of one of the five best James Bond films but Perfect Dark eschewed its spiritual predecessor’s 007 license in favor of a wholly original story. Without having to stick to the rules of the Bond universe, the possibilities were endless and Rare drew inspiration from various sources (Blade Runner, Ghost in the Shell, Electra, The X-Files, to name a few) to create a FPS that was unlike any game released at the time. The tale of Joanna Dark and her alien friend Elvis is one of the coolest storylines of any video game released on any Nintendo platform. Set in 2023 against the backdrop of an interstellar war between two races, the game follows Joanna Dark, a special agent working for The Carrington Institute, a research and development center that has made friendly contact with a group of aliens known as the Maians (who resemble the archetypal grey alien); meanwhile, the evil dataDyne Corporation, a defence contractor corporation headed by Cassandra De Vries, has allied itself with the equally sinister Skedar, reptile-like extraterrestrials who use a holographic disguise to appear as Scandinavian humans. During the course of the game, Joanna not only rescues her boss, but she must survive a plane crash, infiltrates an alien submarine and breaks into an alien spacecraft, in hopes of saving the human race. There’s enough action in Perfect Dark to make both Nathan Drake and James Bond drivel.

Obviously, James Bond is an iconic figure. The James Bond franchise is one of the longest-running and most profitable in history and the character of 007 has become a household name. Replacing him was no easy feat but Rare made the wise decision to make the central character of Perfect Dark a woman. Since there were few female leads in video games at the time, the choice was more than welcomed by gamers worldwide. But Joanna is no ordinary lady – she’s a highly skilled marksman, a lethal hand-to-hand combat fighter, an expert pilot and an eager bounty hunter with a wicked sense of humor. According to Martin Hollis, Joanna’s design was “influenced by a number of fictional heroines, including the seductive spy Agent X-27 in the 1930s film Dishonored, FBI agent Dana Scully from television series The X-Files, and the eponymous femme fatale of the film Nikita, whom Hollis describes as “iconic, heroic, independent, vulnerable and very damaged.” And of course, her name was taken from the French pronunciation of Joan of Arc as “Jeanne d’Arc”. Although other famous heroines such as Samus Aran and Lara Croft came first, Joanna Dark was well ahead of the curve when it came to women warriors as modern shoot-’em-up stars. Before Perfect Dark spawned a cornucopia of video game knock-offs, Rare’s stylized 2000 sci-fi thriller set a new standard for the girl-with-a-gun video game trope. Perfect Dark isn’t just stylish, sexy and wicked, it’s taut and terrific, turning the tables on stereotypes.

Perfect Dark is no slouch for soundtracks either. Many elements of the composition resemble Norgate’s previous work on GoldenEye, but the deep electro-acoustic soundscapes in Perfect Dark fits better for the futuristic landscape. Composed by veteran Rare musicians Grant Kirkhope, Graeme Norgate and David Clynick, the music in Perfect Dark fills up a whopping two-disk soundtrack. After all these years, the soundtrack is still effective and arguably the best score heard on the Nintendo 64 outside of Legend of Zelda: The Ocarina of Time.

There’s no doubt that Perfect Dark and GoldenEye 007 represent two of the best first-person shooters of their generation. Both have a great solo campaign, both helped revitalize the genre and both are praised for their multiplayer mechanics and an unprecedented amount of replay value.

More often than not, when you ask a group of gamers to choose between Goldeneye 007 and Perfect Dark, chances are 9 out of 10 will say the former is the better game. This could be attributed to the fact that Goldeneye came first, but it could also be because many people just haven’t revisited both games since the N64 days. When playing both games again, it became clear which stands the test of time.