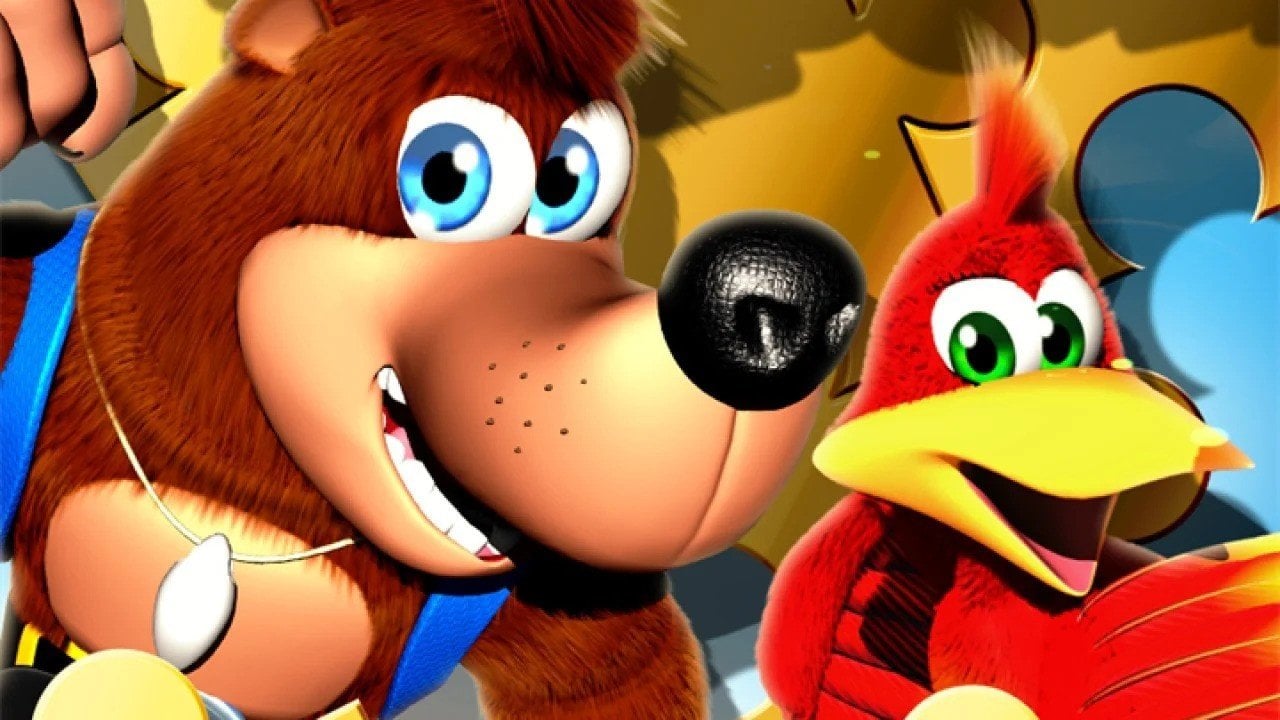 The Best Way to Play Banjo-Kazooie

This week, Rare’s animal duo adventure is returning to Nintendo hardware for the first time since its launch in 1998. Between retro and modern platforms, there are currently four ways to play Banjo-Kazooie: the original Nintendo 64 release, the Xbox Live Arcade version, Rare Replay, and finally, the Nintendo Switch Online Expansion Pack. While each of the rereleases do have their benefits, the Xbox Live Arcade version of Banjo-Kazooie is arguably the definitive way to play through the bear and bird’s first adventure–although you really cannot go wrong with any of them. Between difficulty and technicality, deciding which version of Banjo-Kazooie you should play depends on player preference (and of course availability).

Banjo-Kazooie’s 2008 Xbox Live Arcade rerelease is not entirely perfect, but in terms of gameplay, it is likely the best way to experience the first title in the series. With reworked high-definition graphics, widescreen, a buttery smooth framerate, full-motion camera, and the removal of the Note Score feature, Banjo-Kazooie has never looked and played as good as the Xbox version. For those who have the option to play any version of Banjo-Kazooie and its sequels, there is no reason not to choose the Xbox iteration.

The port’s one flaw appears in the game’s cutscene presentation. Due to the Nintendo 64 release having some technical issues, Banjo-Kazooie’s 1998 cutscenes were designed around its abrupt periods of slowdown. For this reason, the Xbox Live Arcade release of the game does not actually have visuals and audio that are synced during cinematics. Considering the bear and bird do not speak complete sentences out loud, the issues do not affect the player’s core experience but are definitely noticeable during transitions and specific musical moments–the opening kidnapping of Tooty, in particular, looks the most fumbled.

For those looking for the best way to play the entire series, though, any Xbox console capable of playing Banjo-Kazooie and its two main followups will be the definitive way to complete Rare’s three collectathons–and that is not just because they are conveniently available on every modern Xbox platform. The Xbox Live Arcade releases of the first two games and Banjo Kazooie: Nuts & Bolts actually contain exclusive content for players with an Xbox Live Account who keep their save data on one system.

When developing the original Nintendo 64 games, Rareware wanted to use a feature called “Stop ‘N’ Swop” to connect Banjo-Kazooie and its sequel, Banjo-Tooie. If it were not for hardware limitations Rareware was unaware of, this gameplay mechanic would have had players swapping game cartridges during select dialogues to unlock features in each game. For the Xbox Live Arcade releases of Banjo-Kazooie and Banjo-Tooie, the feature was reimplemented into the games thanks to the Xbox 360’s saving capabilities. There are a handful of novelties such as Xbox Live player avatars and Dragon-Kazooie that users can obtain by completing all of the games in order on Xbox.

It should also be noted that Banjo-Kazooie has a few benefits for players using Microsoft’s cloud services and the newest Xbox Series consoles. The Xbox Live Arcade title can be played on the go through Xbox Cloud Gaming and console streaming. Additionally, the game has a 4K resolution update exclusive to the Xbox Series X– the resolution bump is obviously not game-changing, but it definitely adds more crispiness for players on a high-quality television.

The Bang for Your Buck

So what about Rare Replay then? If you are planning on playing Banjo-Kazooie on the Xbox One or Xbox Series X/S, you have no reason not to grab yourself a month of Game Pass or a copy of Rare Replay–especially when considering the digital and retail prices of the game. Rare Replay contains a separate download for the Xbox Live Arcade version of Banjo-Kazooie. Rare Replay utilizes an in-game menu that directs you to the digital release because the games have separate achievement lists. By purchasing Rare Replay, not only will you get Banjo-Kazooie, but you will also have access to 29 other Rare games including Banjo-Tooie and Banjo Kazooie: Nuts & Bolts.

With this week’s Nintendo Switch Online Expansion Pack release of Banjo-Kazooie, the original Nintendo and Rareware logos that were replaced in the Xbox Live Arcade rerelease are back along with a perfectly synced up opening music number. Graphically, the Xbox version will obviously steal the show because Nintendo’s servers are using a ROM file of the 64 release. The Switch Online Expansion Pack release of Banjo-Kazooie is back to being in the game’s original 4:3 aspect ratio and only uses emulation upscaling techniques to clean up textures. The game still looks great–but again, is undoubtedly far from having the best graphics. In terms of controller layout, the Switch and Xbox versions of Banjo-Kazooie thankfully share the same control scheme–they are literally identical.

The one major benefit of the Nintendo Switch version of the game is the ability to use multiple save states. Thanks to Switch Online, players now have the option to take advantage of four separate save state slots that can be loaded at any given moment. If players choose to use the feature, they will definitely have an easier version of Banjo-Kazooie on their hands–which is incredibly ironic, considering that Switch players will have to live with a challenge not present in the Xbox versions: the infamous “Note Score” feature.

In the original Nintendo 64 release of Banjo-Kazooie, a technical limitation forced the developers to introduce an accidental difficulty curve. If you die during a level without collecting every note, Banjo-Kazooie forces the player to pick up every music item once again to finish rounding out their score. This technical limitation was “fixed” when the game was ported to Xbox Live Arcade–meaning the player never has to worry about losing lives and having to waste another half hour collecting the same notes they already picked up just to grab a few more.

That being said, players looking for an easier or tougher version of Banjo-Kazooie cannot go wrong with choosing the Nintendo Switch release–it is by far the most malleable in terms of creating an artificial difficulty. The only actual downside to playing the Nintendo Switch version is that the Expansion Pack requires an internet connection to boot up and the camera functionality is not perfect. As to be expected with a direct port of an N64 game, Banjo-Kazooie’s 1998 camera does not have complete 360-degree movement. The player is stuck to the artificial camera system that other platformers like Super Mario 64 pioneered.

Additionally (and from my personal experience), the Nintendo Switch release still suffers from lag that was present in the original Nintendo 64 version. During some of the game’s more demanding sections–especially Gobi’s Valley and its hub world location–players can be hit with quite a bit of framerate drops and constant slowdown. The lag issues are nothing that will destroy the experience, but they are awfully noticeable in select areas of the game.

As stated before though, the save states are the best addition to this release. Rusty Bucket Bay’s engine room can finally go kick the bucket!

Again, You Really Can’t Go Wrong With Any of Them

At the end of the day, every version of Banjo-Kazooie runs and plays great. Whether you are playing the original pixilated and technically limited Nintendo 64 release or the 4K Xbox Series X upgraded visual extravaganza, the collectathon is still the same masterpiece. If you already have the Nintendo Switch Online Expansion Pack, there is no reason not to download the latest update and start playing Banjo-Kazooie today. For those really keen on having the best visual experience, play it on Xbox. If you want to play through the entire mainline series, Rare Replay has you covered.