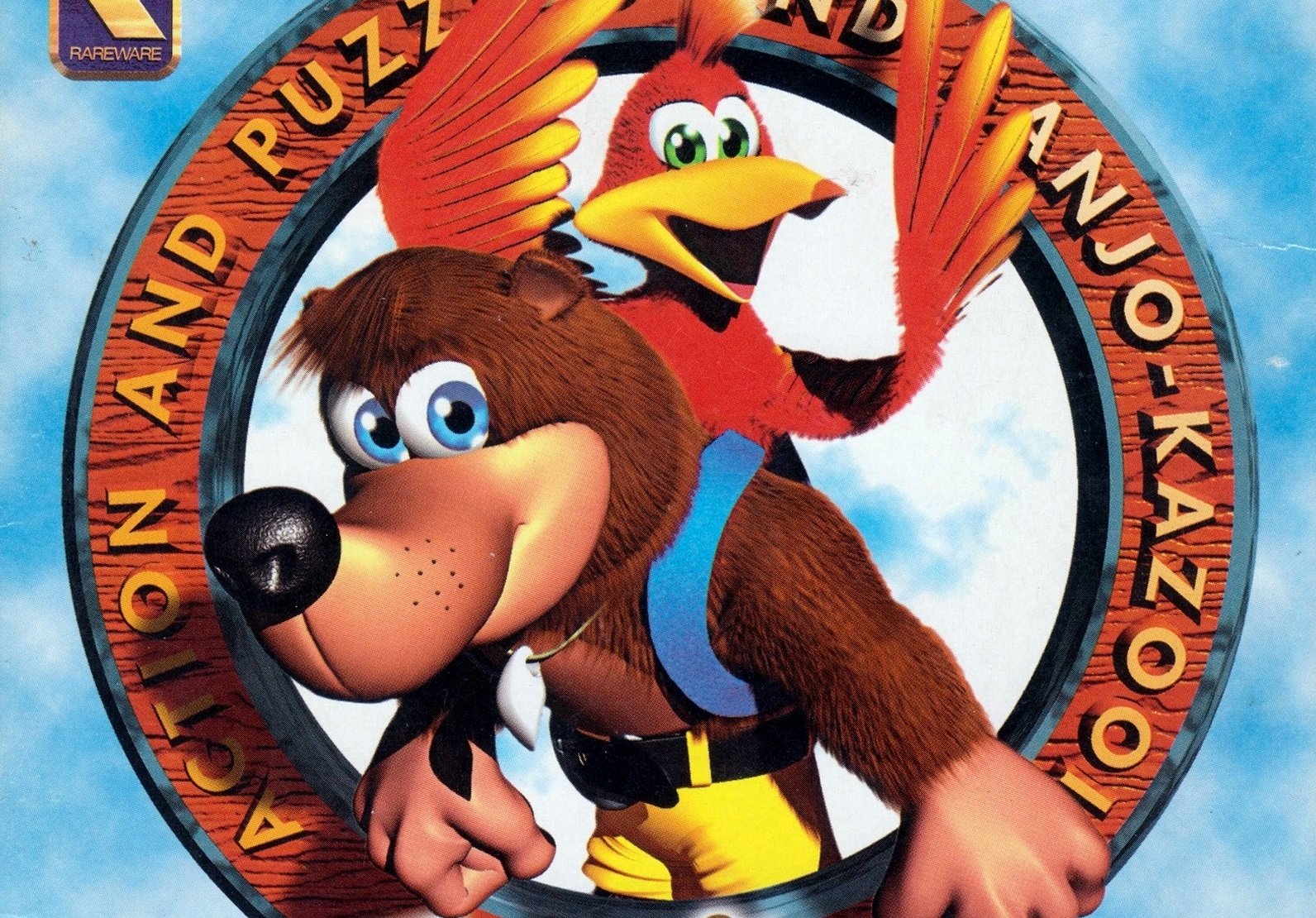 Banjo-Kazooie is arguably not only one of Rare’s greatest titles to date but one of the Nintendo 64’s many golden age timeless classics. Years prior to the company’s Kinect and 360 days, members behind the original entries in the series had attempted to revive the bear and bird’s adventures in all sorts of forms but nothing had ever come to fruition for the public to feast upon besides multiple teases and concept art. With Rare now busy working on more Sea of Thieves content and a new original open-world adventure called Everwild, the odds of the company creating a new Banjo-Kazooie outing are slim. However, that does not mean other publishers could still be working on one. After Dlala Studios Battletoads collaboration with Rare was announced and the animal duo’s latest appearance in Super Smash Bros. Ultimate, Spiral Mountain’s future may have hope of seeing new light yet again.

Before the series went dark, by far one of the most promising attempts at a new Banjo game was 2005’s canceled Banjo-X for the first Xbox. This title was intended to be a remake of the original game with a new string of extra content that was planned to throw curveballs at returning players. It was eventually redeveloped as Banjo-Kazooie: Nuts & Bolts for the Xbox 360, the third console entry in the series that has certainly garnered quite a lot of controversy since its release. While there is no new Banjo-Kazooie game in development- or at least as far as we are aware- these are seven improvements that the original could thrive from if it were to ever receive a faithful remake in the vein of the Crash Bandicoot N. Sane Trilogy or even the planned Banjo-X.

In Super Mario Odyssey Nintendo added a simple addition that not only helps those being introduced to three-dimensional Mario games but players returning after not engaging with the title for a long period of time. On the game’s core menu lies a simplistic interactive action guide. As the name implies, the guide is a one-screen showcase of all the player’s different moves that Mario has access to throughout the entirety of the game. In Banjo-Kazooie, the only way to rediscover everything you were once taught by Bottles the Mole in Spiral Mountain is to either pull up a guide online or start messing around with nearly every button combination possible. Sure this complaint might come off as a bit nitpicky, but being able to view the full extent of your move-set at any time can come in handy for every player.

Brentilda Winkybunion is Gruntilda’s kind-hearted sister who reveals all her secrets to Banjo and Kazooie. These necessary information dumps were used to help make your way through the infamous pre-final boss quiz game called Grunty’s Furnace Fun. The Grunty spaces in the quiz game are randomized each time a player begins a new file and the only way to find the answers was to seek out Brentilda throughout the hub world. There are only two ways to keep track of the answers you find over the course of the adventure: either keep them deep in your head or write them down. Having some sort of digital notebook- or rather a study guide for that matter- to keep track of all of Brentilda’s information would be a welcomed feature to help players tackle what is arguably one of the most infuriating areas of the game- and I say one of because fans of Banjo-Kazooie already know what is showing up on the list.

The collectible menu is by far one of the most unappreciated features in Banjo-Kazooie. Having a catalog of all your missing and collected items at any time was not only innovative but immensely helpful for a collectathon game. The way it is structured, however, could really be more organized and player-friendly. Rather than mashing the analog stick-through menus searching for Gobi’s Valley, the game should utilize a menu listing all the game’s locations and specific items that can then be searched by a basic filter. Having to check one page per world containing the list of items you may have missed prevents the game from using a dreadful microscopic font, yet it can still come off as cumbersome and unnecessary.

Banjo-Kazooie has an extremely compact yet large hub world. It is difficult to really get lost in Gruntilda’s Lair, but that certainly does not mean it is all that easy to traverse either. In the N64 and Xbox Live Arcade versions of the game, both redundantly spawn you at the entrance of Gruntilda’s lair every time you open up the game. While fixing the spawn points is a no-brainer idea for a remake, having an easier way to transport yourself from Mumbo’s Mountain to Mad Monster Mansion would certainly be helpful. Scattered around the wicked witch’s home is one way Warp Cauldrons. Each pot pair was initially colored differently to signify where they exactly travel to. While for the N64 this system might have been innovative, it comes off as rather clunky and an overall hassle to use due to how much more time-consuming the feature is than it truly should be. Being able to teleport to any Warp Cauldron in the game would make this fast travel system far more efficient than what is available.

Movement Above and Below

Let’s face it, in a lot of the fifth-generation console titles swimming and flying can be an absolute mess for most control schemes. Banjo-Kazooie and Banjo-Tooie may not be as bad as the majority of titles that were released during this generation, but that certainly does not mean the duo could benefit from an overhaul for these specific sections. While less slow down when turning in any direction would be greatly appreciated, replacing the locked camera with one that is completely adjustable via the second analog stick would benefit from being both above and below ground level.

If there is one simple tweak that Banjo-Tooie benefits from over its predecessor it is definitely the fact at how much faster some of its basic animations and “cutscenes” play out- and I say some with known reasoning, I’m looking at you Mumbo Jumbo. Smaller reoccurring animations that can become tedious here play out far more efficiently in Tooie from a time perspective. Banjo’s Jiggy-get dance is iconic but seeing it play out 100 times can become tedious for those die-hard fans who are playing the game for their third or fourth time. Having the option to move around when various characters are talking or skipping some of the constant repeating animations through a menu option would benefit the gameplay flow tremendously for veteran players.

Is there really anything else that needs to be said? Every Banjo-Kazooie fan has nightmares at the thought of the engine room located in the direct center of Rusty Bucket Bay’s ship known as the H.M.S. Gruntilda. It is one of the very few parts of the game that every veteran dreads replaying. This room not only contains tons of rapidly rotating platforms and a time limit for a Jiggy but a bottomless pit beneath you that results in instant death if you fall in. If it were not for the terrifying darkness that shadows below you, this single room would be alright. As interviews over time have proved, the devs clearly did not intend for this room to be as difficult as it is based on its esthetics and depth. A remake would be the best time to fix this error and save Rusty Bucket Bay from being most players’ bottom-of-the-barrel map.