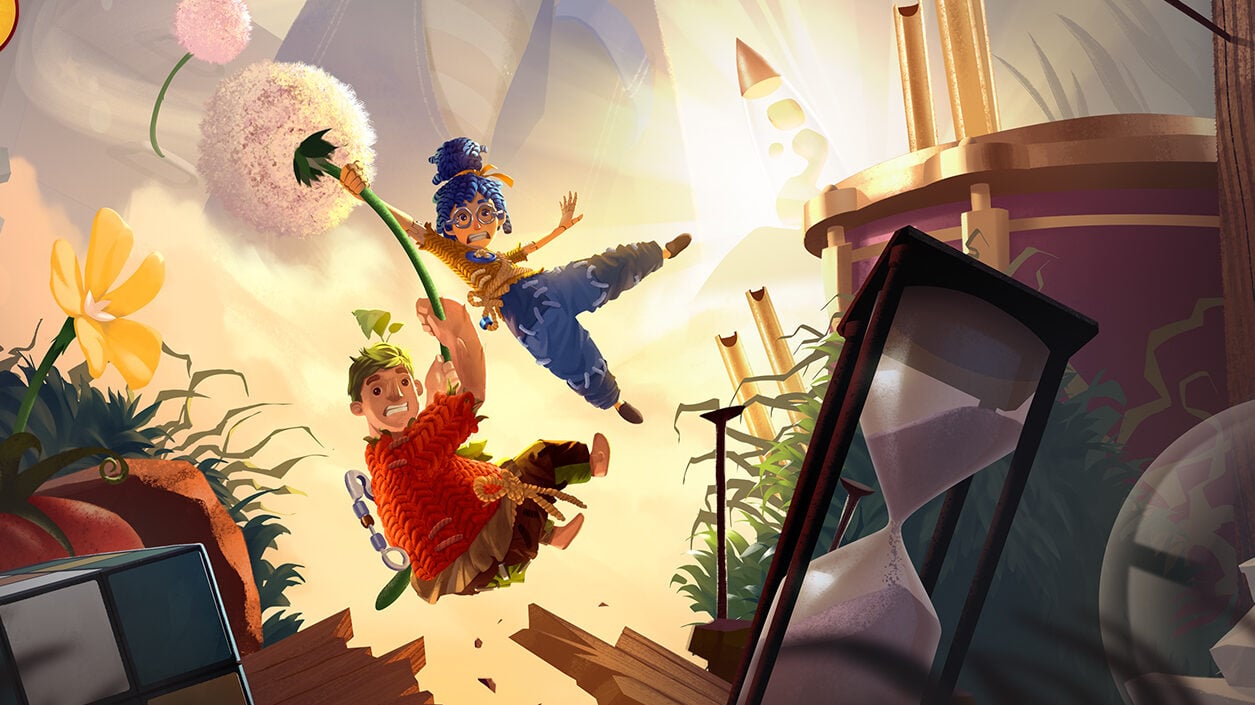 Some games simply feel like they’re meant for the Nintendo Switch—even if they’re not actually on Switch. It Takes Two has long been one of those games. Between titles like Super Smash Bros. Ultimate, Mario Kart 8 Deluxe, and even early releases like Snipperclips, the Switch has been this generation’s de-facto king of local co-op—and all it’s been missing was Hazelight Studio’s 2021 Game of the Year winner. With It Takes Two’s Switch port, that issue has finally been remedied–and the results are just as delightful as could have been hoped.

It Takes Two is a modern multiplayer classic, and thanks to the efforts of port studio Turn Me Up Games, it has made a remarkably successful jump to Nintendo’s hybrid wonder. It may not take full advantage of the console’s unique features, and its visuals are a definite step down from other platforms, but It Takes Two on Switch leaves the core gameplay intact and makes for an excellent addition to the system’s already expansive library of co-op titles.

Released last year for PlayStation, Xbox, and PC, It Takes Two is a multiplayer-only adventure that stunned players with its seemingly endless creativity, inventive mechanics, and genuine storytelling. Immediately, the game was a far cry from most other multiplayer experiences on the market: instead of the typical online co-op games focused on high scores, rapid-fire minigames, or squad-based teamwork, It Takes Two is a 3D puzzle platformer with an in-depth narrative that requires constant and consistent cooperation between two players.

It Takes Two focuses on a husband and wife breaking the difficult news to their daughter that they plan to get a divorce—just before they find themselves transformed into tiny wooden dolls and have to journey through their house and surrounding environment to try and regain their human form. The ensuing adventure brings the couple through a series of fantastical set pieces, tasking them with setting their differences aside and working together to regain their human forms and, possibly, address their relationship along the way.

Both in its story and its gameplay, It Takes Two lives up to its name. Both players will need to coordinate closely to get through the many challenges in each of the game’s nine chapters. And there is never a dull moment, either: variety is the name of the game, as each level introduces a completely unique mechanic of its own. For example, one early level will give one player a hammer and the other a nail that can be used in tandem to shatter obstacles or traverse gaping pits. Yet just when you’ve gotten used to those tools, they’re taken away in the next level and replaced with guns to use to fight off an infestation of bees—rinse and repeat throughout the campaign.

The real magic, though, is not just in the game mechanics themselves but in how they force you and your co-op partner to work together. It Takes Two proves that two heads truly are better than one. Its 3D puzzle platforming is inventive in itself, but each gameplay challenge is specifically designed to force both players to coordinate their actions in tandem with each other: one player might need to hang out on one side of the level to open a way for the other player all the way on the other side of the screen, for example. These puzzles would be satisfying to solve alone, but when you throw another player into the equation, each level feels like that much more of a triumph. Pair this with the game’s genuine story and imaginative settings, and it’s not hard to see what made this such a hit with players last year.

It Takes Two Joy-Con to Tango

This gameplay experience is just as solid on Switch as it already is on other platforms—and perhaps most importantly, it holds up from a technical perspective as well. Turn Me Up Games has done an exemplary job with It Takes Two on Switch—this may have been a demanding game thanks to its detailed graphics and splitscreen gameplay, but it has made the jump to Nintendo’s console with aplomb. Its performance is rock-solid, with only a small handful of framerate drops during hectic cinematic moments—outside of which, it maintains a consistently smooth frame rate.

Visually, the game looks remarkable, considering the hardware limitations. Granted, textures can look quite muddy when viewed up close, and its resolution leans towards the low end–a drawback that’s especially noticeable in portable mode, as the smaller screen can make it difficult to parse out some character details. Yet these issues are hard to notice unless you’re actively looking for problems: in moment-to-moment gameplay, the visuals still capture the whimsy and creativity of the game’s remarkable art direction. The game’s many colorful locations and set pieces still point in vivid detail on Switch–just don’t expect them to look as good as they do on other platforms.

The biggest drawback to the Switch version, though, is hardly even a technical limitation. One of the main factors that made the Switch the king of local co-op was its support for single Joy-Con controls in many games, where a local multiplayer match of Super Smash Bros. Ultimate or Mario Kart 8 Deluxe is always possible so long as you have a pair of Joy-Con controllers. It Takes Two, however, does not support single Joy-Con controls. Instead, a Pro Controller or pair of Joy-Con is required for both players. While this limitation was likely unavoidable due to the depth of the game’s control scheme, it is nonetheless a shame that It Takes Two is unable to take advantage of one of the Switch’s defining multiplayer features.

This omission might be a shame, but It Takes Two’s Switch port still delivers an incredibly solid experience. No matter whether you choose to play in docked mode or handheld, with local couch co-op or via online multiplayer, the game runs smoothly and looks great in action. In the end, that’s what matters most: It Takes Two is an excellent game, and this port is another brilliant way to play it.

The Switch has already amassed the market’s best library of multiplayer party games, but with this port, that co-op catalog now includes an exemplary narrative adventure too. It Takes Two is a different kind of multiplayer game, but that’s exactly what has made it so special. For a deeper, more narrative-driven and platforming-focused companion to your Mario Karts and Smash Bros., It Takes Two forms an excellent addition to the Switch’s co-op lineup.

A Little to the Left is Perfectly Puzzling

With a Focus on Scale, Bayonetta 3 is an Absolute Mess