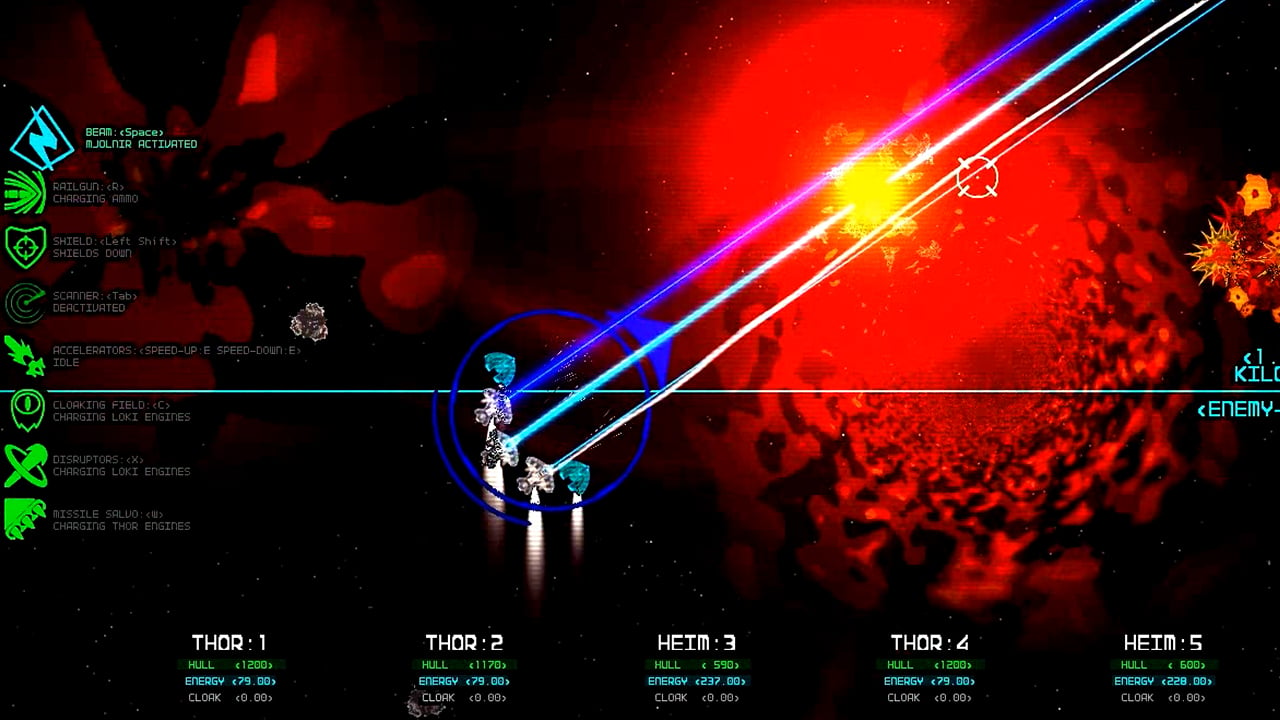 Calling the development of FleetCOMM troubled is like saying Trump’s political platform has a few holes in it. Starting life as a Kickstarter campaign back in 2012, the sci-fi title was able to exceed its modest goal of $12,000 for a total of over $17,000; not bad for a small indie team. The premise was a combination of top-down shoot-em-up gameplay mixed with strategy elements along with co-op components. It all sounded very exciting and people were clearly on-board … for the first year. Then the delays started happening. While reports indicate that there was a playable version as early as PAX2013, the game was continuously delayed with sometimes entire months of radio silence from the developers. FleetCOMM was in development a full year longer then Mighty No. 9, but was spared the savaging that game garnered thanks to its low budget and under-the-radar development team. For perspective, this game was announced and funded before the operating system this review was played on was announced and released, as Windows 10 isn’t even mentioned on the campaign page. Finally, after a long wait and delay after delay, as well as four years of the developer creating bad blood on message boards and burning bridge after bridge, even with their own fans, FleetCOMM is out and available as a full product. Was this worth the wait?

Let’s spoil the fun here: no, this game is atrocious. In fact the term “game” is a bit loose, since despite being the full 1.0 release of FleetCOMM, the only section playable as of this review was the tutorial levels. This needs to be stated again: this is NOT an early access game. This is the 1.0 release and will be treated as such. Attempting to launch what the game refers to as CHAPTER 1 results in a message telling the player that this feature is not available until May 30th. This game was released May 24, meaning there’s an entire week before the bulk of the title is actually ready to go. Post release content plans are fine for games like, say, Overwatch or Rainbow Six: Siege, but those games launched content complete with every part of the game functioning. Even the infamous Tony Hawk’s Pro Skater 5 technically launched content complete, the bulk of the content locked in a 7 gigabyte patch, sure, but at least you could download that on launch day. 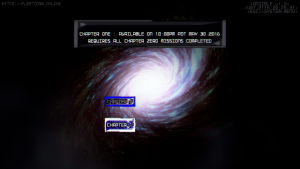 Not a good sign when 50% of the game isn’t available.

In truth though, the horrors start even before you can get to that screen, as starting the game assaults you with some of the loudest, most obnoxious menu music, along with somehow louder and more obnoxious menu noises. Even reduced to 50% these were way too loud and it hurt to hear so much, I found myself tearing my headphones off just for relief. It’s too bad really, since the music eventually became the one part of the game that approaches praise-worthy, with some decent tracks provided you reduce the volume to a safe level. As mentioned, you’ll only have access to the tutorial levels right now, and launching them just compounds the confusion further.

As in most games, the first tutorial is learning movement, although the term tutorial implies that the game teaches you something, which is blatantly false. Starting the MOVEMENT tutorial shows you a quick screen with key mappings, then nothing, and it’s up to you to figure it out. Holding TAB brings up the scanner, which kept blinking and caused eye strain, especially when there were hundreds of things blinking all at once. After completing the movement map (at least I think I completed it?) you’re then free to try the combat missions, and here the game takes a nose-dive straight to hell.

To get so much wrong in a gameplay style we’ve had since 1979’s Asteroids is nearly impressive. FleetCOMM‘s ships, or ship since I’m not sure if there are multiple, handle absolutely terribly, completely unable to move backwards and zipping left and right like a crab on meth. Aiming yourself is a joke, as is firing your weapons: none of them are mapped to the Mouse, which made for an awkward feel. There’s a laser cannon which shoots a straight line of death, a shield to absorb enemy missiles, a bomb that never worked, and a lock-on triple rocket attack that you can spam endlessly to break the game’s visuals completely, never mind overwhelm any opponents on screen. 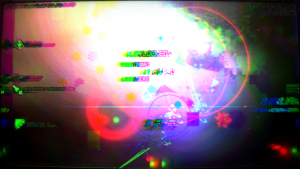 The only fun to be had is accidental, like breaking the game with the rocket attack.

All of this assumes you can actually see anything, which is impossible as the game’s visuals are a nightmare. Just the retro-neon aesthetic would work OK, especially as an homage to the aforementioned Asteroids or other sci-fi shooters of old, but someone apparently ran the game’s visuals through a VCR that was beaten mercilessly, because the chromatic aberration is insane. There’s a time and a place for it, especially when going for a retro vibe and in different ways we’ve seen this used perfectly—like Teleglitch’s CRT look, or the late-night snuff film vibe of Hotline Miami—but here it’s cranked up to a level that makes it at best uncomfortable to look at, and at worst downright painful.

Level backgrounds, or background, since again I’m not sure there are more then one, looks like someone spilled chocolate syrup all over a stock image of stars. The HUD displays several icons that made no sense, and the ones that did just seemed unhelpful, like an indicator that you’re moving forward in case you couldn’t see that for yourself. Enemies blend right into the background too, making that lock-on rocket weapon even more useful since all you need to do is mouse over something to make it die. Speaking of die, I did several times during my playtime because I couldn’t see what was attacking me due to there being a million things on the screen, not one of which looked like a recognizable object.

FleetCOMM is a horror story, one of a Kickstarter gone so, so very wrong. FleetCOMM is why people don’t trust crowdfunding, even years after it entered the mainstream. For every Kickstarter success like Pillars of Eternity or Wasteland 2, there’s always a FleetCOMM lurking in the shadows to swindle unsuspecting gamers. Will the game someday improve? The better question is will it someday be an actual product, since even the promise of a single chapter of missions makes it a smaller package then many free games. There’s no reason to buy FleetCOMM, ever, and all I can offer is my deepest apologies for anyone that backed this four years ago. Please avoid this game.