Da Vinci said that a grey day provides the best light, words the makers of GRIS may have taken to heart as they crafted their story of a broken young woman’s journey to put herself back together. The initial absence of color in their stark aesthetics soon opens up to visual splendor, with dramatic hues that wash over the stone ruins of a mysterious land as the protagonist slowly picks up the pieces and discovers her inner strength. The artistry is a sight to behold, but that vibrant transformation is never quite applied to platforming gameplay which remains strangely passive throughout, often content to step aside and merely serve as a device for image delivery, lest it steals the spotlight. Whether players find the results of that decision dazzling or dull will depend on their personal priorities, but those who value doing over seeing may find themselves wishing for a few more bright spots.

The story conveyed in GRIS is open to interpretation, but the gist is that the hero has been cast away into a world of disrepair, has lost her voice, and must somehow find a way out. Like some other recent games such as Celeste, there are allusions to depression and grief, perhaps the result of some trauma, but nothing here is overtly stated — at least in text. Developer Nomada Studio still gets the message across loud and clear, however, with crumbling statues, barren backdrops, and wonderful animation that suggests widespread fragility. There’s no getting around it; much of GRIS is pure eye candy, a mix of watercolor style and hand-drawn animation that consistently impresses with its fluidity and attention to detail. 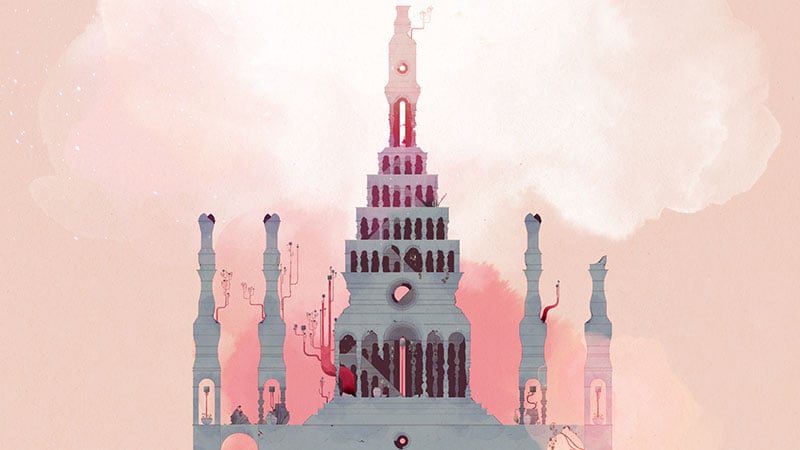 Yes, these pictures are worth a thousand words; nothing more need be said. Nevertheless, GRIS rarely fails to remind players that it has something significant to say, seeming to focus on message more than maneuvers. The intricate art direction does lend some weight to the proceedings, but the awe and wonder brought on by images can only be sustained for so long without more active engagement. Instead, emotional beats might as well come with directional arrows attached, as the camera zooms in and the score swells. Look at this! Isn’t this moment amazing? There is little subtlety to accompany the ambiguity, too little effort required of the audience in the transportation, and the mesmerizing effect eventually wears off. GRIS undermines its potency with its steady insistence on telling players that this journey is magical when it could have just let us discover that on our own.

These issues are compounded by a lack of attention given to what is actually some very enjoyable gameplay. When fully invested in its light puzzle-platforming, GRIS does offer some clever action that utilizes familiar abilities in unique ways. Turning into a heavy block is good for more than just smashing through cracked floors, taking to the water can open the path to new heights, and using butterflies as a sort of slingshot never gets old. The abilities are doled out at a good pace, and are employed well throughout successive stages. On top of that, the hero controls splendidly, feeling great to whisk around the various environments. The puzzles might be on the easy side, but the solutions are never telegraphed, letting players make the discoveries on their own. 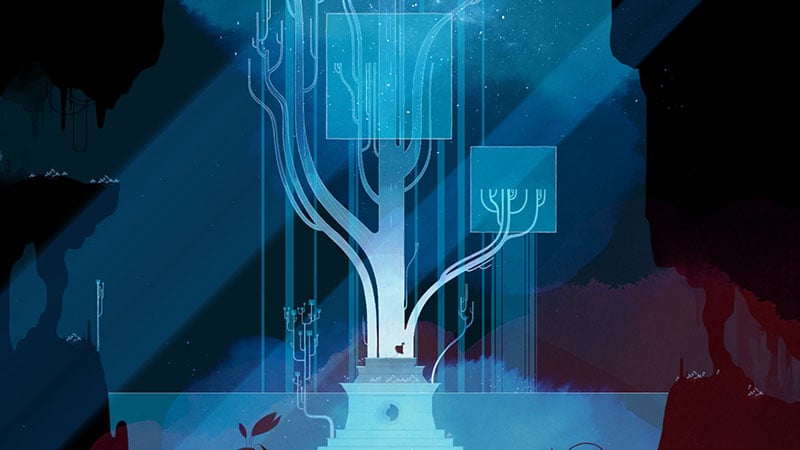 These relatively skillful portions of GRIS are easily the most satisfying, but unfortunately, too much time is spent merely travelling — not platforming, mind you, but just running or swimming from one location to another. Often in a straight line. Maybe the developers want players to contemplate the beauty they’ve invested so many hours into — stop and smell the roses, as it were — or perhaps they simply ran out of level design ideas, but a significant portion of the game feels like filler. For something that lasts roughly three hours or so, that’s not a positive.

It’s a brief experience; mildly fun while it lasts, but over just when it feels like it’s finally getting going. There are optional challenges in each stage, which can be replayed from the main menu for those looking to find the few collectibles tucked away, but there’s really little reason to revisit these areas once the main puzzles have been solved; too little else to do. There is a tendency for GRIS to set action aside; at times it seems annoyed by the button-pushing aspect of the medium, hesitant to give up control, especially in those significant story beats. It can be relaxing to play a game without deaths, without setbacks, but sliding down a towering hillside isn’t as exciting when there are no obstacles to overcome. Being chased through twisting caverns by ominous, spectacular creatures is a little less heart-pounding when one needn’t even touch the controller to still come out ahead. The hero is wonderfully responsive, feels great to play as — why not let us deal with her problems ourselves? 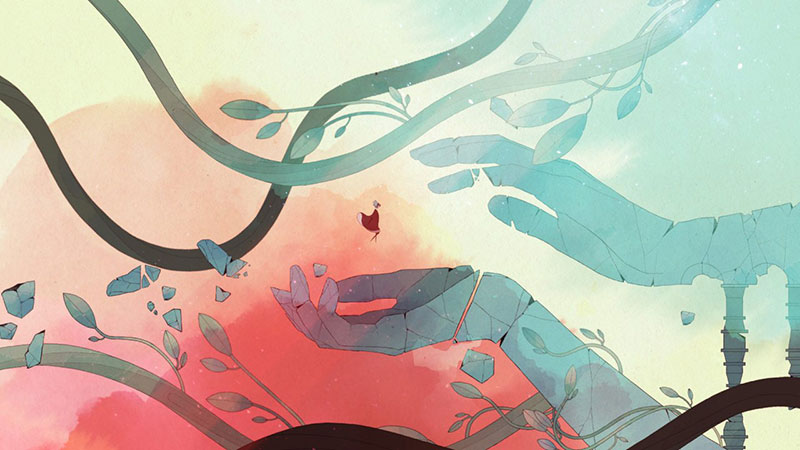 The result is a lack of connection, beauty appreciated from a distance. For those unaffected by its message, GRIS turns into a quick trip that will likely fade from memory not long after completion. The gorgeous, watercolor-like imagery presented will surely appeal to the sorts of gamers who are drawn to shiny things (as so many of us are), but the atmospheric beauty here can feel like mostly facade — a pretty overlay that wants to be so much more, but ultimately just serves as a breezy, pleasant distraction from a curious aversion to its own gameplay.