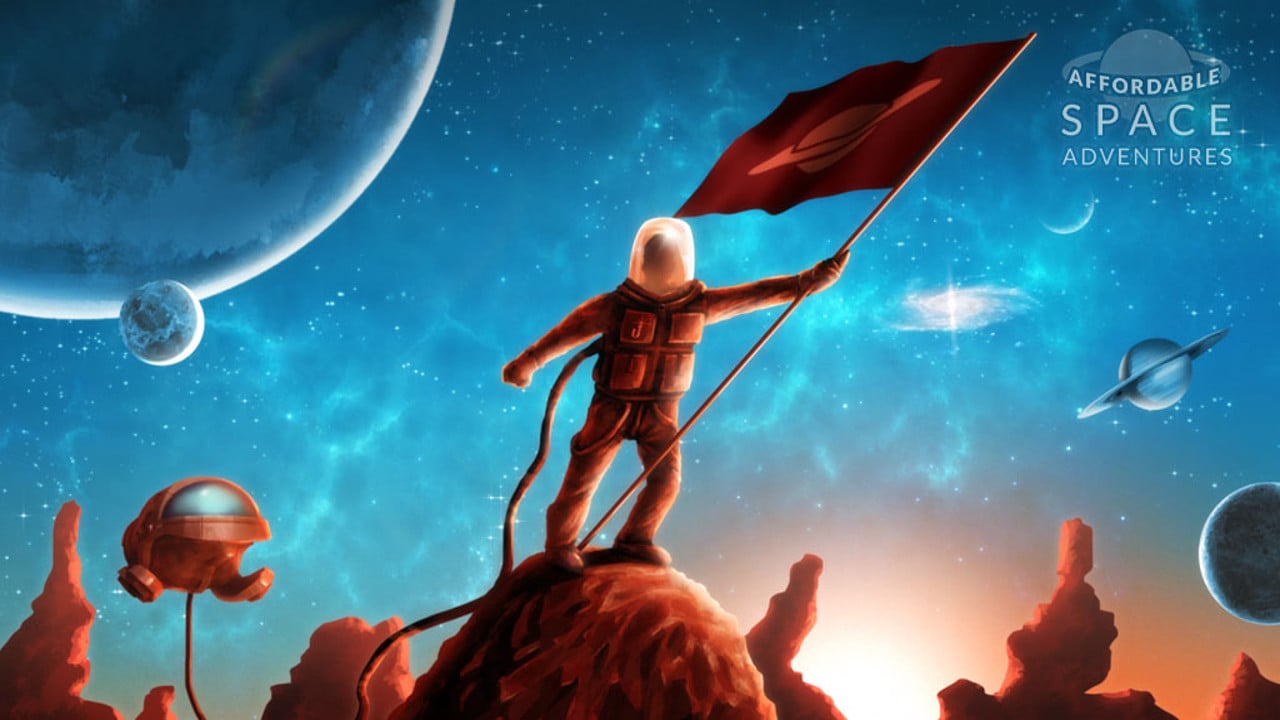 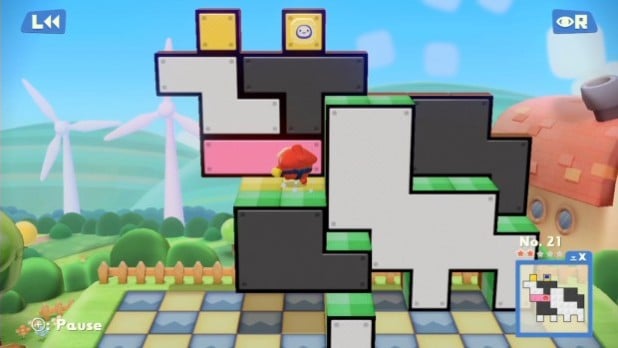 While not much changed between the Wii U version and its 3DS predecessor, that’s not a bad thing at all. Taking the basic concept of Pushmo, the game revolves around a plump little cream puff of a hero named Mallo who is tasked with rescuing more stupid children from the tops of three-dimensional structures called Pushmos. By pushing and pulling blocks in and out, Mallo creates platforms that help him jump to the summit. If it sounds simple, well, that’s because it is…at first. Elements such as manholes that warp and the ever-increasing size and complexity of the Pushmo ensure that later stages will challenge even the best. If that’s not enough, the game also comes with a level editor that allows players to create Pushmo of their own to share via the Miiverse for others to play and rate. Developed by Intelligent Systems (Fire Emblem series) and oozing that Nintendo charm, Pushmo World is a pleasant way to puzzle the time away. 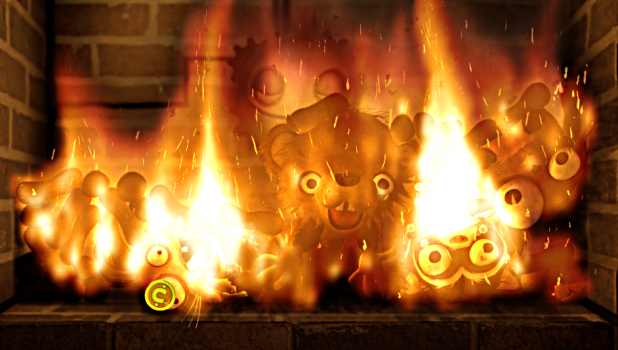 Some may debate that with pretty much just setting stuff aflame in your fireplace being the only requirement for seeing the end of the sweet, melancholy story, Little Inferno might not even qualify as a game, let alone a puzzler. While experiencing its ambiance is frankly enough for a recommendation, those who spend some time in front of their “Little Inferno” know that inside this Wii U eShop exclusive burns some clever riddles. Every item has its own reaction when lit, and by experimenting with torching two or more of these at the same time, certain “Combos” happen, acting like achievements and rewarding the player with more money and tickets that speed up the item delivery time. These combos are hinted at with pun-heavy clues, and while some are quite evident from the get-go, others are vague and involve careful inspection of the many dryly comic item descriptions located in the mail-order catalog. Solving all 99 combos in Little Inferno is no easy feat, but with the constant crackle of the warm fire as you use the stylus to drag another Suicidal Elf doll to blazing doom, it is a soothing and enjoyable one. 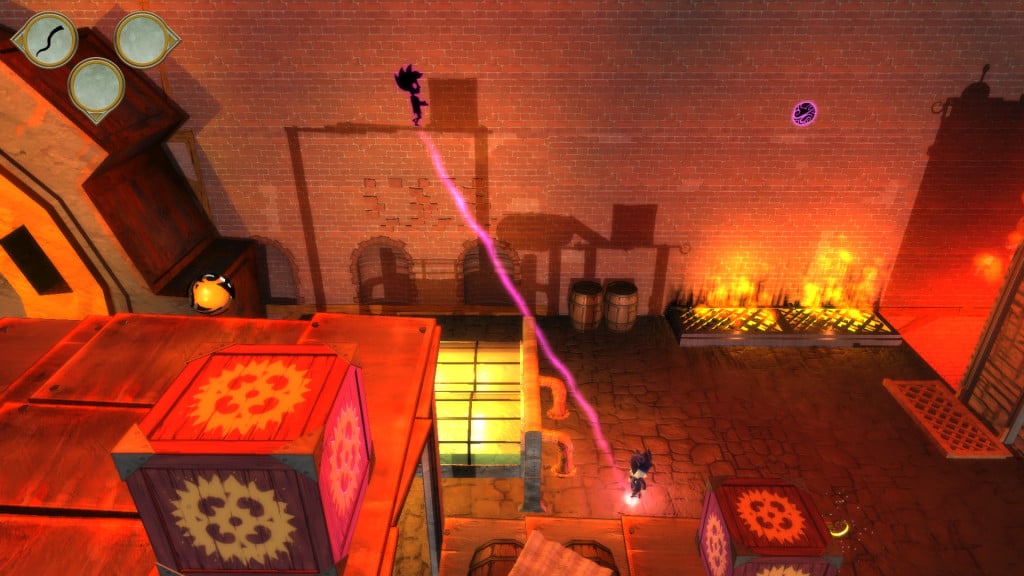 Being one of the few couch co-op puzzle games available on Wii U is almost enough to make Shadow Puppeteer stand out on its own, but the game’s clever use of light and shadow in order to create interesting and satisfying challenges earns it a spot on this list. With one player controlling a young boy in a 3D space and a friend guiding the boy’s shadow along the 2D plane of the walls, the pair must work together to progress through the game’s stages, searching for the music box-wielding weirdo who has stolen the rest of the town’s shadows. Creativity abounds, with several “aha” moments, like discovering that by pushing a box closer to a lamp, its shadow on the wall grows, thus allowing access to a high platform. The different planes of existence also come with different physics and thus make for unique experiences, encouraging a play through as each character. While Shadow Puppeteer is playable solo, controlling both at the same time is awkward and not recommended; this is a job for two. Just make sure you partner up with your smartest pal. [check out our full review for more] 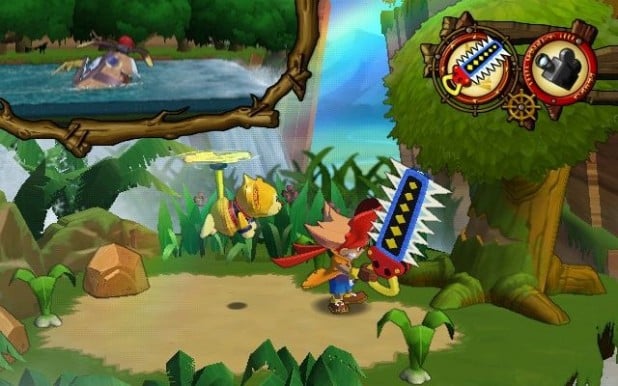 Out on the Wii U eShop, this criminally underplayed Wii gem from Capcom may have a goofy, kid-friendly title and look like a Saturday morning cartoon, but don’t that fool you into thinking this journey to collect treasure will be easy. Zak & Wiki operates like a traditional point-and-click adventure game, dropping players into a room of mysteries that can only be solved by investigation and experimentation. Finding the right sequence of actions and successfully performing them is even more of an immersive experience thanks to its home console’s uniqueness. One of the few games to effectively utilize the motion control of the wiimote in a creative way, players pull, twist, and spin the controller with a variety of motions that simulate the use tools and manipulation of objects in the environment. Cranks must be turned, saws must be pushed back and forth, and bells must be wrung with a quick shake, which naturally turns a frog into a bomb. Zak & Wiki adds a great sense of whimsical humor to accompany and temper its tough puzzles, a treasure left too long undiscovered. 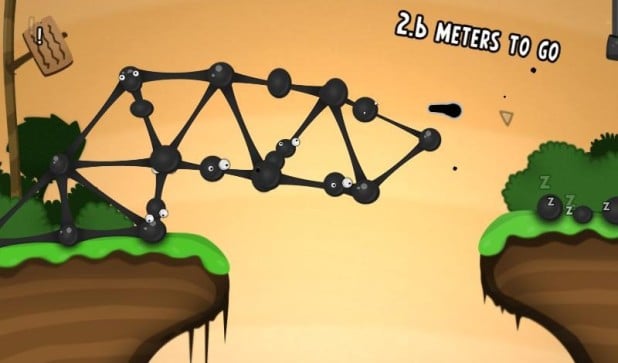 While 2D Boy’s Wiiware title isn’t available through the Wii U eShop, it can be purchased and accessed by switching to the Wii menu, so in my mind that still counts! If you haven’t played World of Goo, you’re missing out on one of the most peaceful and nerve-wracking physics-based puzzle games out there. In order to be sucked up through a pipe that serves as a level exit, little blobs of (you guessed it) goo can be formed into structures that help bridge gaps or climb chasms, all while avoiding whatever spinning blades of doom or other traps threaten to eliminate these innocent creatures with a squealing squish. Building a shape that can withstand the forces of gravity and more is where the puzzle lies, and figuring out a way to get as many of your little buddies as possible to safety feels immensely rewarding. The wiimote handles this task perfectly, allowing players to shape and fine-tune their potential solutions with ease. With a haunting fairy tale melancholy to its story and a beautifully serene score to accompany the excellent gameplay, World of Goo stands on its shaky goo bridge among the best puzzle games ever.

Are there any we missed? Wondering why Typoman wasn’t included? (click the link and listen to our podcast to find out)

Let us know your favorite Wii U puzzle games in the comments below!