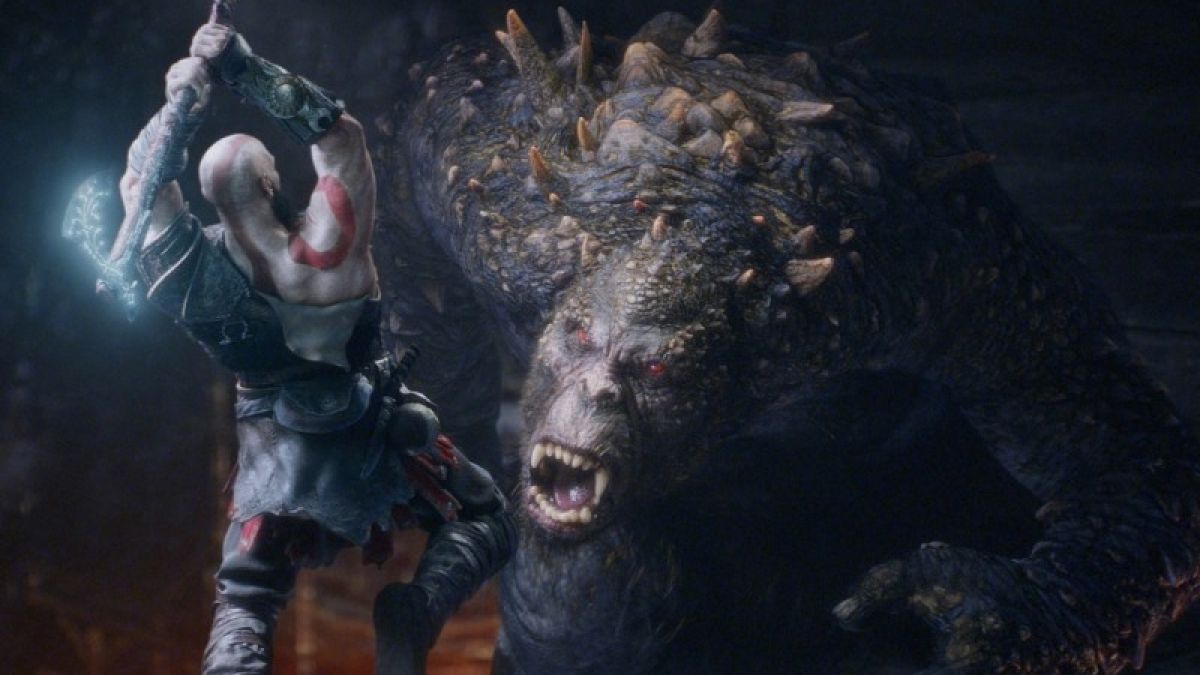 A God of War: Ragnarök WishList

The dust has barely had time to settle after our adventures with Kratos and Atreus in God of War, but we’re already champing at the bit for what God of War 2 will have in store for us. God of War is a truly special game, and so we couldn’t be more excited for the future of the franchise. What we’re not excited about, though, is ruining your day with spoilers, so be warned adventurer – beyond this point there be spoilers for much of what happens in God of War, so if you haven’t played it yet, get the hell out of here, right now. You don’t want this game spoiling for you because part of the appeal here is experiencing everything first hand. All we’ll say is, if you’ve finished the main storyline, go back to Kratos’ house… you know, just if you feel like it.

Anyway, with the ending(s) of God of War still fresh in our puny mortal minds, what better time than to speculate, prognosticate, and procrastinate with a list of things we really want to see in the next game in the deity murdering franchise? It seems fairly inevitable at this point that it’s going to involve more violence, more axe throwing, more boats, and more “BOY!” but what else should we be expecting, and what else do we want our new favourite father and son combo to get up to?

God of War is one of the rare, critically lauded video games that doesn’t have an obvious, glaring flaw that’s balanced out by something else being done exceptionally well. It’s not a game that’s a bit ropey to play but has an excellent story, or one that keeps your thumbs entertained but your mind wandering. As we said in our review, it’s the total package. It delivers on all fronts. And as such, there’s a bunch of things we don’t want tampering with at all when the inevitable God of War 2 hits in a few years time. God of War itself is, for all intents and purposes, a soft reboot for the franchise, so Santa Monica Studio probably doesn’t need to do anything too revolutionary when designing the sequel.

The spanking new combat system is one of the best we’ve seen in a game, so it would probably be best to keep that as is, garnished with some new attacks, fresh animations, and different enemies to battle. Sailing from place to place and listening to Mimir’s stories about the history of the lands we’re travelling and the characters we’ve met is a joy, so bring back the head and his stories alike. And we love the meaningful side-quests, the amusing cast of characters, and the larger than life boss battles, so bring them back – bring them all back. The dwarves, the head, everyone. If ain’t broke, don’t fix it, and God of War has so little that’s in need of fixing that it would seem prudent to not tinker with a winning formula too much for God of War 2.

One of the wonderful things about God of War is that it does so much world building, and provides a heap of background lore for characters that are barely, or never, in some cases, seen on screen. Presumably the idea was so that once these characters arrive in future games in the series it’ll mean more knowing that there’s already a history there, and that’s smart. But one of the most intriguing pieces of information revealed during God of War was not necessarily to do with a specific character, but of places, lands, other realms.

There’s a delightful, blink and you’ll miss it nod to Egypt when Kratos and Atreus are in Tyr’s Temple, and then towards the end of the game, a more explicit reference to several possible mythologies that we could visit further down the line. Kratos finds a mural depicting the god Tyr travelling between realms, and in each corner of the mural is a rune. One of these is Greek, and another Norse, depicting the two mythologies that the series has already wreaked havoc in, but the other two are Egyptian and Celtic in origin. Tyr’s story tells us that all of the different mythologies exist concurrently in the canon of God of War, and so these could very well be hints that later in the story Kratos will be eviscerating Egypt, and kicking Britain squarely in the plums. While we’re not quite finished with Norse gods yet, it would be nice to see God of War 2 build up more lore referencing other realms, giving us a glimpse at where the future of the series may lie.

One of the tantalising end game reveals that God of War handles so well is that Kratos’ beloved son, Atreus, is actually Loki, the mythical Norse trickster who most of us know as being the baddie in The Avengers movie. Having found out that information, it turns out there were actually hints as to his true identity buried earlier in the game, but we’re not going to pretend we were clever enough to have spotted them the first time around. It got us good, and we loved it.

But what do we do with that information, now? We’d like to see Atreus grow more into the role of Loki in God of War 2, perhaps exhibiting some of the trickster powers that the god is known for, which might make Kratos Jr. even more useful in battle than he already is going forward. Story-wise, who knows which way it’s going to go, but we really hope that it doesn’t involve Kratos having a dust up with his own son, because damn it, I just want to see them hanging out, doing father and son stuff. Like fishing or whatever.

Back in God of War III they tried to give Kratos a semi-redemptive arc that was about as out of place as a baseball cap would have been perched atop his perfectly hairless brow. Frankly, we didn’t think it would be possible to rehabilitate Kratos after all the awful stuff he did back in the PS2 days, but then we never expected to end up rooting for Jamie Lannister either, and here we are. The latest God of War tries to make Kratos a bit of a more sympathetic character, and it does a bloody good job of it, for the mostpart. Sure, Kratos still solves most of his problems via a well timed axe to the spine, and he’s probably not going to be winning any father of the year awards any time soon, but the game does depict the Ghost of Sparta as a man haunted by his past, trying desperately not to pass his legacy of murder and mayhem on to his son, and that’s a start.

I’m not saying that we need Kratos to stop splitting wigs. We don’t need God of War 2 to be Kratos at an anger management meeting. I don’t want to see Kratos and Atreus on an episode of Jeremy Kyle, but it would be nice for Kratos move further away from his deplorable past, and maybe want to help people without having his son twist his arm first. I like old man Kratos. I like his sad eyes and his big bushy beard and especially the way he shouts, “BOY!” all the time. I want to keep on liking him. And so I’d like to see God of War 2 make it easy for me.

We loved what Santa Monica Studio did with God of War’s lore, building up characters that would undoubtedly be used in future games, and none more so than Thor. Without ever coming face to face in the main game, Kratos unwittingly does a bunch of stuff that Thor probably won’t like, you know, like murdering his kids and that. He also does a bunch of stuff that Odin probably doesn’t like either, but let’s not over-egg the pudding: we can take Thor down first and then save Odin for the main event in God of War 3.

Of all the stuff that we want in God of War 2, nothing is getting our collective juices flowing quite as readily as the prospect of a massive rumble between the Ghost of Sparta and the God of Thunder. The secret, awesome second ending of God of War all but confirms it’s going to happen, and after Kratos and Junior offed the two sons of the man with the magic hammer, it seems inevitable there’s going to fisticuffs come the sequel. And given how out of control Kratos’ ruck with Baldur got, we can only assume that Kratos and Thor going to toe to toe is gonna get real rambunctious.

What do you want to see in God of War 2? Swing an axe into the face of the comments below.