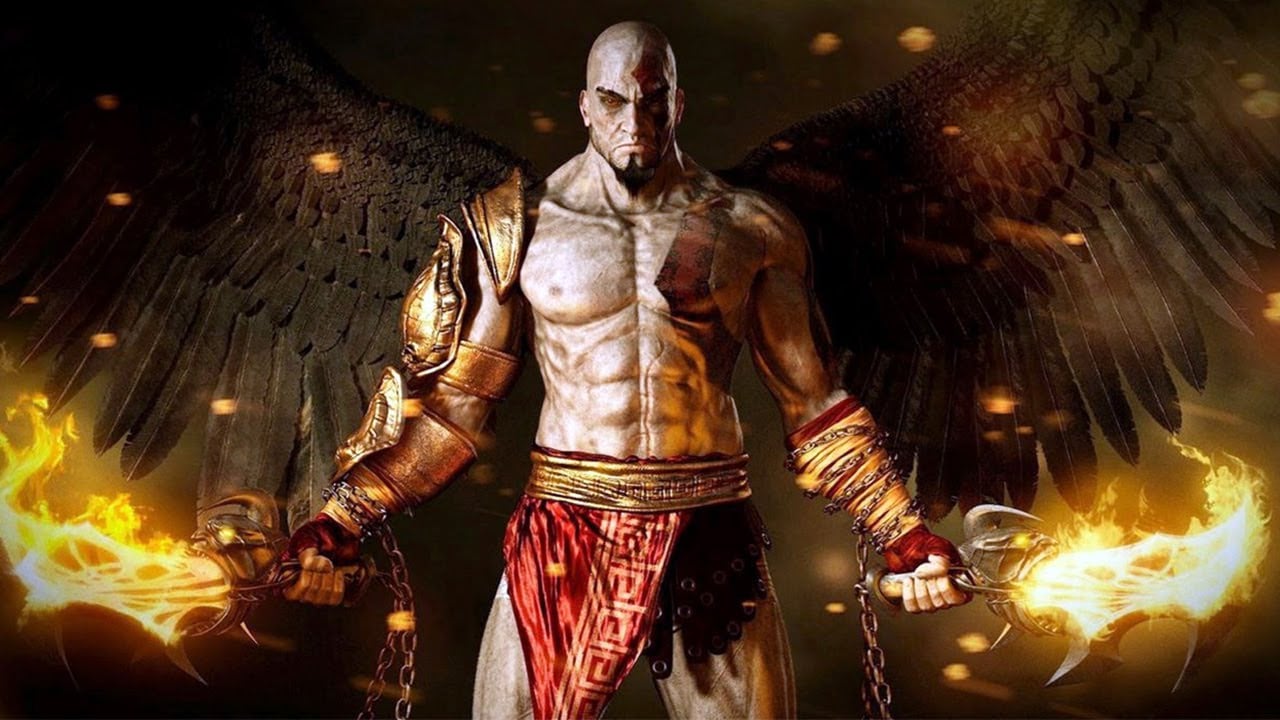 When God of War first arrived on the scene back in 2005, it did so purely as a product of its time. The late 90s and early 00s saw an increasing rise in developers testing the waters of what they could get away with in video games, and the first God of War title was the ultimate example of this trend.

The second game brought more of the same. While it refined the mechanics and added a bunch of improvements (among them: more boss battles, a few mini-games, and a lot more game variety) it kept the same basic conceit that powered the first game: Kratos is a proud fool seeking eternal vengeance on those who wrong him. Though the second game shifted the bad guy from Ares to Zeus, the themes (such as they were) remained more or less the same: someone betrays Kratos and then Kratos smashes heads open until he gets to them, one way or another.

This, of course, leads us to the third installment. God of War III is a phenomenal game. Its pulse-pounding boss battles with characters we learned about in grade school, the insane set-pieces that redefine the term itself, and the jaw-dropping graphics that still hold up today mark it as one of the best games ever released on the PlayStation 3 and undoubtedly the best game in the series. However, it does have one very big problem: its plot.

Let’s be clear: God of War never had much of a focus on the story, and that was fine. The plot would point Kratos at something and he’d inevitably rip its limbs off and pull its guts out or something. That was pretty much it. And that was fine, really. As epic as the God of War II ending was, all folks really wanted was more of the same for God of War III.

To be fair, up until a certain point, that was exactly what they got: Kratos fucking people up in increasingly brutal ways while making headway toward his goal of taking out Zeus. Sadly that all changed with the introduction of one pivotal member of the Greek mythology cast: Pandora.

Of course, we all know the tale of Pandora, and under more series-standard circumstances her inclusion would be welcome so long as she wasn’t just another notch in Kratos’ belt. However, utterly mad though it was, SCE Santa Monica had the truly silly idea of trying to redeem Kratos in his touted final outing.

Just let that sink in for a moment. This is a character who we’ve seen tear people’s heads off, put his thumbs through their eyes, tear their limbs off, and essentially rain down bloody carnage whenever it suits his selfish needs. In fact, the entire appeal of Kratos as a character was his total lack of anything resembling a moral compass. Nobody “liked” Kratos so to speak, they just wanted to see what totally horrific and the utterly uncalled-for act of violence he would carry out next. Kratos was an insanely powerful, blood-hungry lunatic out to get his no matter what the cost, and that absolutely included the countless corpses of innocent people caught in the crossfire.

If this seems somehow crazy or off-key then let me offer a comparison: think Patrick Bateman in American Psycho, or the Firefly family in The Devil’s Rejects. There was no way to really “like” a character like Kratos but, all the same, his utter depravity, and the way he thumbed his nose at what was and wasn’t okay for a gaming protagonist to do, offered the God of War series an “all bets are off” sort of vibe that made players feel like this guy could literally get up to just about anything.

And then, all of a sudden, they wanted us to empathize with him. To understand him. This guy who we had watched burn men alive to solve a puzzle, or smash their skulls in to open up a passageway, this was the guy we were suddenly supposed to pull out our tiny violins for.

Now, granted, Kratos got a raw deal when Ares tricked him into murdering his own family. Hell, you could even argue that there’s a sad element of poetic justice in the fact that he carries their deaths with him wherever he goes, physically as well as mentally. With that said, there are limits to what we can and cannot accept with a cut-throat character like Kratos, and firmly placed in the latter camp is a redemption arc that sees him putting everything on the line to help out a girl who reminds him of his daughter.

Around the time when Pandora begins delivering long-winded speeches about the value of hope, and we see Kratos consider her words introspectively rather than disembowel her and throw her off a cliff, we begin to understand how stupid this is all going to be. Instead of a puzzle where Kratos murders her, we get a puzzle where he must rush to save her. Finally, we have Kratos screaming in agony as she sacrifices herself in the finale.

Of course, the last nail in the coffin comes with a journey into Kratos’ mind, a scene which has his daughter and wife appearing before him to forgive him for his sins, and more importantly allowing him to forgive himself. Yes, that’s right, the last leg of this blood-drenched journey ends with a message about the power of forgiveness. After this heart-warming moment, we watch Kratos smash Zeus’s skull with his bare hands and… I guess he’s a changed man now or something?

It’s really too bad, as the substance of God of War III‘s gameplay marks it as undeniably the best game in the series up until that point. Sadly, by trying to make Kratos into something he’s not, the final leg of the trilogy mucks up Kratos’ character arc and leaves the audience with ashes in their mouths.

Lucky for us all, a new God of War installment has just been released to some of the highest acclaims this side of Breath of the Wild, and it looks like it’s going to be doing a much more serviceable job at redeeming this pride-entrenched monster than its predecessor. Let’s just hope Kratos’ son skips the speech about the power of hope.