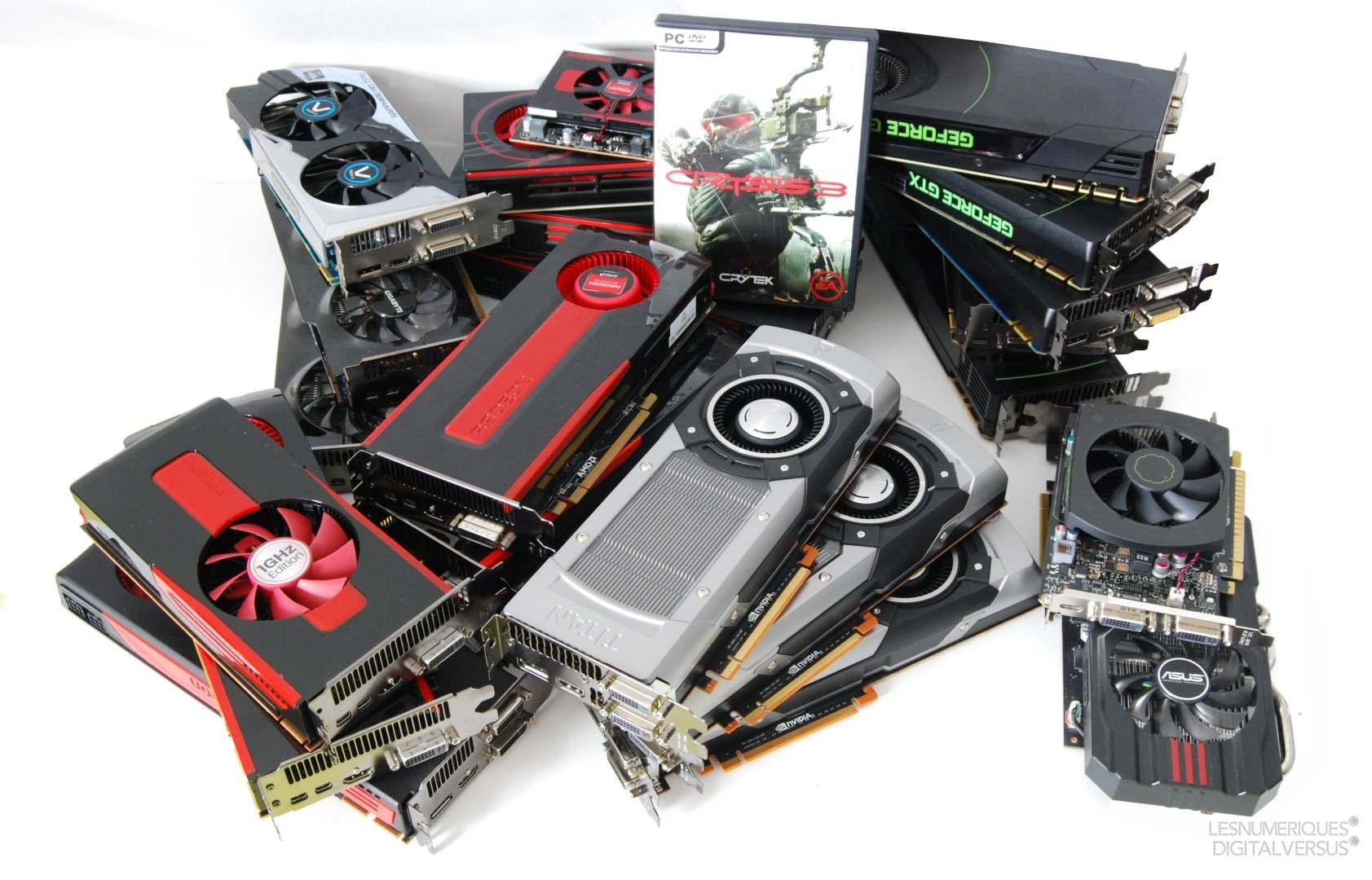 When it comes to PC gaming there are few parts more important than the Graphics card. If the CPU chip is the brain, then the graphics card is the soul, and for many it’s the defining feature of their PC. Many gamers can rattle off their graphics card down to the amount of video memory off by heart and they often refer to their entire rig just by this designation. Recently the two major GPU companies have announced their 2016 lineup, so here’s a quick primer and rundown of what’s to come.

First let’s talk about the two companies: Nvidia and AMD. Nvidia tends to be the safer bet for people looking for a quick and easy build. Their cards don’t often have the raw mechanical power of AMD cards, but they make up for that with better heat management and much better driver support. However Nvidia has lost some credibility recently between promoting their 970 card as having 4gig of video memory when it really had 3.5gig meaning its performance at 4k resolutions was bottlenecked, as well as their GameWorks program which some see as DRM made to lock games out from other cards. Still, there’s no denying they make decent cards and many still swear by them for their builds.

On the other hand, there’s AMD, whose focus also includes CPU chips as well as the hardware for all three consoles on the market. AMD’s PC cards tend to have more raw mechanical power to them at the cost of much worse heat distribution, meaning the cards tend to last longer without failure but heat up much faster too. AMD’s biggest failing is often their lack of driver support, however that’s quickly changing, especially in 2016, with more and more developers and publishers signing partnership deals. Their biggest break may come in the form of DirectX 12 which is the newest version of the DirectX graphics engine. DX12 makes much better use of the card’s mechanics rather than driver support like the older versions, with early benchmarks noting a massive performance boost on AMD cards, while Nvidia cards just couldn’t handle it as well. Nvidia’s new 1070 card. Power and performance in one package.

Nvidia was the first company to unveil their 2016 lineup, now known as the 10XX line, with the first two cards in this series known as the 1080 and 1070, while a rumored 1060 may be on the way. Both cards use 8gig of video memory with the biggest difference coming down to GPU speed. The 1080 is the higher end card with a price tag of $599, while the 1070 is the conservative version coming in at a more affordable $379, and each card has a “founders edition” with a different cooling infrastructure at $699 and $449 respectively. The most interesting thing about these cards is the power they deliver, with benchmarks on a single 1080 outperforming two of Nvidia’s previous 980 model cards put together, while the 1070 provides extremely good performance for a card of lesser value. Both cards are VR ready too, meaning anyone looking to get into the Oculus or HTC Vive could be looking at a new Nvidia card. Here are benchmarks of both cards, courtesy of VideoCardz.com: 1080, and 1070.

AMD on the other hand are looking at more wide-market appeal, and their 2016 Polaris line seeks to provide high-end performance at low end cost, specifically the sub-$300 market, placing them in the perfect position as console-killers for anyone looking to ditch their X1/PS4. For the longest time a decent graphics card like the Nvidia 980 or AMD’s R9 390 meant breaking the bank, often in the neighborhood of $350-$600 depending on what configuration you’re looking at. AMD is hoping to buck this trend with their new line of near $200 4gig and 8gig VR ready cards. AMD is also looking to break their stigma of power hungry cards with power consumption equal to most of Nvidia’s cards. This flips the script in the GPU world, making AMD the more attractive option for newcomers to PC gaming or anyone looking to save money. Unfortunately at this time proper 3rd party benchmarks have not been released on the Polaris cards, so it’s difficult to accurately compare them to the Nvidia 10XX line, but the idea of a high-end card at an affordable price has many keeping an interested eye of this new line. For more information here is AMD’s official page announcing the Polaris line, and a more in-depth write-up thanks to PCWorld. What does this all mean for you, the consumer? Nothing but good things, that’s for sure. Healthy competition like this only drives the industry forward, especially the thought of reducing the historically high price of graphics cards. Then there’s the ripple effect on older cards to consider as well, since the release of a new line almost guarantees a sizable price reduction on the older cards as retailers clear out stock. Gamers waiting to pick up a decently powerful older card like the 980 or 970 might soon have the perfect opportunity, provided they know their rig isn’t as future-proof as it once was. The future is certainly bright for PC gamers, and there’s never been a better time to see what it’s all about.