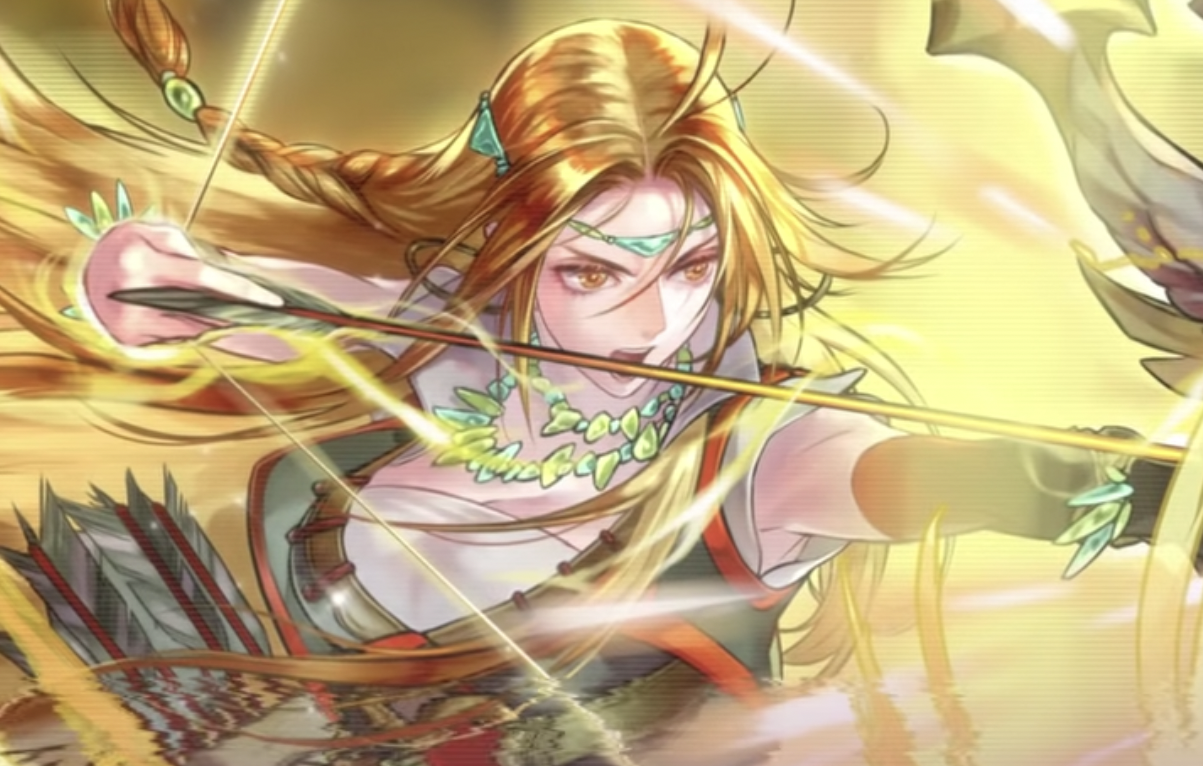 Fire Emblem is no stranger to Norse mythology. Throughout the series, there are numerous references to Norse myths, from character names such as Sigurd to weapon titles such as the tome Fenrir. Norse mythology had become such a staple of the series that many fans assumed the bow Ichaival, wielded by Brigid in Genealogy of the Holy War, was yet another example of this. However, a bow named Ichaival never actually appears in any Norse myths. It was made up specifically for Genealogy of the Holy War, yet many people began to believe that it was a true object in the mythology that much of Fire Emblem is based on.

Ichaival In Genealogy of the Holy War

Ichaival belongs to Brigid, heir to the house Yngvi. Before she came into possession of it, the bow was given to the Crusader Ullr by a divine dragon. Only those who carry Ullr’s blood are capable of wielding the holy weapon. This means that along with Brigid, her son Febail is able to use it. Ichaival plays an important role in Brigid’s story; after she was kidnapped at only five years old, her twin sister decides to use Ichaival to find her once again. Brigid did not have any memories of her true family, but after touching the sacred bow, she regains them. Unfortunately, she loses her memories again and becomes Eyvel in Thracia 776. Meanwhile, her son Febail inherits Ichaival for the rest of Genealogy of the Holy War.

The bow’s name is based upon the mythological Ullr’s home, Ýdalir, meaning ‘yew-dale’. Yew is a word typically associated with bows, befitting the god of archery Ullr. Ichaival combines the Japanese word for yew with val, which may mean dale or valley. However, the bow was later renamed Yewfelle, which serves as a slightly more accurate translation and fits in better with other weapon names in Genealogy of the Holy War.

How Ichaival was Mistaken for a Norse Myth

Ichaival is never mentioned in any true Norse legends, nor does it even have a name that sounds like any Norse word. However, it was mysteriously added to Wikipedia’s “List of mythological objects” under the bow category. It described the weapon as a bow wielded by Odin but listed another source as saying it originated in Ýdalir. This unknown other source seems to be referencing Fire Emblem: Genealogy of the Holy War, where Ichaival belonged to Ullr. This occurred all the way back in 2013. Two years later, it was finally removed from the mythological objects Wikipedia page. However, this update was reversed due to it being unexplained. Once again, Ichaival became a “real” mythological object for a period of time.

Finally, the saga ended in 2018. Ichaival was removed after a user found that the bow did not exist in any form outside of Fire Emblem. Its multiple years being listed as a real mythological bow resulted in a small-scale misconception about its true origins. Two games actually featured Ichaival: Smite and Senki Zesshou Symphogear. While Symphogear seemed to be aware of Ichaival’s trust origins, as it was released before the mysterious Wikipedia edit, Smite added Ichaival in an update that was released a while after the bow was added to the list. Smite erroneously describes it as Odin’s bow; the only source that claimed this was the Wikipedia page.

One of the most confusing parts of this saga is why the bow was claimed to belong to Odin, who has absolutely no relation to Ichaival in the game. Ullr is the main character in Genealogy of the Holy War that has an important relation to Ichaival. She is the one that possessed the bow first, and she is the one that is inspired by a god of archery. Even the actual god hardly even interacted with Odin; the only association he had with Odin was when Odin was exiled and Ullr ruled in his place, taking on his name. Otherwise, there is little connection between the two of them. It is unknown how that anonymous user created this fictional narrative of Ichaival being Odin’s bow.

There may remain some confusion about Ichaival’s origins, especially in the Smite and Symphogear communities where the story behind the name is not explained. However, in the Fire Emblem community, Ichaival is now known as a fictional bow made specifically for Genealogy of the Holy War. While it was inspired by Norse mythology, it is not actually from a myth and has no association with Odin. Since this small fiasco, Fire Emblem has not had any other issues with fans misinterpreting their fictional names for real Norse myths. Perhaps more research is done on these names before anyone adds them to Wikipedia’s list of mythological objects.