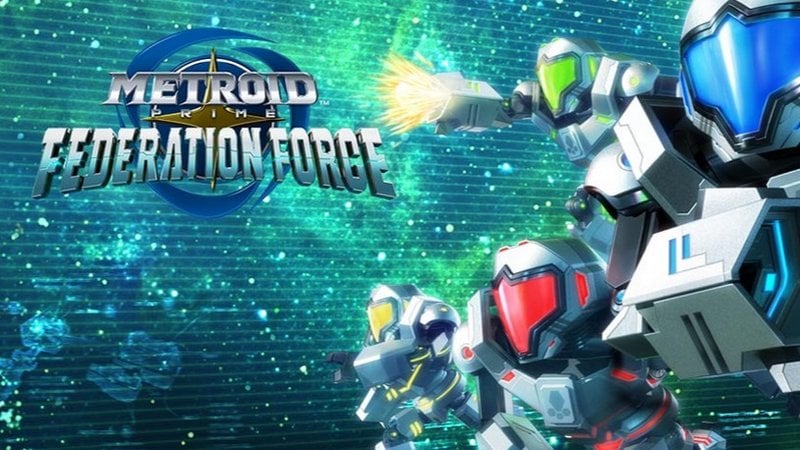 Despite a relatively positive and successful Direct, there was still a solitary dark cloud looming over today’s announcements: Metroid Prime: Federation Force. From the very moment that Bill Trinen mentioned the title, the tone of the presentation changed entirely, dropping the lighthearted and fun atmosphere for a serious confrontation of “the elephant in the room.” As soon as Bill introduced Kensuke Tanabe, the producer of the series, “to help you understand how Metroid Prime: Federation Force will become an integral part of the Metroid Prime universe,” it became painfully apparent that Nintendo was doing some damage control, attempting to salvage the good name of a title that had been reviled and criticized since its introduction at E3 last year. Kensuke, a Nintendo veteran responsible for arguably the greatest games of the Gamecube generation, then led fans through an uncomfortable explanation of the game’s core mechanics, showcasing some of the high points of the game and explaining the RPG elements.

In the Federation Force’s defense, it was created with the best intentions from Nintendo, and presumably could be a spectacular game. So far, hands-on demos with the title have not been seen, and as far as actual gameplay, Federation Force actually looks similar to the Prime games of the past. While the story may not have the depth and fun that hardcore players have come to love the series for, the RPG elements could add some complexity and the “mini-games” that come with the main story could be welcome diversions. In making the title, Nintendo is seeking again to corner the casual multiplayer market, stressing the local play and teamwork that players have seen in other recent titles. In making the title for the 3DS, they were looking to make a game that can be enjoyed in short sittings, preferably out in the real world where social interactions are common and players can network with other fans.

That all being said, Metroid Prime: Federation Force seems to be headed in the wrong direction, and fans have obviously voiced their opinion. In these types of multiplayer games, the single player story tends to suffer beneath the developer’s need to make the game “peak” with four players. Just like with 2015’s The Legend of Zelda: Tri Force Heroes, by focusing solely on the multiplayer aspect, the player’s experience with the game will only be as good as matchmaking allows. If the party set by the luck of the draw is competent and experienced, the gameplay will be enhanced. If your teammates are a bit slower or do not grasp the RPG elements, each journey will drag on into the painful abyss.

To put it bluntly, Metroid Prime: Federation Force appears to have “Duke Nukem Forever syndrome,” being dreamed up by developers far in the past and then slowly pulled into the future. As stated by Tanabe in the Direct, Federation Force was originally designed to be for the Nintendo DSi in 2009, which actually explains a lot about why the game looks the way that it does. Although the graphics are updated a bit for the modern 3DS generation, the game as a whole looks clunky and polygonal, by no means illustrating the power that the handheld system possesses. The character designs are terrible as well, looking more like cartoony N64 Samus rip-offs than the leading heroes from one of the best franchises Nintendo has to offer in 2016. Even the enemy designs, often the highlight of the Prime games, lack the spark and polish seen in past titles.

Ultimately, Metroid Prime: Federation Force was doomed before it was even announced, leading to the inevitable conclusion that sometimes it is a smart decision to let unpublished games die. Although the promise of the title may have seemed exciting to Nintendo executives, as it appears to be a fun and accessible multiplayer game designed to be experienced with other fans, it may prove to be a stain on the franchise’s record. This raises another important issue: is Nintendo getting too adventurous with their spin-off titles, utilizing the name of a franchise to sell a game that would otherwise be sub-par? Perhaps the fans are getting less tolerant of this kind of treatment, expecting a full iteration of their favorite title but revolting when they receive a cheap knockoff instead. Only time will tell for Metroid Prime: Federation Force,  as hands-on experiences with the title may put doubters to rest, but until late Spring, 2016, Nintendo and Metroid fans will have a lot to think about.