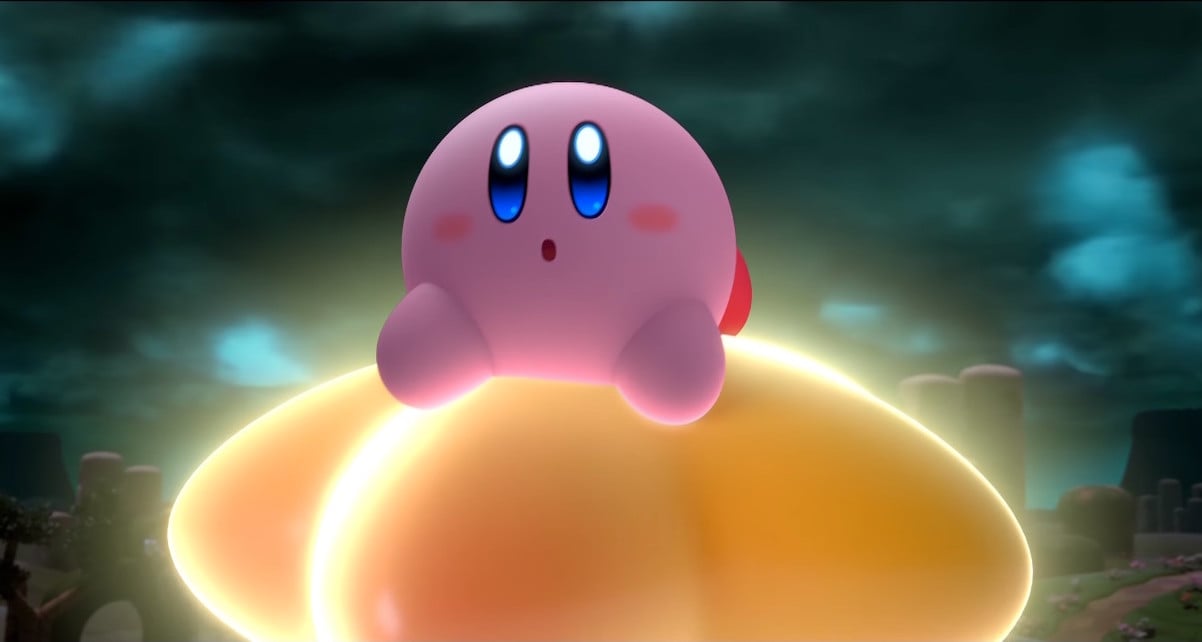 The Beast Pack should be trembling in fear as their reign over Planet Popstar will be coming to an end soon. As the super-tough pink puff prepares to set out on his latest journey, Kirby and the Forgotten Land is almost here! Today, Nintendo and HAL Laboratory generously provided a demo of their upcoming game that features three of the first world’s levels. With about a half-hour of playtime to explore how the Forgotten Land will be taking Kirby to the next dimension, this is everything new we learned from the game’s demo.

There Are Two Difficulty Modes

Right off the bat, Kirby and the Forgotten Land introduces a series first before jumping into gameplay. Players are immediately presented with the option to choose from one of two difficulty modes–they can also be selected before entering a level and changed during gameplay.

In Wild Mode, Kirby and the Forgotten Land will be “a bit wilder and more challenging” as players face more enemies and stronger attacks in exchange for additional Star Coins after completing a level. Meanwhile, in Spring-Breeze Mode, the gameplay will uphold the difficulty of your typical Kirby adventure; a smooth sailing journey perfect for beginner and casual players looking for something that will occasionally test their skills but not drag them through any rough difficulty curves.

Objectives Can Be Found in Each Level

Surprisingly enough, Kirby and the Forgotten Land features small tasks to complete within each level of the game–except for maybe boss battle levels, but we are not too sure about that one just yet. The rewards for completing these objectives seem to be liberating more Waddle Dees captured from their town, but perhaps the objectives could extend to more collectible figure capsules or evolved abilities in the final game. Based on our gameplay session, the demo seems to imply that there could be four additional objectives to tackle per standard level.

Sorry Carby fans, but the vehicle stays on the road–although you probably should have expected that to happen! Mouthful Mode is one of Kirby and the Forgotten Land’s newest highlights, but players should note that these abilities typically pertain to select areas in levels. The Mouthful Mode abilities live in the same vein as Kirby: Planet Robobot’s adorably menacing Robobot Armor.

Like the critically acclaimed 3DS title (and from at least what the demo showed players), the new gimmick is never wasted as its presence is always utilized with proper atmospheres and puzzles. Just as the trailers alluded to, fans do get a clear confirmation from the demo that the Mouthful Mode abilities are needed to progress through the game. Specific levels require the abilities to complete various puzzles or defeat enemies.

No Infinite Float: The Sky Indeed Has a Limit

Contrary to most mainline Kirby games, The Forgotten Land has a sky limit that attempts to keep the pink puff in the action. In his first full-on three-dimensional iteration, Kirby cannot just float above every one of his obstacles. Not only does the sky have a limit the player can almost instantly reach, but after pressing the jump button quite a few times Kirby will begin to get exhausted and sweat as he slowly falls to the ground–the new feature is most comparable to how Kirby’s jump worked in the GameCube racing game Kirby Air Ride. If there are collectibles in pits, fans will have to be extra careful not to accidentally plummet to their death!

After completing Kirby and the Forgotten Land’s demo, players are given a taste of the evolved copy abilities if they choose to go back and replay the three levels they are able to preview. While there is so much to say about each of the evolutions and how they provide new playstyles to the already established abilities, the game’s demo gives players two major implications about the upgrades: they are craftable and they might just be togglable.

In the preview trailer for the full game that plays after completing the demo, there are multiple scenes of Kirby entering a room where a Waddle Dee offers him the option to forge evolved copy abilities through collected blueprints. Like the difficulty mode, players are also given the option to turn off their evolved copy abilities before entering a level after completing the demo’s three levels at least once. However, it should be noted that this option appears only on the level select menu by clicking the “X” button, unlike how difficulty modes can be changed in the pause menu.

In Kirby’s recent spin-offs (especially Nintendo Switch Online’s Super Kirby Clash) HAL Laboratory introduced present code bonuses that could be obtained for extra in-game goodies. While the Gem Apple currency present codes in Super Kirby Clash were mostly released on social media, The Forgotten Land’s demo does give the player two passwords after completing all three of its levels. As seen in the photo above, “CLEARDEMO” and “NEWADVENTURE” will provide the player with something as they progress through the Forgotten Land’s story and eventually meet Waddle Dee-liveries. There is no indication as to what these two codes will provide, so we will just have to wait another three weeks to find out!

King Dedede is Back (And With Another Redesign)

His Royal Highness has returned at last! During Kirby and the Forgotten Land’s most recent trailer, fans got a minuscule glimpse of King Dedede from his backside, however, the ending full game preview in the demo gives us a better look at the ruler in action. While the King is dressed in a uniform reminiscent of the Beast Pack’s attire, the penguin-inspired nemesis has received a redesign that strangely blends together his appearance from Kirby Triple Deluxe and Kirby 64: The Crystal Shards. It’s a bit of modern and classic Dedede formed together for a new generation of Kirby!

Based on King Dedede’s red eyes, it seems obvious that he has gotten himself possessed once again by Planet Popstar’s newest threat. Will Kirby be able to save his friends from the mysterious Beast Pack threat? He no doubt will because he is the hero everyone loves, but nonsensical questions won’t stop us from enjoying Kirby and the Forgotten Land when it launches later this month! Kirby and the Forgotten Land is shaping up to be Kirby’s most promising adventure yet!