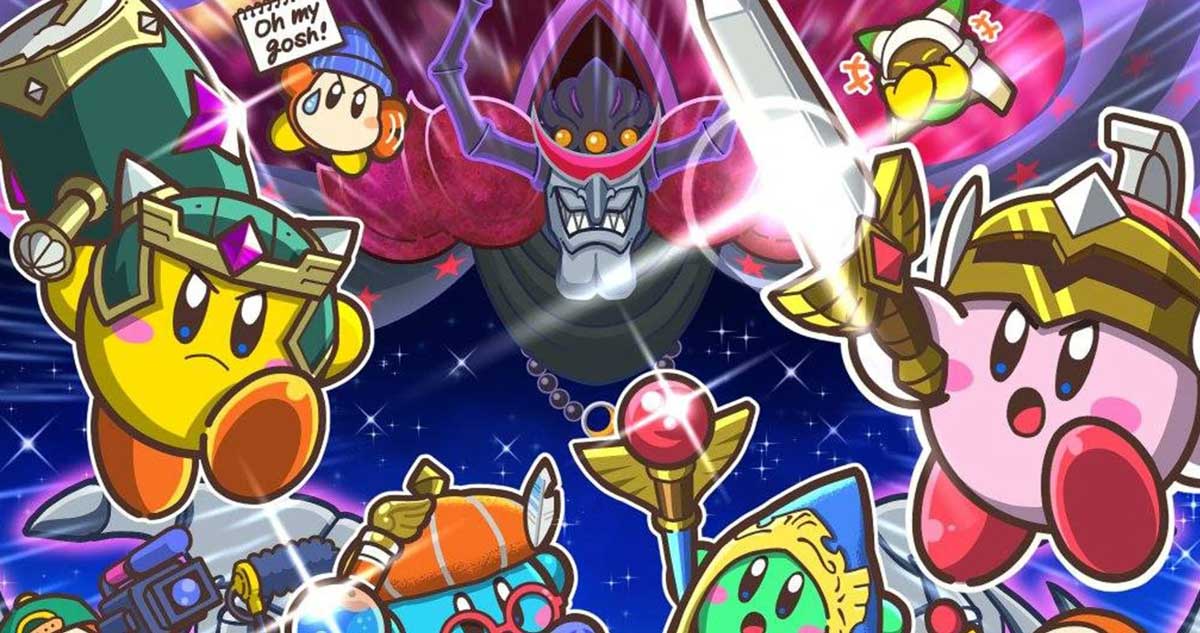 Sub-games: a highlight of the Kirby series. Megaton Punch, Samurai Kirby, Strato Patrol EOS, Snack Tracks, Speedy Teatime, Kirby Quest, and the list goes on. HAL Laboratory has time and time again created memorable mini-games in the Kirby series that have outshined even the core campaigns in fan discussions. These are bite-sized games that every Kirby fan has fond memories of whether it be a master showdown that involves quick reflexes or an eating frenzy that would make any other video game character explode.

Sub-games have always been an integral part of the Kirby franchise ever since Kirby’s Adventure on the Nintendo Entertainment System. In recent years HAL Laboratory has debatably mastered the art of creating more intriguing sub-games than core campaigns for their fired-up super tuff pink puff’s latest entries. Some of Kirby’s side-activities have gone on to spawn their very own entries outside the main series.

Team Kirby Clash is one of the many sub-games that appeared in the Kirby 3DS entries, specifically 2016’s Kirby: Planet Robobot. Team Kirby Clash went on to receive its very own Nintendo Eshop free-to-play exclusive spin-off game on the 3DS alongside Kirby Fighters, King Dedede’s Drum Dash, and Kirby’s Blowout Blast. The sub-game transformed into Team Kirby Clash Deluxe, but now the side series has taken a drastic leap from the Nintendo 3DS to the Switch- and for the better.

It is no surprise why Super Kirby Clash would be HAL Laboratory’s first choice for a Kirby sub-game spinoff that could make a comeback on the current Nintendo hardware after a mainline entry. Clearly, it was the perfect sub-game for the handheld home console hybrid that shares an emphasis on local multiplayer. Just as in the vein of Kirby Star Allies, the game is easy for anyone to pick up and play together; it is simple entertainment where you can easily find yourself a few local or online buddies and bang out a few levels in less than an hour.

The concept of the entire game is to defeat the level enemy and move on to the next, while continuously upgrading your Kirby at Magalor’s shop with an assortment of various weapons, armor, special items, and emotes that resemble different callbacks to Kirby’s history- that is all there is to it. It is your standard Kirby game control-wise, except no copy abilities or repurposable enemies and the hero with an insatiable appetite has been thrown into a boss rush of over 100 enemies to battle it out with.

Microtransactions are typically the major fear when it comes to free-to-play games, but this is certainly one of the very few exceptions of a game from the genre where you will likely never have to think about spending a single dime unless if you are completely impatient with minor grinding or perhaps you just want to show the developers some love. The in-game currencies [gem apples and vigor] are given out after matches, waiting certain periods of time, can be harvested (gem apples only), and collected in batches through various secret passwords inputted through a small statue found on the right side of the hub world.

Super Kirby Clash is, for the most part, more Kirby Star Allies and even more Team Kirby Clash Deluxe with a new coat of paint and that’s great for both casual and hardcore fans who are looking for more Kirby games to play while holding them off for the next core entry. Microtransactions never feel forced, the four-player co-op can be entertaining yet hectic just like previous games in the series, the online works flawlessly, and the amount of content will keep fans of the pink puff locked in for a couple of hours without having them to worry about paying for an entirely new game.

For being a free-to-play game, this is well worth the few minutes it will take to download. It is just right for the fans and for those looking for some quick fun. It is definitely no masterpiece or something to run home about, but once again it is free. Go grab three friends and give it a shot! You can never go wrong with more Kirby!