While Triple Deluxe and Return to Dreamland mastered and polished the Kirby formula, both felt a little uncreative. They were extremely fun and cute, but they lacked a certain element necessary in differentiating them from the rest of the series. That element being an awesome, all-powerful Kirby mech. Fortunately, Kirby: Planet Robobot does have one of those. It’s also one of the best Kirby titles in years.

It does everything a Kirby game should, then it goes so much further. It frames around the set formula and decides against adding to it, for fear of damaging it in any way. Instead, it constructs mechanics from the ground up, resulting in one of the most unique Kirby games of the past decade. Planet Robobot starts with the familiar — running, jumping, eating enemies, and using their powers — then gradually ramps up the mechanics. This constant and smooth pace is Planet Robobot’s strong suit. Each level surrounds its own element. You’ll be swimming in a chemical plant one moment, then flying in a robot jet not ten minutes later. It’s brisk, it’s seamless, and it’ll keep you playing for hours. Because of it, playing Planet Robobot is one of the most addicting games on the 3ds.

The story, much like everything else in the game, surrounds a robotic motif. An alien race has invaded Kirby’s homeworld of Popstar. They’ve defeated both Dedede and Metaknight with ease and have obvious intentions of overrunning the planet. The interesting part is: they technically already have. Dreamland is now mechanized, and Kirby has to return it to its regular, peaceful self. Maybe it’s not the most original story, but it provides a convenient frame for level design and mechanics (or perhaps it’s the other way around).

All levels are now themed after some sort of mechanical object — blender, saw, etc. The standard Kirby biomes — forest, desert, ocean — are still here, but they’ve all been mechanically revamped. The forest is a lumber yard, the desert an oil mine, and the ocean a ship harbour. Even the enemies can’t escape from mechanization and while most of them won’t receive an actual upgrade in strength, all of them look uncharacteristically threatening. This robotic makeover is much more interesting to look at than Triple Deluxe’s style — even if both games share the exact same engine. It’s an endearing aesthetical flourish that helps Planet Robobot feel comparatively unique.

Though, unlike its aesthetic, Planet Robobot’s soundtrack doesn’t upgrade with the change in the theming. Instead of the jumpy, exciting music usually found in Kirby games, most of these songs are filled with monotones noises resembling mechanical operations — lots of beeps, boops, and other generally annoying sounds. I even turned the volume off when the music became aggravating. Of Course, there are a few tracks that still had my foot tapping throughout — the opening stage and the final boss’ themes especially — but, more often than not, the music was a disappointment for a long-time Kirby fan.

But, a lackluster soundtrack doesn’t change the fact that insanely destructive mech suits are ridiculously awesome. The Robobot Armor is seriously empowering. There’s not much better than bustling your way through levels destroying everything in your path. Though, it gives as much as it takes. Kirby may be able to annihilate his foes when wearing the armor, but he loses access to half his powers and his ability to fly, meaning that falling in a pit is absolute death. The powers that he can use when wearing the Robobot armor have been enhanced to better match the robot theming. For example, cutter — normally a simple, boomerang-like power — allows the Robobot armor to duel wield lumber saws that detach and destroy anything in front of them. It’s a great idea and leaves a lot more to experiment with when murdering your enemies.

But, the Robobot armor’s destructive capabilities aren’t its best function. The freedom it allows is what keeps me in love with it. Often at times, the Robobot armor will be tucked away in a hidden corner of a level. If you find it, there you go, you get the suit for the rest of the level. You’re rewarded for exploring with an all-powerful robot suit. But, if you miss it — or just ignore it — a lot of the time you’ll be able to finish the level as regular ol’ Kirby. This adds an extra level of strategy — do you want to tank through the level with awesome power? Or play it safe and use Kirby’s flight to avoid most obstacles?

The real treat here is the lack of circumstance. The Hypernova and Super Abilities — from Triple Deluxe and Return to Dreamland respectively — had so much pomp and circumstance surrounding them that they felt comparatively forced and therefore restricting. For example, both of these as well as the Robobot Armor use a cut-scene to introduce its general concepts. The difference being that Hypernova and the Super Abilities show this cut-scene every time you use them. While the Robobot Armor’s cut-scene was only shown twice, and one was in an optional level. Comparing it to the Mario series, the Robobot Armor is more Yoshi and less mega mushroom.

Planet Robobot — continuing the tradition set by Triple Deluxe — has a handful of extra modes to toy around with. My least favorite of these being Team Kirby Clash. Similar to Triple Deluxe Kirby fighting mode, this mini-game allows you to play alongside friends — or just computers — to fight a boss. You can choose from four classes: mage, healer, knight, and sledger — the equivalents to the beam, docter, sword, and hammer abilities. The class you choose will gain experience after every fight, eventually leveling up and boosting some stats, all classic RPG territory. But, I didn’t even care enough to level my class to the maximum of ten. I had beaten all of the bosses before doing so, meaning there was no reason to continue playing. It feels like a wasted slot for what could’ve been an interesting distraction.

And speaking of interesting distractions, the game’s other main mode — Kirby: 3D Rumble — is relatively decent, if not only because of the novelty of Kirby in 3D. Basically, you inhale enemies and spit them out in standard Kirby fashion. The main point is to rack up combos as quickly as possible. It’s only 3 levels long and designed in a boring grid-like fashion, but those 3 levels are generally enjoyable. Really, this mode just shows what a fully 3D Kirby game could be like. Add a greater variety of enemies, some powers, and actual level design and this could be a full retail game. But, as it stands, Kirby: 3D Rumble feels more like a taste test.

Planet Robobot’s main story is fantastic. Wrecking shop with the Robobot Armor is extremely fun, and actually having the choice to use it or not is refreshing. It’s dragged down a bit by its lesser modes, but if you like cutesy graphics and easy gameplay, then you’ll love this game. Coincidentally, if you like mindless destruction using an all-powerful robotic suit, you’ll also love this game. It’s a win-win! 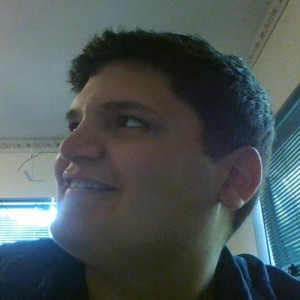 The Best Kirby and the Forgotten Land Easter Eggs, Details and References

Why the Scorpio is the Future of the Console Industry