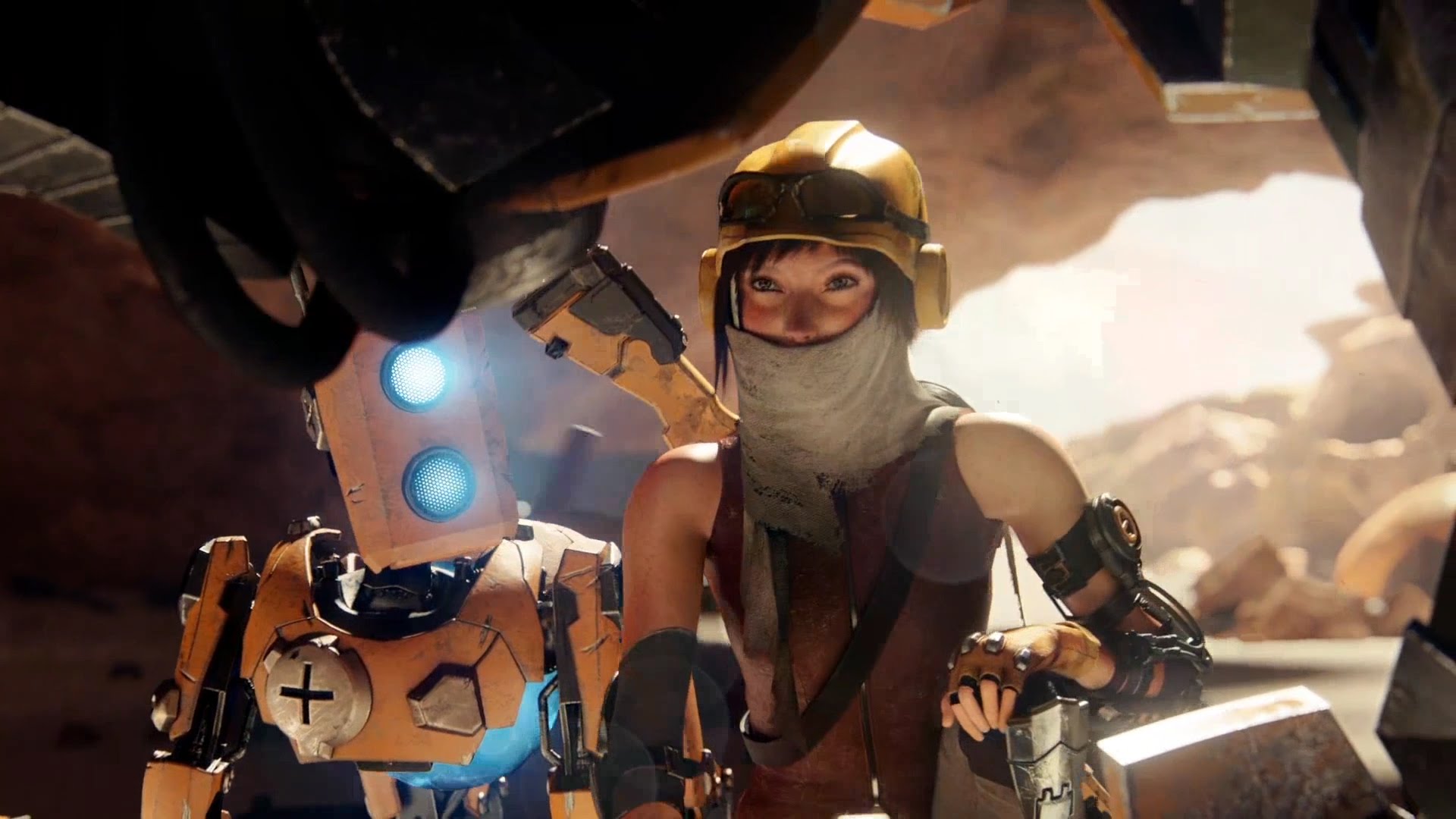 Once in a blue moon, Xbox embraces games that differ from the constant stream of first-person shooters, racers and sports games. In comes, ReCore, a game produced by famed Mega Man creator, Keiji Inafune, and developed by Texas-based Armature Studio. The demo that Xbox showcased on the E3 show-floor revealed everything, gameplay-wise, that players needed to understand to get fully behind this ambitious Xbox One title.

ReCore centers around Joule and her faithful robot companions as they battle their way out of troubling situations and hairy scenarios. In the demo, Joule along with Mack and Seth fight through hordes of enemies by combining their individual powers together and proceeding as a team.

Joule with her rapid fire laser gun can shoot down enemies in rapid succession or charge a shot to take down bigger enemies and stun them. Her weapon has the ability to change its ammo color type. Changing the weapon’s ammo can be crucial as enemies with the same color designation are more vulnerable to the matching ammo. It seems like an easy concept at first; kill the red bug with the red ammo. But as more and more enemies fill the screen with varying colors, things can get frantic fast, keeping players on their feet constantly.

But Joule doesn’t have to always be on HER feet the entire time. She comes equipped with not only a double jump but a jet boost to either give herself room between her and an enemy or to make an otherwise risky platforming jump much more manageable.

By pressing the left bumper, Joule can also switch out her robot companion. Mack the dog can attack in rapid succession, leaving enemies open for a devastating charged shot. He can also search the environment to help Joule out with puzzles. Seth the spider turret gives Joule some much needed cover fire but his special ability is a bit more impressive. When the player sees a yellow track along the wall or ceiling, Seth can attach himself to it and scale across it. In addition, Joule can hitch a ride on his back. This is obviously useful for puzzle solving or platforming but it can also be utilized during shootouts in order to give Joule a brand new to vantage point and continue her onslaught of gunfire.

ReCore is a promising new title and the demo beckons the players to wonder how much more intricate all these mechanics will become throughout the game. It definitely looks to give the Xbox One some much needed variance in its game library.