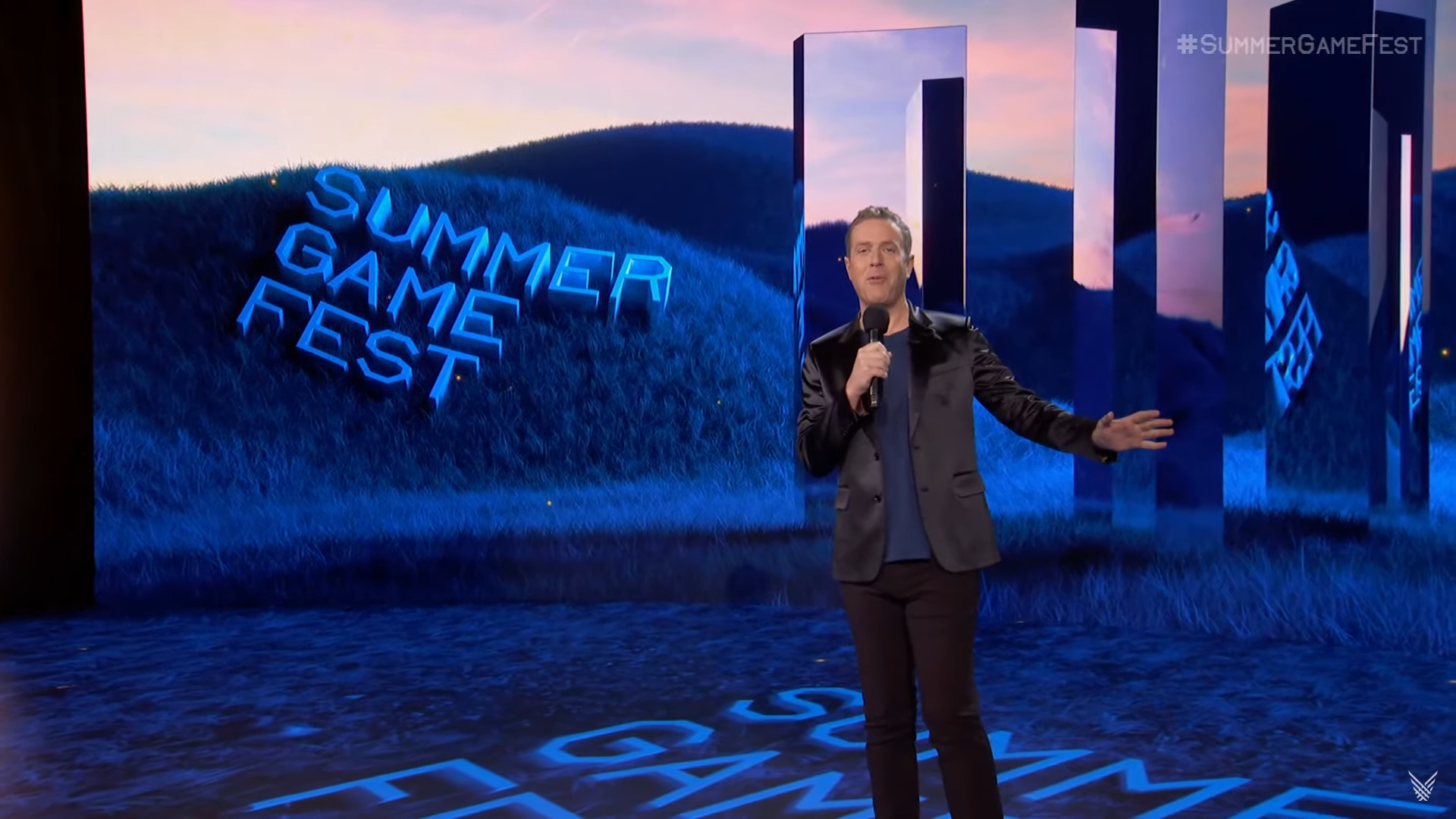 It’s finally here, and this year’s Summer Game Fest comes packed with announcements from across the games industry. Geoff Keighley’s annual games showcase promised plenty of exciting reveals and didn’t disappoint, although it was somewhat dominated by sci-fi and horror games. Regardless, here are 10 of the biggest and most exciting announcements from Summer Game Fest 2022!

“Tough as ever, Guile’s move set in Street Fighter 6 brings back some of his classic arsenal and introduces new attacks that continue his legacy of intensity and power. Challenge yourself to pull off each of the high-powered attacks with the Classic Control Type, or jump straight into the action with the brand new, simplified Modern Control Type.”

The newest entry in the long-running Alien franchise, Aliens: Dark Descent is a single-player isometric shooter where players must face hordes of terrifying Xenomorphs and fight alongside various squad mates to survive. The latest Alien game is a collaboration between developers Focus Entertainment and Tindalos Interactive, and 20th Century Studios and Disney. It is currently set to release in 2023 on PlayStation 4 and PlayStation 5. For fans of the Alien franchise, this is a pretty big deal as it will be the newest original story in the franchise in quite a while!

Marketed as a big-budget indie game starring legendary video game actors Troy Baker and Roger Clark, Fort Solis is an upcoming sci-fi horror and thriller game set on the planet Mars. Created by European independent studio Fallen Leaf as well as Black Drakkar Games, Fort Solis promises to be a thriller with an emphasis on exploration and discovery, and can be wishlisted on Steam right now!

Originally announced in 2013, this sci-fi horror game from Lunar Software has been rebuilt from the ground up for modern hardware and re-revealed at today’s event. In ROUTINE, players will need to outwit and outmaneuver a mysterious threat that lurks inside the decaying complex as they explore the different sections of the station, from abandoned malls to deteriorating living quarters. The player’s ultimate mission is to piece together the fate of those that once lived there. ROUTINE will have a minimal UI that will help create a more immersive and tense experience as players attempt to run, hide, or defend themselves from any threats that may appear.

The new real-time strategy game from former Blizzard veterans at Frost Giant Studios, Stormgate, is set in a post-apocalyptic Earth with a terrifying alien threat looming in the darkness. The game uses Unreal Engine 5 and promises both cooperative and competitive multiplayer modes. Stormgate will have a beta in 2023, so the release is looking quite a ways off from now, but for fans of real-time strategy games, this is one to look out for. It can be wishlisted on Steam right now!

Wait a second… was there ever a Goat Simulator 2? Apparently not, because Goat Simulator 3 is the official sequel to one of the biggest meme games of the past decade! In a marketing move surely designed to confuse as many people as possible, this goat-based physics game will make a triumphant and chaotic return to PlayStation, Xbox and Epic Games Store in Fall 2022. Though fans of the Dead Island franchise will likely be disappointed that this trailer went in a very different direction than what was expected, this silly sandbox game will likely be a crowd-pleaser with its inclusion of both singleplayer and multiplayer goat-based shenanigans.

This incredibly stylish speedrunning first-person shooter game is coming much sooner than fans originally thought: next week on June 16th! Its new trailer shows off sleek and smooth first-person gameplay and made for a breath of fresh air among the dark and gritty thrillers shown off during the Summer Game Fest showcase–and Steve Blum voices the protagonist, White! Annapurna Interactive shared this description of Neon White:

“Neon White is a single-player speedrunning FPS where you can sacrifice your guns for godlike parkour moves. You are White, an assassin handpicked from Hell to compete with other demon slayers for a chance to live permanently in Heaven. The other assassins seem familiar, though…did you know them in a past life?”

One Piece Odyssey is an upcoming JRPG based on the popular manga featuring sandbox exploration and turn-based combat, and its new trailer showed off plenty of exciting characters and potential plot elements. The game was first announced back in March but this Summer Game Fest trailer promises a 2022 release date on PS4/5, Xbox, and Steam platforms.

By far one of the most interesting new game announcements given its tone and music, Metal: Hellsinger is a rhythm shooter developed by The Outsiders featuring music from a wide variety of metal artists. Its Steam page has the following information:

“Metal: Hellsinger is a rhythm FPS, brimming with diabolical enemies, powerful weapons, and metal music. Set out on an infernal journey in order to achieve the purest of goals: Vengeance.”

Metal: Hellsinger releases on September 15th, 2022, which is not too far away! The game also currently has a demo on all available platforms!

The Last of Us Part I

At the end of this two-hour Summer Game Fest was none other than industry legend Neil Druckmann alongside The Last of Us actors Troy Baker and Ashley Johnson, here to deliver some exciting news about The Last of Us as a franchise including a short tease for the currently unannounced multiplayer project set in the world of The Last of Us that we will learn more about in 2023.

More urgently, however, Druckmann announced that the leaks surrounding The Last of Us Part I, a from-the-ground-up remake of The Last of Us set to release on September 2nd, 2022 on PS5, were entirely accurate. The re-imagining of 2013’s masterpiece from Naughty Dog is apparently closer to the original vision than ever before, and fans can experience the game with updated enemy AI, a new graphics engine, and much more when it releases with an admittedly hefty $69.99 price tag on September 2nd.

This list is not exhaustive by any means, and the full Summer Game Fest event can be watched below to check out all of these amazing announcements and much more!