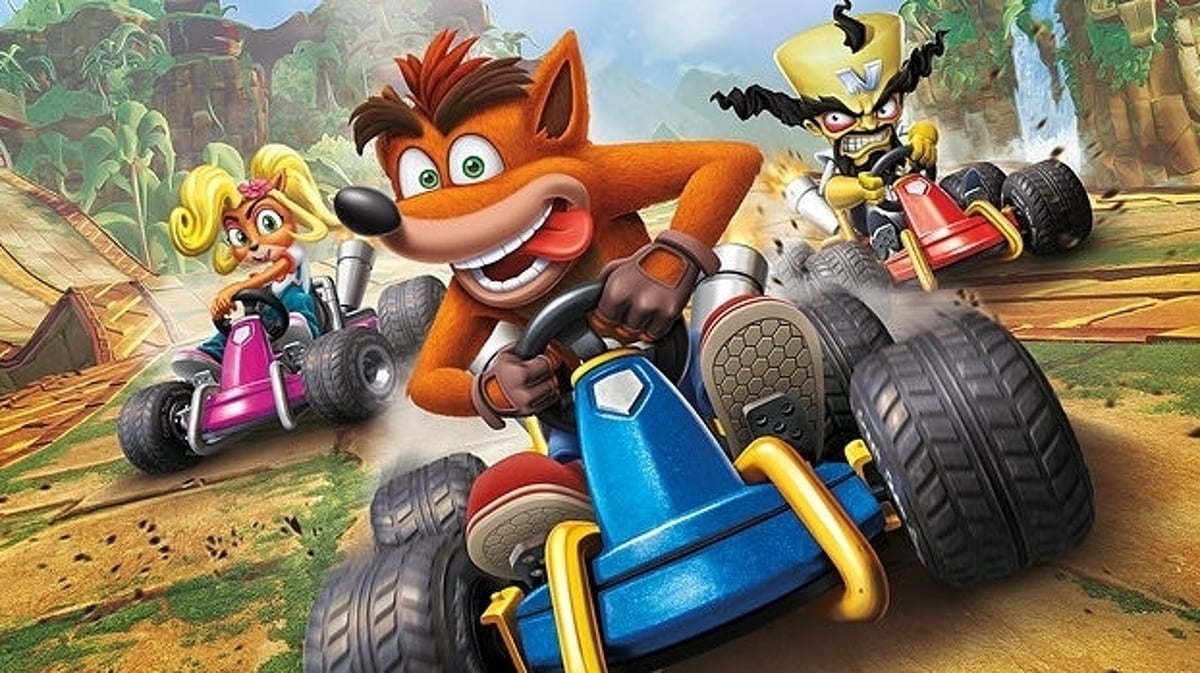 There are a number of interesting parallels between the beginning and end of the current console generation. Where the first few years of the PlayStation 4 and Xbox One’s life were essentially the Enhanced Edition era (slight upgrades of the last round of big PS3/X360 games), the last two years are shaping up to be the Remastered Era, dipping even further back into the nostalgic vaults of video gaming to reinvigorate brands and fill time until the Playstation 5 and Project Scarlett hit in 2020.

Crash Team Racing Nitro-Fueled, released last week on PS4, Xbox One, and the Nintendo Switch, is but the latest in a long line of remasters in recent memory, following on the heels of the recent Spyro Reignited Trilogy, Resident Evil remasters, the original Borderlands re-release – and, of course, 2017’s well-received Crash Bandicoot N. Sane Trilogy.

Adapted and developed by Beenox, Crash Team Racing Nitro-Fueled falls in between the two camps of remasters: while it’s not a complete overhaul in the vein of Resident Evil 2, calling it a conventional upgrade (in the vein of the Bioshock Collection or Okami HD) undersells it quite a bit.

Rather, Crash Team Racing Nitro-Fueled falls somewhere in between both approaches to remastering, an enticing mix of the old and the new. While it painstakingly recreates the core gameplay loop of the original two Crash Team Racing titles, it wraps the game around it in a more modern structure (and some seemingly un-modern loading times, even on my PS4 Pro), a strangely satisfying half-step of evolution for the long-dormant series (Crash Nitro-Kart was released in late 2003 – and no, Crash Tag Team Racing doesn’t count, it’s a goddamn platformer).

On the track, Crash Team Racing: Nitro-Fueled is the same fantastic Mario Kart clone it was back in 1999, complete with the game’s carbon-copied items and ever-debated power-slide mechanics (press R1 to jump and slide, then time presses of L1 to gain turbo boost up to three times). The combination is barely controlled chaos: the high speeds and windy tracks of Nitro-Fueled make for some insanely satisfying racing — though admittedly, the skill floor of the game is much higher than most family-friendly entries in the genre. The game’s default difficulty is not “easy”, and immediately demands familiarity with the game’s mechanics: it’s still not the most welcoming kart racer for beginners, lacking in the player-friendly assists that make Mario Kart 8 such a welcoming title at family gatherings.

Once you figure out the rhythms, it is still fun as hell – and thanks to the complete graphical redesign of every track, Crash Team Racing Nitro-Fueled brings 31 original tracks into the HD era with glorious pastels, wonderful atmospheric touches (Coco Park’s track is littered with rose petals, for example), and some truly gorgeous explosion animations. It’s a rather impressive feat: though each track feels completely new, the architecture from the original games is completely intact, ensuring the same strategies and shortcuts of the original series remain viable – it’s a small touch, but an important one in helping reinvigorate CTR‘s underrated legacy.

Between the flags, everything one might love and hate about the original is maintained in all its purity here; the difficult (and rewarding) short cuts, the frustrating power slide learning curve, the insane challenge of beating AI opponents on Hard difficulty… there hasn’t been a single change made to how Crash Team Racing plays in Nitro-Fueled, showing how surprisingly resilient CTR‘s game design in 1999 holds up to modern standards (which is basically Mario Kart 8 and Sonic All-Stars Racing Transformed, the only notable kart racers of the past decade).

Despite that, Crash Team Racing: Nitro-Fueled doesn’t feel like a remake devoid of new inspiration (in the vein of say, the Arkham Collection or Burnout Paradise Remastered): strangely, the game’s online multiplayer and in-game store (called the ‘Pit Shop’) show Beenox and Activision have some serious interest in reigniting Crash Team Racing as a live game. Each Grand Prix, beginning July 3rd, appears to work like the seasons found in games like DOTA, Fortnite, or Apex Legends (except here, it’s completely free): players gain experience playing the game, incrementally unlocking new skins, characters, and other customization options during the limited event window. Beenox is even designing a brand new track for each Grand Prix, bringing an intriguing stream of new content to a remastered game.

The proposition is interesting, but there is still some work to be done for this to give the game a meaningful life span: currently, online lobbies are restricted to one race at a time, and with the game’s already lengthy loading times, loading in and out of lobbies for four minutes of action at a time can be a momentum-killer, especially when half the lobby drops out in between races or battles, causing the whole process to start over again. If the Grand Prix allows players to race in cups together — or at least offers some other form of continued play — there might be some hope for this game to build a meaningful community of online players.

At $40, Crash Team Racing: Nitro-Fueled might initially feel a bit expensive: after all, in gameplay terms, it is exactly the same game it was between 1999 and 2003 (again, fuck Crash Tag Team Racing and its weird focus on open-world platforming). But the game’s impressive graphical overhaul (despite being locked to 30 frames a second, I might add) – and interesting approach to becoming a “live” entity – is proposition enough for any kart racing fans hungry for something besides Mario Kart 8 (which has stood alone in the industry since its release in 2014; sorry, Team Sonic Racing). Crash Team Racing: Nitro-Fueled is packed to the brim with characters, tracks, modes, and replayability. It serves as a wonderful revitalization of an oft-forgotten and beloved racing franchise.