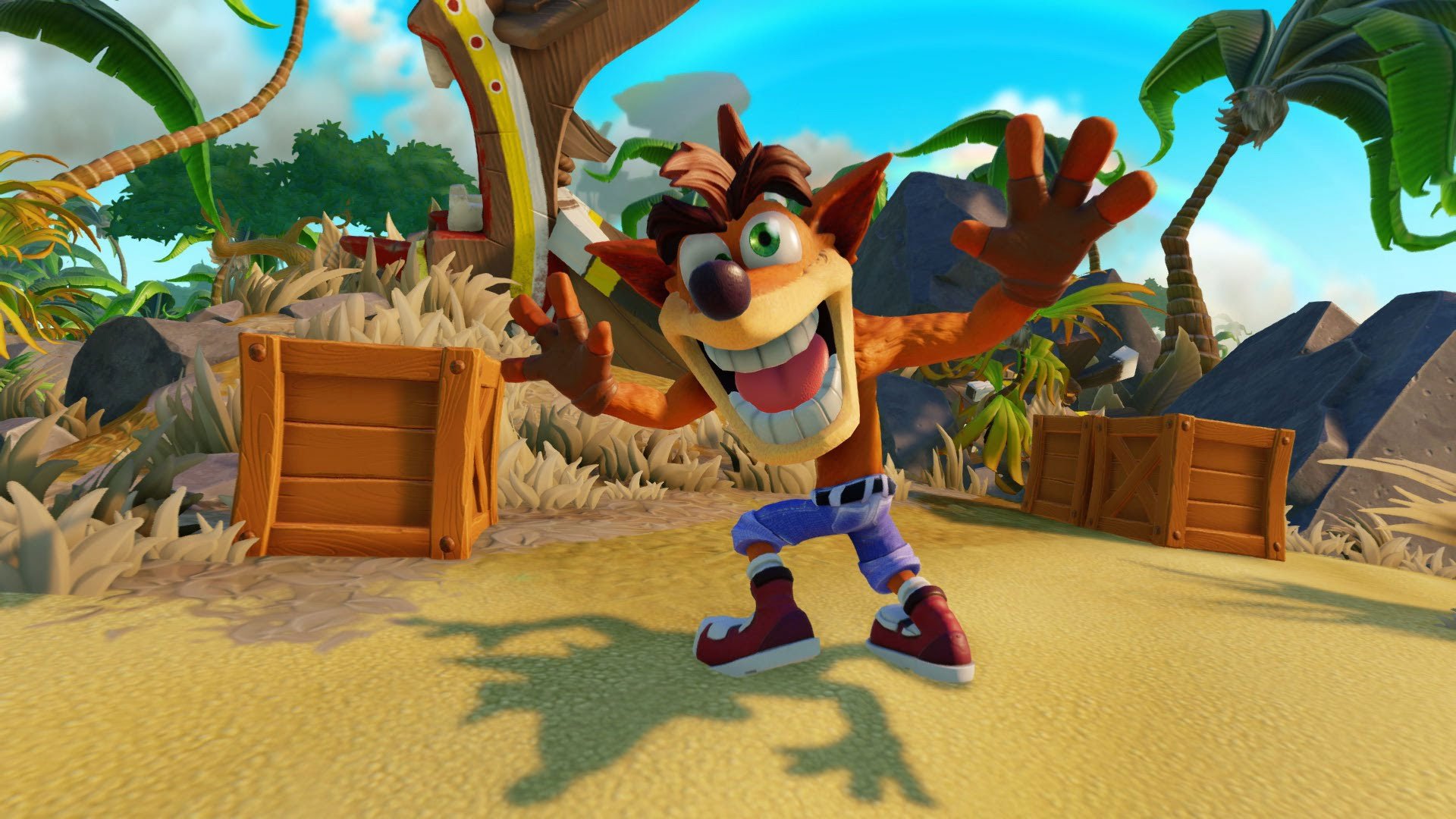 Technically – and I mean that in terms of the technology – Crash Bandicoot: N. Sane Trilogy looks pretty impressive when compared to the PlayStation originals. However, barring a couple of minor changes, “looks” are where the differences end; these games have received little more than a superficial do-over. Gameplay and levels remain the same with only minor changes (like alterations to jump physics, which actually break the first two games’ level design); the only big difference here is that they are supposed to look and sound “better”. All that is actually accomplished here is making the games look and feel different for the sake of it, removing the distinct uniqueness of the originals. This Trilogy is a prime example of “just because you can, doesn’t mean you should” –a problem that broadly infects almost every project of this kind.

It’s important to preface this argument by mentioning that in no way do I believe remakes of these particular games can’t be made and done well, or that people can’t enjoy them. The question, from the perspective of art appreciation and preservation, is should they be made, especially when the results completely disregard the art style, sights, and sounds that made up the atmosphere and tone of the originals while adding nothing of value to the gameplay experience? I don’t think so.

Visually speaking, what N. Sane Trilogy gains in polygons and shaders, it loses in the uniqueness still vibrantly present in the originals. Gone are detailed, nuanced looks to stages with their many different textures and painted lights, the 90s attitude to characters that made them very angular and “edgy” (pun very much intended), and the environments that looked like a mix of pleasant and rundown; the kind of things that add character.

Instead, we now get levels gaudily dressed in realistic, smooth lighting that looks uncharacteristic of anything but a demo of what a graphics engine can do. Meaningful details of the stage environments have gone missing in favor of for “Hey, don’t this stuff look shiny and stuff?” All locations look as goddamn clean as a badly gentrified neighborhood in L.A.. Instead of characters, we now get round, soft shapes that have been decided by both studio executives and recent animation school graduates as the only style that can exist within this current time period.

Gone also is the simple but charming soundtrack that blended well with the environmental sound effects; usually a bit understated but cartoon-y and friendly. Now, the soundtrack has to sound like over the top orchestral fluff, going big instead of subtle. The bigger, the shinier, the better, right?

Keep in mind, this Trilogy, is officially called a remaster, despite being a cosmetic remake. It makes sense: remake implies change and improvement. Remaster, however, within negative connotation, can mean something like ruining the mix by turning up the guitar volume higher than anything else on the CD release of Californication by Red Hot Chili Peppers, because loud means better apparently.

With all that in mind, Is it even possible to correctly improve a tried and true classic? Why, yes. Yes, it is.

Meet the 2002 remake of Capcom’s first Resident Evil game from 1996 called, uh, Resident Evil; colloquially known as REmake (which later received an optimized HD port in 2015). Unlike N. Sane Trilogy, this release revamps the visuals and audio, already wonky for 1996, while tone and atmosphere are kept and enhanced. More importantly, the differences in REmake are beyond skin deep. Major improvements and changes were made to the gameplay in order to circumvent the limitation-based shortcomings of the original. As such, REmake actually makes a case for its resurrection.

The original Resident Evil’s “tank controls” were cumbersome by today’s comfortability standards, aiming firearms was not the most intuitive experience, the dialogue was unintentionally funny (I am glad it existed to give us all the quotes we remember today), and the game’s difficulty was unbalanced in many parts. Some would disagree to the need to change any of these things for nostalgia-related reasons, but I find it hard to believe that anyone would argue that the developers of REmake at least tried to create something newly improved, instead of simply splashing a new coat of paint on the whole, calling it a day. In REmake’s case, even the coat of paint was complimentary to the original, instead of being a departure.

In many ways, the N Sane Trilogy reminds me of when, in 2009-2010, LucasArts came out with primarily cosmetic remakes of the original two Monkey Island games. Gone was the distinct pseudo-realistic art style that classic SCUMM games had and are remembered for, replaced by generic, round, pan-eyed cartoon characters. By being nothing more than a cosmetic change, this too came off as completely pointless; different just for the sake of it, presenting itself as a better experience while missing every little detailed nuance of the original two games.

Of course, my opinion on this matter might seem a bit nit-picky, but I simply don’t understand the need to replace unique experiences, especially when the end result is of generic quality, failing to preserve original art. I see it as a form of revisionist history. All of this is something that I believe Activision and Vicarious Visions should have taken into consideration when they took on Naughty Dog’s classic Crash games, if they ever expected to make anything beyond something that earns them a quick buck via unearned nostalgia. They have made the same mistake that so-called antique restorers make when they paint an old, beautifully hand-carved wood dresser in bright turquoise and yellow colors. As I stated in the beginning, “Just because you can, doesn’t mean you should”; it shows a lack of understanding and appreciation for the craft.

Personally, I am disappointed in developments like these. You could argue that consumers today don’t want varied and different experiences that make them appreciate things in the context in which they exist or existed. But, how would we know if we don’t let the consumers judge for themselves instead of conditioning them to absolutes? That things have to look and feel in a very specific way in order to be enjoyed? However, maybe I am giving too much credit to consumers, and instant gratification is all that is required. Nothing will prevent me from playing the three original Crash games, of course, and I hope at the very least, Crash N. Sane Trilogy doesn’t prevent others from enjoying the original experience either.

What ‘Splatoon 2’ Needs to Succeed