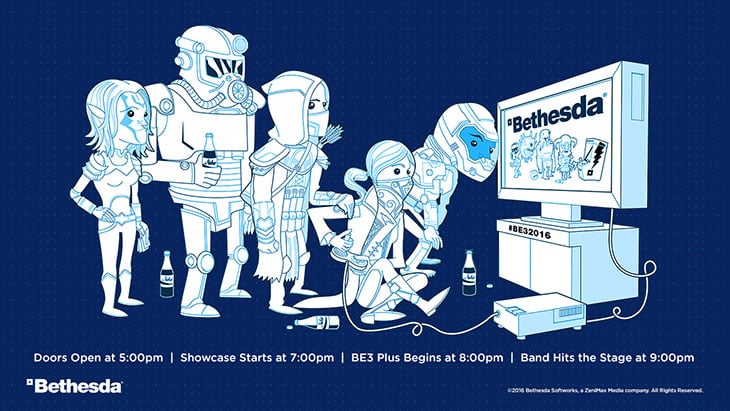 This was Bethesda’s second year at E3, and once again they came out swing and firing all weapons, specifically flak guns and laser rifles. Here’s a run-down of what went on at the Bethesda conference this year.

First, as mentioned, was the unveiling of Quake: Champions, the inevitable follow-up to Doom and the continuation of the legendary multiplayer series. Details on Quake: Champions were a bit sketchy as it’s still early, but what Bethesda implied is that it’s a return to form for the series, with classic arena shooting action. They also clearly knew their market for this game, as many of the technical details pertained to the PC crowd, like 120hz refresh rate and uncapped frames.  Not content to just announce the game, they also announced further E-Sports support for Quake, expanding their already existing QuakeCon, as well as teasing more info about the game at their August conference.

Speaking of Quake, and by extension Doom, new content was announced for the already venerable shooter. While the new multiplayer content -like their first paid DLC that adds a new demon and new maps- mostly fell on deaf ears the one new item of note was the expanded tools for Snapmap, including greater support for singleplayer missions. There’s also going to be new game-modes and Snapmap items added,  such as a new take on single-flag CTF, all for free in the coming months.

Doom isn’t the only game getting new content, as Fallout 4 and Elder Scrolls: Online both got new announcements.  ESO, which is apparently a lot bigger then people thought, will be receiving it’s long awaited Dark Brotherhood DLC, adding a new faction and quests to the game. Also upcoming is the addition of ESO’s One Tamriel system, where after leaving the tutorial area all players have the same access to the world’s content, removing the need for leveling to play together. We’ll have to wait a while to see how this is actually implemented and how it effects gameplay. 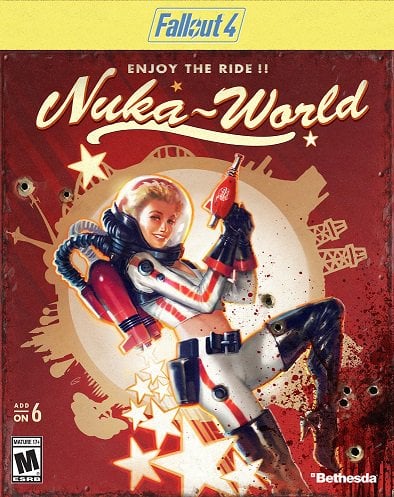 From massively online to massively offline, new content was announced for Fallout 4 in the form of three new DLCs. First was the Contraptions pack for settlements, letting you add weird machines like factories and marble tracks. No doubt this will add even more hours to the game’s most popular feature next month after its release. Also coming up later this summer is the ability to build your own vault in the Vault Tech pack, which brings a lot of the vault-dwelling charm of the mobile game to the big screen. Finally, and most importantly, was the tease for the second expansion pack, known only as Nuka World and shown with a brief trailer taking place in a pre-war amusement park. No release date, unfortunately.

Continuing with Fallout, new content was announced for Fallout Shelter, the massively popular mobile game, soon to be available on PC as well. There’s more, since the next major update will also introduce quests and locations to explore to the game, letting the player finally leave the vault with their dwellers to search for loot and new dwellers to bring home.

Speaking of different screens, Bethesda has decided to throw their hat into the VR race with the tease of Doom and Fallout 4 on HTC Vive some time in 2017. Personally the thought of Doom in VR makes me queasy with motion sickness, but maybe they’ll have that worked out by next year.

And now the announcement everyone saw coming: Skyrim HD. Wisely the footage was mostly taken from the console versions, as many on PC consider their game already superior, but the new texture work and lighting does lend a lot to the aging RPG. Speaking of PC, like Fallout 4 before it, PC mods will be making their way to Skyrim on consoles, so good for them.

Finally two new announcements from Arkane studios. First was a tease of their upcoming project Prey. Long time fans will recognize that:

Indeed, this is a use of the name with nothing to do with the series beyond that. Arkane teased it as a psychological thriller shooter with a hint of time distortion for good measure. Details are few right now, but it’s supposed to come out next year, so here’s hoping for more info soon.

Finally ending the show was Arkane’s coup de grace, with actual gameplay footage of Dishonored 2. The demo was extensive, mostly showing off the powers of Emily, a new possible playable character. Emily is every bit as skilled as her father, Corvo, was, with a variety of powers like her Far Reach, which extends a tentacle to pull Emily away, or other things near. Also shown off was Mezmerize, which distracts whoever is close enough, Domino which chains NPCs together so that what happens to one happens to all, and the mysterious Shadow Walk that turns Emily into a cloud of smoke, all of which are upgradeable through a new skill tree system. 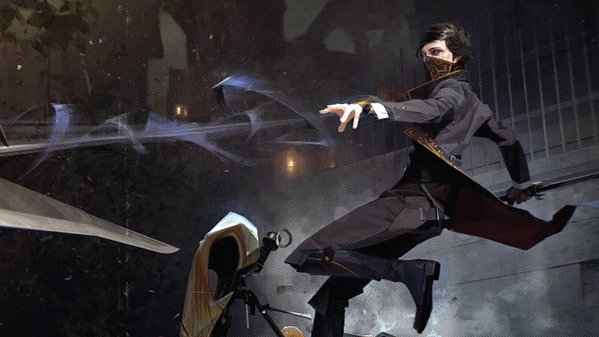 We also got an extended look at the new location of Karnaca, an island city very distinct from Dunwall. Arkane were pretty proud of their new Void engine, and the trailer looked great. Whether or not that’s what we actually get in November remains to be seen, but what can’t be denied is the new level of freedom the locations offer. Arkane have teased a new level of verticality, an impressive feat for the sequel of one of the most mobile first-person games ever made. Also shown was new gameplay ideas like a time-bending mission that sees the player jumping back and forth between time-lines. Once again there are dozens of ways to complete missions and the game encourages exploration and exploitation.

Overall, not a bad show. The Elder Scrolls Online stuff, as well as the trailer for Elder Scrolls: Legends, a not-Gwent/Hearthstone/whatever card game failed to impress, but the new content for Doom, Fallout 4, and Skyrim HD, plus the extended look at Dishonored were more then enough to keep us entertained.