Ah, Bayonetta. One of Hideki Kamiya’s flagship characters, this powerful witch doesn’t let anyone or anything stand in her way. She is ruthless, yet filled with a sense of unadulterated happiness that few other characters have. It turns out that this joy is infectious – playing as Bayonetta brings a smile to the face of many a gamer, her charming charisma standing out from so many dark, gritty first-person shooters nowadays.

But she’s not without her problems. As it’s Women’s History Month, why not take a glimpse at Bayonetta through the lens of gender politics? And what an intriguing case to be had here, indeed! Bayonetta is, simply put, one of the best female characters gaming has had in a long time. She is also, unfortunately, one of the most exploited female subjects in gaming. How can Bayonetta be both at the same time?

Starting off with the positives, no one can dispute the fact that Bayonetta is a physically and mentally strong character. She kicks some serious ass and takes on hordes of enemies with a smile and a brutal yet stylish series of attacks. As a character in a fighting game, she obviously expresses herself through violence, but she also keeps her wits, her cheeky sense of humour, and her personality. She’s no carbon copy of any male character and is truly one of a kind. Bayonetta naturally takes charge. She cares for her friends, looks after people, and shows her more compassionate side. She’s a multi-faceted character, and while she usually displays her strength through the damage she deals to her enemies, at times her strength can come through when she’s fighting for the sake of friendship. 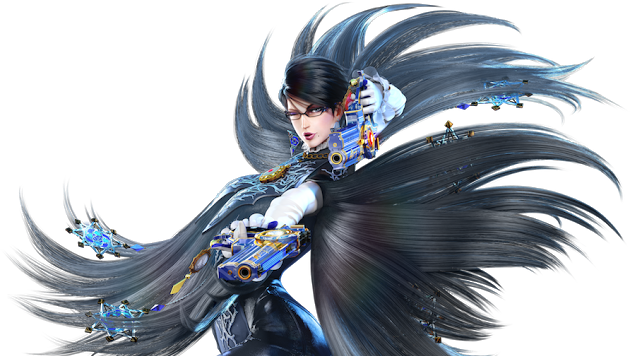 On the other hand, whilst Bayonetta has many positives, she is still viewed through the stereotypical male gaze. For example, Bayonetta is seen looking at the camera from between her legs while she bends over. It’s impossible to look at the many moments when Bayonetta’s body is on display and think “yes, she’s really representing gender equality right there.” Bayonetta has plenty of curves and a far-too-tight-fitting suit. Her lock-on symbol is a pair of lips, and one of her special abilities actually involves her getting naked. The apex of her power, the moment when she is practically unbeatable, is when she’s being used for fan service. This sends the message that a woman’s strength comes from her sexuality. Another negative is that her character’s use of violence so often is almost tokenistic, that they’re placing stereotypically masculine traits on a feminine character. While this argument in and of itself raises some issues, it does raise a question: is Bayonetta using her brain as opposed to her brawn “occasionally” enough? Or is it too little too late? Her character may have many sides, but she’s developed very little over the course of the games. So much more could be done with Bayonetta in terms of her personality as opposed to her body. Her sexuality is a core part of her character, in everything from the way she speaks to the way she moves, but this isn’t the issue. The issue is that this inherent sexual pride and confidence are used to turn her into eye candy at some moments, and that is a real shame.

Overall, Bayonetta is a strong but flawed character, with an artistic design that truly lets her down. Without the camera leering at her body, we have an impressive female character, one who would certainly be a step in the right direction, if not the perfect role model. As it stands, the problem is not her sexualisation; it’s her objectification. Is the fact that she’s inherently a sexually confident character bad? No, not at all, and we need more characters with sexual confidence. The fact that her innate sexuality is exploited to objectify her? Now that definitely is bad and needs to change. But most importantly, Bayonetta is more than her body – and should be seen as such.