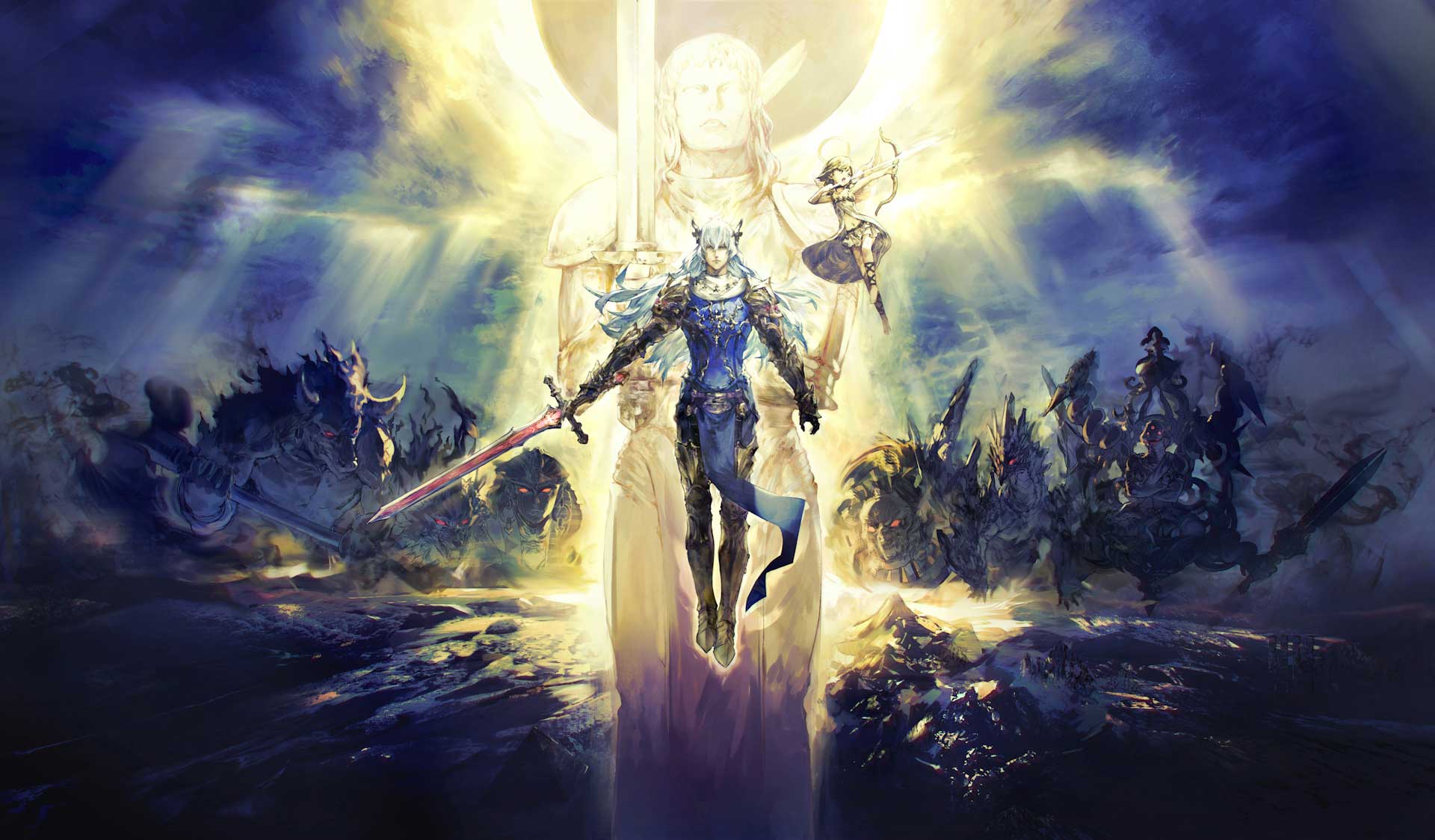 You know what happens when you don’t check in on your Animal Crossing town for a while? Replace a little village with the whole world, and switch out those pesky weeds with nasty monsters, and you’ve got the basic state of things at the start of the SNES classic ActRaiser. Running all of civilization takes dedication and constant vigilance to beat back the forces ready to invade upon the slightest lapse in attention. Let down your guard only just a little and suddenly everything’s gone to hell in a handbasket, with overgrown forests teeming with demon spawn, once fertile land now arid desert, and a terrified population, their numbers greatly diminished, lost without their leader. Quintet’s 1991 multi-genre masterpiece takes that enormous mess and tasks a newly returned god with cleaning it up, by both giving orders from on high and getting dirty on the ground.

Released only a few months after the Super NES itself, the game quickly showed off the promise of Nintendo’s powerful new system, and not just the obligatory use of “Mode 7”, from its squiggly title screen to each descent of “The Master” to the planet. The large, colorful sprites that were so impressive at the time still hold up as things of beauty, and the magnificent orchestral-sounding score by Yuzo Koshiro was a revelation from the 8-bit bleeps and bloops gamers had become so used to.

With all the flash (not to mention one of the coolest titles in all of video games), ActRaiser could have sat on its laurels and probably sold fairly well, but that’s not how you get written about in retrospectives, so the developers decided to make it incredibly fun to play as well. There are six lands, each ruled by a minion of The Master’s ancient archenemy, Tanzra, each with a terrain that presents its own special challenges for both human and deity. The first step with every new area is to possess the statue of an awesome-looking swordsman and cut a path to whatever centaur or werewolf is keeping mankind out. These side-scrolling stages control excellently and are surprisingly well constructed given they are not the only focus. Standard forest, fire, and ice levels apply, keeping the visuals fresh and distinct, with an ear-pleasing explosion sound effect accompanying every kill. Bosses are large, but fairly manageable, and while there definitely is some challenge in the later stages, most players familiar with games of the era shouldn’t have too much of a problem. 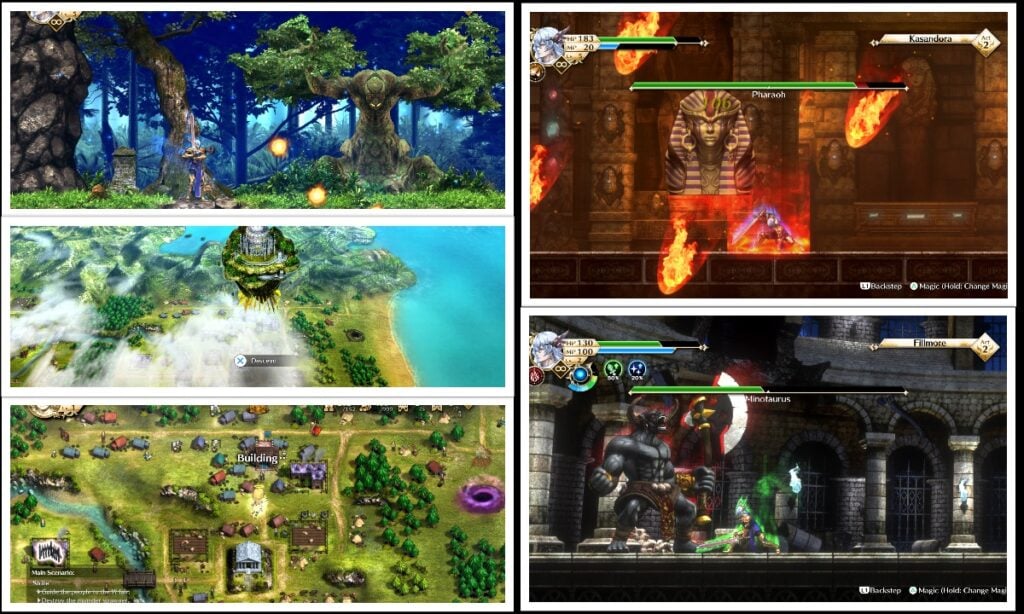 Once destroyed, grateful villagers move in and rightly build a church from which to worship you. Here is where the game changes completely, going from action platforming to world-building, as the player controls a cupid-like servant, through whom various powers can be used to aid loyal followers. or punish their insolence. Okay, you’re not really supposed to do that last bit, but you can, from flooding their crops to setting their houses on fire with a well-placed lightning strike, sending screaming inhabitants scurrying back and forth in pious terror. Not only devilishly fun, there are times when this cruel destruction is necessary for the cities to grow, making room for the undergrowth that can flourish even greater and cover the whole land. 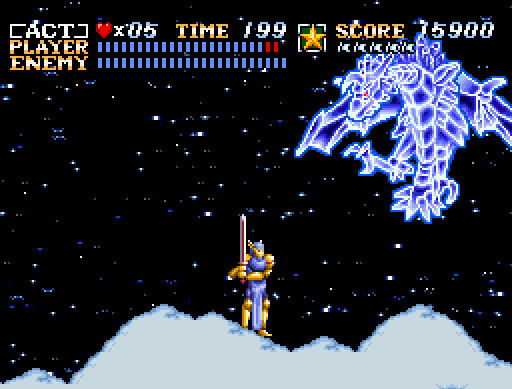 From time to time, representatives will make offerings, giving you whatever weird object they happen to find that usually ends up being a magic power, and occasionally they make requests, some of which are necessary for progression (no matter how much you want to say no), and some that can be mercilessly refused. These sequences make up a large part of the game and are a blast, easily accessible but with just enough depth to stay interesting. Protecting the town from flying monsters with the cherub guy can be tedious at times, but just when things might start to get repetitive, another hack and slash stage appears, culminating in a boss fight and the opening of new land.

With light RPG elements such as the ability to level up HP and SP, magic spells to be acquired, and a decent amount of dialogue from both your angel helper and the whiny citizens, ActRaiser strikes a perfect balance between two styles of gameplay, a Jack of two trades even if master of none, with plenty of monsters to mow down and entire towns to suffer your wrath–I mean, help and guide to prosperity. Yeah. Anyway, start clearing the earth of your weedy enemies, instill a fear of the almighty, and next time don’t stay away so long from this amazing game.