Despite their flaws, Nintendo has had an average, if unspectacular, year. A foray into mobile gaming has produced three solid, somewhat lackluster, games that have all launched and quickly achieved blockbuster status in the mobile sphere. Pokemon Go, Miitomo, and Super Mario Run have reintroduced Nintendo properties to casual gamers, a market segment lost to them since the initial launch of the Wii, and have proven to be a boon in Nintendo’s battle to piece back together the winning coalition they had in 2007. This year has seen a new Fire Emblem game, a Zelda remaster, and even a new Paper Mario game released, all of which were met with good, if not great reviews, as well as the announcement of the Switch, Nintendo’s next foray into the world of game consoles. Because of this split focus, this year has seen two wholly different strategies unfold within Nintendo as they attempt to recapture the casual audience with their emphasis on mobile whilst simultaneously charming the millennial crowd with a Switch trailer tailored for them. Appealing to two completely different market segments isn’t easy for any company, much less one with coffers as limited as Nintendo’s, but the Big N gave it their all this year. How did they end up? 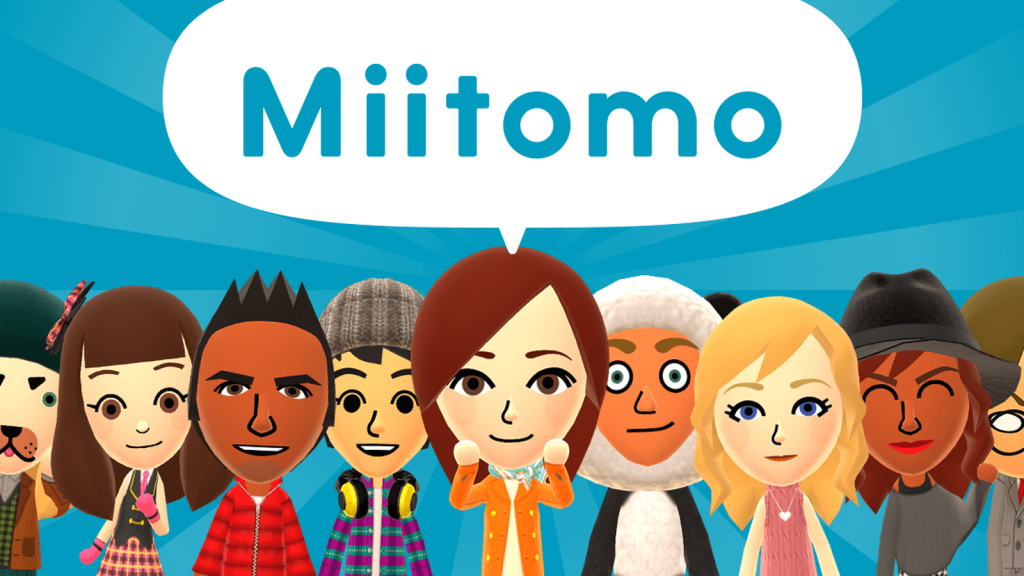 Whereas, once, Nintendo games on mobile would have seemed anathema to a company whose hardware is as integral to their games as it is with Nintendo, this year saw three games introduced to the mobile market that managed to transition the core Nintendo experience to mobile effectively. As would be expected, Nintendo generated considerable enthusiasm in the months leading up to Pokemon Go, Miitomo, and Super Mario Run’s launch. However, such enthusiasm, despite what the number of downloads might suggest, has been met with a low attachment rate (i.e. not many people are still playing these games today.)  Despite Miitomo’s success on launch day, few still play it today. Even Pokemon Go, a Game Freak approved title only tangentially associated with Nintendo, has suffered from a lack of support from developer Niantic and a myriad of factors outside of Nintendo’s control (cold weather, the start of the academic school year in North America, etc.) Super Mario Run, perhaps the most anticipated of all of Nintendo’s mobile games, has been unable to resist criticism as consumers have complained of the game’s comparatively high price and brevity.

While the three titles released this year have been subject to some criticism, they have taken the instrumental step in re-introducing Nintendo’s franchises to a generation that is too young to remember the height of their popularity. For such consumers, these mobile entries are the hor d’oeuvres by which Nintendo can offer a taste of the experiences available on their own consoles without spoiling the main course, the bevy of games available on their consoles. Despite their mixed reviews, Nintendo’s mobile releases have given them a foothold in the marketplace, allowing them to establish their presence more soundly with future releases, and have given Nintendo another avenue to reach consumers unaware of their offerings. 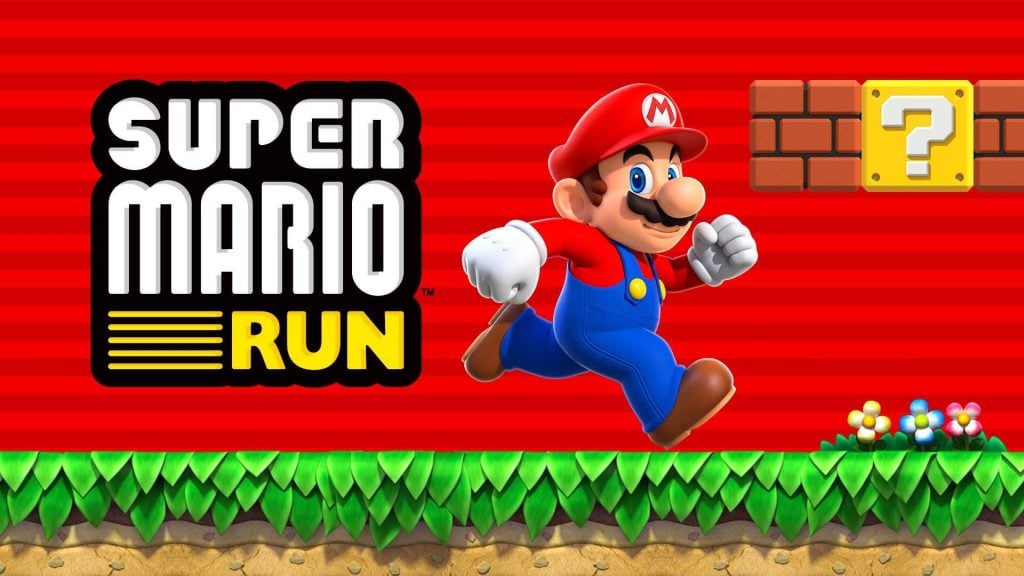 In 2016, Nintendo attempted to simultaneously put the Wii U out to pasture while preparing the Switch (codename NX) for its reveal later in the year. Wii U received only five new releases this year: Paper Mario: Color Splash, Pokken Tournament, Star Fox: Zero/Guard, and The Legend of Zelda: Twilight Princess HD. As a result, Wii U sales remained lackluster and the console continued its rapid decline into the history books as the worst-selling Nintendo console outside of the Virtual Boy. 3DS, on the other hand, experienced a deluge of new games, including Fire Emblem Fates, Kirby: Planet Robobot, and Metroid Prime: Federation Force but lacked a must-have title to stymie its decline. With releases like Hyrule Warriors: Legends pushing the system to its limits, the shortcomings of Nintendo’s five year old handheld are becoming more evident, and its need to be retired more apparent with each passing year.

2016 has seen few Nintendo games of acclaim, with Star Fox Zero launching to critical disappointment and Paper Mario: Color Splash releasing to a relatively muted critical reaction. Without a truly great focal point for their two main consoles, Nintendo has had no main game on which to market either the Wii U or the 3DS and, predictably, sales have fallen.  The announcement of the Nintendo Switch on October 20th has injected much needed anticipation into the company’s hardware lineup, but with a release in 2017 and with no new information until January 12th, the Switch’s impact on 2016 is tenuous at best, serving mainly as a reminder that Nintendo’s focus on hardware isn’t going to die with the Wii U and that they are still invested in the console market.

However, there is another home console whose impact has been felt more perceptibly in 2016, the NES Classic Edition, a humble piece of hardware that has reminded both gamers and non-gamers of the pop-cultural clout that Nintendo carries. Although continued issues with their supply chains have hamstrung what the NES Classic Edition could have done, the demand for it suggests that the market is far from oversaturated with Nintendo’s products. Never before has a piece of hardware from Nintendo (that isn’t a new console) generated as much excitement as the NES Classic edition has, especially in North America. It distills everything great about Nintendo’s formative years into a package small enough to fit practically anywhere, an interface simple enough for anyone to understand, and a price low enough to encourage impulse buying. The fact remains, however, that Nintendo has severely limited the impact that the NES Classic Edition has by producing the console in such conservative quantities and by not allowing preorders on it. That’s a shame, too, as it has been one of their most popular products in years. 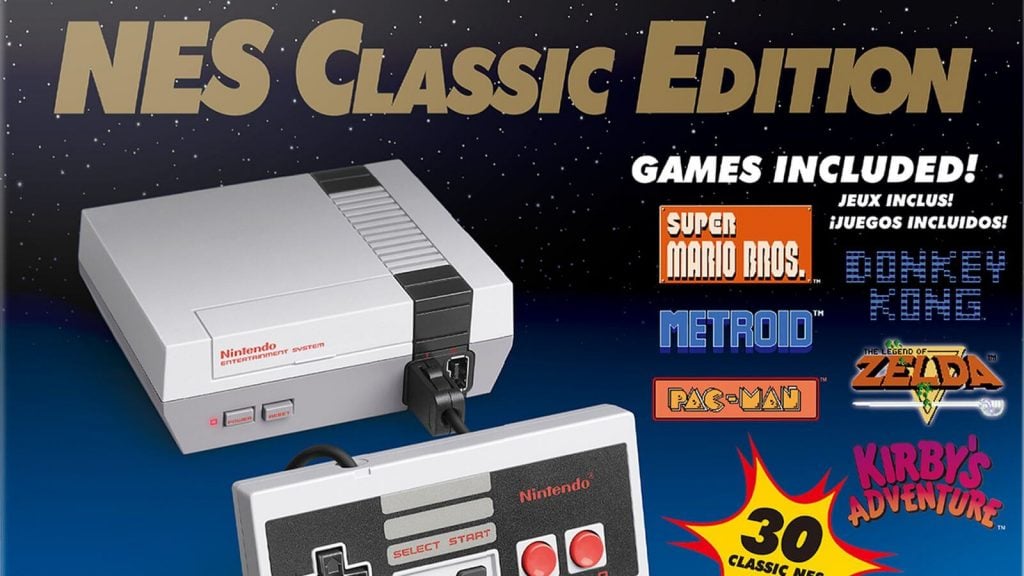 Out with the Old, In with the New

It was an average year for Nintendo. Despite the excitement surrounding the soon-to-be-released Switch and the brilliance of the NES Classic Edition, the latter’s supply chain issues and the former’s late announcement limited what could have been a defining transitional year. While Nintendo has ultimately made it out of the year relatively unscathed, it squandered precious months of marketing potential while seeking the perfect way to reveal the Switch. Had the Switch trailer released at E3, for instance, Nintendo would have had more time to carefully market the Switch to consumers and more time to gradually put the Wii U to rest. That coupled with a Wii U price cut, better management of the NES Classic Edition, and a stronger first step into mobile would have been enough to make the year one that stood on it’s own laurels, instead of a testing ground for Nintendo’s forays into mobile and the graveyard of the Wii U. In spite of its shortcomings, the excitement of the Nintendo Switch, coupled with the release of the NES Classic Edition, as well as a solid first step into mobile gaming was enough to make this year mostly successful for Nintendo.