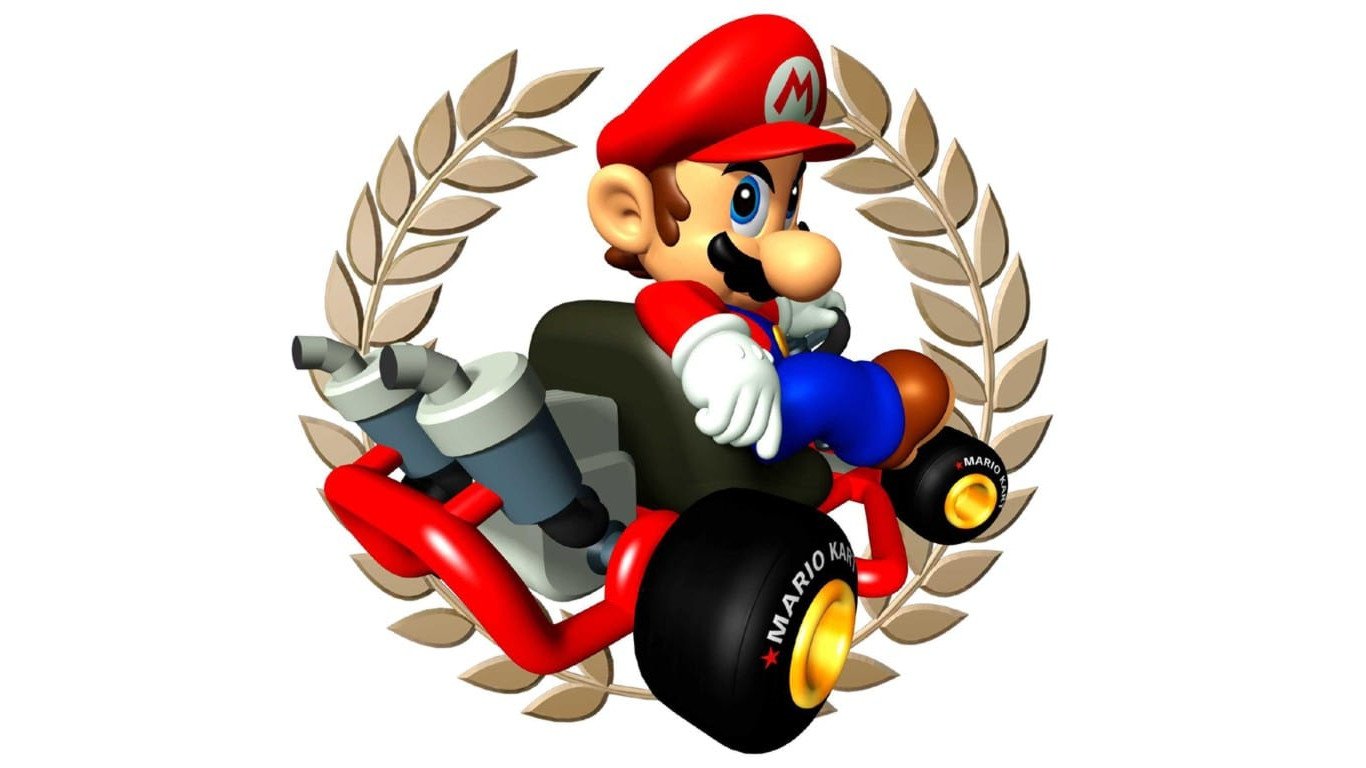 20 years ago today on July 21st, 2001 the first-ever handheld entry in the Mario Kart series was released in Japan. Shortly after its launch across the globe, Mario Kart: Super Circuit for the Game Boy Advance quickly garnered critical acclaim and would later become the highest-rated entry in the franchise to date as it earned a jarring 93 on MetaCritic. Even though it is the fourth highest-selling title to date on its home system — and first place if you do not count those three Pokémon titles above it — after 20 years, Super Circuit always seems to be the one mainline Mario Kart game that fans never talk about. Is it because it is the worst-selling game in the series as it met total lifetime sales numbers just shy of (a still impressive) six million units? Perhaps it is the course and character selection it provided? Did it lack a true multiplayer with Balloon Battle?

Mario Kart: Super Circuit’s 93 on MetaCritic is not simply undeserved praise — it truly is another solid Mario Kart game with all the courses, characters, items, songs, skills, and even Balloon Battles you would expect to see in any other entry. It does not lack any of the bells and whistles found in a traditional Mario Kart game as it keeps its heart and soul completely intact. Looking at its modern stance in the franchise, though, Super Circuit is evidently the Mario Kart game with the least impact on its future entries as it only offered courses that would later make a comeback. Even if it is a grand player in the Game Boy Advance’s tremendous catalog of titles, Mario Kart: Super Circuit offered nothing new to experience outside of being the first on-the-go way to play Nintendo’s best racer series.

Out of all the entries in the Mario Kart series, Super Circuit comes in first place with the most mysterious development history — because it quite literally does not have one documented. The game was announced in a press release from Nintendo on August 9th, 2000, and made a couple of cameos at conventions before its release. Unlike the other Mario Kart entries that came with swarms of magazine interviews, screenshots, betas, and the lot, Super Circuit’s history landed in a time where it made its way to the market shortly after its initial reveal. Outside of the fact that the game was originally titled Mario Kart Advance but was later changed to Mario Kart: Super Circuit for its international release, there truly are no other nuggets of history to reflect on leading up to its release. Like its predecessor Mario Kart 64, the game did receive an entertaining animated commercial in Japan that is still well worth a watch, though!

Of all the developers over time to have touched Mario Kart’s race to fame, Intelligent Systems is definitively the odd player of the batch. The Advance Wars and Fire Emblem developer had never worked on any type of kart racer before, but Nintendo still placed the first-ever handheld Mario Kart game in their hands. While it is unknown as to how they came into possession of the franchise, Super Circuit was not the developer’s first rodeo with the company’s mascot as they previously had developed Paper Mario for the Nintendo 64 and Mario Paint for the Super Nintendo Entertainment System. Intelligent Systems had clearly proven themselves to be worthy of Miyamoto’s red plumber, and as to be expected, the developer delivered on their own high-quality standard when asked to make his next high-speed competition.

Super Circuit was a weird hybrid backpedal from Mario Kart’s jump into the third dimension due to the Game Boy Advance’s hardware limitations. After making such a drastic jump to 3D with its first follow-up, Intelligent Systems had been placed in a large conundrum; Mario Kart had to somehow stick to its latest roots while accommodating for the handheld’s capabilities. The result was nothing short of impressive as the developer created a gorgeous Mario Kart game for the GBA that was on par with the aesthetics of the Nintendo 64 title. Between the atmospheres and the character models, Intelligent Systems did a notable job creating a 3D but 2D look for the first handheld Mario Kart along with gameplay that attempted to merge both of its predecessors together. Super Circuit was exactly what you would expect from a Game Boy Advance iteration of Mario Kart.

It may have lacked the 3D precision that the Nintendo 64 flaunted, but Super Circuit was still able to take in its console counterpart’s gameplay aspects by reworking them on top of the SNES title’s foundation. Super Circuit was tighter, cleaner, and fancier than Super Mario Kart had ever been despite the smaller screen space and hardware it had to work with. It adopted a similar control scheme to that title while inheriting its sequel’s more impressive atmosphere and technicalities. Not only was it a better-looking game thanks to its admirable sprite work, but Super Circuit did not skimp out on bringing what Mario Kart 64 had to offer to the portable market as it just about updated the first entry to the modern standard the handheld platform had been achieving.

While the result of all the fine-tuning and reworking for a 2D Mario Kart was remarkable, Super Circuit still did not offer anything new to the franchise’s core experience — once again, it was simply a portable interaction. The only area where Super Circuit thrived most in comparison to the other entries was in its massive course selection. Up until Mario Kart 8‘s DLC on the Wii U, Super Circuit shockingly had the most amount of tracks out of any game in the series. Not only did the game have twenty original courses, but it remastered all of the original SNES tracks leaving players with a whopping total of 40 different levels to play on. Outside of new tracks, the game almost made two new contributions to the franchise that would later be adopted into future entries.

One of these additions that would later change the way players compete in Mario Kart was an item that is still lingering in the game’s code. The Triple Banana item that would later be introduced with Mario Kart Arcade GP and Mario Kart DS could have possibly first appeared in Super Circuit. However, the item was cut from the final release along with the Gold Mushroom, Infinite Mushroom, and Fake Item Box for unknown reasons. Upon being reinserted into the game through hacking, the Triple Banana is the only item out of the four that does not do anything when acquired. Whether or not the item would have functioned as it did in its successors is completely unknown, but nonetheless, it is still the first-ever mention of its existence.

In terms of the features that are in Super Circuit’s final release, there was only one aspect of the title that changed when making its way outside of Japan aside from the usual minor sensitive graphical changes most Nintendo games were subject to in its era. Oddly enough, like many other early Nintendo titles that utilized broadcasting capabilities, Super Circuit actually was the first Mario Kart game to have an online feature before DS hit the public. By connecting the Game Boy Advance to a cellular device through the Mobile Game Boy Adapter, players were able to send each other their Ghost Exchange data over the internet through a dedicated Nintendo website. After one year, however, Nintendo shut down the cellular service, permanently killing the first Japan-only Mario Kart online feature. For everyone, including those in Japan, the feature can still be regularly accessed at any time by simply connecting two GBA systems with a link cable.

Even when considering its closed, cut, and included features, Super Circuit’s contributions to Mario Kart are still practically nonexistent. It was a half-step between both of its globally recognized predecessors as it was just the franchise’s first dive into the portable marketplace and nothing more. The main reason likely as to why Super Circuit has become unrecognized by the series fanbase though is because of its multiplayer functionality. Mario Kart will always be a series that is spectacularly accessible to anyone who picks up a Nintendo system and want to play with other people. It is the go-to game to play with friends and practically the face of local multiplayer. However, the same cannot be said for this entry.

While Super Circuit still is notably easy to grasp and difficult to master like its successors and predecessors, its functionality in terms of playing with friends was too complicated for its time and still is now. It is the most complicated Mario Kart to play with friends and not because of its gameplay. For those wanting to play Super Circuit with more than one friend, the Game Boy Advance — or even GameCube Player for that matter — required the usual slew of wired peripherals many adopters did not purchase. On top of this though, unlike Mario Kart DS and 7, the game also did not allow players to simply access almost the entire game with one cartridge. While players were still stuck to using one character, they could only access four of the game’s forty courses if they were not using their own copy of the game. Even with the least amount of peripherals and cartridges required, getting a single round of multiplayer setup could cost upwards of over $500 (4 systems, one cartridge, 4-Player Link Cable).

20 years after its release, Mario Kart: Super Circuit is still a well-rounded Mario Kart title, albeit one that never had the impact or long-lasting legacy of its predecessors. It has never amassed the major followings that the other entries have, but that is certainly not because of its quality. Perhaps its lack of original features and multiplayer barriers is the reason why, but even then, it was still another success for Nintendo. Super Circuit has gone on to be referenced throughout the series, game after game, and has received even three rereleases to this day. The Game Boy Advance was a system chock full of Mario titles and Super Circuit still stands proud on the high pedestal of its competition. Without a multiplayer that can be easily accessed, it will always go down in history as that Mario Kart game many fans played but never jumped back into. Nonetheless, it may not have been a leap forward for the franchise, but Intelligent Systems still created another classic with their first and only racer.