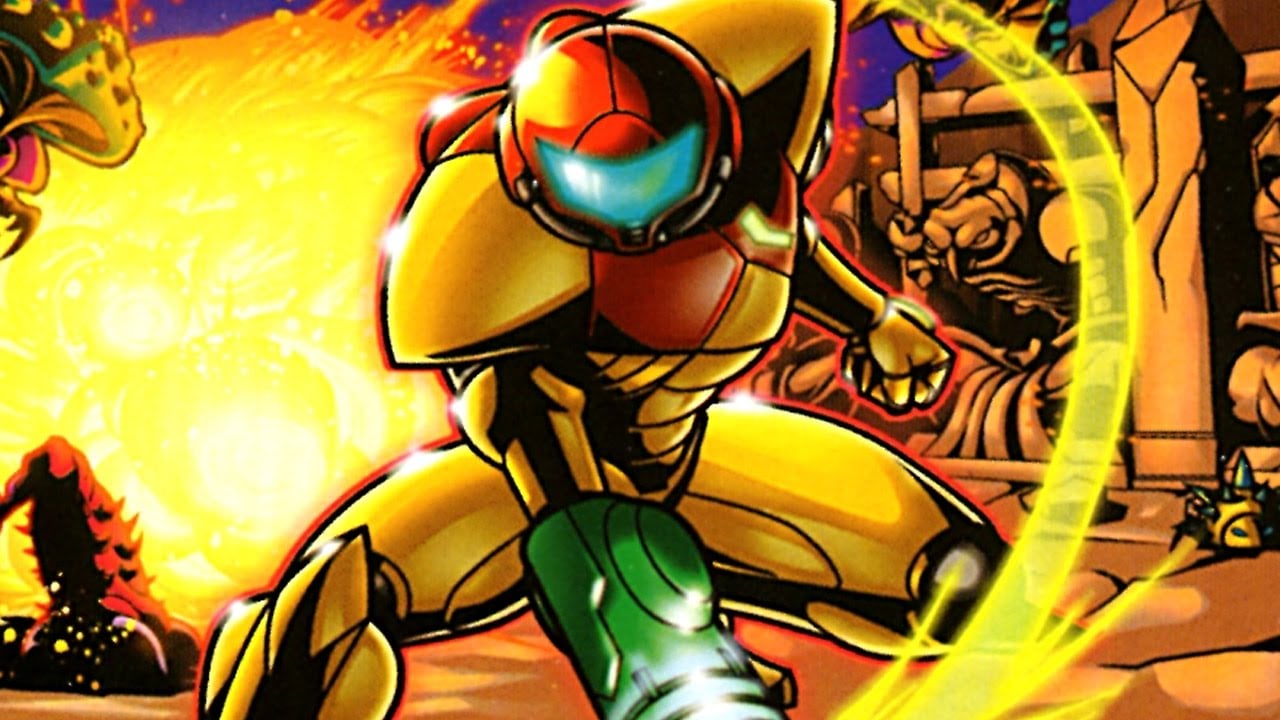 Metroid: Zero Mission is like coming home again. Maybe some of the furniture has moved a bit, your room might have been turned into an office, or perhaps an evil alien race has rained destruction down upon the place where you grew up and turned it into a bio-engineering facility for developing super-weapons. Regardless, there’s a comfortable familiarity and feeling of belonging that can’t be attained anywhere else in the universe, and often that’s the highest compliment that can be paid to any entry in the famed adventure series. Zero Mission‘s entire existence seems predicated on that sentiment, and it proves the point wonderfully.

An enhanced remake of the original Metroid for the NES, the game follows intergalactic space bounty hunter Samus Aran’s return to her adopted homeworld of Zebes, under the suspicion that the sinister Space Pirates have constructed laboratories deep below the surface to perform experiments on a certain energy-sapping life-form. She’s right, of course; having been through the exact same plot in 1986 helps, though this time the story is told in nifty new scenes that flesh out the events a tiny bit more, allowing for cutaways and emphasizing epic showdowns, so while there isn’t really that much more to the narrative, Metroid: Zero Mission feels more atmospheric and in line with its franchise kin.

This strengthening to the mood, so crucial to any Metroid experience, is also bolstered by the many other upgrades this version has received. Visuals that resemble the styles of both Super Metroid and Metroid Fusion (not bad games to be associated with) serve to bring the alien environments alive, whether that be depicting in greater detail the crumbling ruins of an ancient civilization or showcasing the various flora and fauna that creep and crawl through the labyrinthine corridors. Baddies are quicker, more deadly, and gargantuan bosses now loom intimidatingly over the power-suited hero, often filling the screen with their monstrous presence.

Zero Mission is a near-flawless remake…

Not only the sights, but the sounds have evolved as well. While some may wax nostalgic for the tinny bleeps and bloops of the NES music chip, the ambiance of Metroid: Zero Mission is greatly amplified by the ability to portray some relative depth. Old tunes are still recognizable, but now contain somber layers that feel more like the intention behind the original compositions, and the punctuations that occur during important moments add more tension to the proceedings, still able to raise the blood after all these years. Of course, silence is the most important aspect of any Metroid title’s sound design, and that has not been forgotten, as more often than not it seems that the quiet noises of Zebes permeate to the foreground and provide the game’s soundtrack.

So what else is new? Where Metroid: Zero Mission excels in the field of remakes is just how much the familiar has changed. While the layout of the various regions has remained roughly the same, a multitude of tweaks, along with placement of the many powerups scattered about that both rewards and toys with previous knowledge keeps things fresh, playing tricks on the minds of those who think they can rely on memory to coast through. Mini-bosses have also been thrown into the mix to keep players on their toes, but with the additional items, powerups, and SNES-style set of gameplay moves, they shouldn’t pose much of a problem. Lest gamers fear that the enhancements will make Samus overpowered and her quest too easy, just have a go at that pesky Mother Brain again; the ability to shoot diagonally isn’t going to matter much in that challenge.

The biggest and best addition, however, comes as an entirely new section of Zebes to explore, called Chozodia. A plot twist sends Samus running through these archaic halls, with parts clearly inspired by the stealth sequences in Metroid Fusion. Not simply some bonus fan service tacked on as an extra, the region of Chozodia is massive in scope, easily as big as the others, if not larger than most. Hieroglyphs adorning the walls give the area its own distinct flavor, and a great sense of being part of a larger story. This is how the best Metroid games narrate: through the environment. Chozodia deepens the mysterious Metroid lore even further, giving a sparse but fascinating tale even more information to puzzle over.

The existence of this new area helps with Metroid: Zero Mission‘s one flaw: its pacing. While the original Metroid required players to draw maps and return to rooms over and over again to discover the hidden paths necessary to progress, Zero Mission essentially hands over the route. Chozo statues located throughout become guides, marking objectives that clue in as to the whereabouts of secrets. This gives the game a more linear feel (again, similar to Fusion) that wasn’t present in the more organically designed and exploration-heavy predecessors, and shortens the experience. There are a couple of moments that may stymie even veterans, but those who learned from a fast bird how to execute a super jump should be able to figure out what to do.

These small nits don’t take away from the overall incredible job Metroid: Zero Mission does with reminding players why this franchise is still the best in the genre. Samus’ return to the events that started it all is how remakes should be, with upgrades that ease newcomers in and plenty of surprises to keep longtime fans happily engaged, and more importantly, feeling like they’re home.