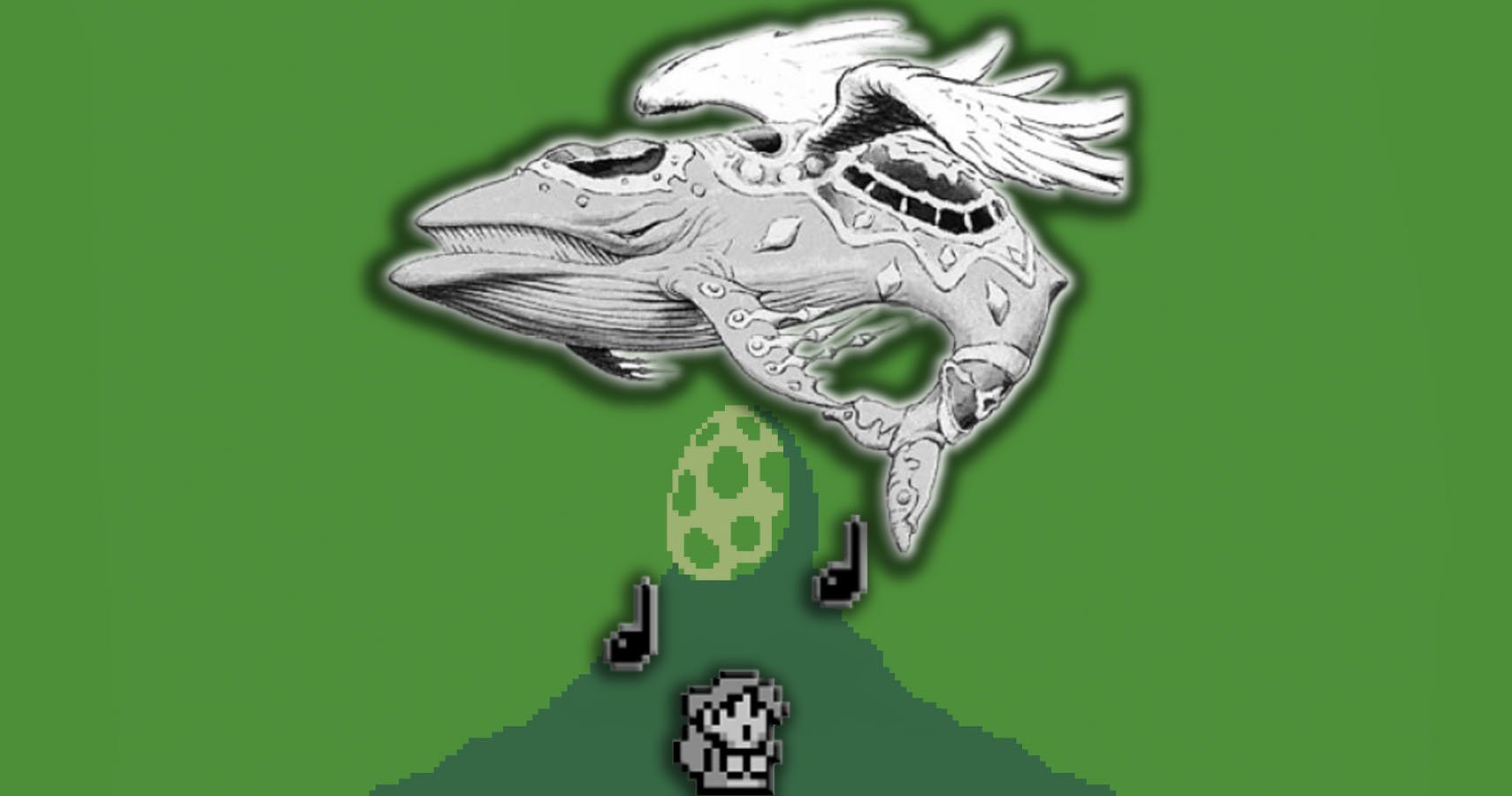 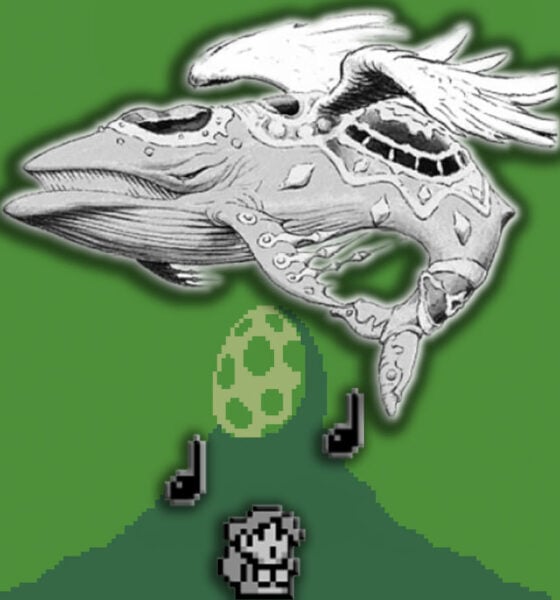 The Legend of Zelda: Link’s Awakening is a dream in black and white or pea soup green.

This article contains major story spoilers for The Legend of Zelda: Link’s Awakening

Nothing dates a work of art faster than monochrome. At least on a surface level. It’s not uncommon for audiences to dismiss a lack of color as outdated or aesthetically inferior to the colorful offerings of modern day. This applies to black and white movies most prominently, but hits games just as hard. Who wants to play a Game Boy game in black and white or pea soup green when the Super Game Boy, Game Boy Color, Game Boy Advance, and simple emulation all offer a “better” alternative? Between its Game Boy Color rerelease and a full remake for Switch, playing The Legend of Zelda: Link’s Awakening in its original black & white seems especially redundant — but this is the wrong way of looking at art. Monochrome is a limitation that evolved into a style for a reason. There’s artistry to appreciate in black & white, and pea soup green.

Monochrome forces creators to get creative. How do you work around the limitation of no color? For older films, it was through careful lighting, cinematography, and camera work. For Link’s Awakening, it’s through thoughtful art direction that leans into the story’s strange premise — an adventurer trapped in a dream. Zelda’s traditional fantasy aesthetic is replaced with palpable surrealism. Link’s Awakening’s writer, Yoshiaki Koizumi, once described the game as like, “Being in a dream that may be yours, or may be someone else’s.” (The Legend of Zelda Encyclopedia Pg 235) It’s easy to see where he’s coming from. The franchise’s identity is still very much intact in Link’s Awakening, but rounded out by outer-franchise oddities that create a natural disconnect between what you’d expect from a Zelda game and what you’re actually getting. It’s almost like playing a parody.

“Maybe that’s why we had so much fun making it. It was like we were making a parody of The Legend of Zelda.”
–  Takashi Tezuka, Link’s Awakening Director

A raccoon keeps trapping you in the woods until you spray magic mushroom powder on him. You have to help a character from a completely different video game find his golden leaves. A walrus won’t move unless the girl you have a crush on sings for him. A goat catfishes Dr. Wright from SimCity by pretending to be Princess Peach. You trade a Yoshi Doll for a Ribbon for a Banana for a Stick for a Honeycomb for Hibiscus for a Letter for a Broom for a Fishing Hook for a Necklace (originally a Bra) for a Mermaid’s Scale for a Magnifying Glass so you can read up on the secret path to the final boss at your local library.

There’s an inherent absurdity at play that naturally lends itself to grayscale. Monochrome adds a dreamlike layer to the game’s already ethereal atmosphere, where the lack of color complements the setting’s surrealist qualities. Several of the game’s set pieces feel like they were ripped out of a dream, simply too bizarre for your average Zelda set in Hyrule but perfectly at home on Koholint Island.

The setting as a whole has a surreal atmosphere. Mabe Village almost seems grounded when Marin first wakes Link up, but quickly unravels as you explore. Koholint is a tropical island where animals and humans coexist in peace. Super Mario enemies roam the land, juxtaposed against your typical Zelda baddies. Frogs and fish compose magical songs while still thinking to monetize their work. A blocked off shrine with a single bed in it lets you dream within a dream. An enormous Egg sits atop a tall, tall mountain range and ancient ruins prophesy the end of this world,

“TO THE FINDER… THE ISLE OF KOHOLINT IS BUT AN ILLUSION… HUMAN, MONSTER, SEA, SKY… A SCENE ON THE LID OF A SLEEPER’S EYE… AWAKE THE DREAMER, AND KOHOLINT WILL VANISH MUCH LIKE A BUBBLE ON A NEEDLE… CASTAWAY, YOU SHOULD KNOW THE TRUTH!”

Stylistically, black and white suits the story’s dreamy flow and weirder tendencies. It gives the game a unique flavor. It’s as if you’re dreaming, which is perhaps fitting given the Twin Peaks inspiration.

“I was talking about fashioning The Legend of Zelda: Link’s Awakening with a feel that’s somewhat like Twin Peaks. At the time, Twin Peaks was rather popular. The drama was all about a small number of characters in a small town . . . So when it came to The Legend of Zelda: Link’s Awakening, I wanted to make something that, while it would be small enough in scope to easily understand, it would have deep and distinctive characteristics.”
– Takashi Tezuka

Link’s Awakening is deeper and thematically richer than it lets on. The script is filled with strange dialogue that feels too self aware and hints at the island’s true nature. “Dude! You’re asking me when we started to live on this island? What do you mean by ‘when?’ Whoa! The concept just makes my head hurt!” The game changes your name to THIEF if you steal from the shop, permanently overwriting your file and forever shaming you, “Guess what?  You got it for free. Are you proud of yourself?” — like guilt seeping into a dream.

Owl Statues offer off-putting omens and muse on the nature of dreams. “SEA BEARS FOAM, SLEEP BEARS DREAMS. BOTH END IN THE SAME WAY / CRASSSH!” represents the jolt of waking up from a dream — the sudden end of everything around you. “THE WIND FISH SLUMBERS LONG… THE HERO’S LIFE GONE…” is an ominous message that suggests Link may have died in his shipwreck, but doubles as a potential warning against escapism. So long as Link remains in the dream, the waking world has no hero. If you never stop playing the game, you’ll never live your life.

In some ways, black and white is more appropriate given Link’s Awakening’s tone and themes. It places greater emphasis on the surreal and gets you thinking deeper about the story’s messages. Link’s Awakening can be genuinely thought provoking at times. Marin has a surprisingly poignant arc. She’s a figment of a fish’s dream, but she has her own dreams and desires nonetheless.

“If I was a seagull, I would fly as far as I could!  I would fly to far away places and sing for many people! …If I wish to the Wind Fish, I wonder if my dream will come true… … …”

The concept of sharing your dreams is expressed figuratively and literally. Link and the Wind Fish both influence the dream they’re in. Marin looks like Zelda while the owl acts as the Wind Fish’s subconscious of sorts. Most of Koholint’s strangeness can be attributed to the Wind Fish, but Link’s personality seeps through in other ways. Marin seeing the world could reflect his own wanderlust and thirst for adventure. The final battle represents Link’s deepest fears manifested: Agahnim, Ganon, never-ending darkness — a “Dark World,” if you will. Our dreams are ultimately reflections of ourselves. What we want, what we fear, what we think we are and aren’t.

So much of the game and story feels designed around simply capturing the experience of being in a dream. Nothing ever quite feels real, but everything makes sense in the moment. It’s only on reflection where the absurdities truly stick out. The most jarring Link’s Awakening gets is when the game’s bosses, Nightmares, abruptly start addressing the dream’s end roughly halfway through the story,

Escalating the conversation with each fight,

“Okay, listen up! If the Wind Fish wakes up, everything on this island will be gone forever! And I do mean… EVERYTHING!”
– Sixth Boss

The Nightmares want you to feel like you’re better off in the dream and the game. “My energy…gone…I…lost! But you will be lost too, if the Wind Fish wakes! Same as me…you…are…in… his… dream…” Link’s Awakening’s aesthetic and atmosphere never stop being lighthearted, either, which makes the sudden shift in tone all the more unsettling. It’s as if the game itself doesn’t want to be over.

But everything has to end, good games and dreams alike. Koholint’s disappearance when all is said and done feels symbolic of the impermanence of dreams. Once they’re gone, they’re gone. This idea comes to life in the story’s last act. The dream ends when the game ends. You decide when your time on Koholint Island is up. You have to wake the Wind Fish yourself and watch as the world slowly fades out of existence screen by screen. It makes the finale more powerful and surreal. The Legend of Zelda is supposed to be about saving the world, not ending it. Almost as a comfort against this fact, the game offers a warm reminder you dreamt at all.

“BUT, VERILY, IT BE THE NATURE OF DREAMS TO END! WHEN I DOST AWAKEN, KOHOLINT WILL BE GONE… ONLY THE MEMORY OF THIS DREAM LAND WILL EXIST IN THE WAKING WORLD… SOMEDAY, THOU MAY RECALL THIS ISLAND AND… THAT MEMORY MUST BE THE REAL DREAM WORLD…”

Link’s Awakening DX and HD illustrate that color in no way takes away from Koholint’s atmosphere or sense of style. Both titles respectively modernize the original’s art style while staying true to its direction. That said, there’s just something so natural and at-times stunning about Link’s Awakening in black and white or shades of green. It’s not bright or vibrant, but it has soul and a uniquely moody atmosphere. Limited color simply makes sense for a game that’s so surreal, strange, ethereal, and out of place and time — as charming as it is funny and somber. The original Link’s Awakening really is a monochrome dream.