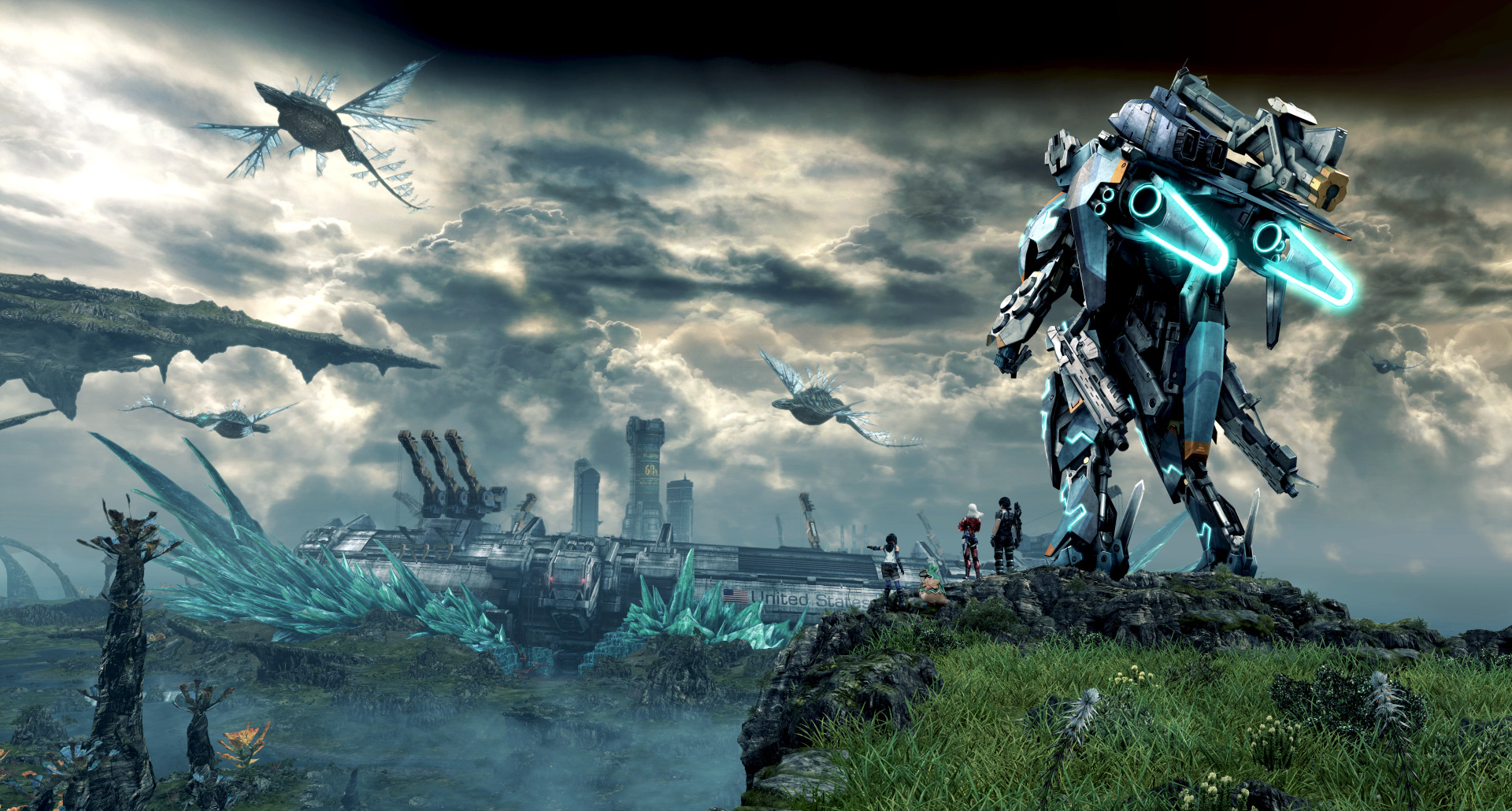 I’m not ashamed to say that I’m not exactly a hardcore role-playing game guy. For whatever reason, as I’ve gotten older, my gaming tastes have sharpened to focus on games without stats, whether that be a Mario platformer, indie puzzler, or the latest Zelda. In fact, I’ve rarely even given RPGs a chance since the 16-bit era, and after playing (and falling in love with) Earthbound for the first time earlier this year, I was ready to hang up my grinding hat and call it quits on a genre that it seemed had passed me by. But just when I thought I was out, they pull me back in.

Despite having only played 8 hours of the original Xenoblade Chronicles before giving up during a frustrating boss battle that was trying to teach me a new technique I clearly wasn’t able to understand, every time I saw a new trailer for Monolith Software’s latest magnum opus for the Wii U, I felt the familiar pang of desire. Like most gamers and birds I’m attracted to shiny things, and so, because of that and a few other reasons, I bought the game. So as someone for whom the concepts of buffs, debuffs, combos, classes, arts, skills, BLADE levels, regular levels, armor levels, weapon levels, weapon upgrades, Skell upgrades, and some relationship meter based on ‘affinity” do not come naturally, is a game as complex as Xenoblade Chronicles X seems even playable, let alone enjoyable?

After about 30 hours in the answer is a resounding yes for me, but like with losing weight eating nothing but Subway or miracle hair-growth elixirs, results may vary, so here are a few thoughts on some of Xenoblade Chronicle X‘s main attributes:

There’s no way for me to sugar-coat this: if the primary reason you play RPGs is for a compelling story and interesting characters, X may not be for you. The elements are certainly in place; there’s a war for humanity against a mysterious alien opponent that’s out to exterminate earthlings, and plenty of political intrigue and dramatic background to reveal, but a few things make all of this less than interesting. For one, the protagonist is subjected to the standard memory loss device, but never speaks anyway, which makes him or her even more devoid of personality, and the often repetitive dialogue of side characters is delivered at a pace that suggests the characters just learned the language, and are making sure they get each and every syllable right. Teammates do have secrets in their past, but flat, monotone recitals of what just feels like exposition sap any emotion. Thank god for Tatsu, who injects some actual life into interactions. Still, story missions are also spread out so much (it can be many hours before the main plot kicks in again) that any details of what was going on are hard to remember anyway, so the power of what little melodrama there is fading considerably, only loosely holding the game together. It’s evident that the developers placed higher emphasis on exploration, as the story in Xenoblade Chronicles X feels more like an afterthought. This is not a bad thing for me; I wasn’t expecting Final Fantasy VI, but if you like your RPGs with a meaty tale, be forewarned.

Reactions to the size of Xenoblade Chronicles X‘s open-world can both delight and intimidate. The scope is incredibly massive, to the point where I’m amazed Monolith could not only pull this kind of epic scale off but also keep the loading times to an almost unnoticeable minimum. It seems like there are literally thousands of things to do and keep track of, from a Hydra-like mission board that generates two new quests for every one accomplished, to a percentage counter-keeping track of the amount of Mira you’ve uncovered that rises at a snail’s pace. Now, as someone whose games usually have a defined set of short levels or puzzles to solve, I admit that I was a bit tentative about diving into this nonlinear epic, but so far I’ve had no trouble easing myself into X. The world is large, huge, enormous, and colossal, yes, but a very informative map on the gamepad coupled with an excellent fast travel system means getting around, as well as knowing where to go in the first place, is fairly simple. Patience is the key to keeping things under control, and a mindset for exploration. The reward is the uncovering of magnificently beautiful vistas, an abundance of nooks and crannies with hidden treasures tucked away, and a feeling that the planet Mira really is one big, intertwined ecosystem, populated by a host of visually stunning beasts, both small and awe-inspiring.

Whether an old RPG pro or a newcomer to the genre, this is where Xenoblade Chronicles X truly shines, and the main reason that over 30 hours in, I’m having a hard time putting the controller down. At the center is the combat, which is a very similar and refined version of the system used in the Wii’s Xenoblade Chronicles. For those unfamiliar, instead of a turn-based format, how combat in X works is more free-flowing and natural, with a collection of “arts” that your protagonist can use, each with various effects and cool-down periods. Players are free to apply these as they like, whether bombarding enemies with one after another, stacking combos to deal the most damage, or doling them out carefully, picking strategic moments. Positioning also matters, so movement while attacking can be key to finding a weak spot. What this all means is that players are constantly engaged during battles, never waiting for their turn; you are always pushing buttons, and that makes grinding for XP so much less of a grind. This style of combat is ideal for non-RPGers, who are used to more direct control; with X‘s system, that’s exactly what it feels like you have. If you played the game’s predecessor, Xenoblade Chronicles X will fit like a glove, but newcomers should check out the digital manual accessed from the pause menu to learn some of the nuances. Everything feels very intuitive and satisfying, making the gameplay of Xenoblade Chronicles X absolutely addicting.

Is Xenoblade Chronicles X the right RPG for the non-RPGer? That depends on what you’re looking for in a video game, but if you’re into amazingly gorgeous worlds populated by imaginative creatures, engaging gameplay bolstered by fluid combat, and consider good storytelling in games to just be a bonus, then don’t be afraid of the size and scope; Xenoblade Chronicles X is a Wii U experience to immerse yourself in, a fantastic adventure definitely worth checking out.