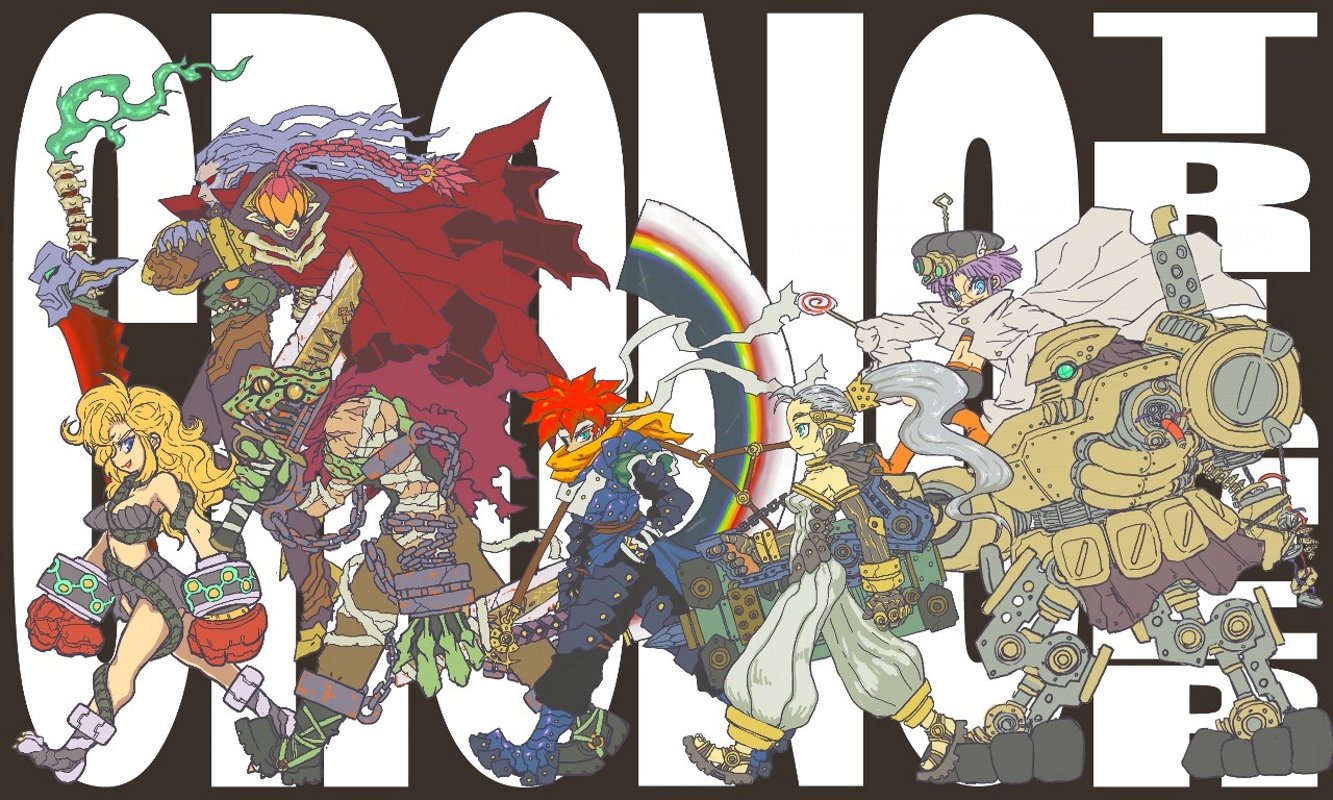 Chrono Trigger, One of the Greatest Stories Told in the Medium

In the discussion about video games as art, one subject that almost never comes up is how games handle their narratives.  That’s not without reason; given the interactive nature of games in general, the narrative within them is almost never the selling point of the experience. John Carmack, the creator of Doom, once liken the narrative of a video game to the narrative of pornography. But in many cases, especially in recent years and within certain genres like JRPGs, narrative has become something of a necessity. Still, it seems that most discussions in games tend to either dismiss narrative altogether or insist that it complements the gameplay.

Whether the narrative actually does or not, and it admittedly doesn’t very often, it does take away the ability to appreciate a well-told story from those who, at this point, have become some of the most under-appreciated storytellers of our generation. What this series of essays hopes to accomplish is to fill that void; to look at some of the most celebrated (and not-so-celebrated) games and observe their narrative aspects a little deeper. To understand the world that designers have built beyond the gameplay aspect. And perhaps one of the best places to start is with is what is considered to be one of the greatest JRPGs of all time, and one of the greatest stories told in the medium; Chrono Trigger.

Any retrospective/review of Chrono Trigger would be redundant at this point; by default, it’s the internet’s favorite JRPG, perhaps the ultimate SNES RPG experience not named Final Fantasy VI.  The battle system is simple but intuitive, grinding isn’t a major issue in terms of experience, the set pieces are breathtaking even for a 16-bit game, and despite the time-traveling aspect being ripe for convolution, the story is perhaps the easiest to follow in any JRPG. That’s perhaps because of the game’s ultimate plot; preventing a cataclysmic, extinction-level mega-threat from destroying the world before it ever occurs.

The premise is nutty enough to be a narrative setup for a video game, but there’s some real human depth in there.  After all, what’s more human than coming to terms with the existence of your species being finite.  Fortunately, the game’s narrative stays on task of the plot at all times, especially after a couple of hours in the game, where players are introduced to Lavos, the destroyer of this tale, for the first time.  Better still, there’s no contrived predetermined destiny that the heroes are looking to accomplish; the actual quest begins with a decision to do something about in upcoming disaster.  Yes, stumbling onto a time-wrap is how the game begins, but the main plot doesn’t set into motion until this.

Everything leading up to that point is incredibly circumstantial: the festival, the accidental time rift, the quest inside that creepy church, the trial after; there’re all random mishaps that occur along the way leading to Lavos’ introduction.  That’s pretty profound given that video games often start out with the heroes of the story either already being involved in some undisclosed conflict beforehand or being chosen by some prophetic gobbledygook.  Crono isn’t even some warrior prodigy; he’s just a kid who can handle a sword.  Lucca is just a science geek whose malfunctioning invention sets thing into motion, Marle is just a run-of-the-mill rebellious teenager in spite of her opulence, and even Frog is just a guy who helps out in spite of how he became a frog in the first place.  Whatever the reason behind scenario writer, Masato Kato, and lead writer, Dragon Quest’s Yuji Horii’s decision to go with down-to-earth characters that get swapping into a time-splitting adventure, it was a decision that would make this tale all the more relatable.

This also gives some depth behind the conception of Lavos as well.  Everything about Lavos is played to be less like some abnormal presence that causes the world to go hell and more like an impending natural disaster.  S/he arrives in the same fashion as the meteor that eradicated the dinosaurs, has had some kind of influence around worldly events that take place throughout the game, and literally rains a fiery vengeance upon the world.  The middle is perhaps the most important part about the existence of this thing; Lavos never surfaces outside of footage of the calamity that the player stumbles upon during the journey, and yet it is always mentioned as some kind of deity or object of worship.  Both the mystics of the present and the enlightened ones in 12,000 B.C. see Lavos as a godly being, especially after the player discovers that Magus merely “summoned” him/her and didn’t create it.  This has led critics to believe that Lavos is not only a god, but the god, although s/he may have more in common with Lovecraft’s Cthulhu than even the old testament version of the man upstairs.  It was never mentioned that Lavos has even created the world, after all.  This Cthulhu comparison makes the most sense, given that, like Cthulhu, Lavos was worshiped by the misguided, especially the queen of Zeal, who had mad worship over Lavos.  Fighting Lavos also appears to be futile at first, given that the player loses the first battle against him/her, with Crono getting killed in action.

Square is no stranger to narratives that have a group of super-powered regular folks teaming up and going on a suicidal/deicidal journey.  But here, it’s taken to its logical extreme; unlike in most Final Fantasy titles where the main bad guy isn’t revealed until the last ten hours of the game, the player already gets an idea of what he/she’s facing, what s/he can do, and why stopping him/her is absolutely necessary.  There’s no need for a tragic hero in this case because understanding the need to exist to near futility is enough of a tragedy in of itself.  Combine that with the use of time-travel to get the job done, and you have one of the most relatable human stories even conjured into a video game.  And it didn’t have to turn into a David Cage self-serious melodrama in order to do it.

Editor’s Note: This article was originally published on October 2, 2016.